Hino's "Little Monsters" are on an 11-year winning streak

The Dakar Rally, currently being hosted in Saudi Arabia, is a grueling off-road race conducted over thousands of kilometers. 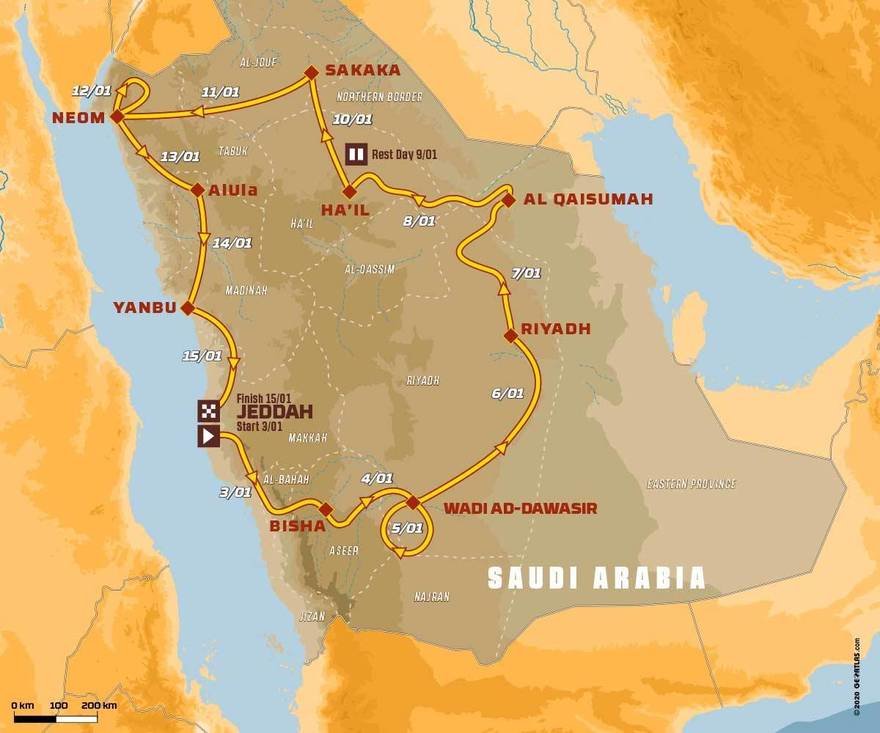 The truck category is perhaps the strangest, particularly to Americans. You won't see any Ford Raptors or Jeep Gladiators here; instead the class is dominated by a Russian company you've never heard of, Kamaz, whose heavy-duty Master truck puts out 1,150 horsepower from a 13-liter six-cylinder turbocharged engine. The Kamaz Master team has won 14 out of the last 18 races. 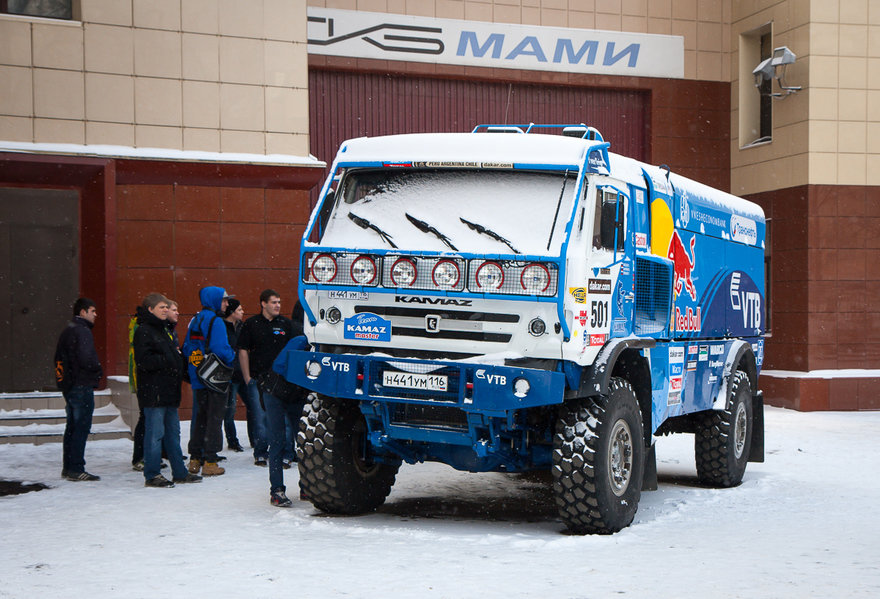 There is, however, a plucky and much smaller competitor in the truck category that's worth watching. Hino, a subsidiary of Toyota known for producing delivery trucks, consistently dominates the Under 10-Liter truck class, winning that category for the last 11 years in a row.

Hino typically fields two trucks in the race, collectively known as "Little Monsters": Car 1 is based on the Hino 500, a/k/a the Hino Ranger, an ultra-reliable delivery truck that quietly executes humble tasks all around the world, most commonly in Asia. The truck has been upgraded for the race with 8.9-liter straight-six turbo diesel putting out 740 horsepower--and carrying a 760-liter (200 gallon) fuel tank. 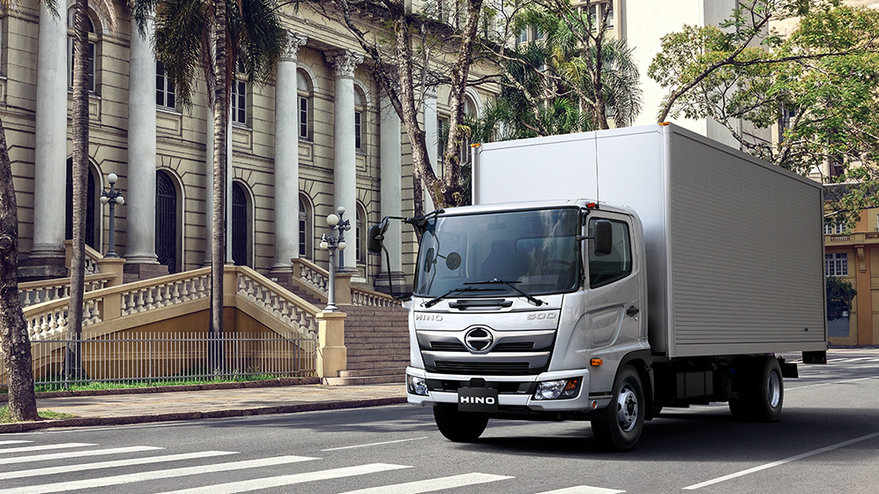 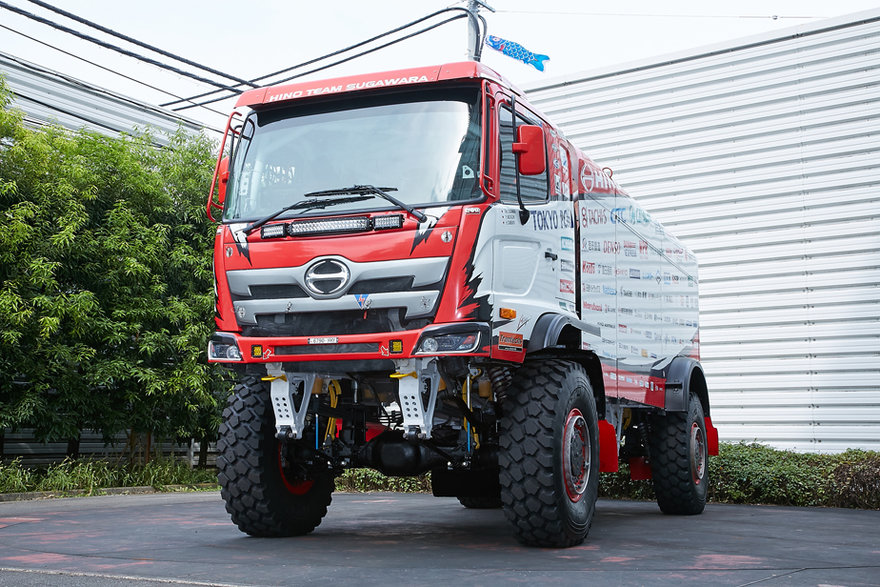 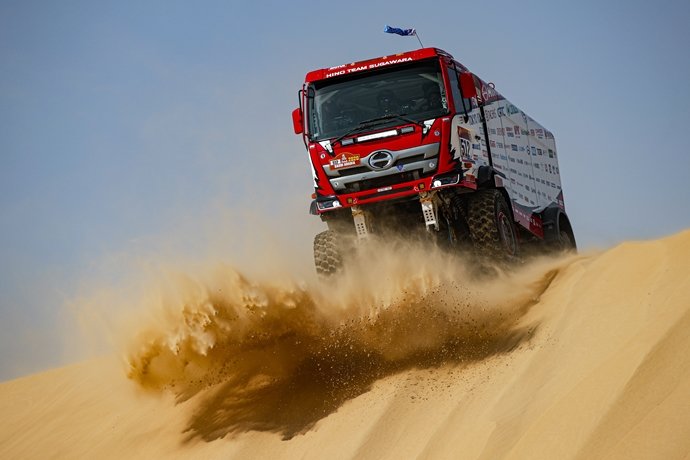 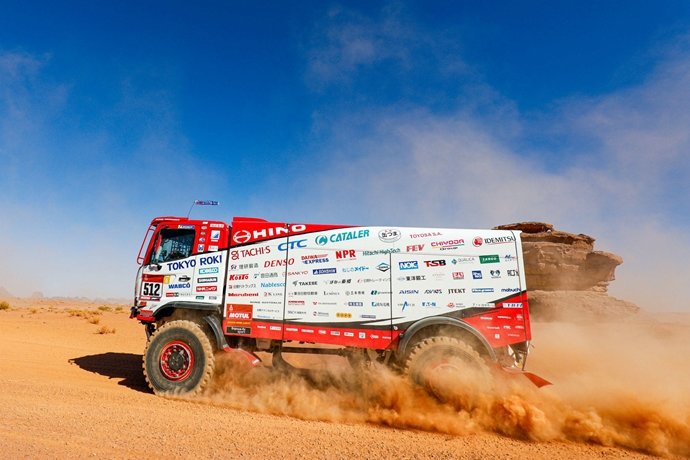 Hino's Car 2 has the same mechanical specs as Car 1 but is based on the Hino 600 North American body style, with the added difference of an automatic transmission. 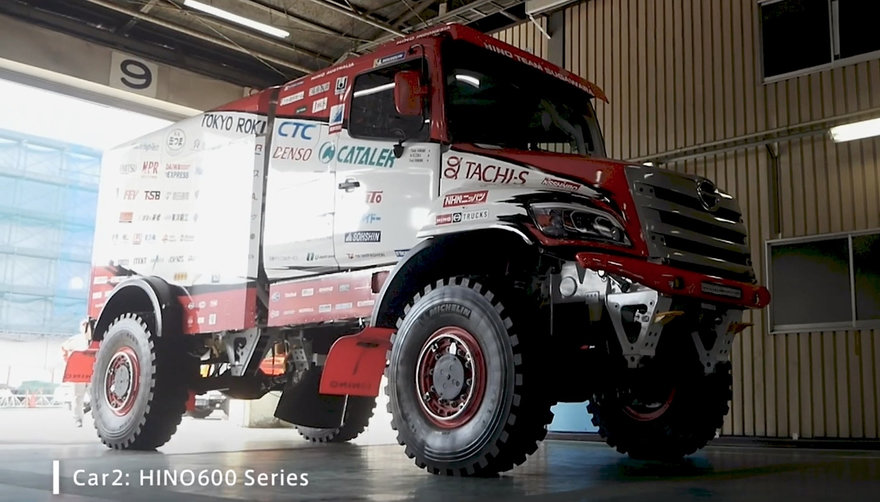 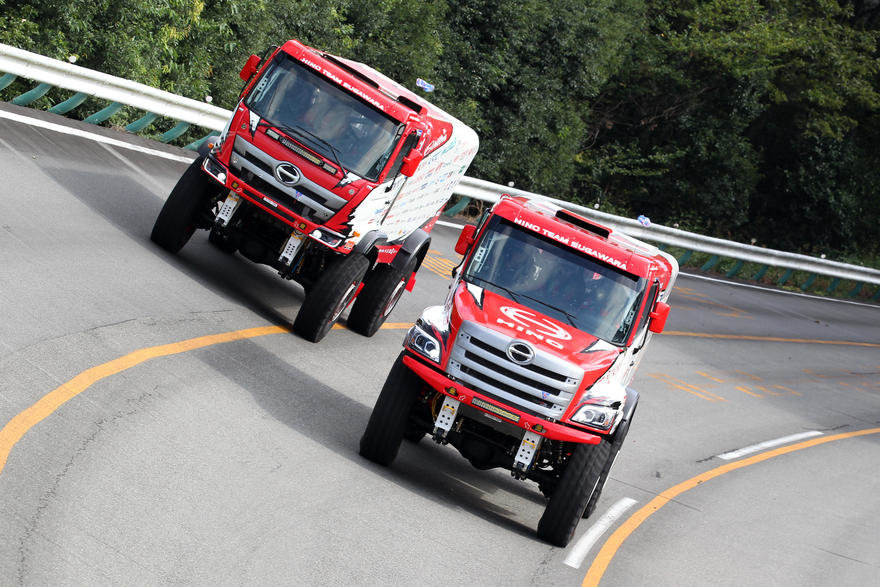 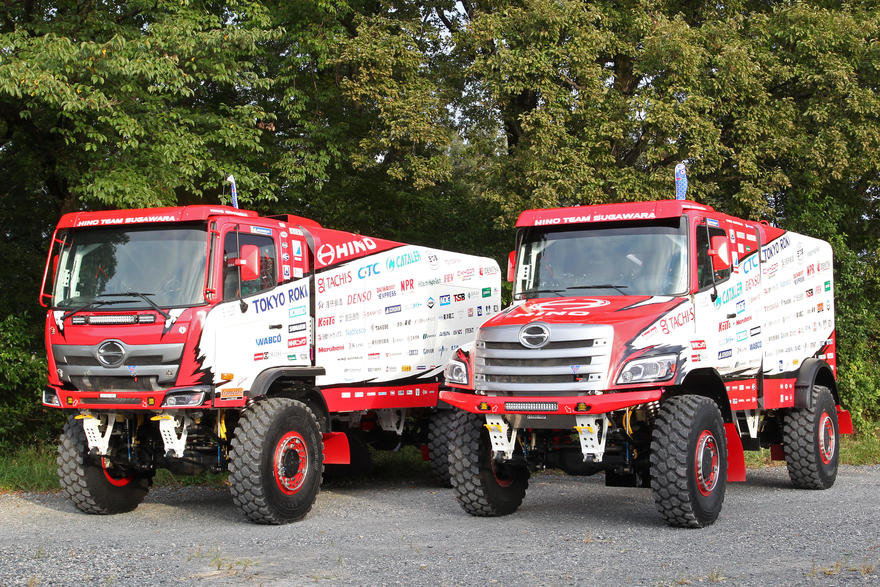 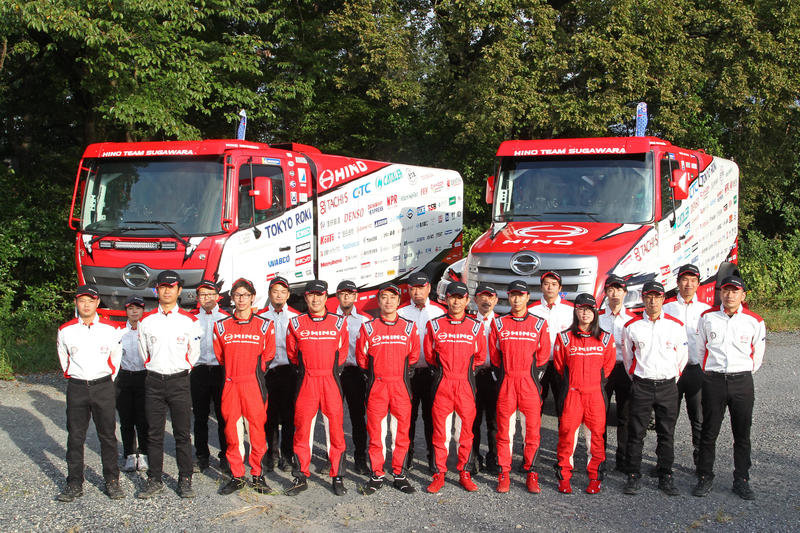 Each truck travels with a 3-person crew: A driver, a navigator and a mechanic (puzzlingly referred to as the "company navigator") for in-the-field repairs. While the drivers and navigators typically come from motorsports lineage, the mechanics are recruited from Hino's dealerships in Japan, which provide their best-of-the-best for consideration. Notably and unusually, for both motorsports and patriarchal Japanese society, Car 2's on-board mechanic last year was a female, Mayumi Kezuka.

Additionally, the trucks are serviced and repaired at the bivouac points by support trucks loaded up with over a dozen mechanics and support crew. 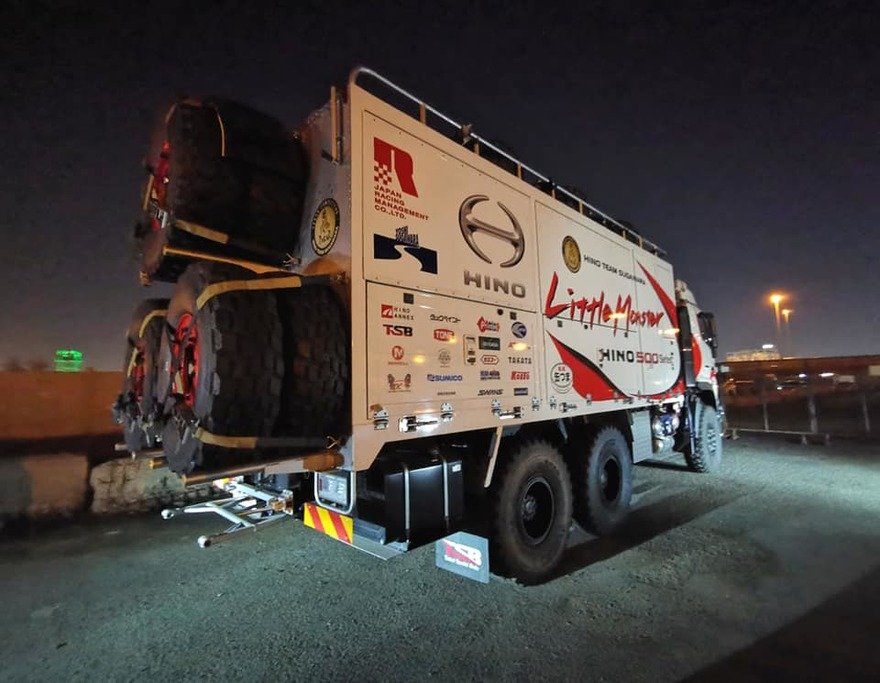 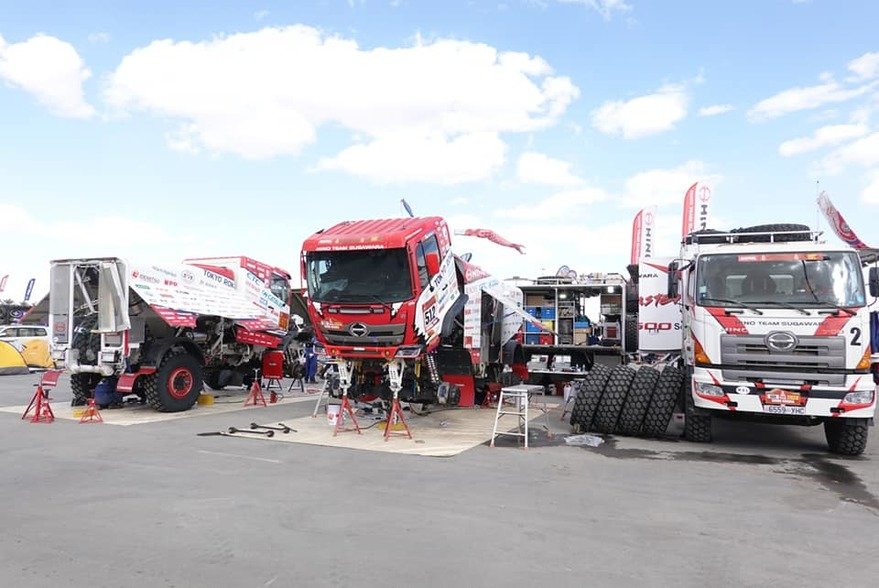 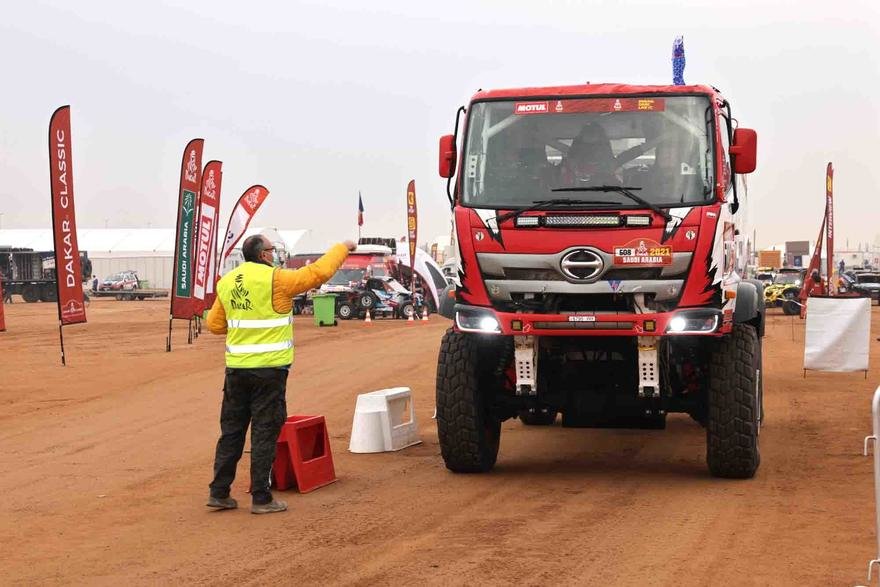 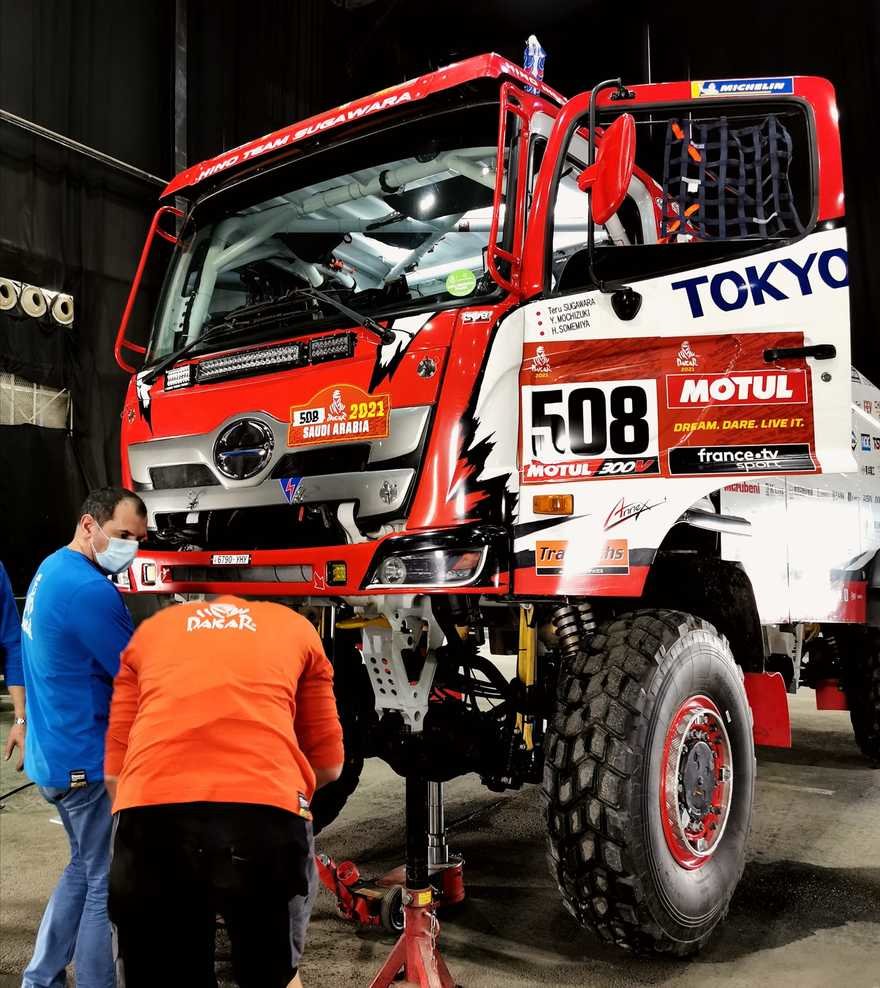 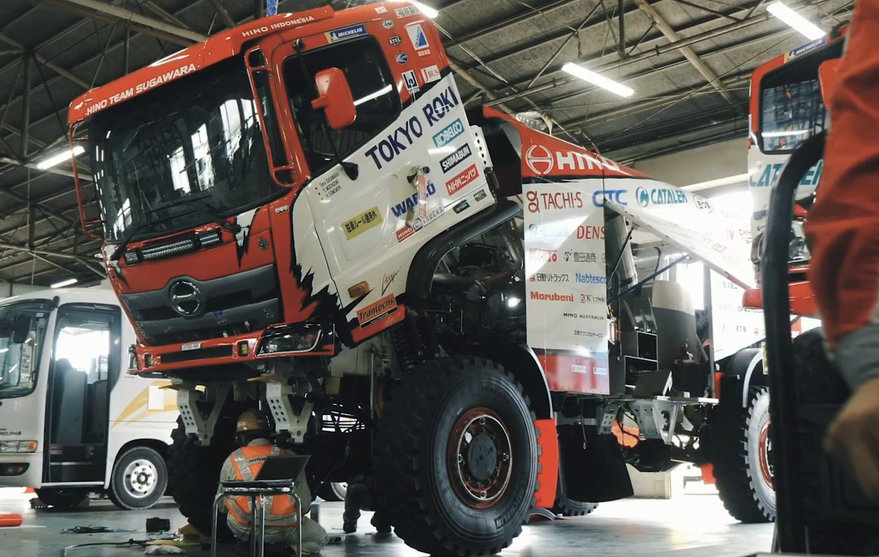 Due to COVID, for this year's Dakar Rally--which is currently underway--Hino made the decision to downsize the amount of people they could send, meaning the support staff has been halved and Car 2 will not be racing. So it's just Car 1, crewed by Teruhito Sugawara, Hirokazu Somemiya and Yuji Mochizuki. As of today they're once again in first place in the Under 10-Liter class, leading their nearest competitor--driving a Mercedes-Benz Unimog--by a comfortable 31 hours. 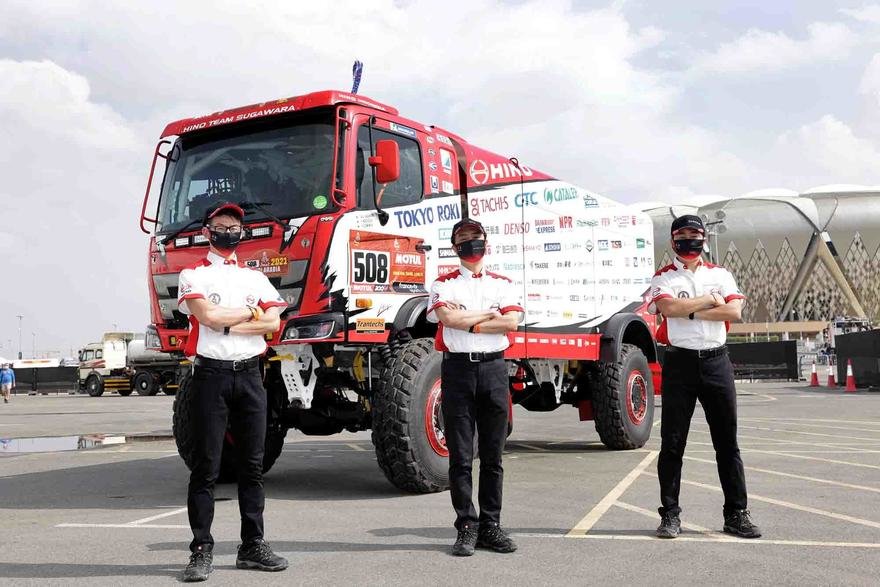 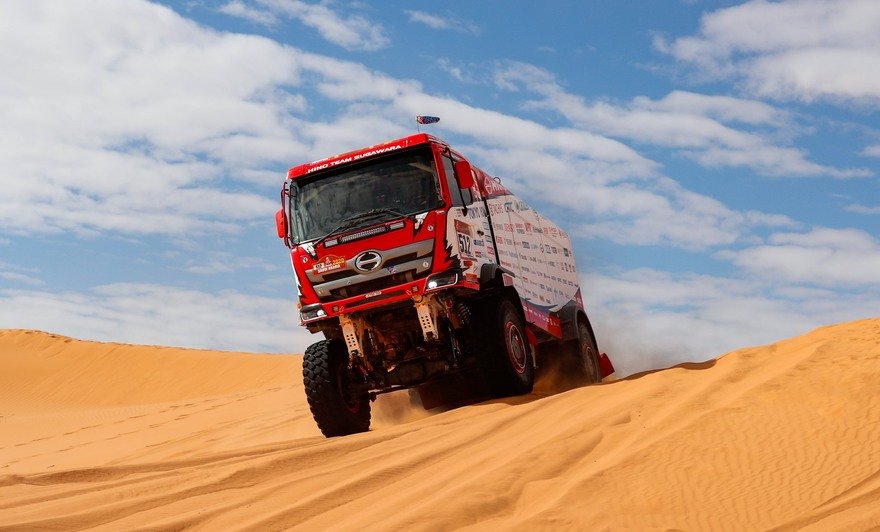 You can keep track of the team's current progress here.

If you want to see some fun action from last year's race, when both cars were competing, check out the videos below. You also get a good look at the behind-the-scenes: