New products that give us access to different fields: What's next? 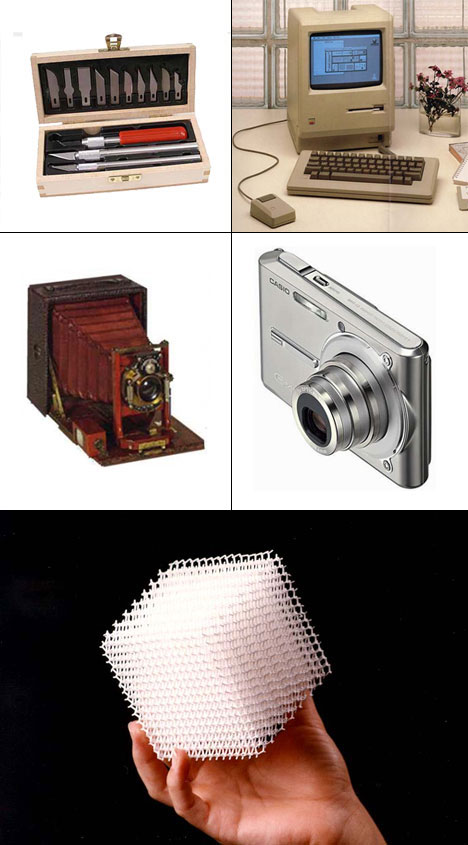 Technology and new products, when designed right, are powerful barrier-lifters that can unlock hidden talents we may have. Consider:

Before the original Mac, the graphic designer's desk was littered with X-acto blades, Letraset type sheets and French curves; the manual skill required to artfully operate those things kept the average Joe out of that game. But after the little beige box and programs like Pagemaker hit the market, suddenly everyone from Soccer Moms to church leaders were cranking out newsletters and flyers. They weren't all good, of course, but there had to have been at least a few people with good graphic sense who would never have tried graphic design the old-fashioned way.

Before digital cameras, any shooter worth their salt had inhaled their share of development chemicals, and the difficulties of learning about f-stops and shutter speeds an expensive 36 frames at a time meant not every Henry would become a Cartier-Bresson. Plus cameras were bulky. But now that they're small enough to carry everywhere, and everyone's got a digicam with absurd amounts of capacity, stock photo agencies like Getty are cruising Flickr, ready to pay the common man who may have inadvertently captured an uncommon shot.

Now that Garageband and iMovie have put musical composition and moviemaking in the hands of the masses, what's next? Will rapid prototyping become so ubiquitous that everyone will become an industrial designer, cranking out little corn-starch tchotchkes and parts on their desktop 3D printers?

Where do you see this trend going?

New products that give us access to different fields: What's next?