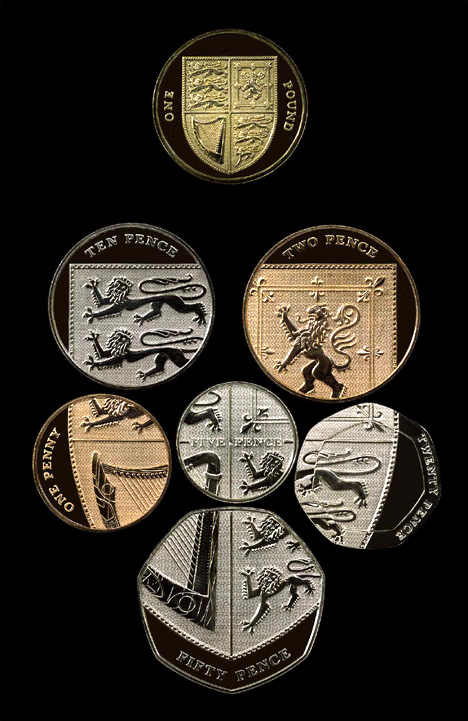 The coinage of the United Kingdom is changing. After almost 40 years The Royal Mint decides to modernize the designs in an innovative and modern way. The new designs have been chosen via an open competition three years ago which attracted some 4,000 entries. The winning designer is 26-year-old Matthew Dent, originally from Bangor who now lives and works in London as a graphic designer.

Even though people might be skeptical about this, we appreciate the fact that Matthew didn't loose himself in the enormous context of history and heritage but also brings in the everyday interaction with coins which is sometimes not about their economic value at all.

Matthew says: "I found the idea that members of the public could interact with the coins the most exciting aspect of this concept. It's easy to imagine the coins pushed around a school classroom table or fumbled around with on a bar - being pieced together as a jigsaw and just having fun with them."

The new coins will be introduced this summer, see more of the new coin designs here.