This week Virgin unveiled the design of their Hyperloop pods. The pods were designed by Teague, and have a puzzling feature: The aisle is elevated, meaning you must step down to reach the seats, and step up to get out of them. 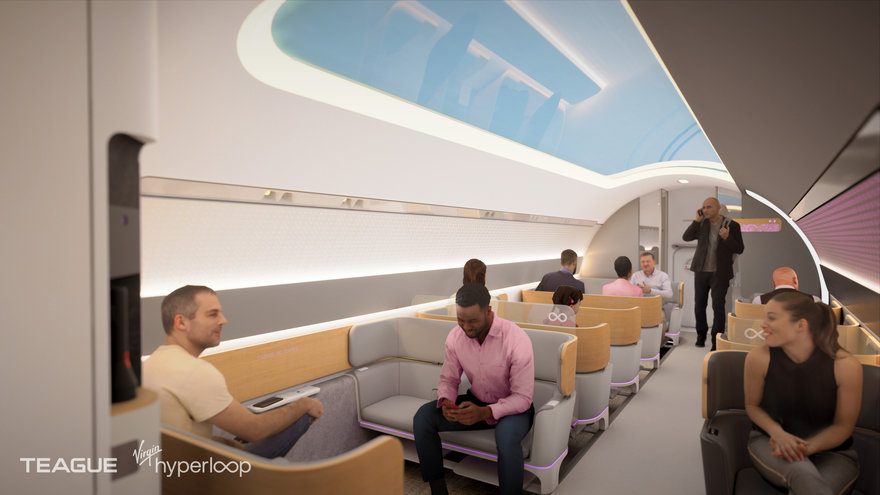 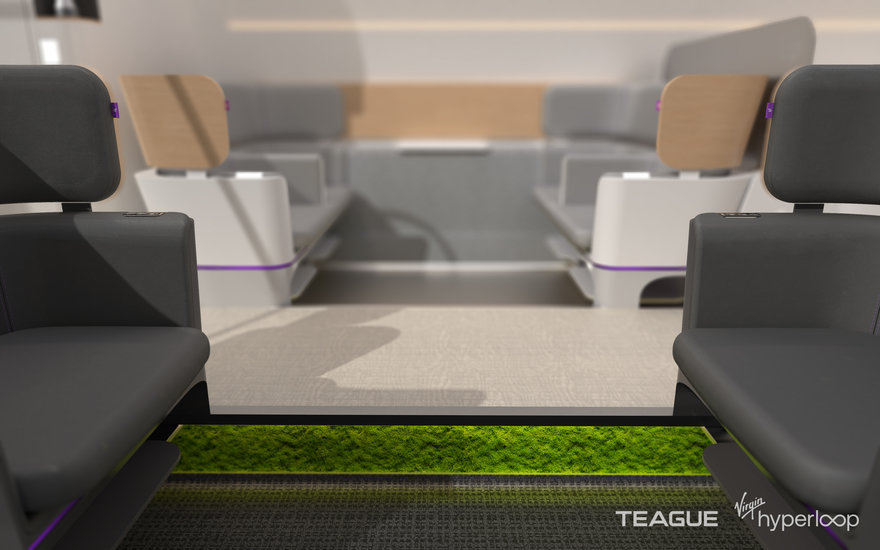 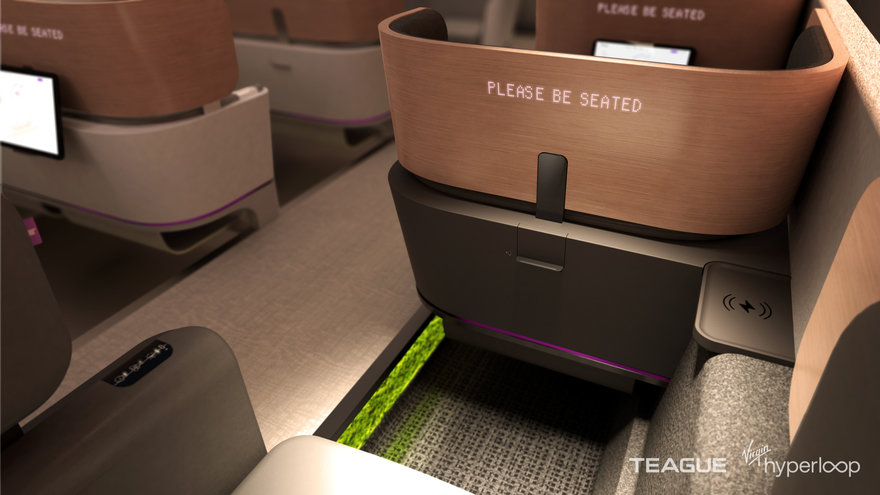 I can't fathom why they'd do this. The explanation provided by John Barratt, Teague CEO & President, is that "Recessed seat wells provide a greater sense of space, while the raised aisle is a touch of the unexpected and unique." 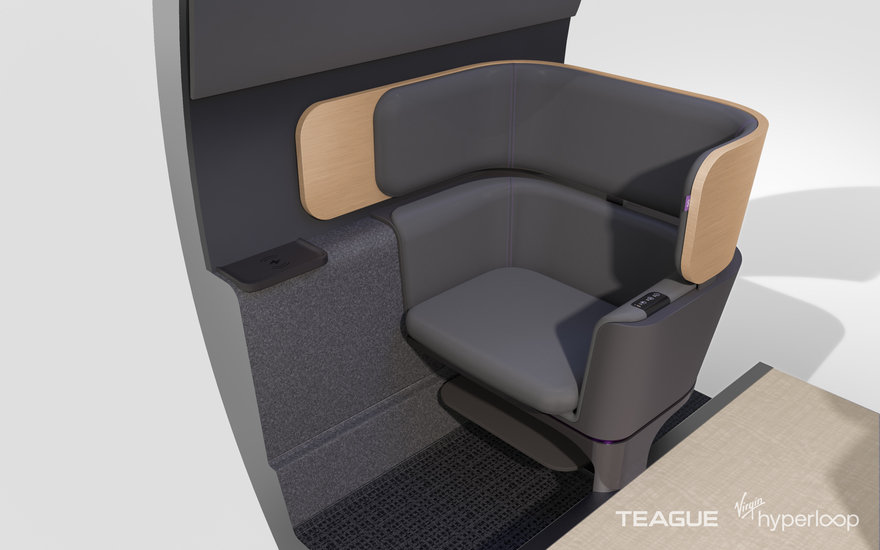 First off, I would imagine climbing down into a seat would actually feel more cramped, in addition to being unnecessarily inconvenient. I'm thinking specifically of the elderly or people with mobility issues, for whom even small steps become something that must be navigated. On top of which, if luggage is allowed in the passenger compartment, you've now got to hoist your rolling carry-on up or down the step. 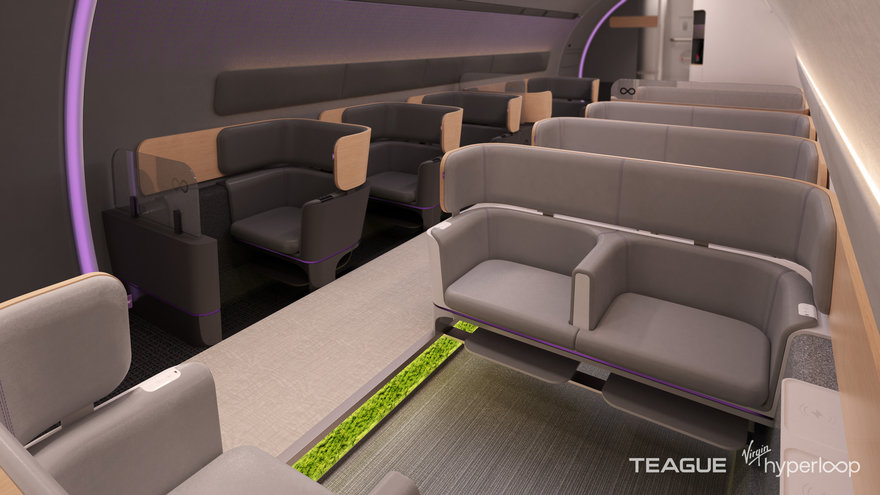 As for the raised aisle providing "a touch of the unexpected and unique," I'm not sure people want either of those things for something as simple as getting in and out of a seat. 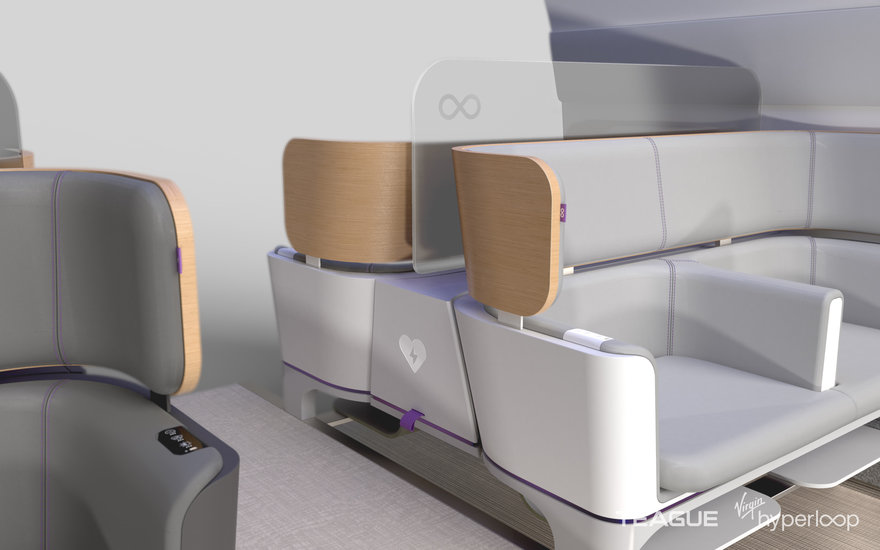 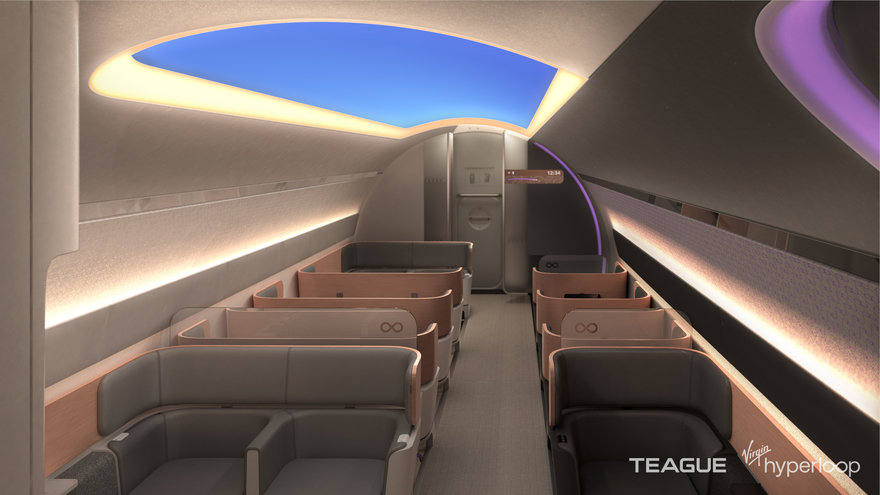 There is a shot of a wheelchair in one rendering--but you can't see the floor in it, so it's not clear how the designers have addressed this; is the wheelchair on a dedicated patch of floor that is level with the aisle? Is there a stop to prevent the wheelchair user from accidentally rolling a wheel off of the edge while entering or exiting the space? 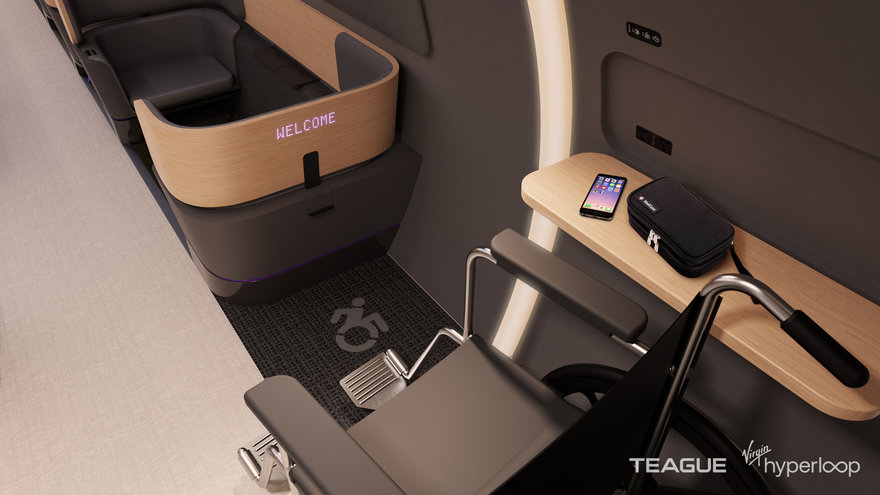 Virgin has also released a video depicting the passenger experience they envision. Notably, at no point is anyone shown actually climbing in or out of the seats:

You folks have any thoughts?