Watch how it works, it's pretty weird 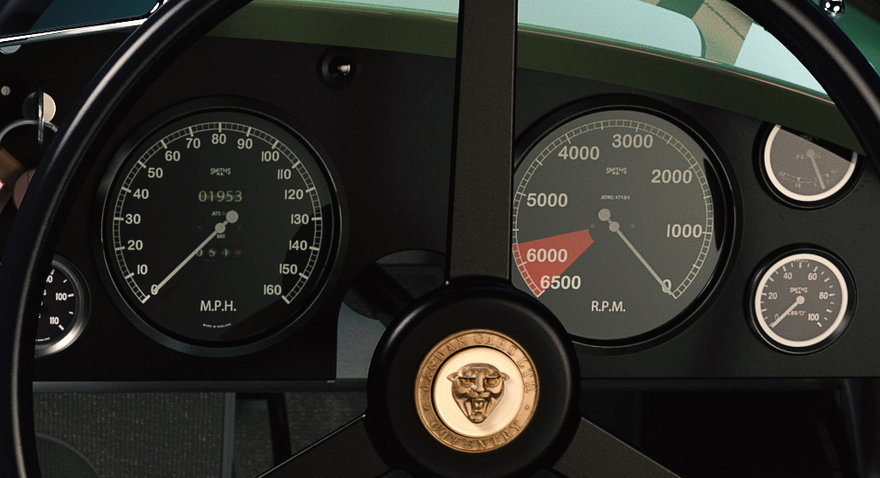 …reader William Barton explained that the practice was standard operating procedure for old Jags: "Jaguars of the period ran the tachometer cable off of the rear of the engine camshaft, which rotated in a counterclockwise direction as viewed from the rear," he writes. "My '52 XK120 was exactly the same."

While Googling around to confirm it (Barton is exactly right), I came across another British manufacturer who's added a counterclockwise dial to the dash: Rolls-Royce. Bizarrely, this does not count RPM's, but instead provides a 0-100% scale of available engine power. 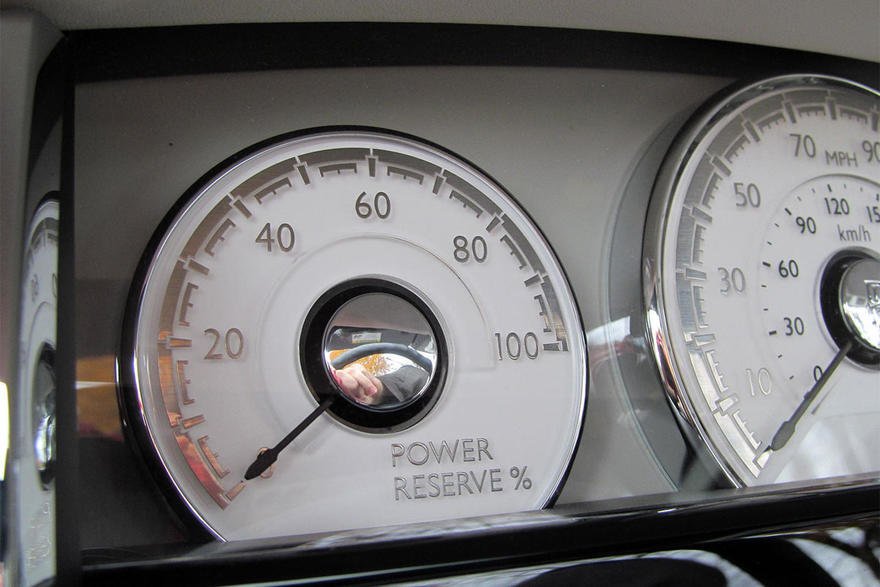 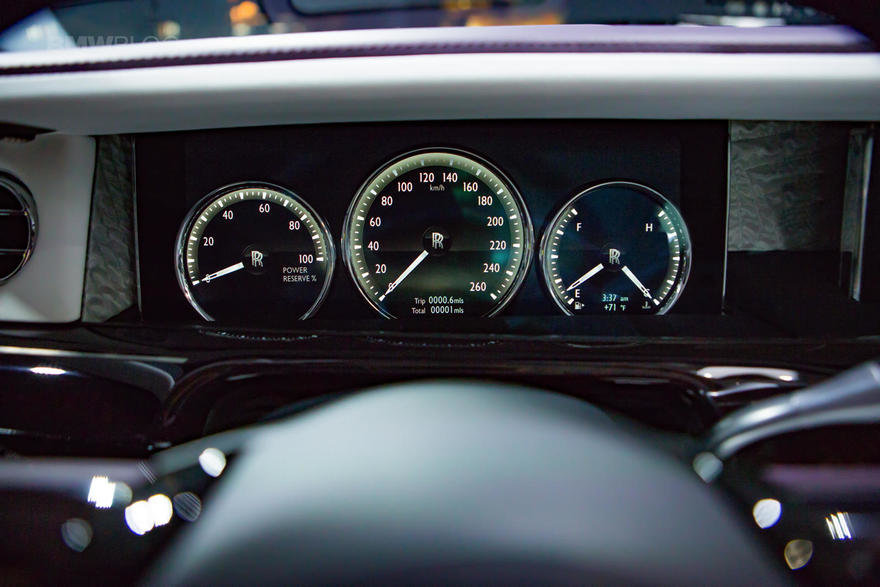 The thing is, the photos are deceptive, because in both shots the needle appears to be at rest at 0--which would lead you to believe that's the default position when the car is idling. It isn't. Watch how the dial actually works:

Strange, no? Although I guess you could argue that a standard tachometer in a car with an automatic transmission is useless anyway.

I think driving a car with a gauge like this would provide some cognitive dissonance, at least until you got used to it. Of course on my salary, I'll never get a chance to find out.