How OneClock utilizes a minimalist design approach—and the help of a Grammy Award-winning musician—to make waking up less exhausting. 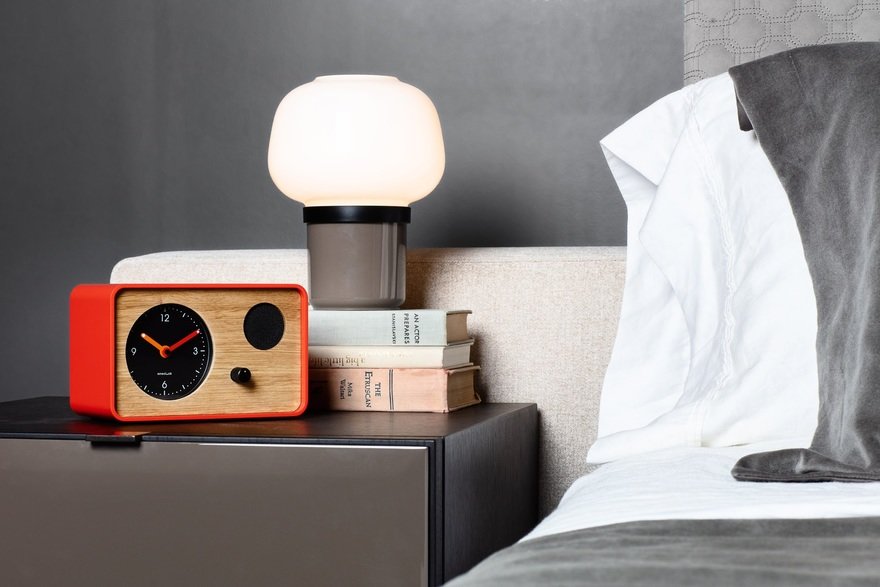 It's a fact, whether we like it or not, that alarms keep our lives flowing. They're the first thing we hear when we wake up, overcook our dinners, or, in the most extreme cases, are in imminent danger. A growing body of research indicates that better-designed alarms may even save our lives. Though essential, alarms are rarely enjoyable—but does it have to be that way? OneClock, a sleek analog clock that aims to replace your jarring daily alarm with soothing sound design by Grammy Award-winning artist Jon Natchez of The War on Drugs, hopes to change this. The brainchild of lifelong friends Jamie Kripke, an award-winning commercial photographer, director, and artist, and Howie Rubin, an experiential marketer who has collaborated for decades with Fortune 500 companies, OneClock, is the result of years spent researching tones, tempos, and frequencies with a team of sound and sleep professionals, all intending to "lift you out of sleep in a peaceful, more natural way."

"We're veteran musicians, strategists, creatives, and artists that understand the value of waking up beautifully," the Boulder, Colorado-based team notes on their Kickstarter page. "Between us, we have won Lions, Grammys, Emmys, Effies, Pencils, Coup de Couers, and other hard-to-win awards with weird names. And we have woken up each day for the past 25+ years to shape culture through products, campaigns, environmental initiatives, soundtracks, live performances, and the creation of vibrant, sustainable businesses." 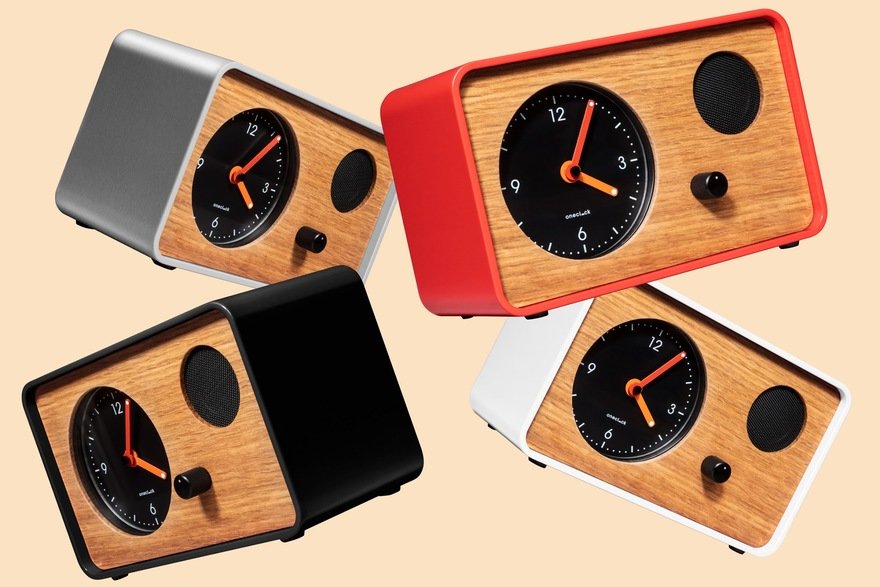 Designed to help users not only to wake up but also to untether from our phones, which now default for many as alarms, OneClock is based on research indicating that rising "correctly" can have an overall positive effect on both body and mind. With Natchez's help, OneClock's exclusive recordings provide a series of original arrangements featuring 20-odd instruments fused together to provide an ambient and joyful sound bath. In addition to his work with The War on Drugs, Natchez was formerly a member of the acclaimed group Beirut, and has performed and recorded with David Byrne, St. Vincent, Father John Misty, and Liza Minnelli, and composed scores for numerous films. With OneClock he set out to create the soundtrack of your mornings. Once activated, OneClock's AI music generator will randomly select a song stored on the clock's memory, remixing it by adjusting the levels of each instrument for infinite combinations, assuring you will never hear exactly the same song twice.

"There's a lot of programming that goes into OneClock," explains Rubin, elaborating that there's a PCB board activating much of the clock's music. "It's simplistic to the user, but much more is happening behind the scenes."

Rubin believes that if people wake up happier, they can take that positivity into their day, and it will radiate into their communities. "It reverberates and has a ripple effect into a much greater place in the world than waking up to a blaring alarm clock, in flight-or-fight mode, full of cortisol stress, and then just heading out into the world and being an asshole." 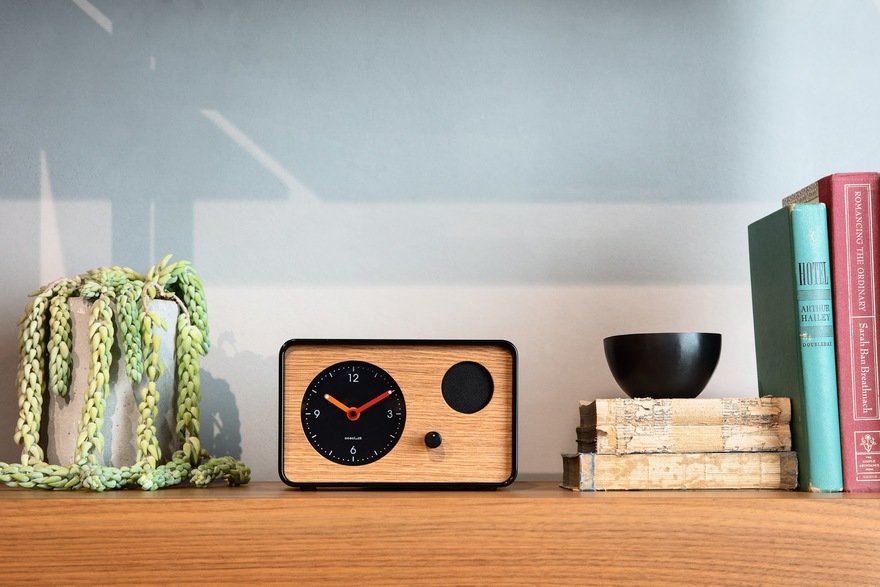 A new kind of heirloom

"I grew up in a household where my mom was an artist, and my dad was an entrepreneur," explains Kripke, whose father was the creator behind a wildly popular "bird clock" timepiece of the '90s that chimed with a different avian call on the hour, made in partnership with the Audubon Society. "I never thought to myself, 'Oh, someday I want to make a clock,' but I think that my dad's entrepreneurial spirit has always been with me. But it really started with wanting to get our phones out of our bedrooms," jokes Kripke, who feels that we've become too reliant on our digital devices to the detriment of both our sleep and holistic sense of well being. The pair also wanted to create something that would last, rather than requiring constant upgrades or the need to be replaced altogether—in essence, a modern-day heirloom. "We've reached a tipping point, especially now that we have kids and are watching them go through things so quickly, that there's an idea of permanence that we both appreciated in this clock. It reminded us of the few objects that we both have from our fathers and our grandfathers."

It was a priority for OneClock to be made in the U.S., says Kripke. "The ability to oversee design and production in our backyard allows us to deliver a high-quality product while also supporting local craftsmen, partners, and communities across the country. We wanted to be able to sit down with the people that are designing it and collaborate." And while Kripke's father went to QVC to build a following for his bird clock, the OneClock team looked to Kickstarter to generate support. "It just felt like a good fit for us to put it out to an audience that is not just open to new ideas but is there because of it. They love to see new stuff. So, it was a natural fit for us."

OneClock is live on Kickstarter through March 4, 2021.