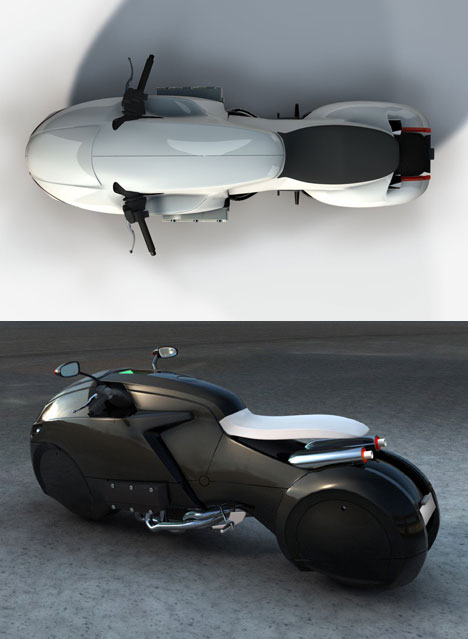 The Icare motorcycle concept is a cross between something from Tron and "a kind of Porsche or Aston Martin for the two-wheeled world," according to France-based Enzyme Design, the minds behind the concept. It's intended to have a six-cylinder 1.8 liter Honda engine, which is more than what you'd find in some compact cars. Will it ever go into production? No word, but Enyzme's earlier L'atomo concept did, so future bikers will have some hope.

More pictures after the jump.