20something Entrepreneur Figures Out How to Recycle Waste Plastic Into Strong, Cheap Bricks

At 26 years of age, Nzambi Matee quit her job as a data analyst in Kenya's oil industry. The reason had nothing to do with the job, but everything to do with what she regularly witnessed during her commute: Plastic bags. They littered Nairobi's streets, the local government never sent anyone to clean them up, and they were starting to drive her nuts. She resolved to do something about them herself, telling Reuters that "I was tired of being on the sidelines."

With a degree in physics, Matee set up a makeshift laboratory in her mother's backyard and began experimenting with plastic waste, cobbling together machines to help her do it. She struck upon the idea of melting the plastic down and combining it with sand, trying out different plastics and ratios. "I shut down my social life for a year, and put all my savings into this," she told the UN Environment Programme. "My friends were worried…. I became so broke that everyone thought I was crazy and so many people told me to give up."

After that year of trial and error, Matee had figured out that certain types of plastics, when mixed with certain ratios of sand, produced a lightweight concrete-like material that she could form into bricks. She then prototyped a machine to simplify the production process. 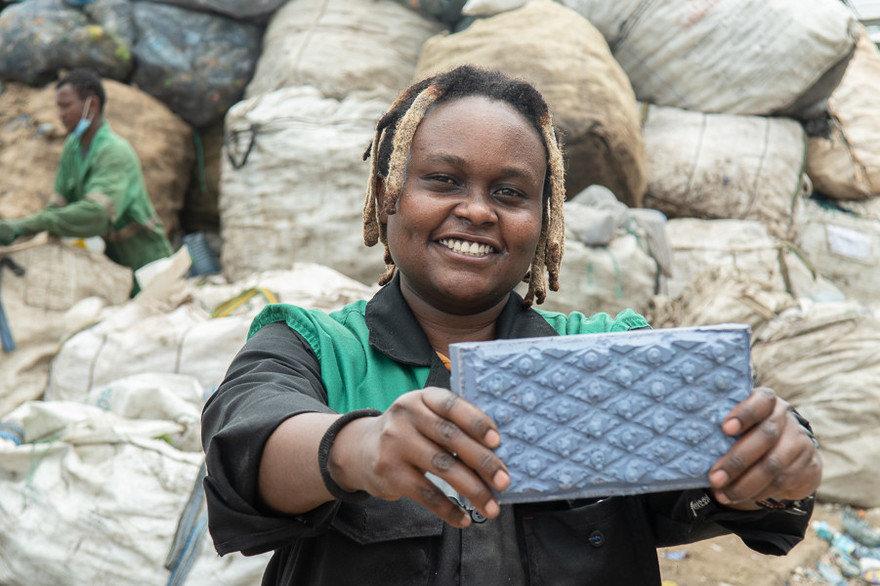 Today Matee, 29, runs Gjenge Makers, a business that cranks out paving bricks using machines of her own design. Matee's "raw materials" are HDPE, LDPE and polypropylene--not virgin, but "waste they cannot process anymore; [that] they cannot recycle." She acquires the waste from both packaging factories and recycling facilities, and the bricks they're transformed into are 2-7 times stronger than concrete, depending on thickness, yet lighter in weight, which reduces shipping costs. 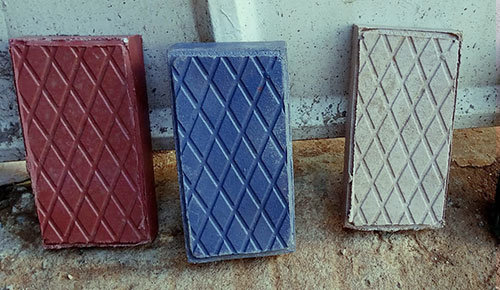 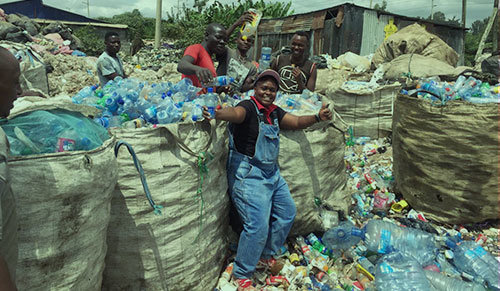 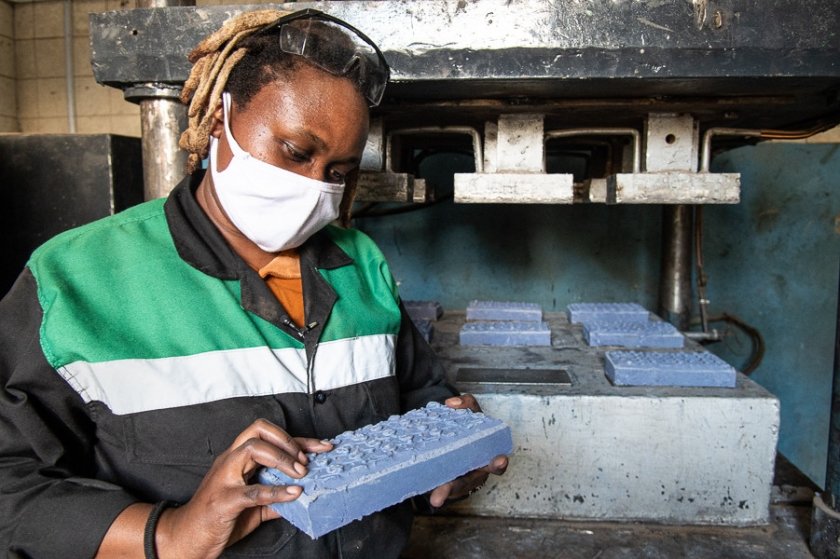 Gjenge Makers' factory can produce 1,500 bricks a day. In their two years of operation, they've recycled more than 20 metric tons of plastic waste--and created 112 jobs, from the waste collectors to the factory workers. 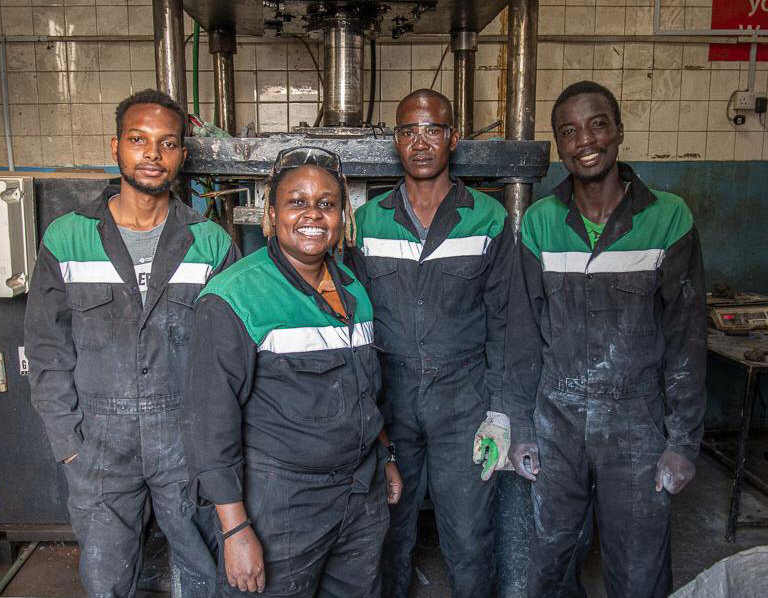 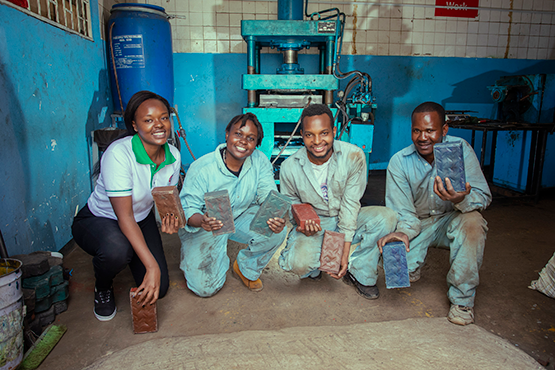 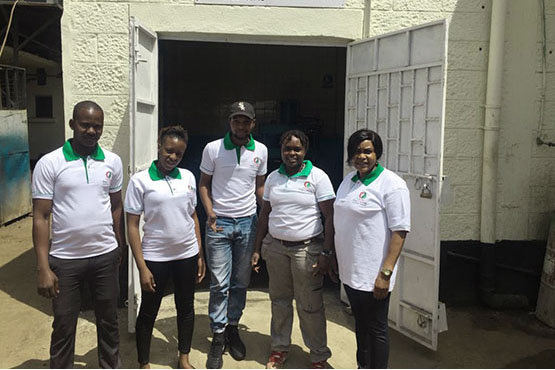 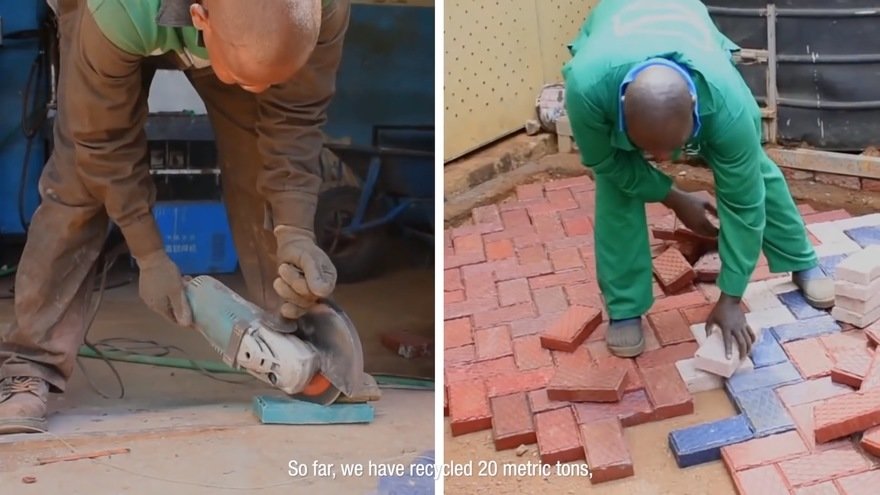 The pavers themselves are affordable, with the basic model costing $7.70 per square meter (about 83 cents per square foot, almost half the price of the cheapest paver available at my local big-box). 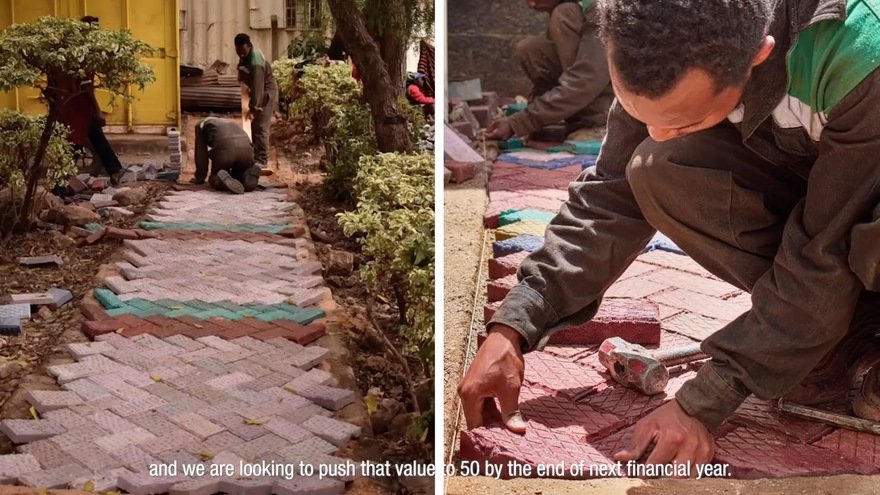 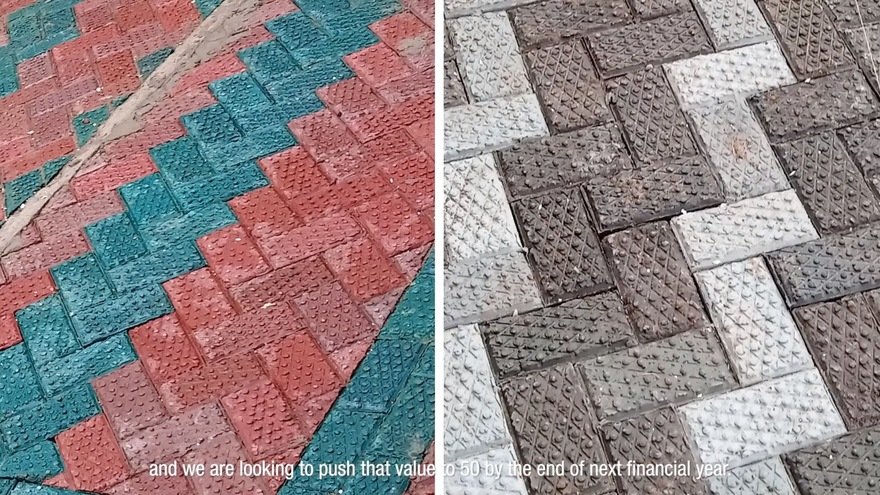 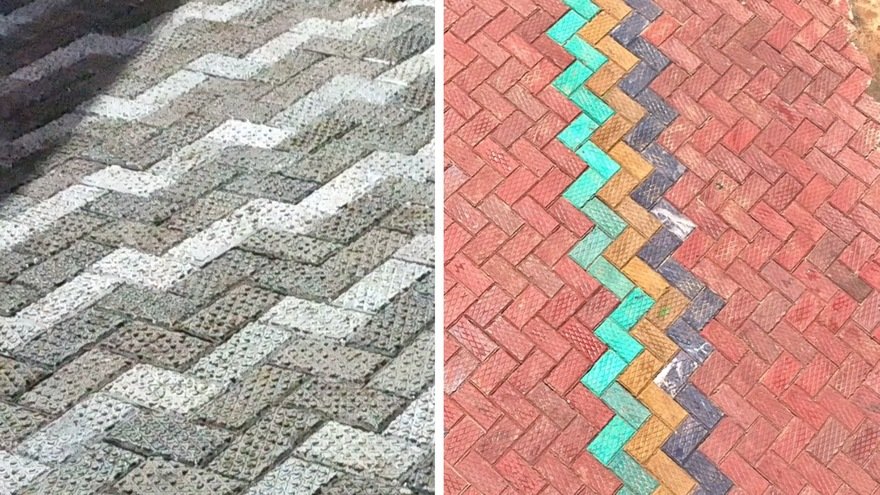 Matee was named a Young Champion of the Earth by the United Nations Environment Programme in December. They've shot a video of her story and process, below:

My favorite part was her description of racing to make the business profitable before she ran out of money; she describes it as jumping out of a plane without a parachute and "building it as I was falling."

Here's to hoping Matee can set up a production line in the U.S. She'll never want for raw material.