Someone spotted this at a brewery in Germany, and posted it to the What is This Thing subreddit. 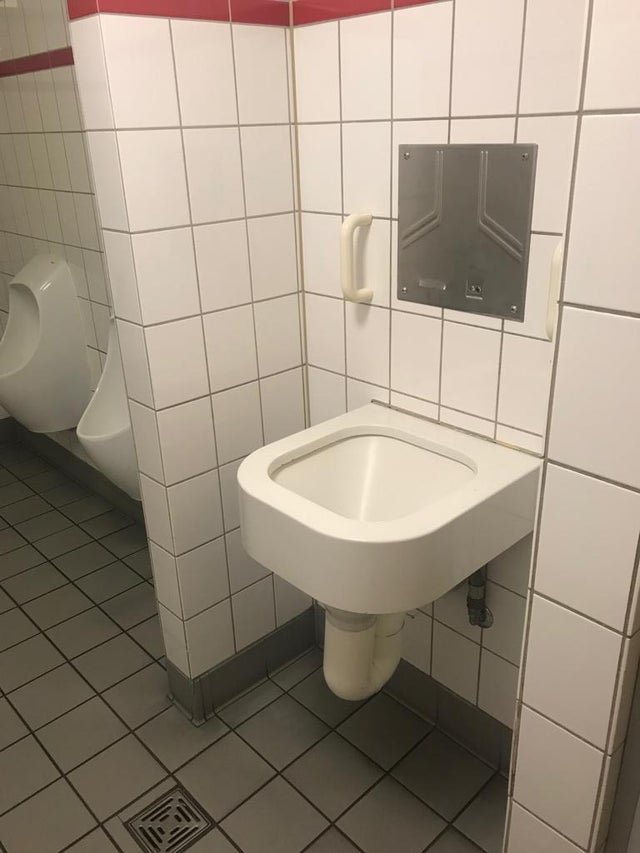 Turns out it's a speibecken, basically a sink designed just for vomiting into. It's even got its own page on German-language Wikipedia, which states that these were installed "in fraternity houses and some catering establishments." I think it would be hilarious if the metal plate above was refrigerated, and intended to rest your forehead against.

Some of the comments on the subReddit:

- "German pubs used to have [these] all over the place back in the day. Source: am German."

- "I live in a small German village, can confirm, we have one in our local restaurant and call it "Kotzebecken" (vomit sink)."

"Mostly in every brewery in Germany. And some bars do have it. In breweries you normally do a guided tour and afterwards you are allowed to drink as much as you want for a certain time. So that's when the vomit 'urinal' comes in handy."

One commenter even claims that these exist in a non-drinking context, too:

"These make sense in bars, but they actually have these in the Jockey quarters at Churchill Downs for the Jockeys to vomit before racing in the Kentucky Derby to further minimize their weight. Seriously."

I like the set-up of this one, below a bit better: It's got a showerhead so you can rinse the chunks down, as a courtesy to the next vomiter. 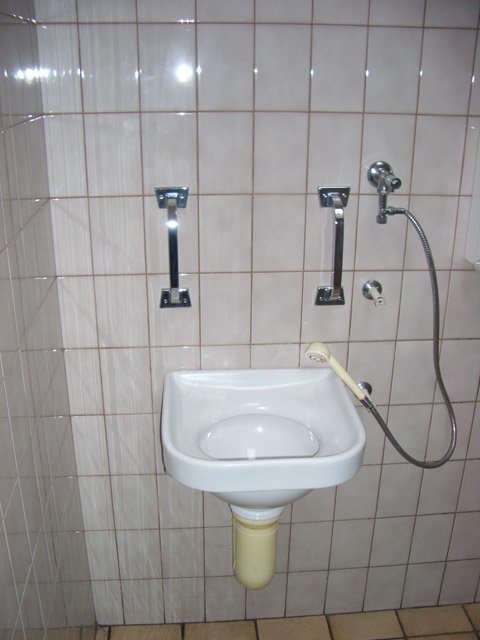