The other night we were watching Gosford Park, a 2001 murder mystery set in an English country estate in the 1930s. There's a scene where a kitchen maid is tasked with collecting knives, and she pulls out a trio of knives that were sticking in this thing: 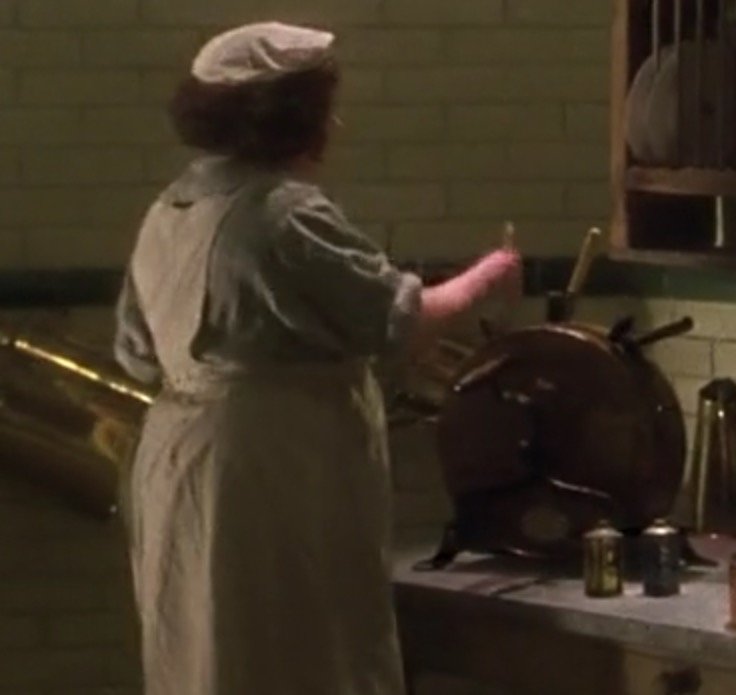 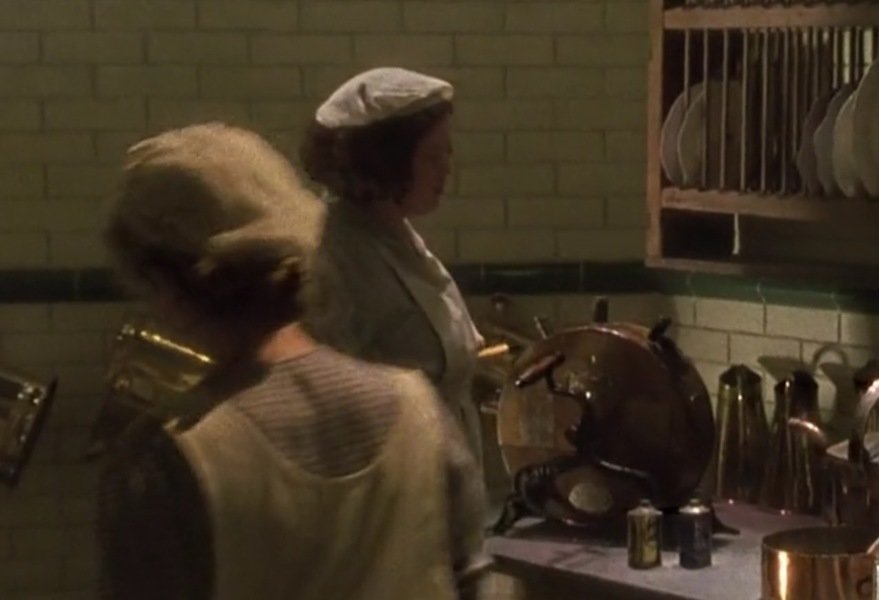 I asked my wife what the heck that was. "A sharpener," she explained, pointing out the handle and the round shape. She then tracked one down on the internet so we could get a better look: 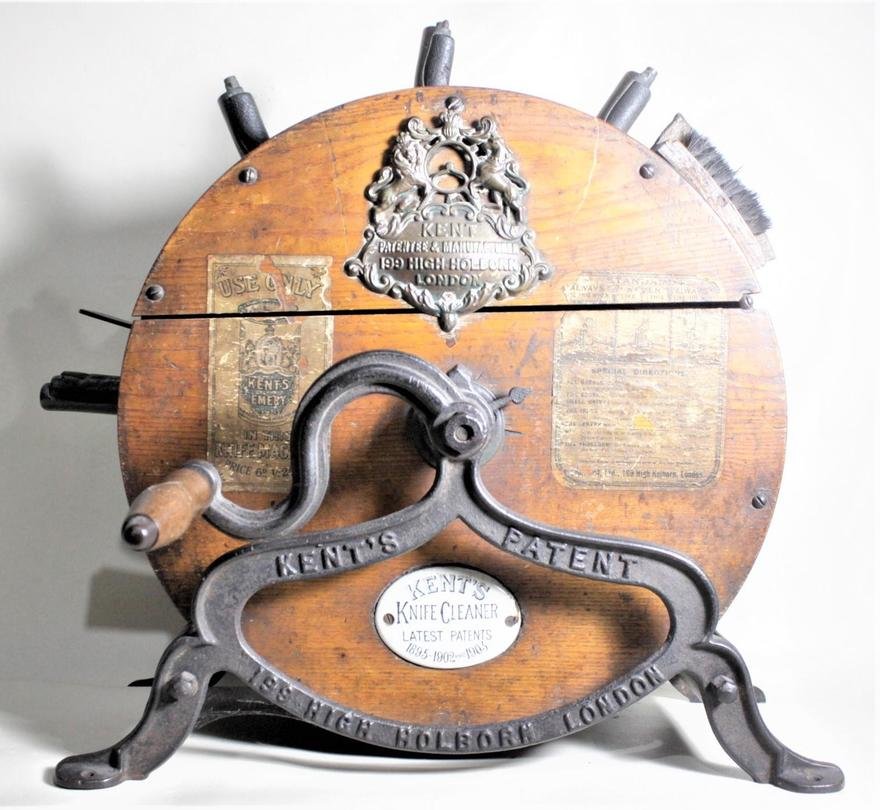 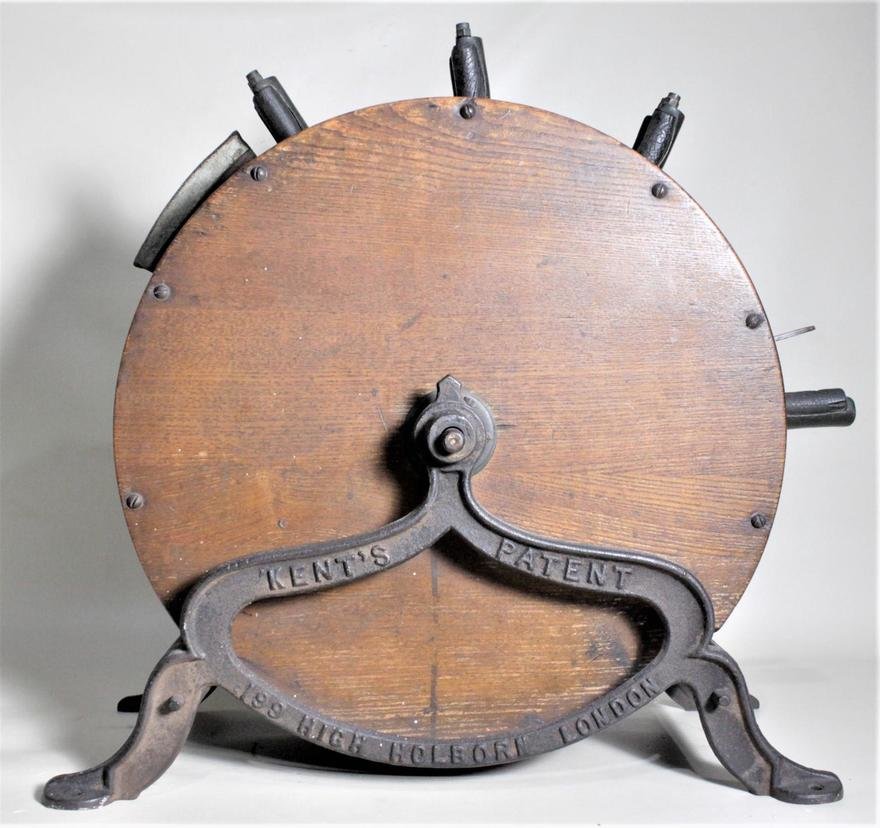 It's a pretty neat design. Here's how it works, according to the antiques dealer selling this one, which they say was manufactured in 1880:

"This antique Victorian knife cleaning and sharpening machine was made by Kent's of London England in circa 1880 in the period Victorian style. The machine is composed of two sharpening stones in a solid oak case with a heavy cast handle and sits on a heavy cast base. 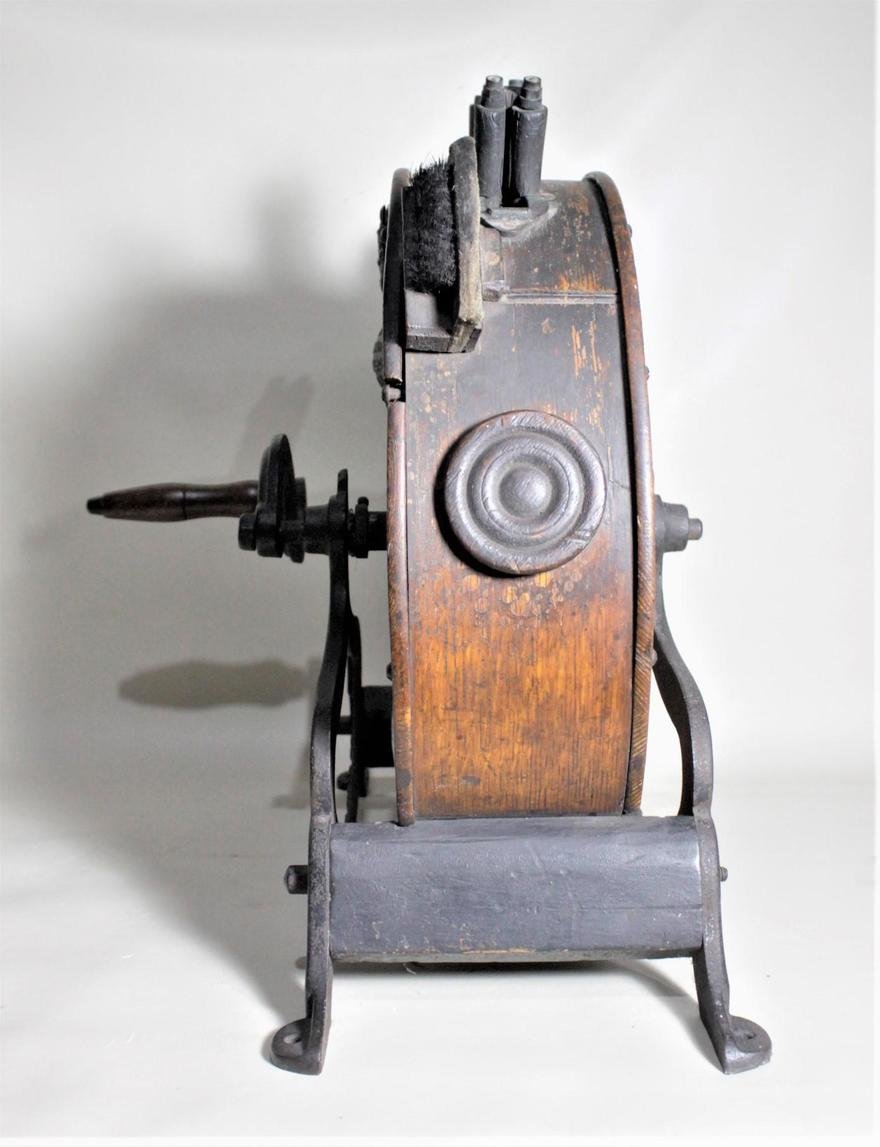 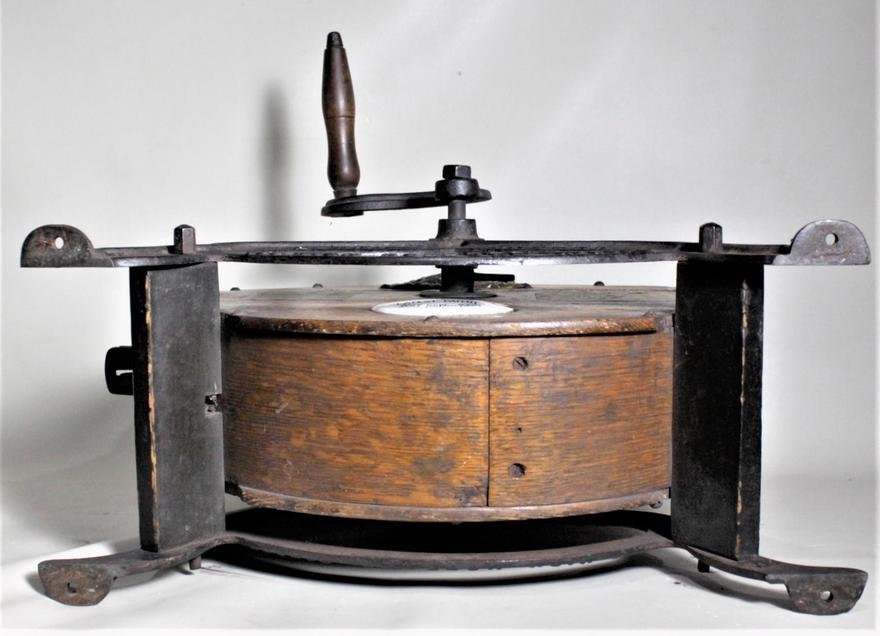 "The top of the cleaning machine has multiple chutes that cleaning powders would have been put in while the knife was inserted into another and turning the hand crank, turns the wheels and cleans, polishes and/or sharpens the knife blade. 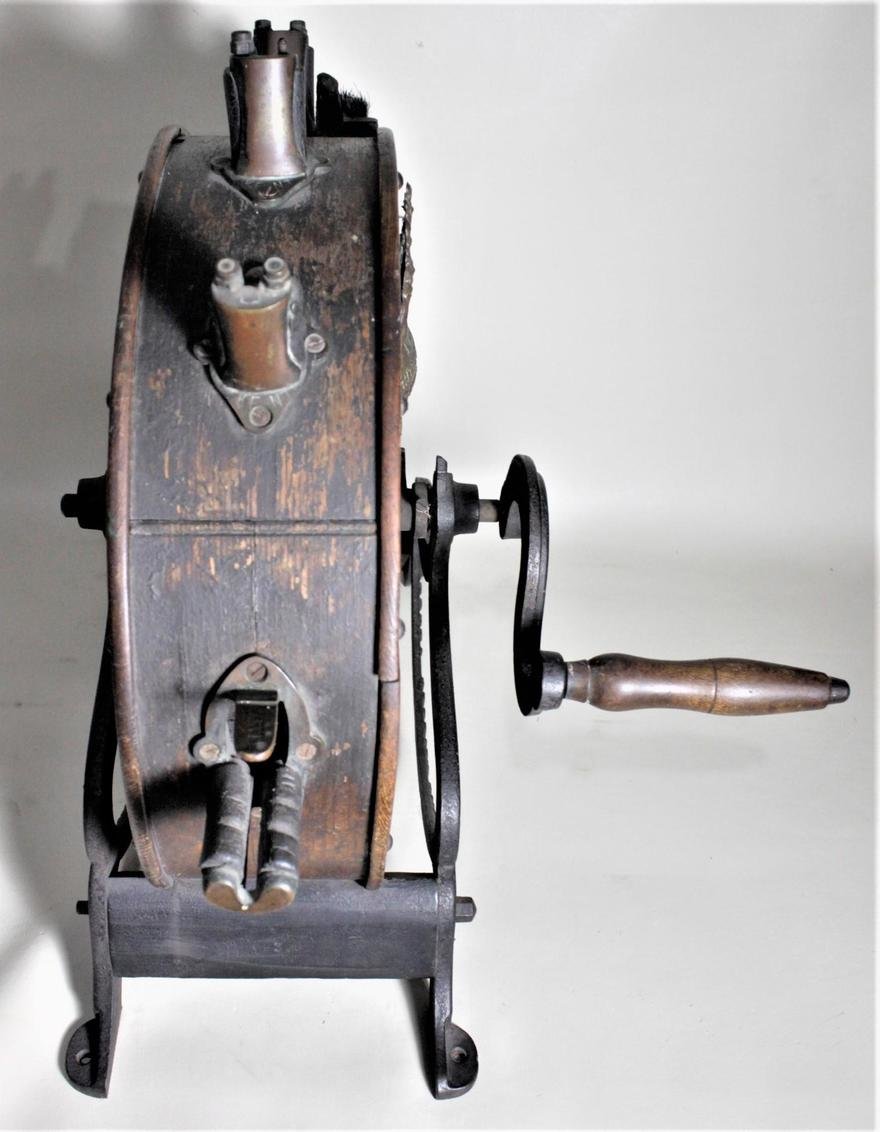 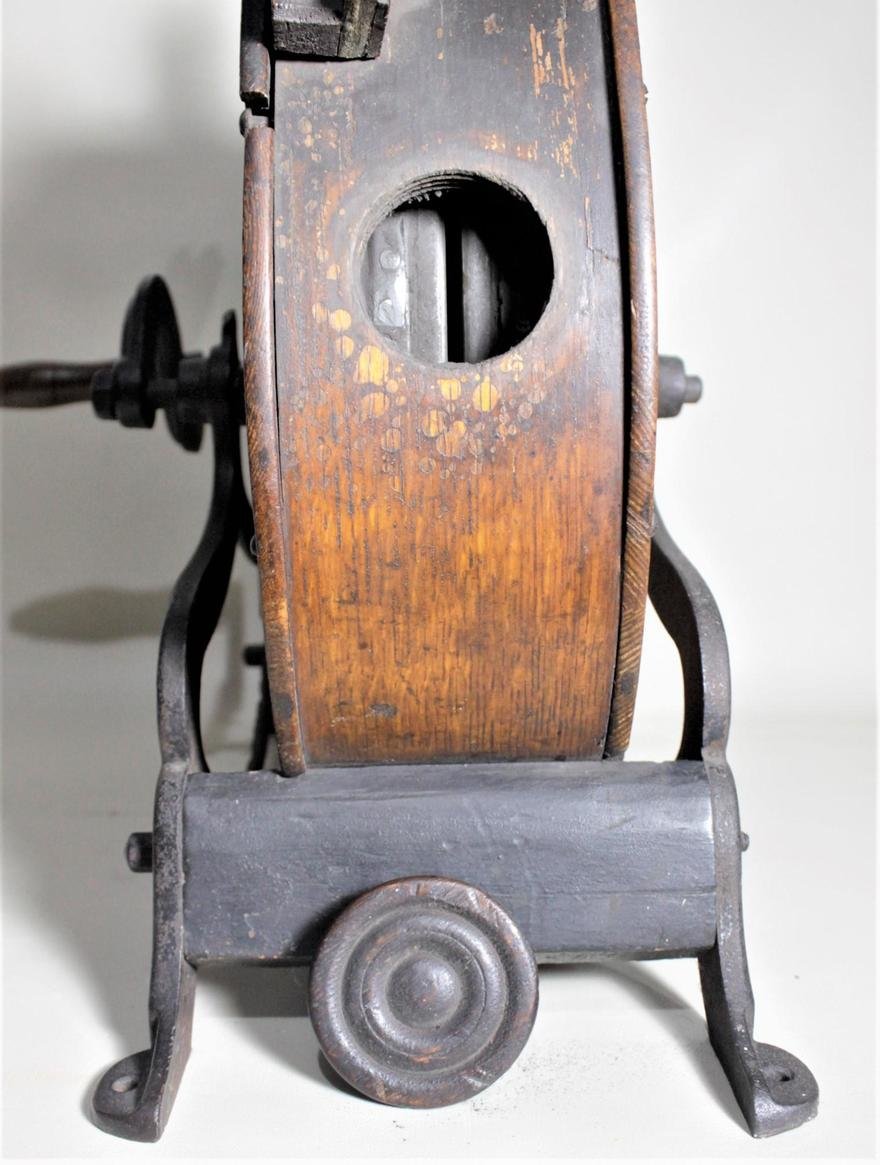 "The case has two original paper labels and a small oval porcelain maker's badge. The cast base is also decorated with the maker's name and location in England." 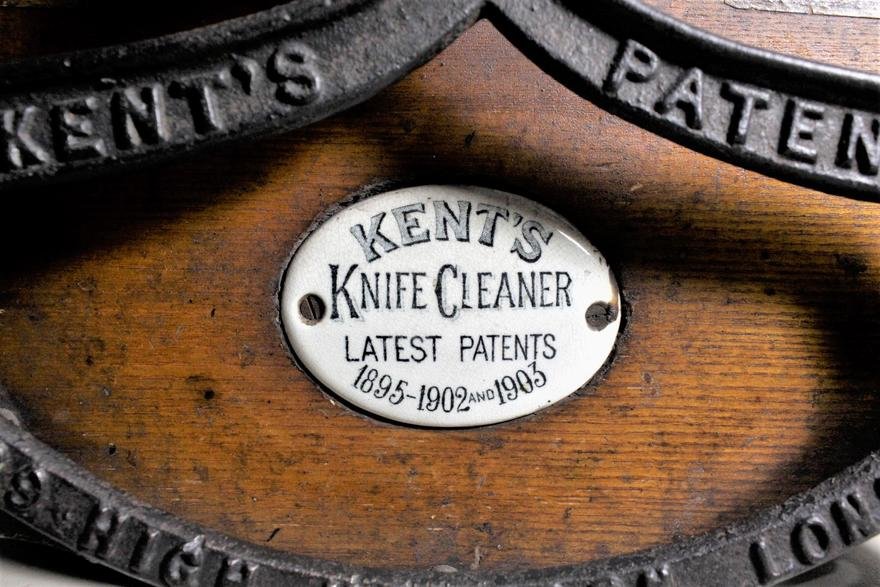 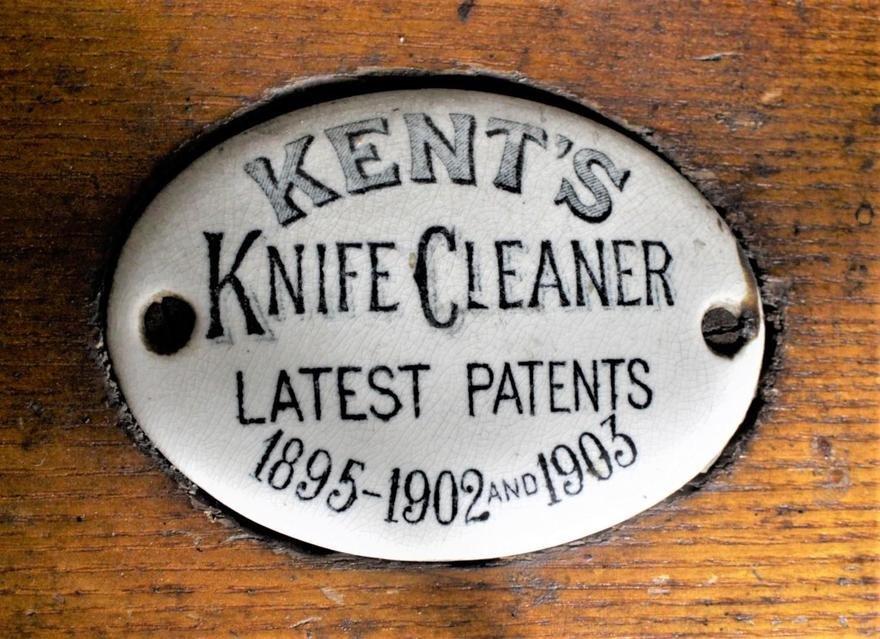 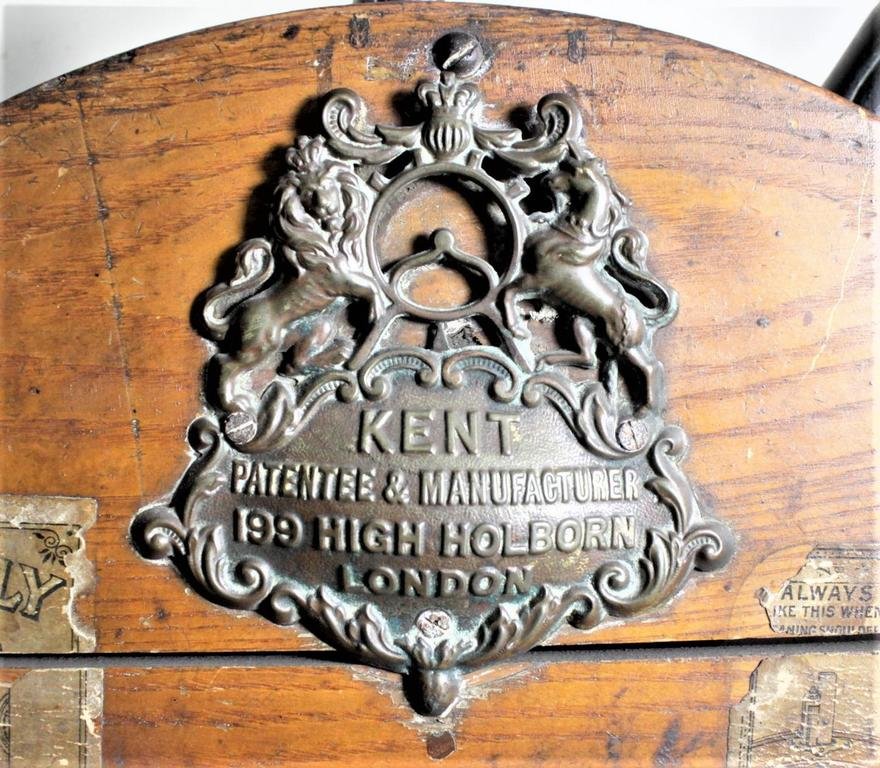 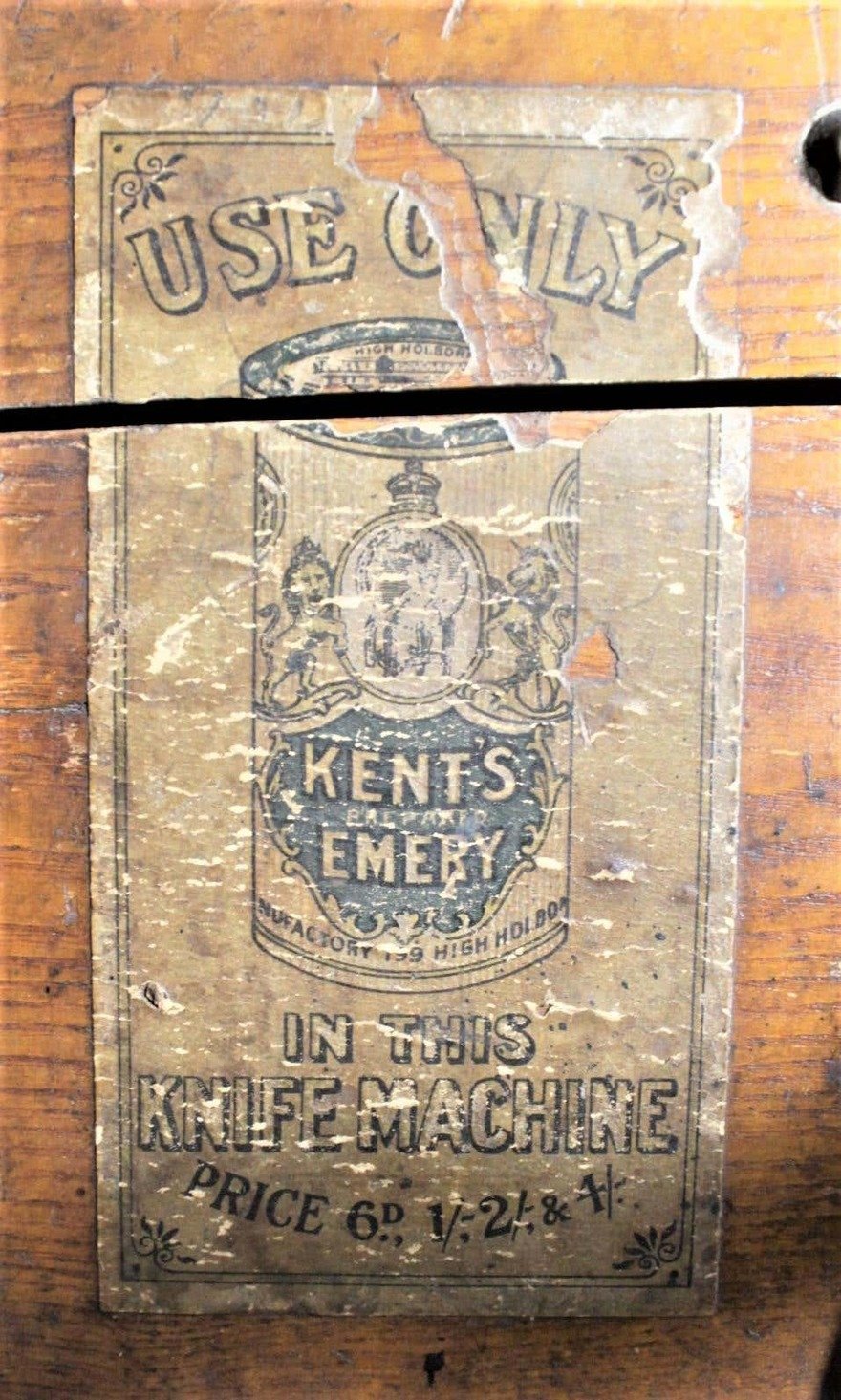 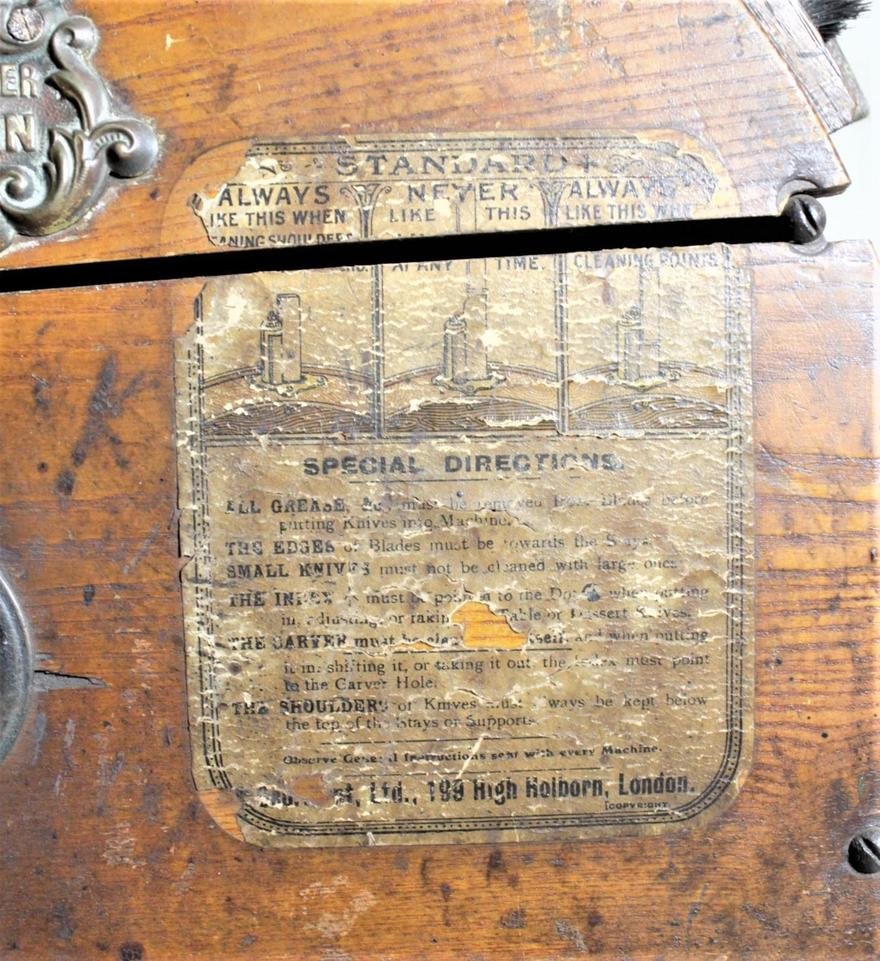 Because we no longer see this type of object in kitchens, one could assume that they didn't work very well. However, it appears that their disappearance has more to do with a materials change in kitchen knives:

"Prior to the invention of stainless steel, knives needed almost daily cleaning to prevent them from rusting. As such, these utilitarian machines were common in large households and used regularly."

By the bye, I believe the description above is slightly inaccurate; I think just one of the holes you can see in the photos above, which has a wooden cap that can be removed and reveals a slit, is the solitary place where the emery powder was loaded. The other holes have protrusions that seem meant to hold knife handles.

Indeed, in the film the cook can be seen pulling multiple knives out of the device, each one from a point where the protrusions are. I'd imagine filmmaker Robert Altman, as painstaking as he is, had someone on set to ensure that was how the object was used.