The LaserFactory can build complicated objects that require multiple operations

Researchers from MIT's CSAIL (Computer Science and Artificial Intelligence Laboratory) have built a multifunctional rapid prototyping machine called the LaserFactory. By hacking together a laser cutter, a picking arm and a nozzle that squirts molten silver, the LaserFactory can create complicated objects that require circuitry. 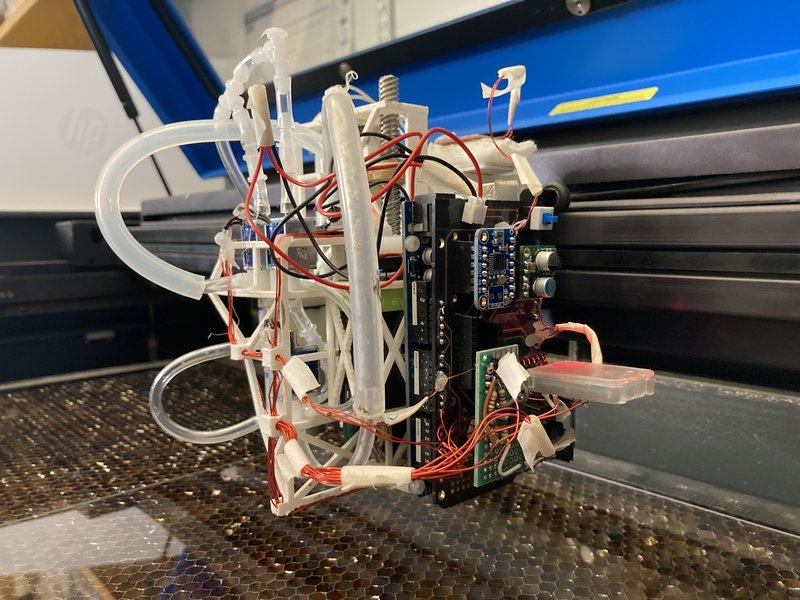 The demo video is compelling, presenting a use case where "a user has aspirations to create their own drone:

"They'd first design their device by placing components on it from a parts library, and then draw on circuit traces, which are the copper or aluminum lines on a printed circuit board that allow electricity to flow between electronic components. They'd then finalize the drone's geometry in the 2D editor. In this case, they'd use propellers and batteries on the canvas, wire them up to make electrical connections, and draw the perimeter to define the quadcopter's shape."

For next steps, the team is looking into refining the circuit-printing feature, which would allow for smaller/denser/more complicated electronics. They're also considering adding a traditional 3D printing nozzle.

"We're also thinking about how this kind of one-stop shop for fabrication devices could be optimally integrated into today's existing supply chains for manufacturing, and what challenges we may need to solve to allow for that to happen," writes CSAIL PhD student Martin Nisser. "In the future, people shouldn't be expected to have an engineering degree to build robots, any more than they should have a computer science degree to install software."