Sweden in winter has plenty of frozen lakes, best traversed by snowmobile or ice skates. Inventor Simon Sörensen wanted to see if he could create a powered version of the latter, designing and building on the fly. 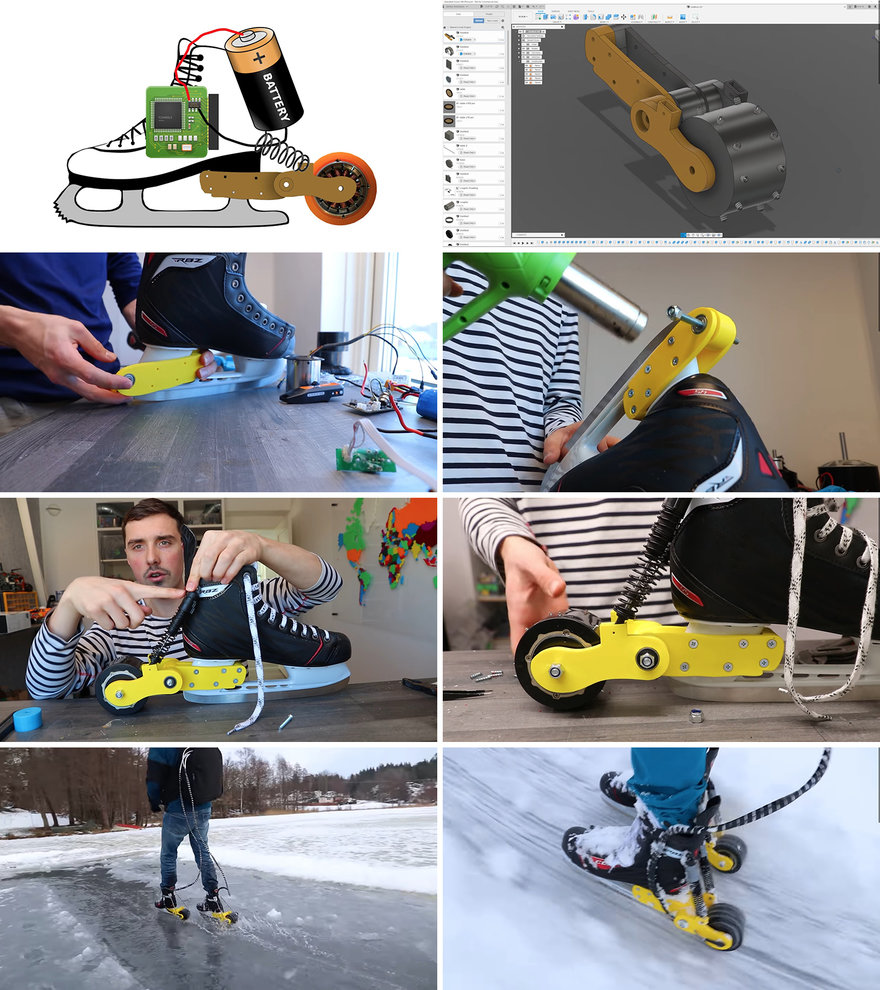 Unlike the sawblade bicycle, Sörensen's prototype actually works. Part of the fun of his process is watching him tackle setbacks--brittle plastic, flat parts that don't mate with curved ones, not enough traction--and methodically solve each of them, then learn how to stay balanced: