Germany's Fraunhofer IML (Institute for Material Flow and Logistics) has developed a novel system for the high-speed transportation of goods within a facility. Called LoadRunners, the system consists of "swarms" of networked, wheeled, Roomba-like drones that zip along the ground. 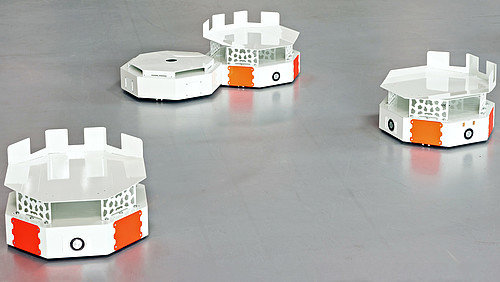 "These vehicles can accelerate like a sports car and are pioneers for a whole new performance class," says Dr. Michael ten Hompel, executive director of Fraunhofer IML. Able to travel up to 10 meters per second--that's 36 KPH, or 22 miles per hour--the individual drones use their momentum to unload the packages by intentionally crashing into the loading platforms, letting physics do its thing:

In the demo below, you can see them carrying heavier items like luggage, as well as being paired up to carry a truss:

The omnidirectional LoadRunners, which are equipped with cameras, operate as a swarm via an AI modeled after flocks of birds. "This rules out collisions and enables drones to form groups," the company writes. "The [drone] is able to determine its location very accurately even when traveling at high speeds in tight formations." 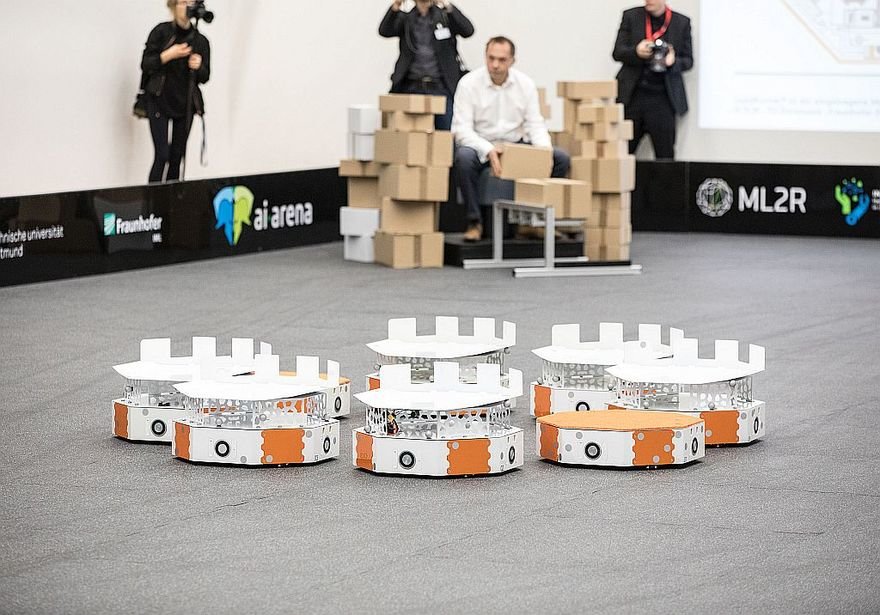 Then there's this: "As a stand-alone vehicle, the LoadRunner is able to transport and sort parcels weighing up to 30 kilograms. This makes it the perfect luggage carrier for airports." It would be fascinating to see these replacing baggage carousels. Imagine if people lined up on one side of a room, and these brought their luggage directly to them (or better yet, directly to your Uber).