Here on the farm our water comes from a well, and last year it ran dry--just for a day. Since then I've repurposed a number of vessels, and now have several dozen gallons of water stored in the basement, for the next time it happens.

In developing nations, the problem is far worse; millions of people don't have access to a safely-managed water supply, nor the luxury of availing themselves of backups in a drought. And after doing research in 175 rural communities in Ecuador, entrepreneur Paul Mendieta learned that the most expensive component of any water supply system is storage tanks. It's not finding the water source, transporting the water, purifying the water or working out how to get it to people's homes; it's having a tank large enough to store water that has undergone or will undergo the previously mentioned procedures. In short, inexpensive, secure water storage had not been solved.

So Mendieta solved it. 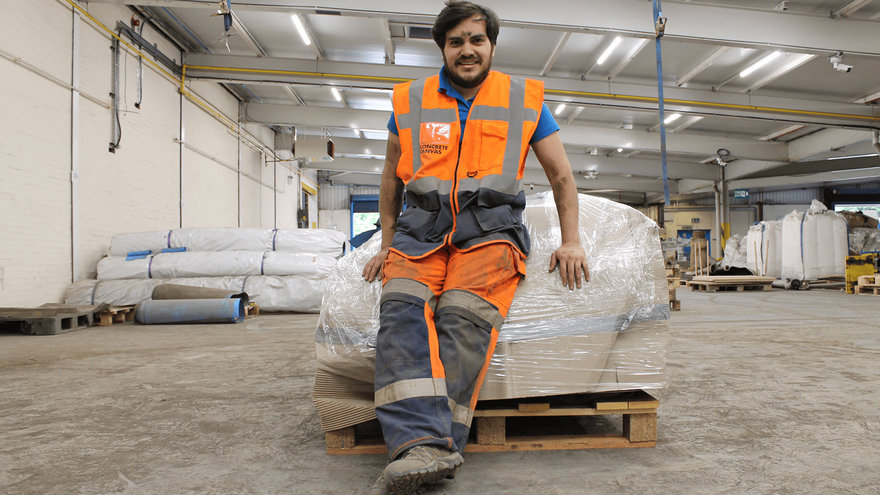 His company, Deploy Tech, has designed and is producing an air-deployed ready-to-use water tank made from concrete-filled fabric. 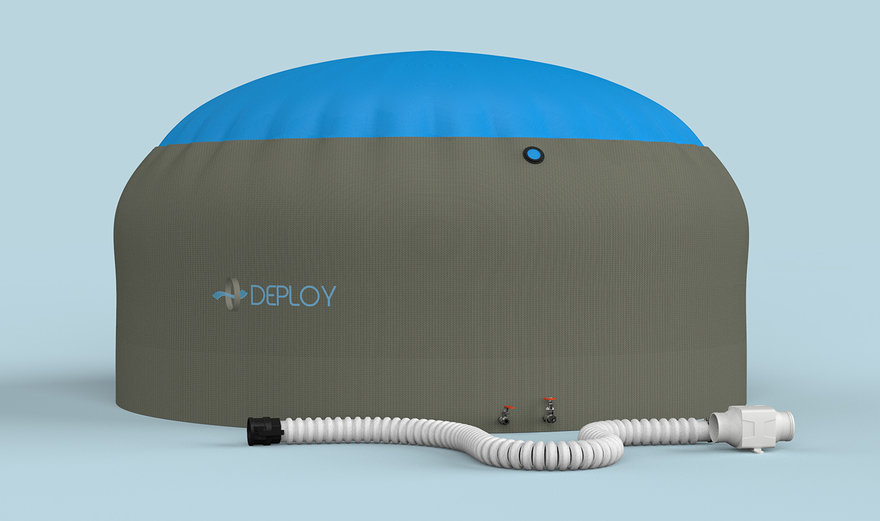 The Deploy tank is still flexible after manufacture... 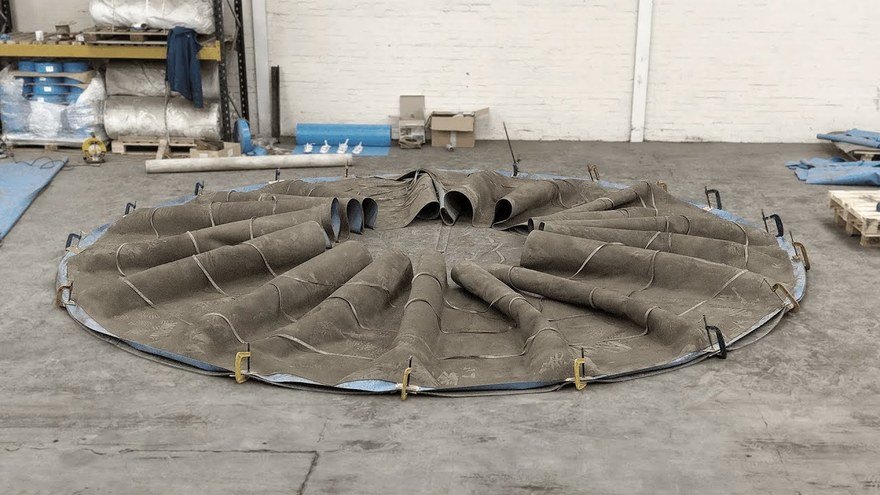 ...and is folded onto a pallet at the factory. 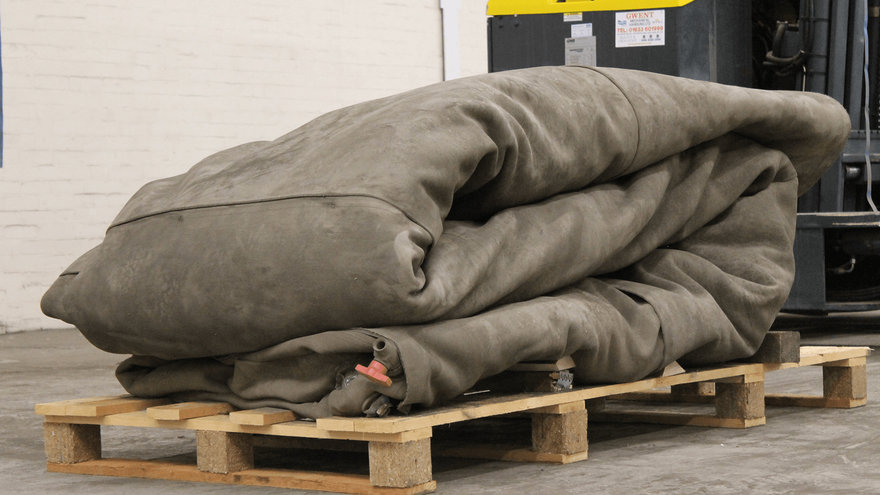 It can then be airdropped to remote locations inaccessible by road. Once water is pumped into the tank, it assumes its rough shape. When the tank is then sprayed with water, the concrete sets and the tank takes its final shape. 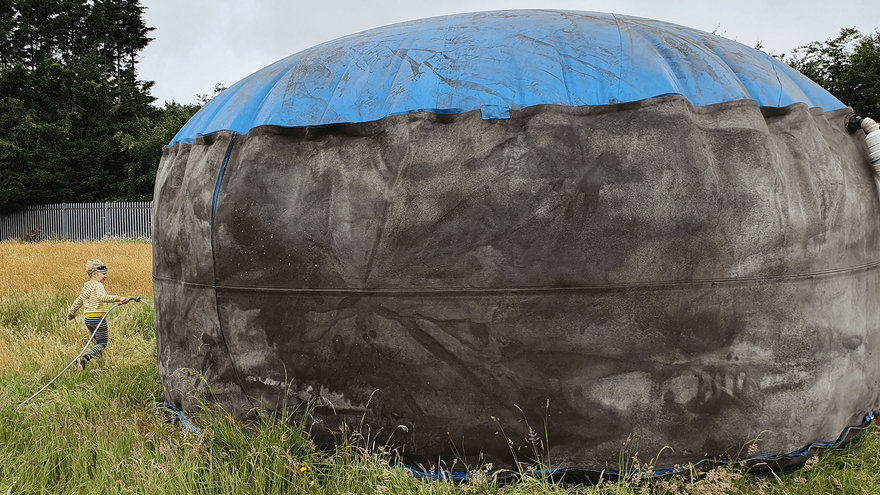 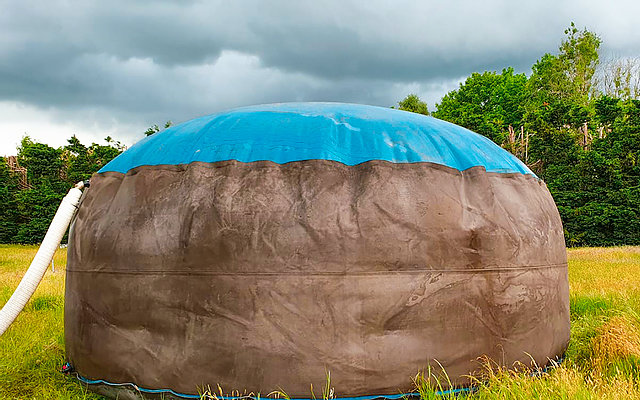 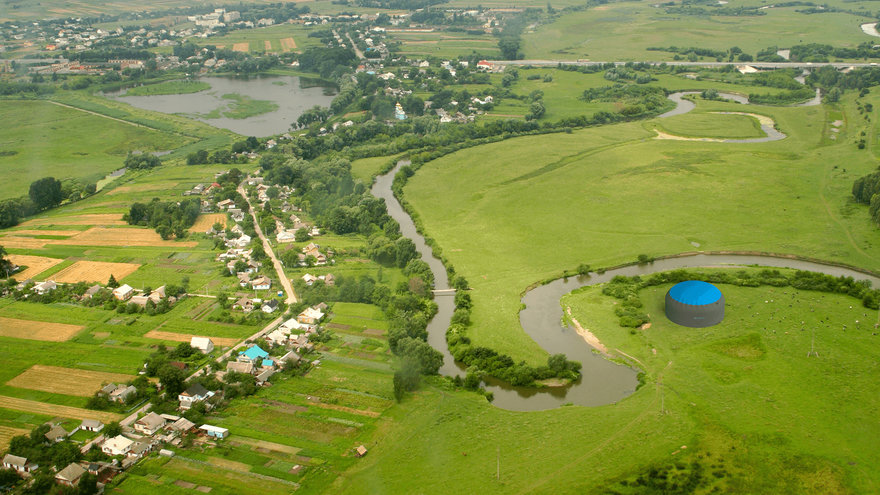 Here's the story of the tank and how it works: