There had to be a very awkward conversation in that cab

So here's an incredible car accident story that you wouldn't believe if you saw it in a movie. This week in Magic Valley, Idaho, a 67-year-old man and his 64-year-old female companion were towing a 30-foot camper with their Ford F-350. While driving over the Malad Gorge, the man lost control of the truck, slamming it and the camper into the right-side barrier of the bridge; the truck then careened across both lanes, hit the left-side barrier, and flipped over it. 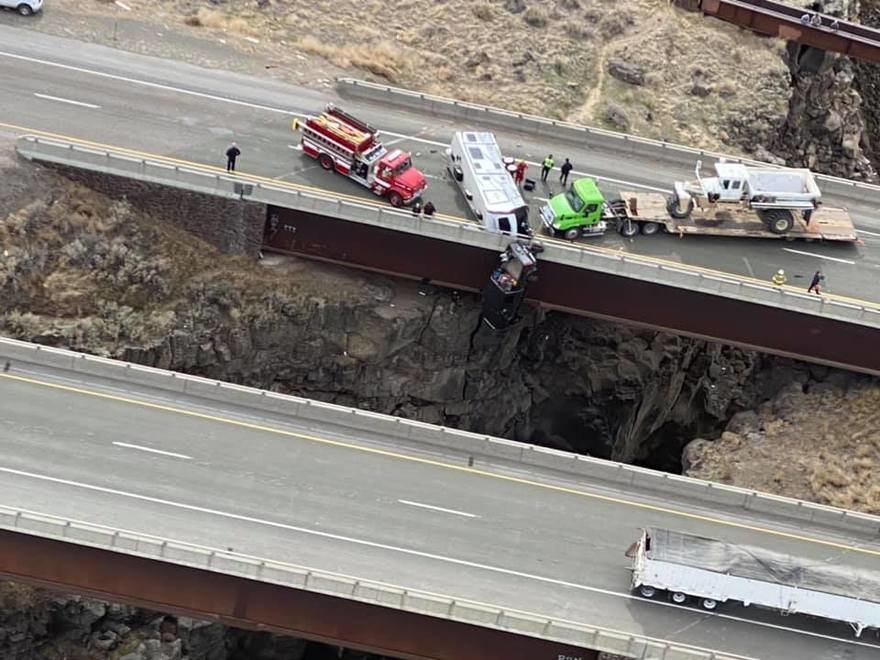 The camper came to be wedged against the barrier. The only thing that kept the truck dangling in space, 80 to 100 feet above the canyon floor, was the safety chain to the trailer. 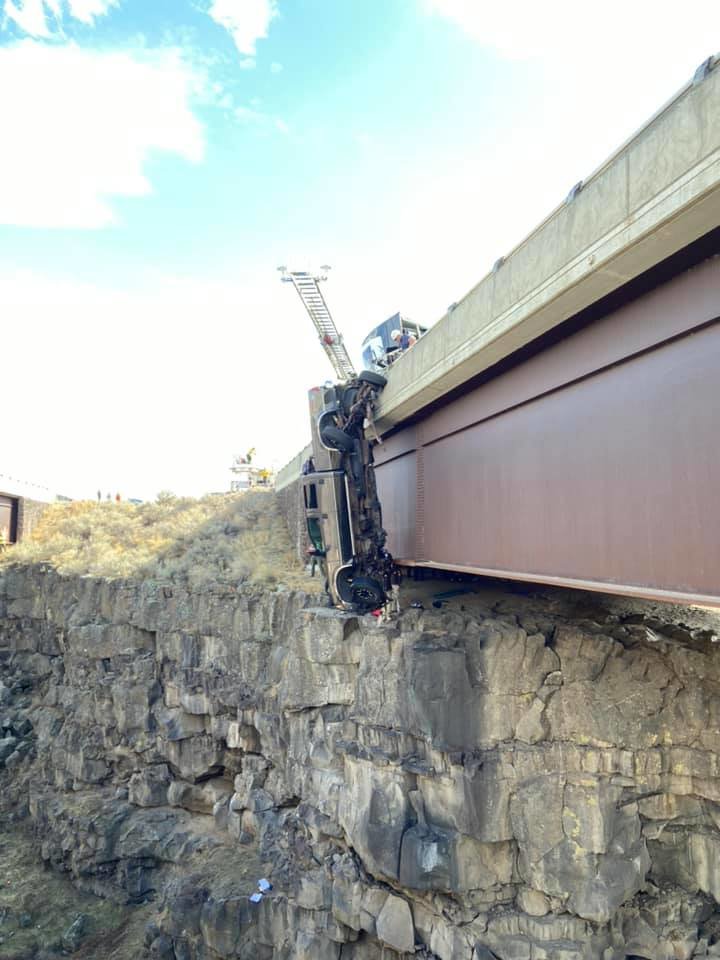 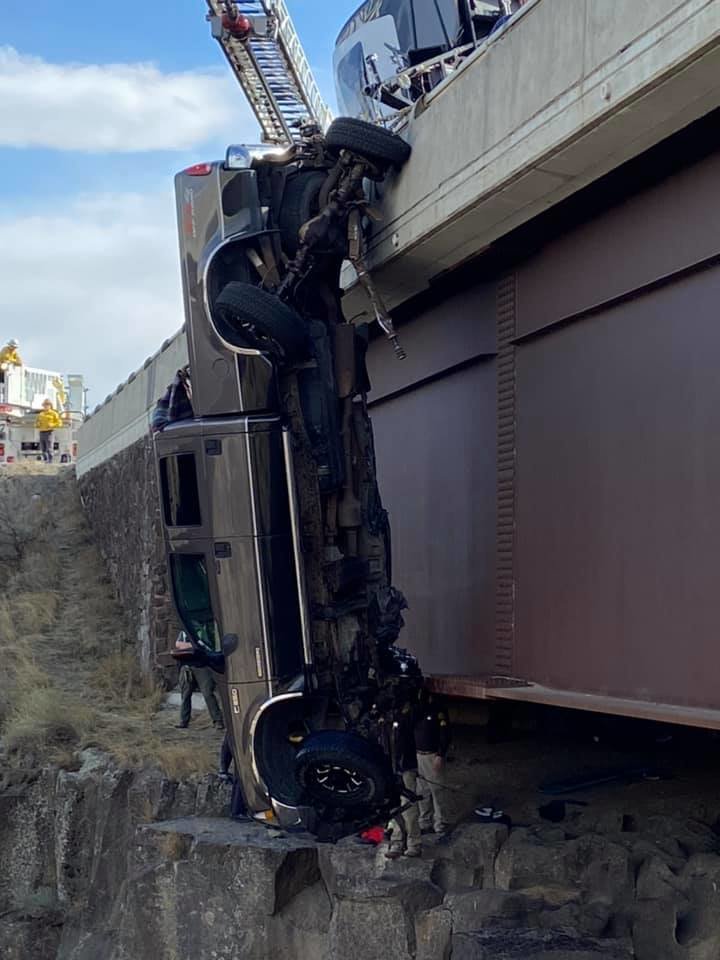 An Idaho State Trooper came upon the scene after "the incident had just happened" and flagged down a passing semi trailer. The Trooper and a newly-arrived Sheriff's Deputy got an additional set of chains from the semi driver and managed to link the semi and the dangling truck, to provide more holding power.

A team of specially trained rope rescue paramedics arrived. They were able to rappelle down and get both of the truck's occupants--and their two dogs!--out of the truck. 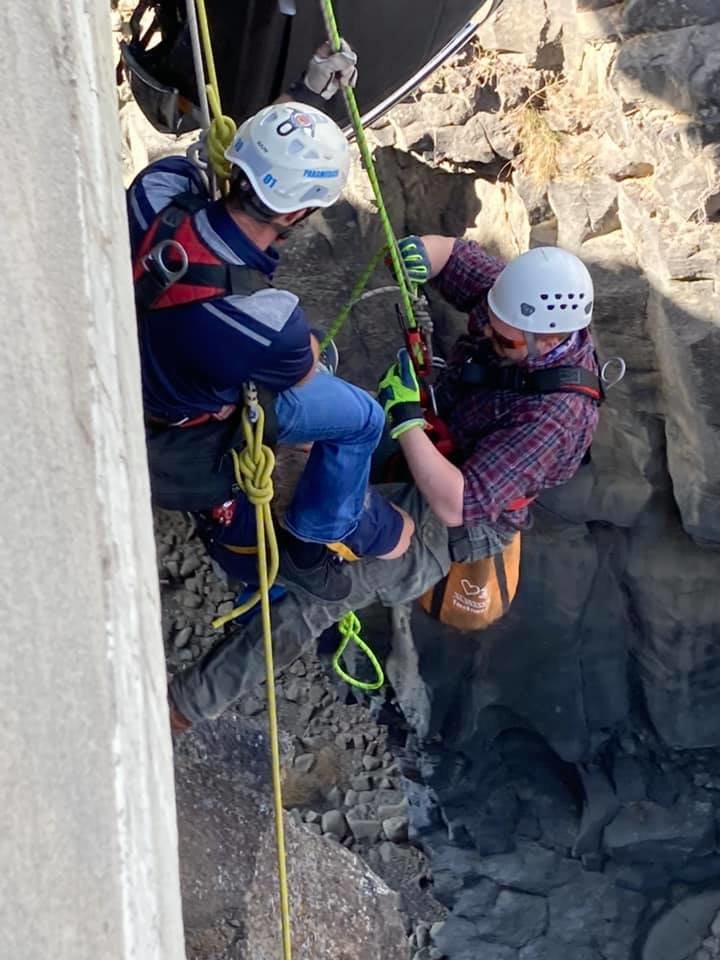 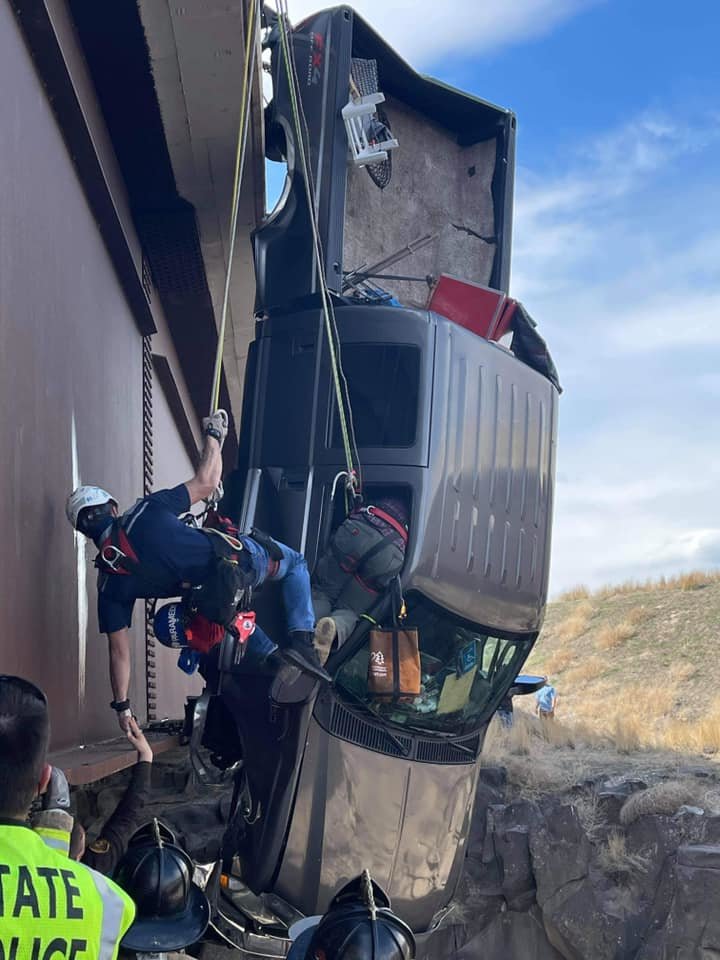 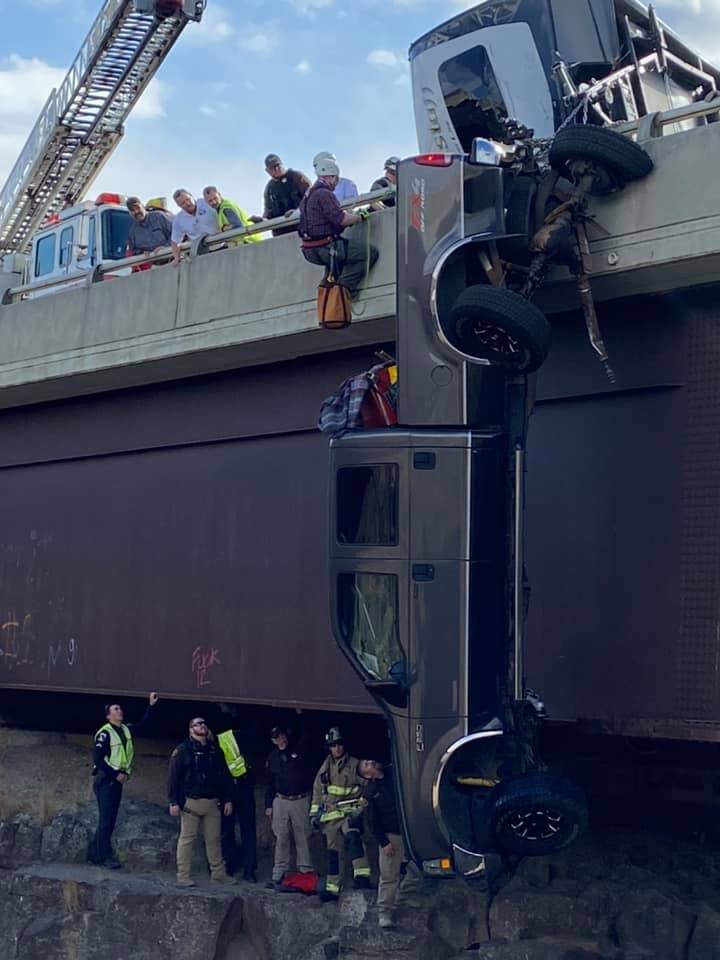 Both the man and the woman, who had been wearing their seatbelts, were "transported to a Magic Valley hospital with what appeared to be non-life-threatening injuries." (The dogs were transported to the home of a nearby family member, and will probably not get excited the next time they hear car keys jangling.) 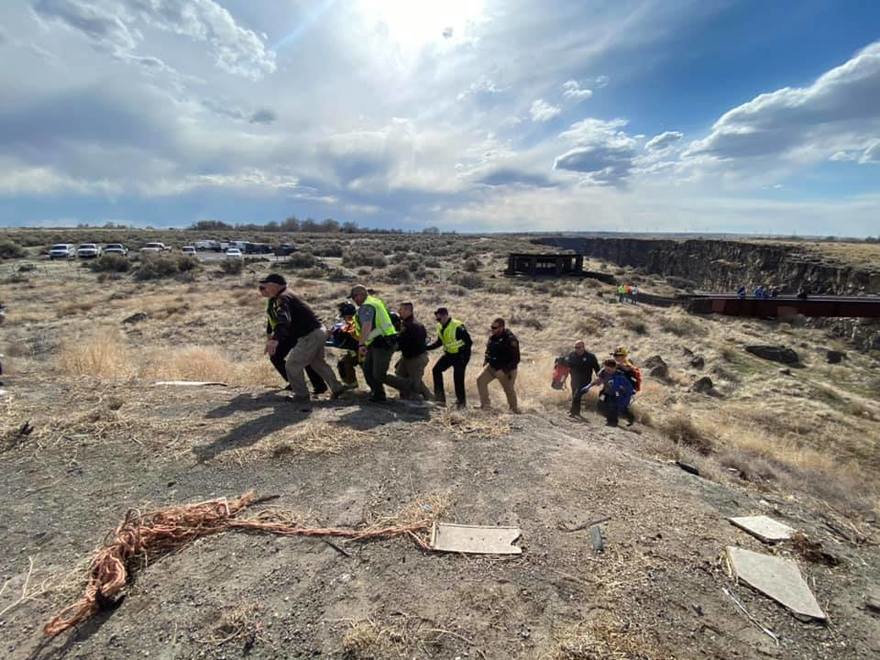 Can you imagine being stuck in that truck, swinging and staring straight down, watching the items loaded in the bed tumbling past you, while waiting for the rescue effort? What do you reckon the conversation in that cab was like? 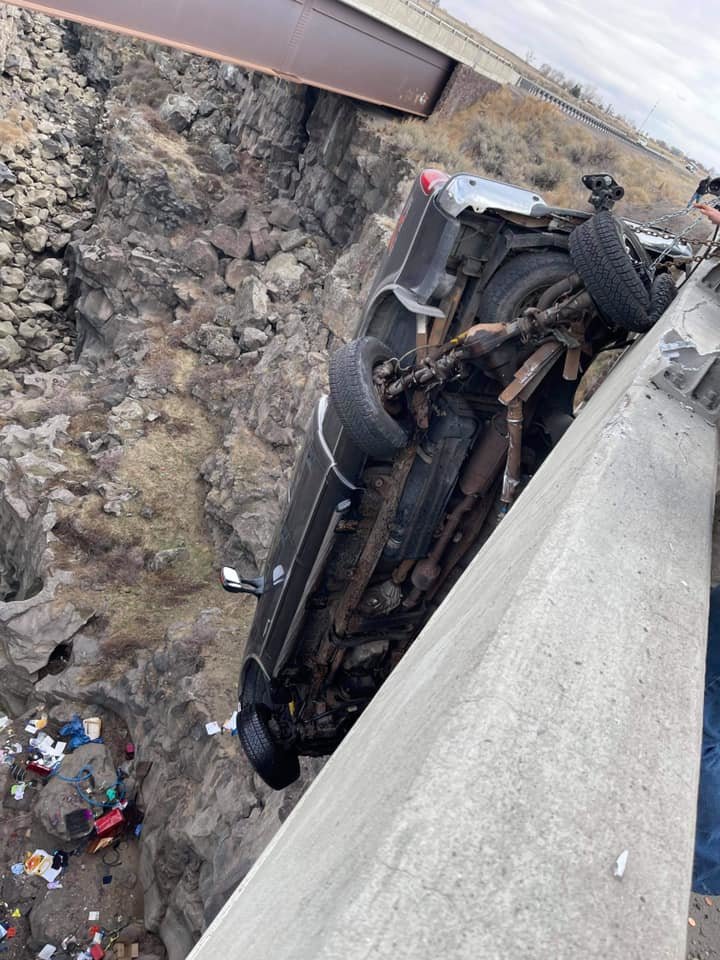 The police report is here.