Low-angle, and the pilot hole is drilled from the other side

With distribution through both Home Depot and Lowes, Kreg's series of pocket hole jigs can seem like the only game in town. Using one is simple, once you've got the stops set up correctly, and is pretty quick--but requires a little clean-up work. After drilling the holes, you typically need to take a pass with a sharp chisel over the "exit wound" of the holes, which typically contain enough blow-out to mess with your joint.

Competing manufacturer Castle reckons they've designed a better machine with their Castle 110 Pocket Cutter. Their benchtop rig is roughly the size of a large blender, and uses a router on a pivot to cut the pocket; the pilot hole is then manually drilled by the user through a bushing, and notably, it's drilled from the contact end of the joint. Drilling it from this side produces no blow-out. 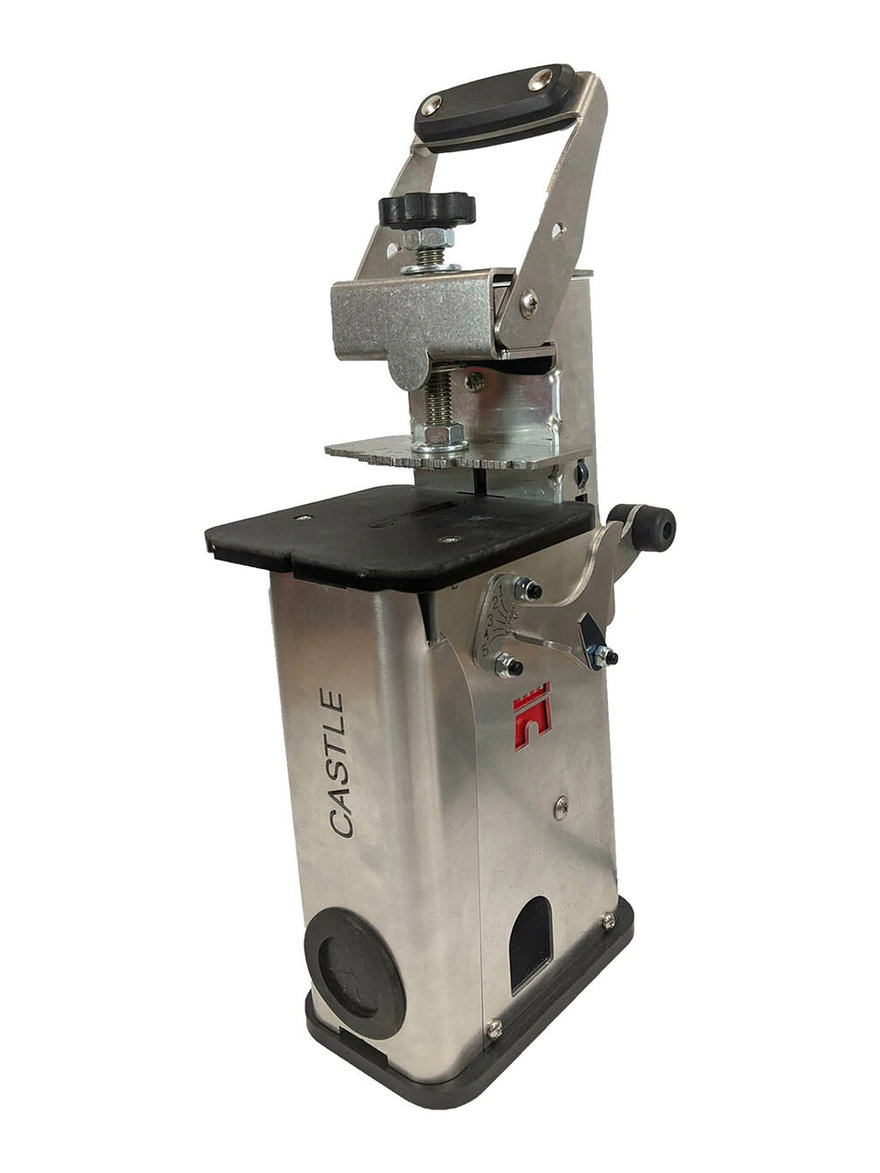 Also, the angle on the Castle holes is lot lower, at just 3 degrees (versus the Kreg jig's ~15 degrees). 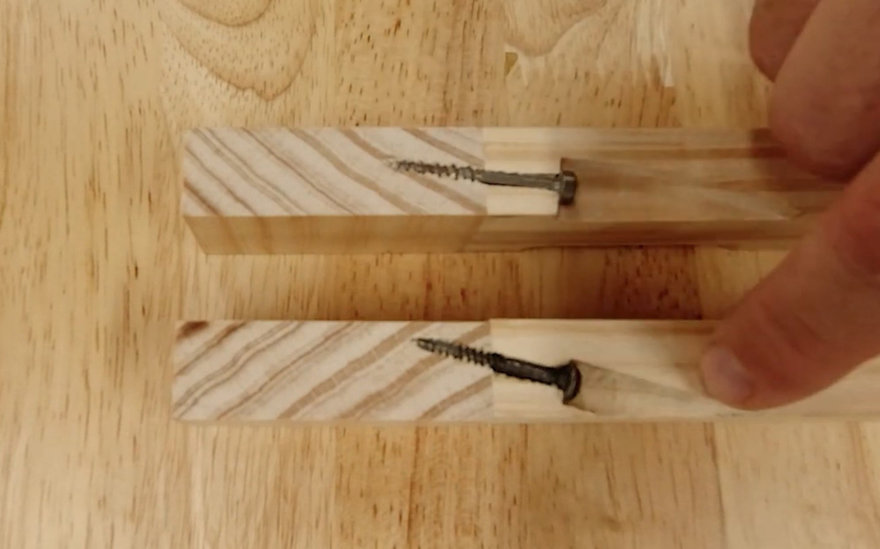 On the one hand, I can see users balking at the increased production time of Castle's two-step operation. However, once you factor in the chisel clean-up step required with the Kreg, you could argue that's a two-step operation as well.