How Can Small Drones Carry Heavy Packages? Use a Swarm

We've seen those German ground-based crashing drones that can team up to carry heavy packages. Now a research team at the Georgia Institute of Technology has also come up with collaborating package-carrying drones, except theirs are the flying kind. 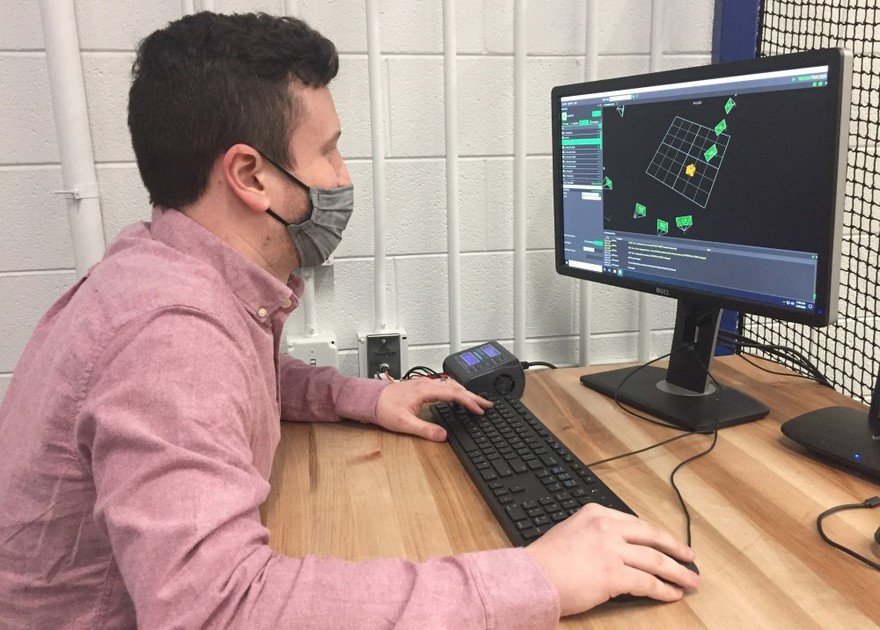 As it stands, carrying a heavy package through the air requires a big-ass drone, which presents issues of cost, noise, safety concerns, storage and maintenance. Instead, the Georgia Tech researchers are using small quadrotor drones linked by an algorithm; if a package is too heavy for one of them to lift on its own, its swarm buddies buzz over to lend a hand. For testing purposes, they're using four drones to collaboratively carry a 2' x 2' x 2' package weighing 12 pounds. In theory, the only limit to the amount of drones used would be how many of them you could fit around the package. 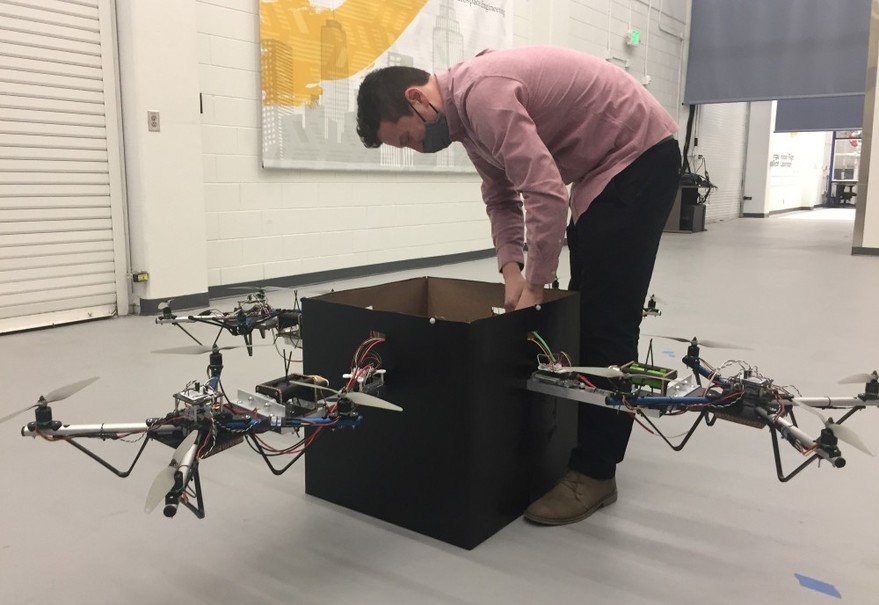 "A delivery truck could carry a dozen drones in the back, and depending on how heavy a particular package is, it might use as many as six drones to carry the package," said Jonathan Rogers, the Lockheed Martin Associate Professor of Avionics Integration in Georgia Tech's Guggenheim School of Aerospace Engineering. "That would allow flexibility in the weight of the packages that could be delivered and eliminate the need to build and maintain several different sizes of delivery drones." 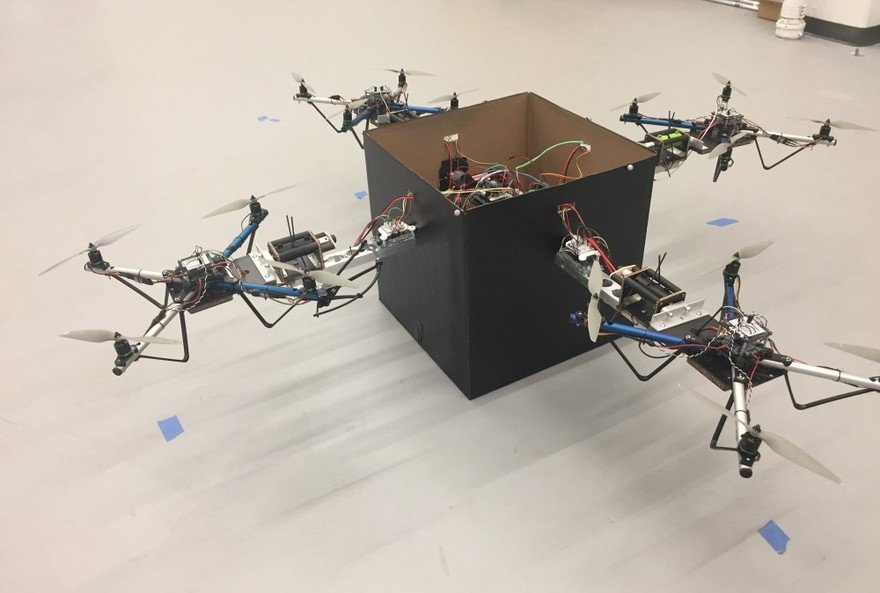 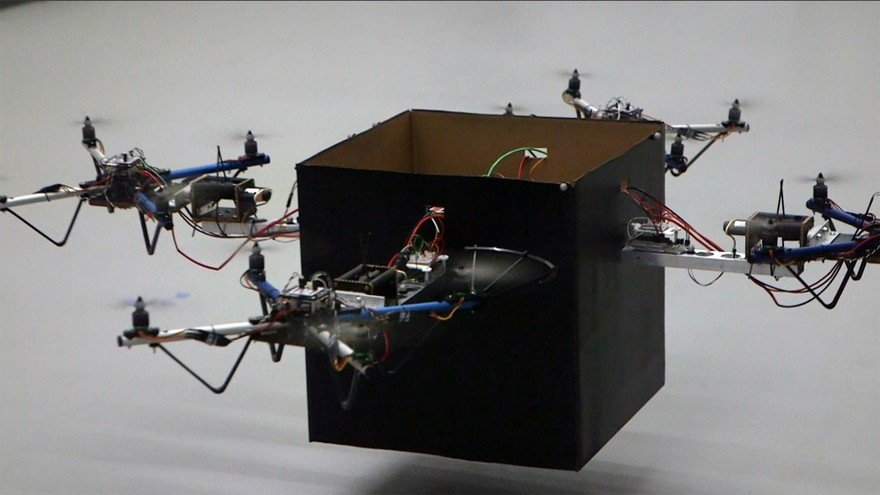 There are military applications as well:

"For the military, the modular cargo system could allow squads of soldiers at remote locations to be resupplied without the cost or risk of operating a large autonomous helicopter. A military UAV package retrieval team could be made up of individual vehicles carried by each soldier.

"That would distribute a big lifting capability in smaller packages, which equates to small drones that could be used to team up," Rogers said. "The idea of having multiple machines working together provides better scalability than building a larger device every time you have a larger task," he said. "We think this is the right way to fill that gap."

How Can Small Drones Carry Heavy Packages? Use a Swarm