Dyson's New Vacuum has a Laser

Is the V15 Detect overkill, or insightful?

This week Dyson announced their V15 Detect cordless vacuum. The Detect borrows a trick used by furniture finishers and sheetrock installers, who both use a raking light to detect small particles on the surface. On the Detect, the raking light comes in the form of a laser that's just millimeters off the surface of the floor. 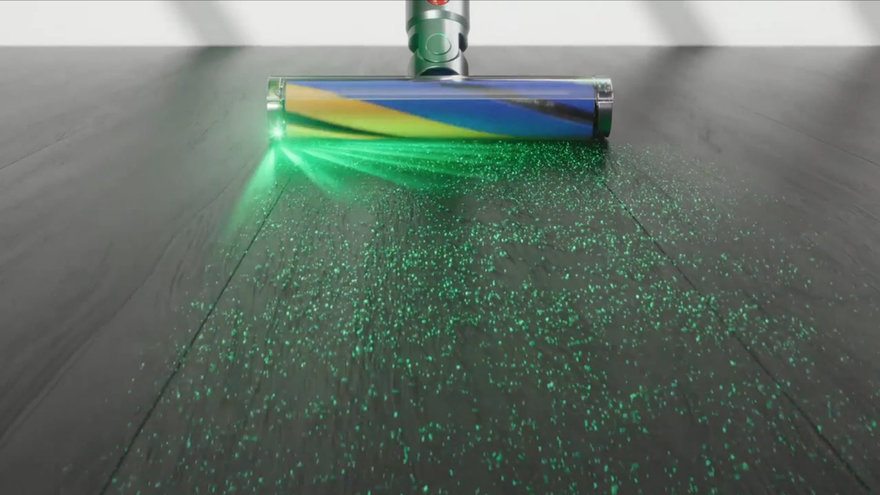 The thinking, as explained by a Dyson engineer:

James Dyson's first design for a vacuum cleaner had a then-unheard-of transparent bin. That simple UX insight--that we would like to be able to see what we've sucked up, and how much of it--was a large part of the Dyson vac's success (along with tremendous suction).

Dyson's original design was famously rejected by established manufacturers. "No one wants to see the dust," they said. Dyson then set up his own company, proved them all wrong, and is today one of the world's most successful entrepreneurs.

The question is, can that "We want to see" trick be deployed again? Do customers need--or just want--a better view of what they're vacuuming up before they vacuum it?

Dyson's New Vacuum has a Laser