JR inflicts a "wound" on the Palazzo Strozzi

French contemporary artist JR's bio reads "Artist until i find a real job :)" Hopefully he won't find one. His latest project is a 28-meter high, 33-meter wide photo collage he's installed on Florence's Palazzo Strozzi, turning the façade of the museum into a cutaway drawing: 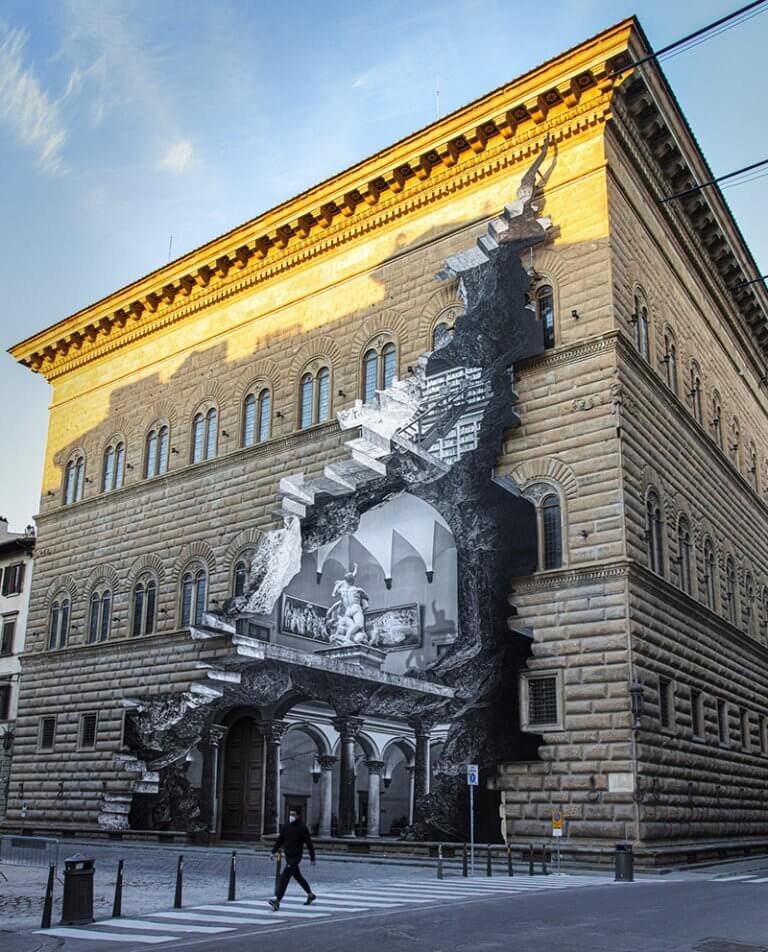 Called "La Ferita" ("the wound" in Italian), the piece is intended "to trigger a debate on the accessibility of culture in the age of Covid-19."

"By including iconic works of Florence's art heritage and directly citing real places such as the library of the Istituto Nazionale di Studi sul Rinascimento, JR proposes a direct and evocative reflection on accessibility not only to Palazzo Strozzi but to all cultural sites in the era of Covid-19. Palazzo Strozzi becomes the spectacular stage for a symbolic yet painful wound suffered by all cultural institutions both in Italy and abroad: museums, libraries, cinemas and theatres forced either to restrict audience access or to shut down altogether. Looking 'inside' Palazzo Strozzi also has the makings of an act of voyeurism designed to reveal that which cannot be seen: the depiction of a reality that goes beyond what one can customarily behold." 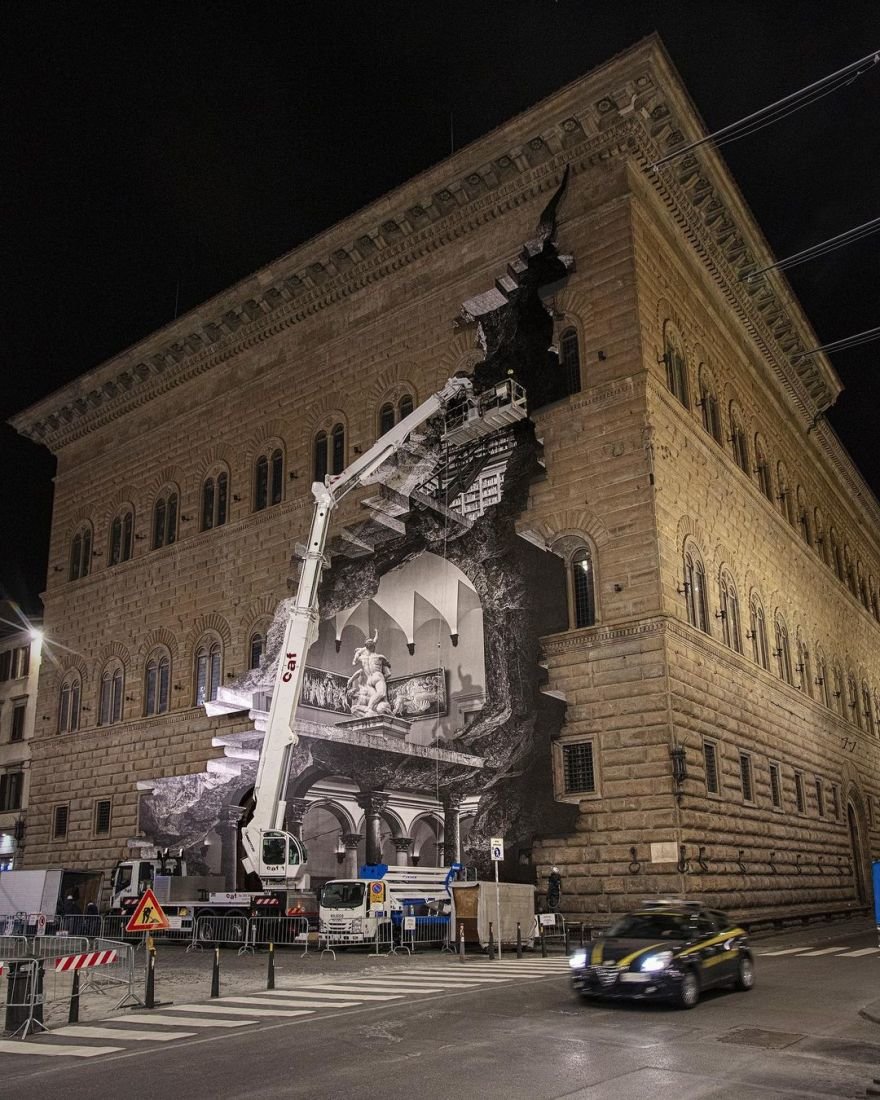 I think this would be supercool if it was live video and permanent. I could see the New Museum on the Bowery doing something like that.

JR also gave the cutaway treatment (the other way 'round) to the new Galleria Continua space in Paris for their inaugural "Truc à Faire" ("Trick to Do") exhibition: 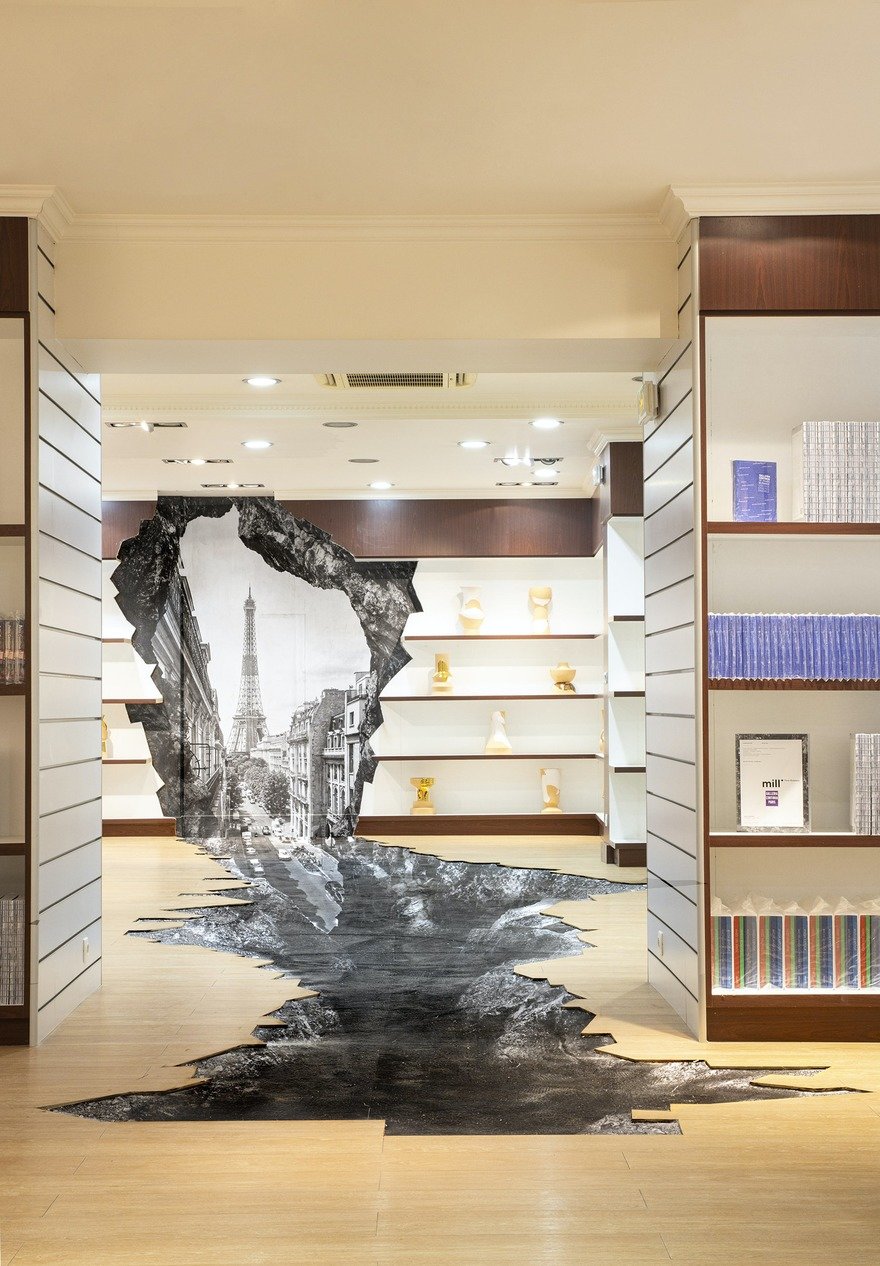