Jan Chipchase on why Lagos is more interesting than London 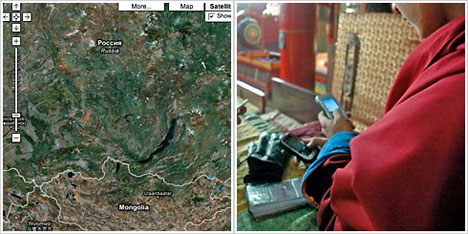 The always insightful Jan Chipchase has a short and amazing essay up at Receiver, Vodafone's blog on user experience and mobile technology, and it manages in just a few paragraphs to make not one but two startling but hard to refute arguments.

First, a fresh perspective on user research in developing markets. There have been two common viewpoints on this topic for a while now: either a)it doesn't matter that much, because most of the money is still in the hands of the developed world, or b)it's going to matter soon, because the developing world is growing and adopting technology rapidly, and we're fools to ignore such an opportunity--and anyway, it's the nice thing to do. Chipchase offers a third that trumps them both: Today over 3 billion of the world's 6.6 billion people have cellular connectivity and it is expected that another billion will be connected by 2010. But what is often overlooked is the disproportionate impact of mobile phones on different societies, which is one of the reasons why, as researchers, we increasingly prefer to spend time in places like Cairo and Kampala: there is simply more to learn.So, doing research in the poorer places is not just a humanitarian gesture, or an investment in the future, but a remarkable tool for innovating right now, for the whole world. He goes on: ...each new feature on or accessible through the mobile phone brings new modes of use--unencumbered by my, and probably your entrenched (and increasingly outdated) notions of entertainment, the 'right' way to capture and share experiences, the internet. If you work or study in the mobile space and you're expected to innovate, these are places that bring fresh thinking and new perspectives.

The second is just an observation, of the sort that seems obvious in retrospect: small technologies disseminate at different rates than big ones. Specifically: As objects become smaller, their ability to travel further and travel faster grows--technologies that are considered cutting edge in London today will rapidly disseminate to Lagos...

where they will presumably be used in ways no Londoner ever imagined.

Jan Chipchase on why Lagos is more interesting than London