What Does It Take To Build a Sustainable Design Company? 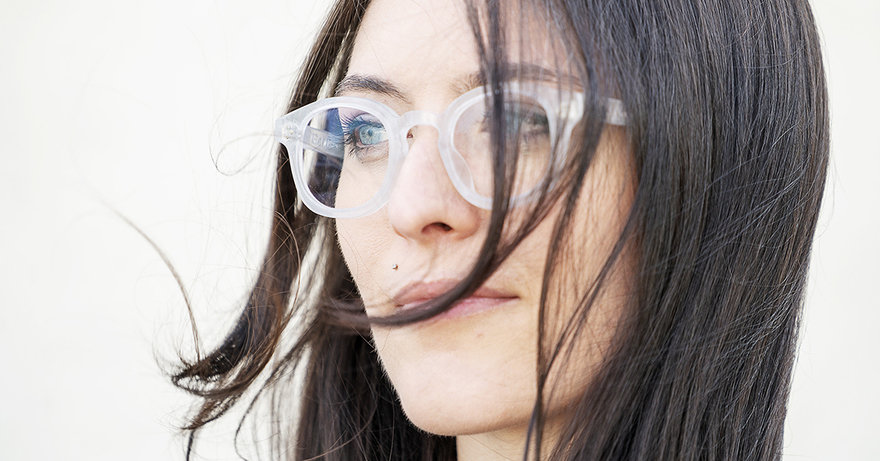 Design in the 21st century is no longer just about creating beautiful products—it's about building a sustainable practice. Recently, Kickstarter creators in the design and tech space have launched a series of projects that prioritize the environment, from speakers made of recycled e-bike batteries to a "portable sun" you can hang on your windowsill to provide hours of clean energy. Designers are also experimenting with a wide range of innovative materials, from cactus and apple leather to wonder materials like graphene, with a new generation of companies prioritizing community, sustainable practices, and waste-free manufacturing over rapid growth.

On March 17, Kickstarter and NEW INC, the New Museum's design and tech incubator, brought together two visionaries of sustainable design, Ali Rose van Overbeke and Krystal Persaud, who had a lively discussion about the actual work behind systems change, the path from product concept to tangible results, and the many ways to launch an impactful company. 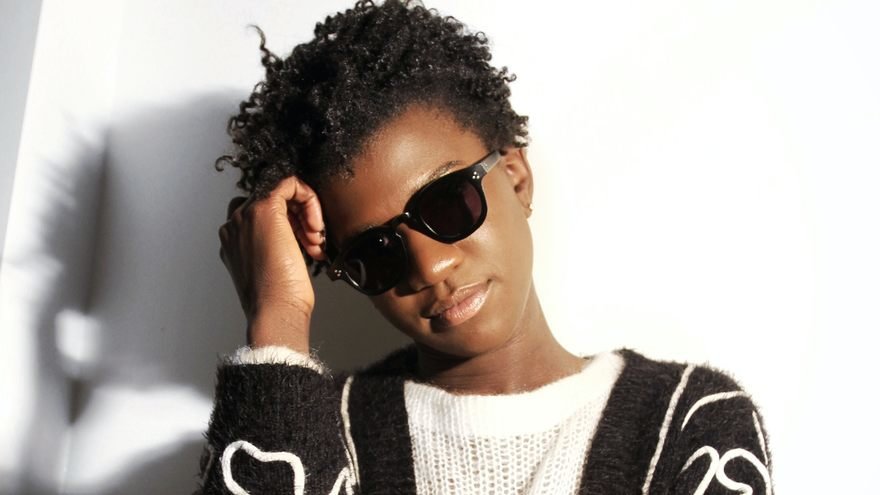 Ali Rose van Overbeke, the founder of Genusee, an eyewear brand that specializes in upcycling Flint Michigan's overabundance of plastic water bottle waste (a side effect of the city's water crisis) into affordable glasses, had always wanted to be a fashion designer. A Detroit native, she attended NYC's Parsons School of Design before a personal health crisis led her on a path of self-examination. "I wanted to show up in the world as a human and a designer. Without that detour in my journey, I would not be where I am today," she explained. Returning to Michigan, she began to explore opportunities for community collaboration, generating textiles from upcycled fabric remnants and practicing zero-waste cutting. Arriving during the height of Flint's water crisis, she was spurred to action, volunteering with the American Red Cross to deliver cases of bottled water door-to-door in Flint, noting that the city was using more than 20 million water bottles each day, much of it ending up in landfills.

"As a fashion designer, you don't know how to solve a water crisis, but I did know how to make things," she says. "We didn't just need to do a short-term art project or commentary on environmental racism in plastic waste. We needed to give the community what they were asking for—to create jobs." Out of this conviction, Genusee was born. In May 2018, van Overbeke successfully launched Genusee's Kickstarter campaign, appearing on ABC World News Tonight and in Vogue, Elle, and The New York Times. Since then, she has upcycled more than 90,000 water bottles, with five plastic bottles reused in each eyewear purchase, and creating several part and full-time jobs in Flint. Thinking about the backers who support Genusee's Kickstarter campaign, van Overbeke says, "We didn't just successfully fund our project—we built a community of 829 individuals who voted with their dollars and said 'yes' to a product and vision for the future of Flint."

You don't have to be an expert

Krystal Persaud, a NEW INC member and the founder of Grouphug Solar, is a self-proclaimed "electronics hardware geek" with a passion for sustainability. "At Grouphug, we like to say that we make ridiculously good-looking solar panels," she says of her Kickstarter-launched solar panel company, whose projects double as decor items. Persaud initially knew "nothing about solar energy"—only that she enjoyed tinkering and perfecting DIY design projects. "I've always been passionate about the environment but could never find a way to merge that passion with what I did for a living," she explains. Researching climate change, she realized that energy production was a key culprit, motivating her to look into the potential of solar energy. But traditional panels wouldn't work for her Brooklyn apartment. "I didn't have access to the roof. What was I supposed to do?" She eventually turned to YouTube tutorials to create her first panel, later forming Grouphug to help make solar more accessible.

Persaud showcased earlier failed sketches at the event, explaining how these prototypes enabled her to analyze all the cracks in her process. After producing successful prototypes, she launched a Kickstarter campaign in June 2019. "I didn't have mass production units and was taking pictures in my apartment. I went from soldering a panel to putting it on Kickstarter," she says, explaining how she was able to raise over $70,000 to support her first design. "There's a type of enthusiasm that people bring to Kickstarter. It was so much more than just the funding—I got to share my passion for solar, which I wouldn't have been able to do just building from my living room." Her Kickstarter launch eventually attracted the producers of the critically acclaimed entrepreneurial-themed reality show Shark Tank, and today Grouphug manufactures an innovative line of solar cells that use wood and bamboo instead of plastic. "Every single piece of the product comes apart and can be repaired," she says, explaining how items can be disassembled and circuits snapped together—when one panel segment breaks, it can be easily repaired, rather than tossed, lengthening its lifespan. 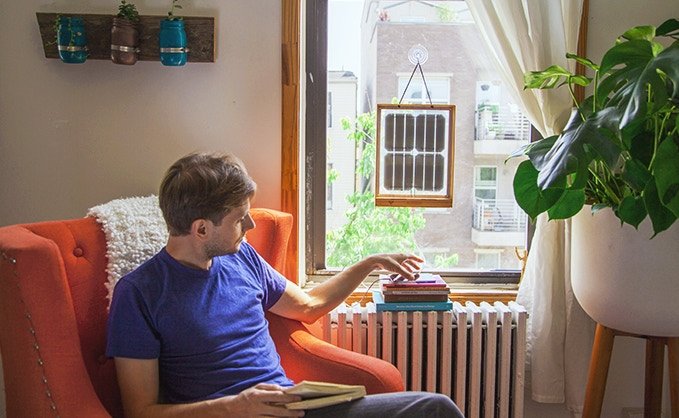 "It's easy to give up in moments of doubt," says Persaud, "but the products, companies, and entrepreneurs that succeed are the ones that are bullheaded enough not to give up. Often, you only hear about businesses in their first and second year, bringing in millions of dollars and how quickly they're able to scale up. But it might be smarter to grow slower and more controlled, especially when you are so focused on sustainability and impact. We can define our own success—it doesn't have to look like every other business."

Today, Persaud uses warehouses and follows production schedules, but stays true to her goals. The team is also experimenting with models inspired by fashion and architecture to create a solar panel that can project rainbows into your room. "These daily perception changes—they can lead up to bigger changes. Two years later, we've got thousands of customers globally," she says. "The future of energy needs creativity and not just utility. Our impact is getting people to think about solar and energy in a different way." 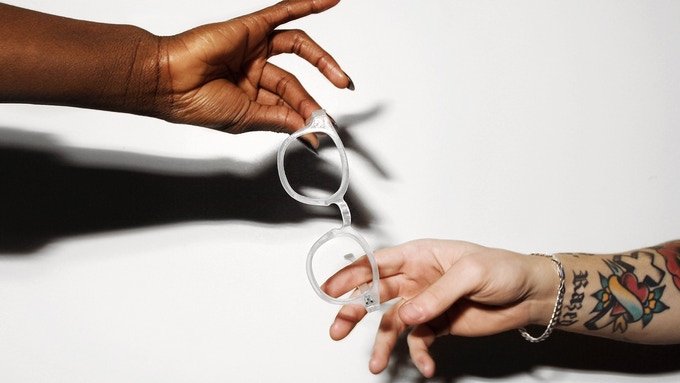 The best school is life

"I'm at a point in my journey that it's no longer about physical objects," says van Overbeke. "I'm fixated on the idea of 'why do we even have design schools anymore?' We don't need to be making more 'stuff'—we actually need to learn to design." She explains that her experiences have opened her eyes. "I believe that products can be a driving force for change. It's about exploring what we need as humans and individuals and how do we make design sustainability more democratic and accessible?"

"I don't have a background in business, but by continuing to find the right team and execute a vision, we can make an everyday impact, both socially and environmentally, on the world around us." 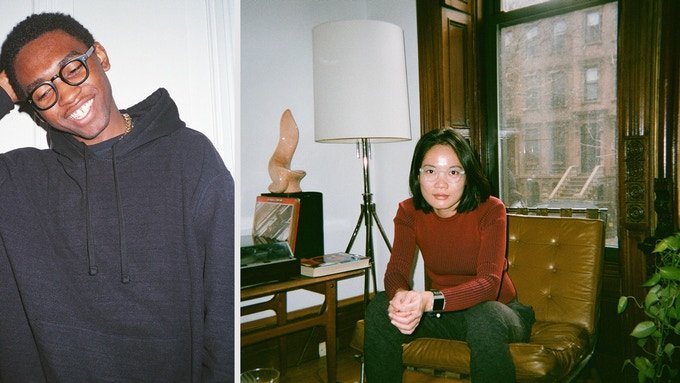 You don't need to have it all planned out

After funding Genusee on Kickstarter, van Overbeke rented office space and fulfilled her first batch of orders. Since then, organic growth has allowed her to employ individuals from the community who are just coming out of incarceration, and individuals with disabilities, also fundraising for organizations that help people directly affected by lead poisoning from the water crisis, to create a sustainable business.

"At the end of the day, a business is made up of people. We see a lot of larger corporations embracing this, but it's not just about appearances. We see it as a way of individually becoming better people as a team, influencing the world, and embodying those values—a new impactful way of doing business that benefits all people." 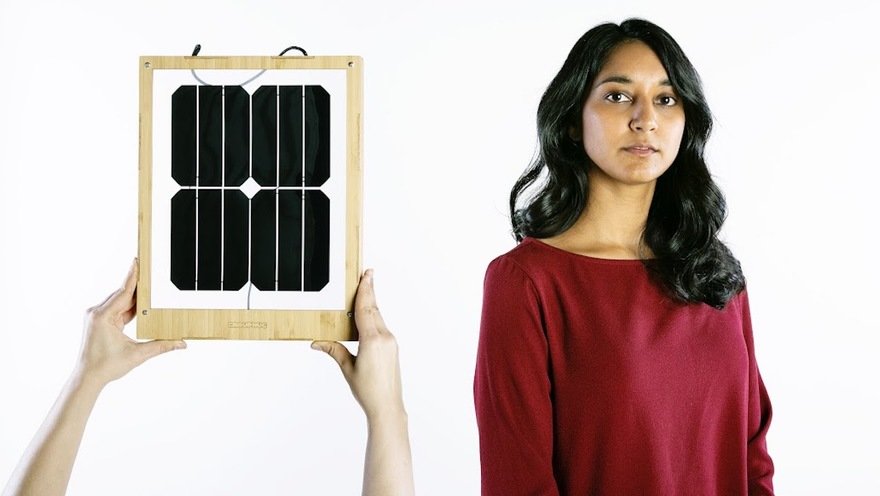 Nothing ever goes as planned, so use it as a learning opportunity

"If you asked me three years ago if I would be making solar panels, I would have said 'I don't think so,'" Persaud tells us. "But that's where I am!" For her, it's about focusing on the areas you can control, doing a good job, and then planning upgrades, knowing that not everything will be perfect. "There are so many factors—things that we can control, but also trying to improve the things that are not totally in our control. The process is a constant improvement."

"What I thought I was going to do looked drastically different from what I was doing day-to-day," says van Overbeke about her career. "But I also realized, behind the curtain, how unsustainable the linear model of the fashion industry truly was, and that didn't align with my values or make business sense to me. As individuals and as companies, we have to remember the sustainability journey is not a destination. There will always be room for improvement. The most exciting part is that we can continue to do better, but you have to start somewhere."

NEW INC works to empower creators at the intersection of art, design, and technology, with a member cohort of nearly 100 artists, designers, technologists, futurists, and creative entrepreneurs chosen via an annual open call.

What Does It Take To Build a Sustainable Design Company?