The CargoDrive is a retrofittable front wheel for your bicycle that comes with a cargo-carrying platform--and an electric motor for power assist. 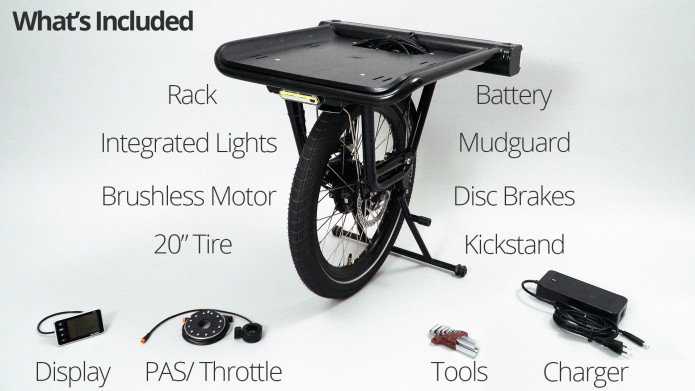 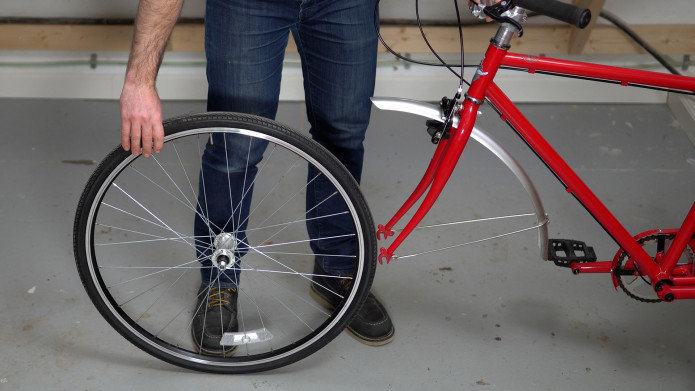 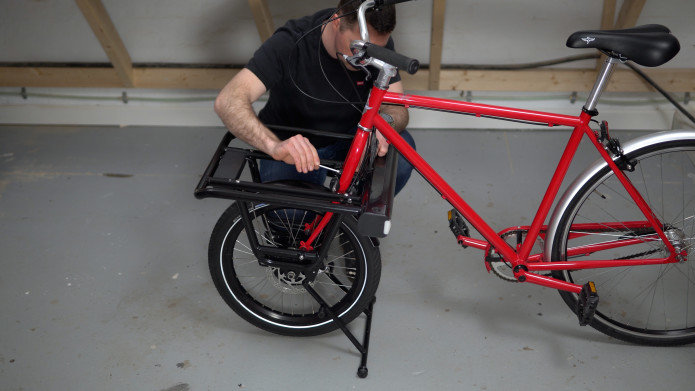 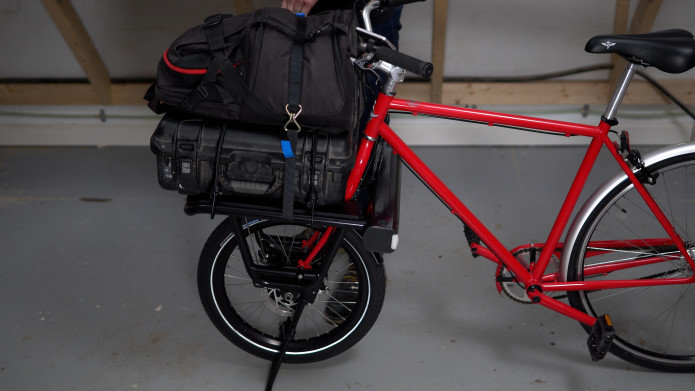 As you can see, the diameter of the front wheel is quite small, at 20"; this is done to lower the cargo platform, allowing you to carry more without sacrificing visibility. An adapter between the fork dropouts and the wheel axle makes up for the height difference. 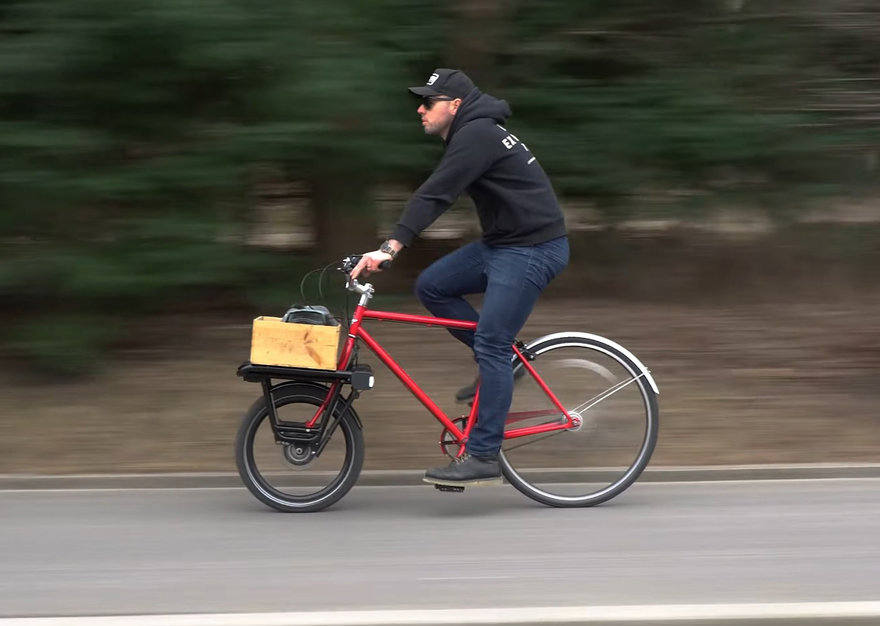 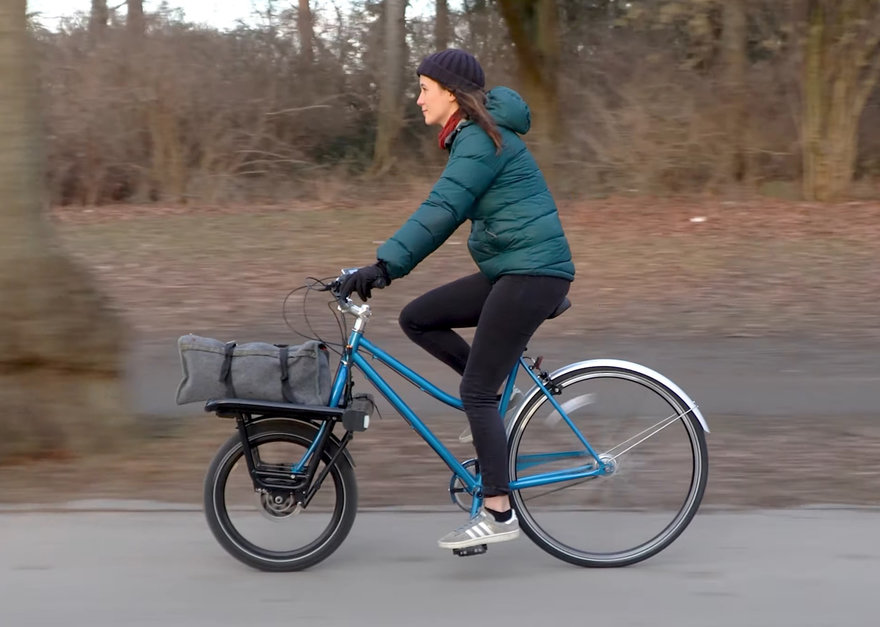 An integrated kickstand can be deployed to hold the bike steady while loading it. The platform, which weighs 30 pounds itself, can hold a further 66 pounds. 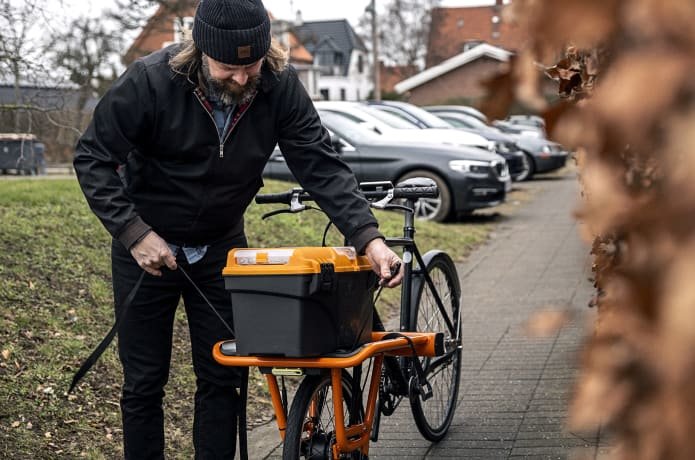 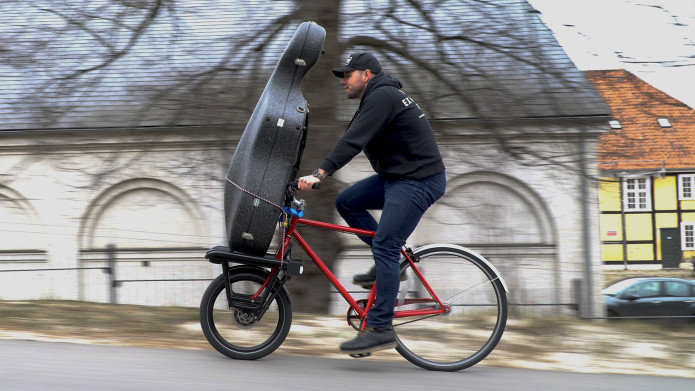 My main concern would be maneuverability; the few times I've ridden a bicycle with a heavy load over the front wheel, I found it quite tricky, particularly in city traffic. However, I'm an amateur/casual cyclist at best, and the more experienced folks in the video below report that it's not an issue: