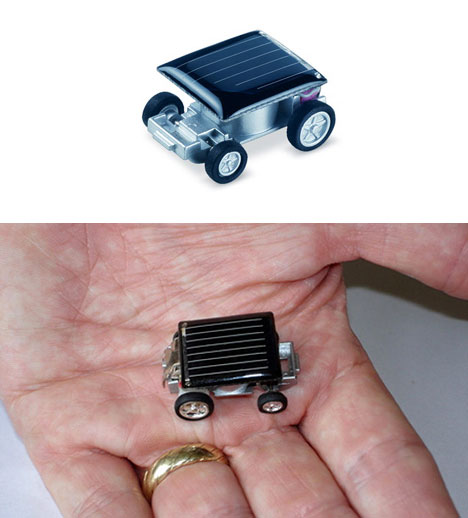 Spotted on Inhabitots yesterday and running the blogs (albeit slowly), the World's Smallest Solar Racing Car measures 33 x 22mm, and "will also work when close to a strong artificial light source." Now, we're not saying that you could drive this around by shining a flashlight on it, but we're not saying we wouldn't try it either.