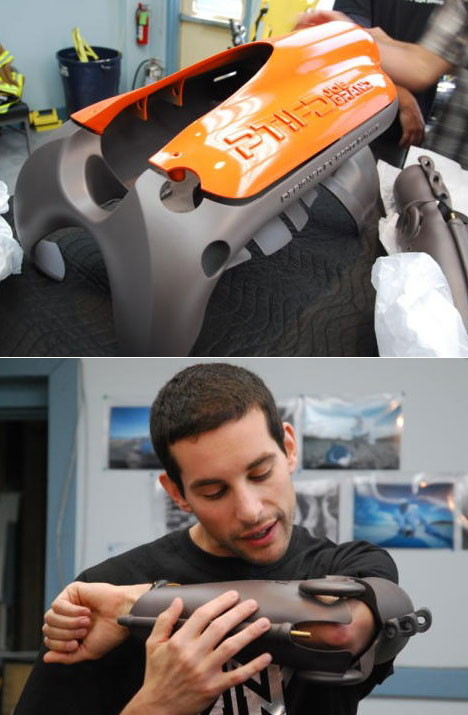 When the co-host of a new TV show centered around conceiving of, designing, and testing prototypes of robots, gadgets, machines, and other things wears a T-shirt that says "It was on fire when I got here," you know you're in for a treat.

Brooks: "Has a Ph.D. in robotics from MIT's famous Media Lab...he's the team's software specialist."

Grand: "The team's electrical engineer and self-styled 'hardware hacker,' a member of Make magazine's technical advisory board, he also runs his own product development and design firm, Grand Idea Studios."

North: "He's got a Ph.D. in material sciences, with a specialty in biomimetics."

Alas, industrial designer Scott Summit was subcontracted for a couple episodes, but is not a permanent host. Click here to read details about the show and their Pyro Pack project, pictured above.