It's crazy. And it works

Remember that crazy bed made of steel pins that Master Yashida was lying on in The Wolverine?

A similar concept could be applied to the bed of an FDM 3D printer, to avoid the need to print support structures. Here's the idea, developed by researchers at the USC Viterbi School of Engineering. Let's say you wanted to print shapes like these: 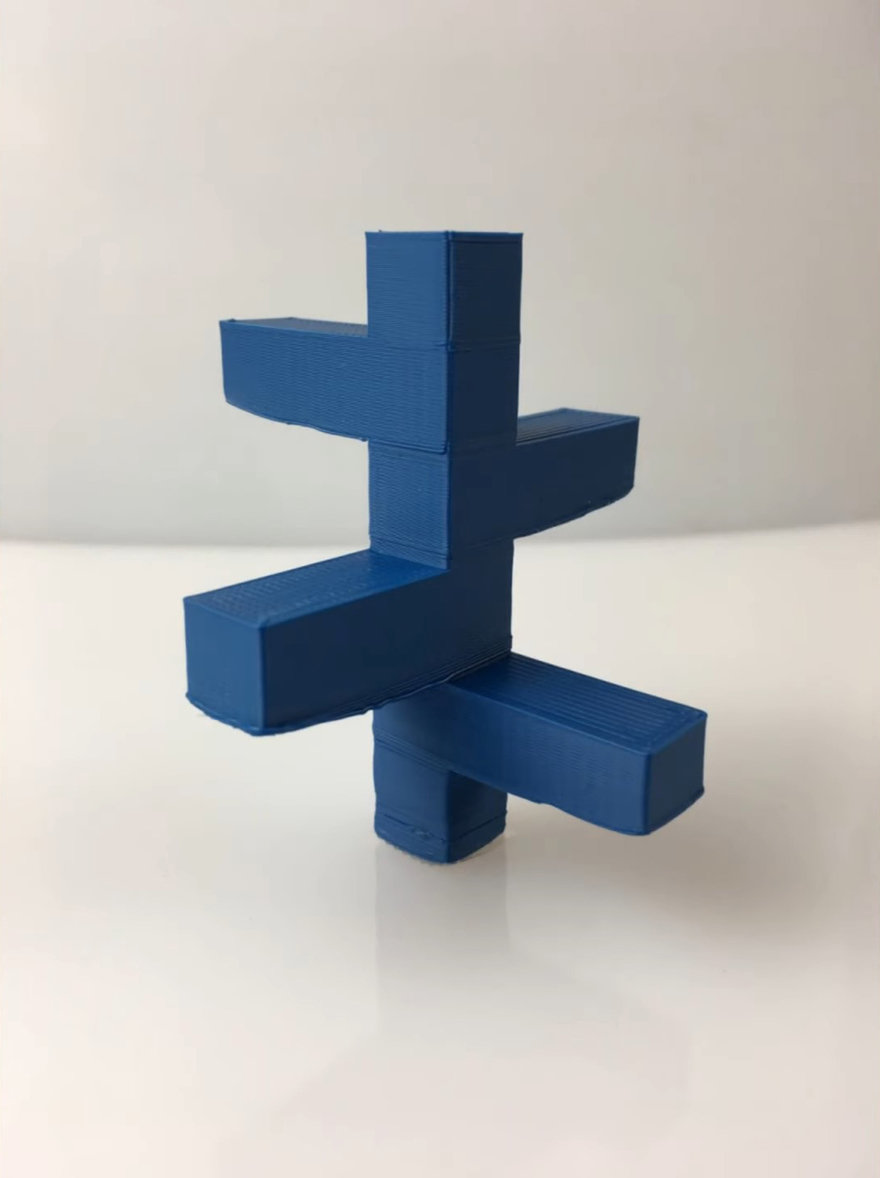 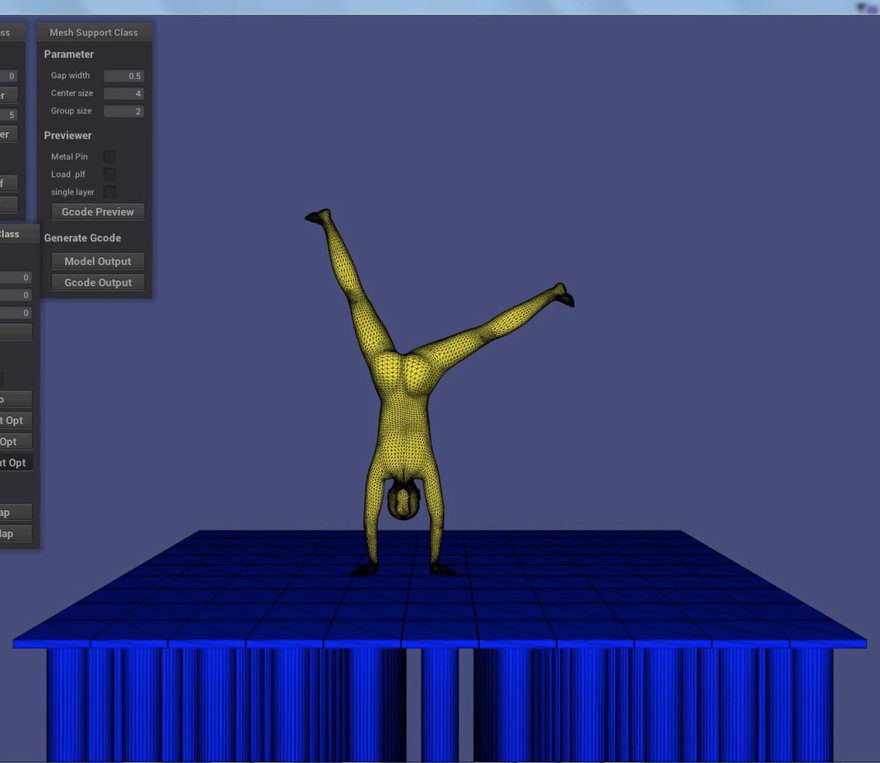 Normally those would require support structures for the cantilevered parts. Instead, the research team thought: What if the bed was composed of squares, like a chess board, and each of those squares could elevate independently of the others? 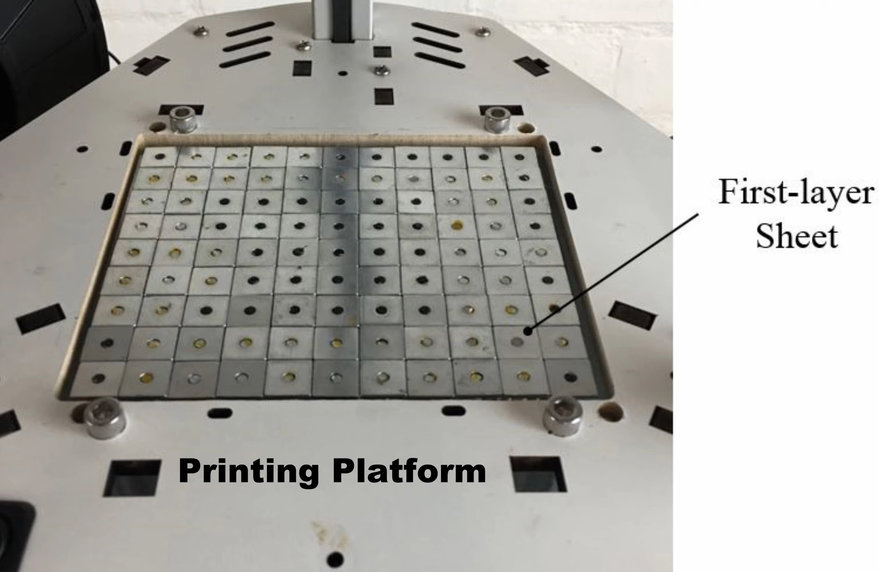 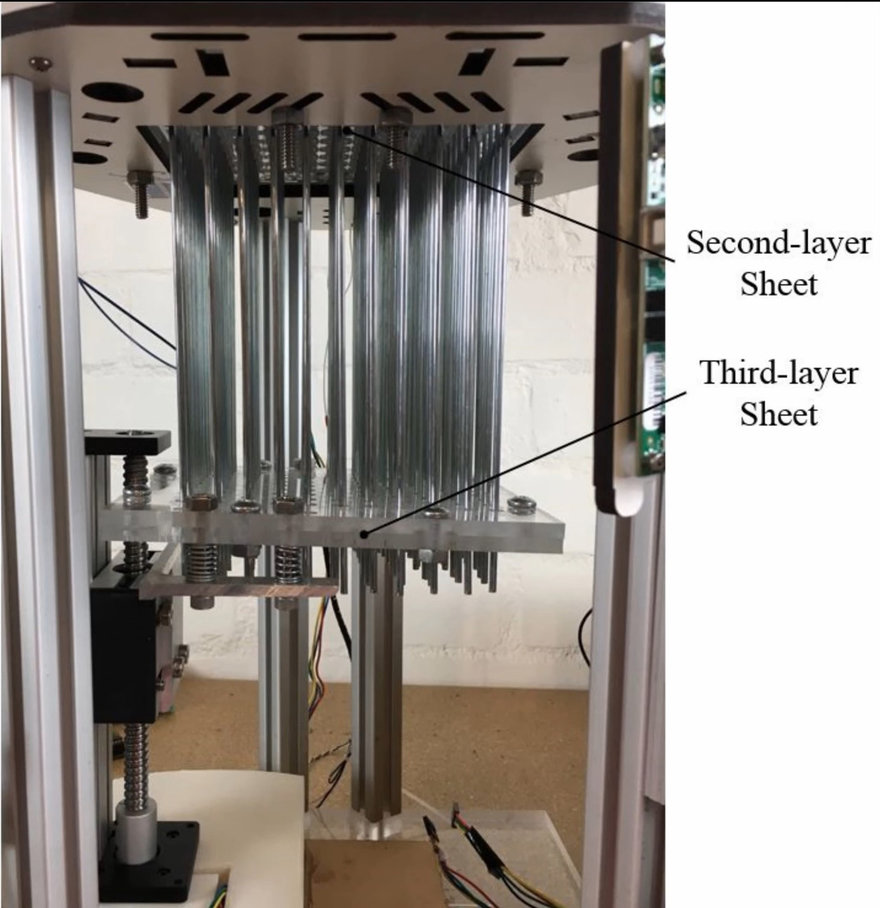 The researchers built a prototype, and were able to print the shapes above in this manner: 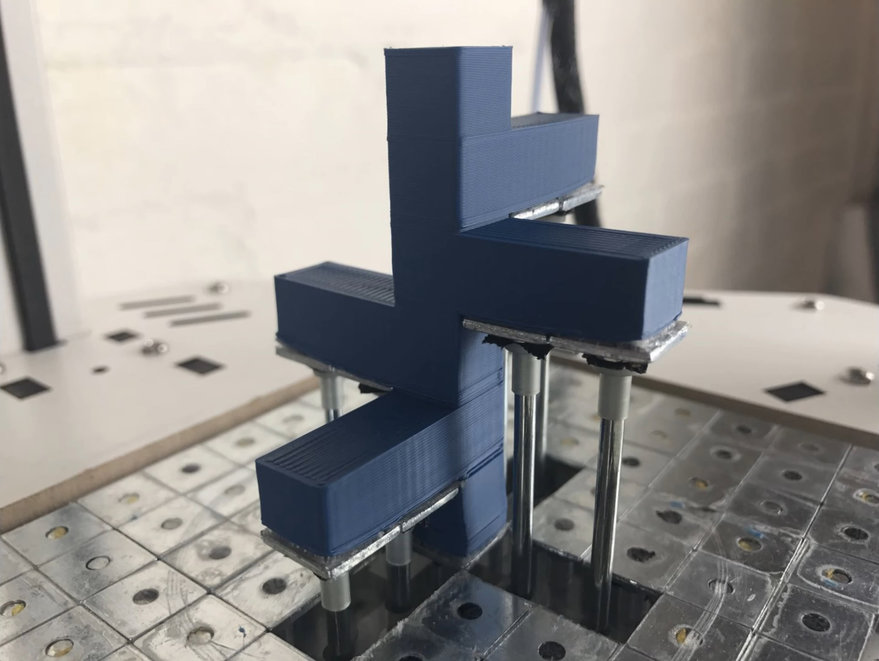 The result is not only less material wasted, but faster printing time--about a 40% time savings, according to project lead Yong Chen.

Here's the process in full:

Chen states that similar systems have been built before, but were not cost-effective because they relied on each square having their own motor to raise them. Here, the team's innovation is that a single motor is used to power all of the squares.

The team has applied for a patent, and are next hoping to scale the system up:

Chen said the system could also be easily adapted for large scale manufacturing, such as in the automotive, aerospace and yacht industries.

"People are already building FDM printers for large size car and ship bodies, as well as for consumer products such as furniture. As you can imagine, their building times are really long—we're talking about a whole day," Chen said. "So if you can save half of that, your manufacturing time could be reduced to half a day. Using our approach could bring a lot of benefits for this type of 3-D printing."