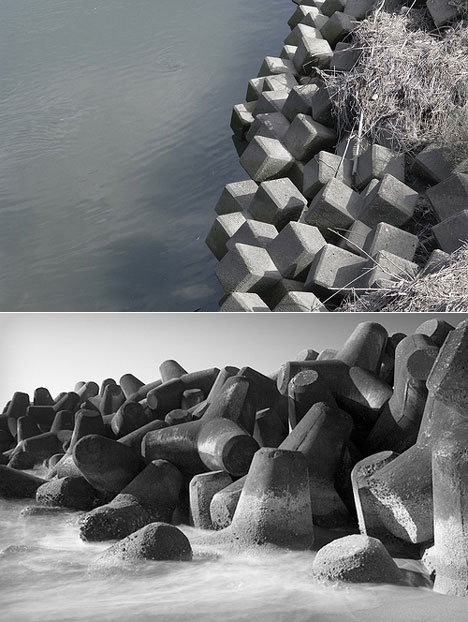 Occasionally you'll see, in any part of the world that has a system of government-funded public works and subcontractors, some structure that seems to use wayyyy more construction materials than were necessary. Locals will tell you the story--"Oh, the Councilman's brother runs a concrete company," hence there's a new public square slathered in concrete, while said Councilman's brother is driving around in a new SUV.

Japan's "tetrapod beaches" are a good example of this kinda thing:

Hit the beach anywhere in Japan, and you are likely to see endless piles of tetrapods - enormous four-legged concrete structures intended to prevent coastal erosion. By some estimates, more than 50% of Japan's 35,000-kilometer (22,000-mi) coastline has been altered with tetrapods and other forms of concrete. Critics, who blame the tetrapod invasion on decades of excessive government spending designed to bolster the construction industry, argue that in addition to posing a danger to swimmers, surfers and boaters, tetrapods actually accelerate beach erosion by disrupting the natural processes that shape the coastal environment.

Pink Tentacle has amassed all of the Flickrites who've captured the tetrapod beaches on film/pixel. Even cooler, one of them managed to find and shoot the molds they use to make some of them: 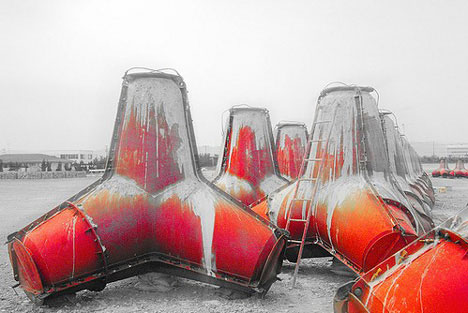