Despite not being production-ready and only at the prototype stage, the XION CyberX e-bike is the latest crowdfunding smash. 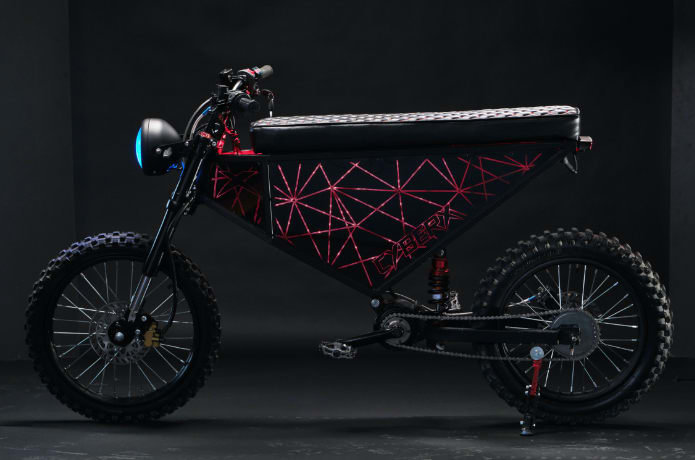 The CyberX is a rectilinear and, to me, underdesigned off-road e-bike with an absurdly long banana seat (well, if bananas were straight) meant to seat two. However, the default seat position for a single rider appears to be in the middle of the seat, so riding tandem means both parties must compromise. 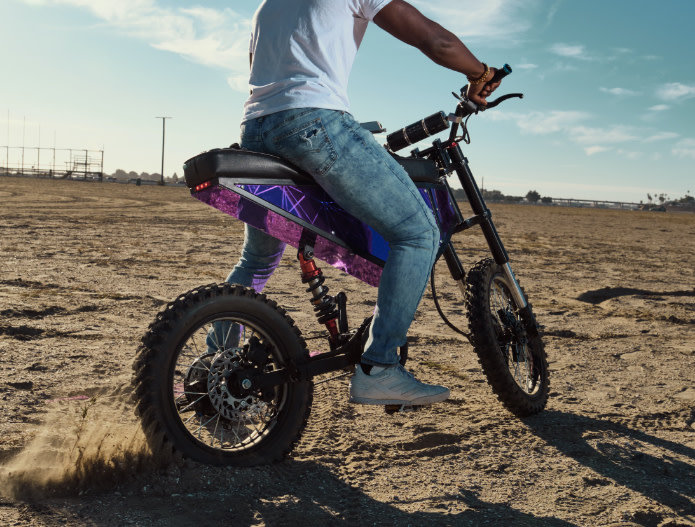 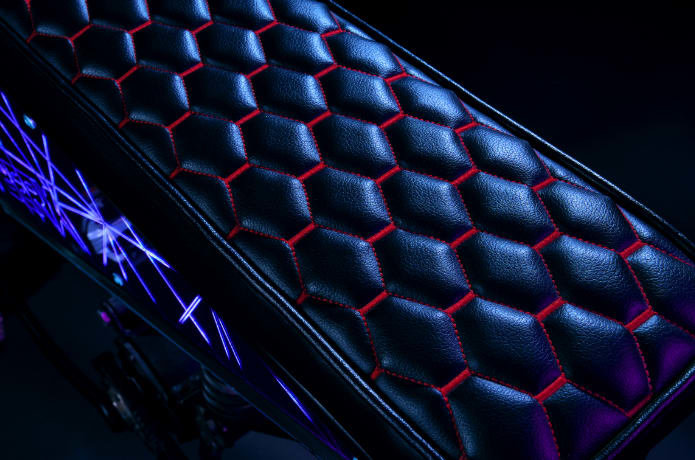 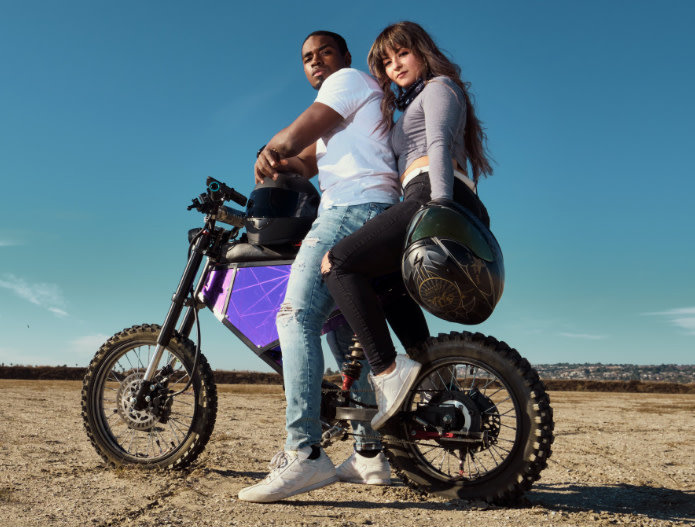 Not that anyone cares; at press time the CyberX had pulled in over $1 million in pledges on a $25,000 goal, with 22 days left to pledge. The claimed range sounds fantastic: 75 miles at 20 m.p.h. with no pedaling, or 100 miles if you're willing to put in some legwork. Even at max throttle, the developers say, you'll travel 50 miles before running out of juice. That they've managed to wring this much range out of a steel-framed bike is pretty astonishing. 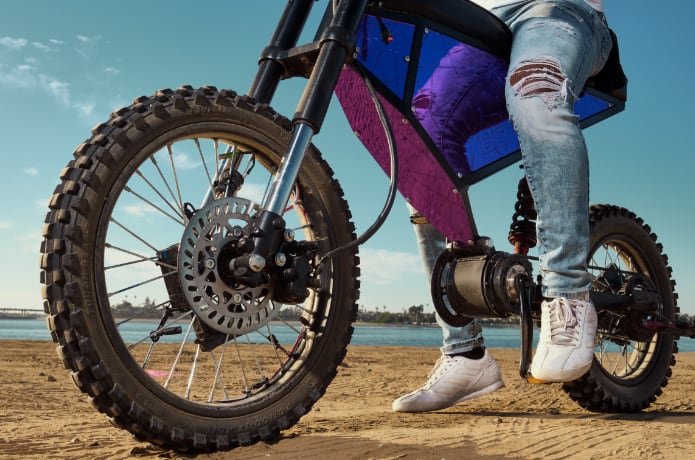 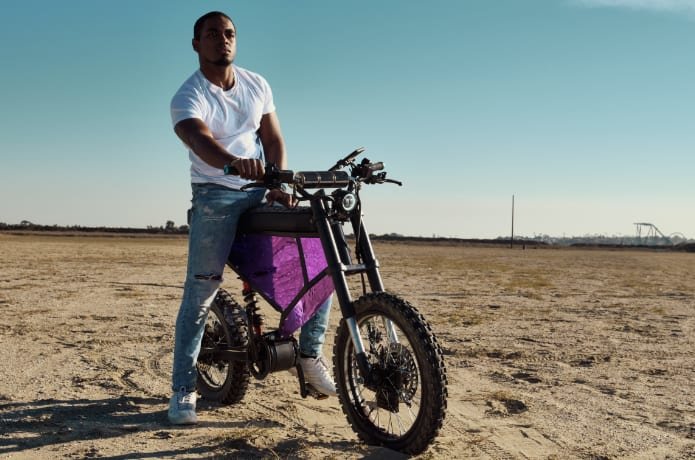 The polygonal panels covering the side of the bike, which I find kind of ugly, are actually one of the selling points; the developers are offering an option to customize them using a template, with an additional option to add mirror acrylic panels with LED lights, as well as choose your frame and seat colors. 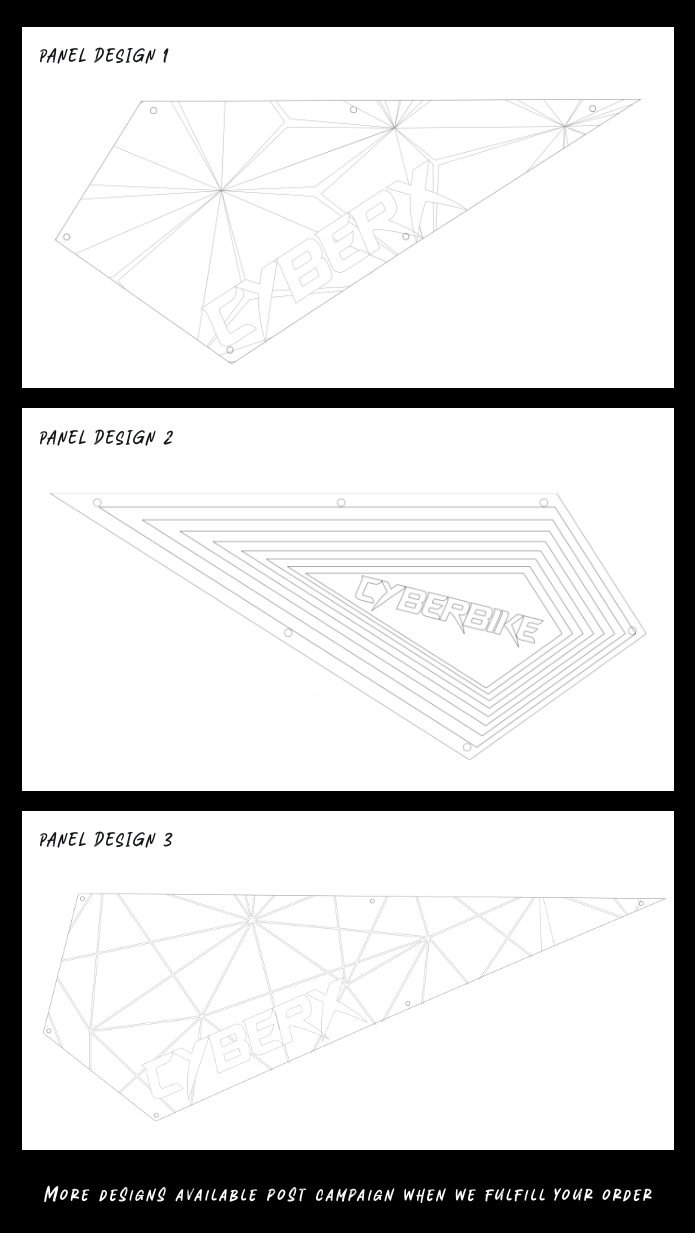 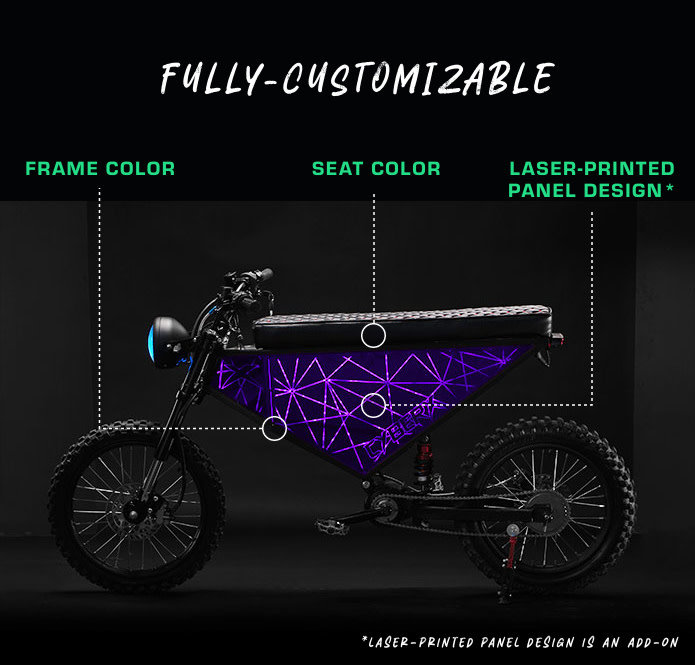 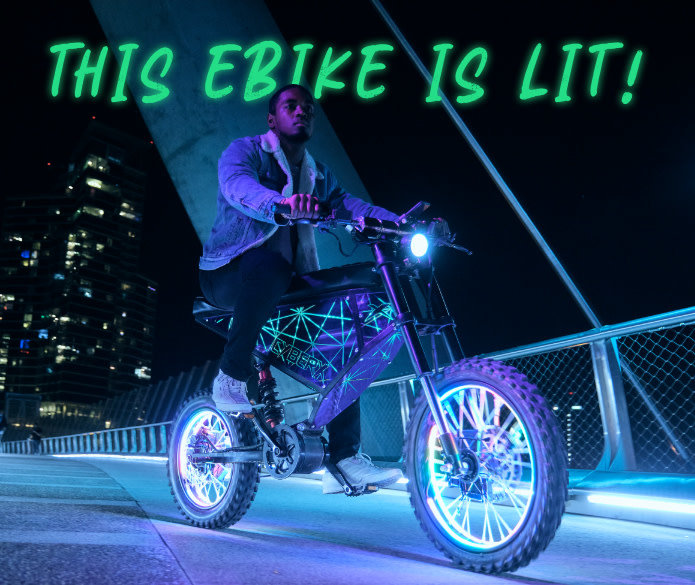 Interestingly, they've opted for a belt drive rather than chain, and have placed the motor amidships rather than in the hub. Am curious to hear how the e-bike fanatics among you feel about this. 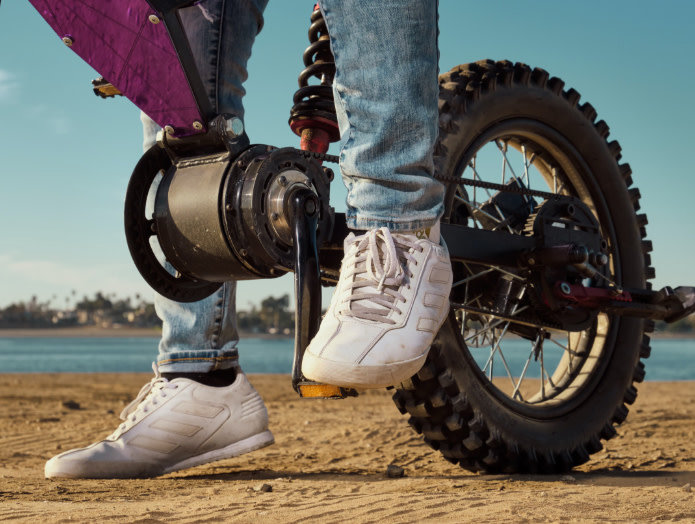 Oh yeah, and it comes with a Bluetooth speaker mounted to the handlebars:

Here's a look at a prototype in action: