TV of the future, in the front of your car?

For its unveiling at the Auto Shanghai 2021 show, Audi's calling their A6 e-tron concept "the next e-volution," ­­with an all-new body design shaped for maximum aerodynamics. 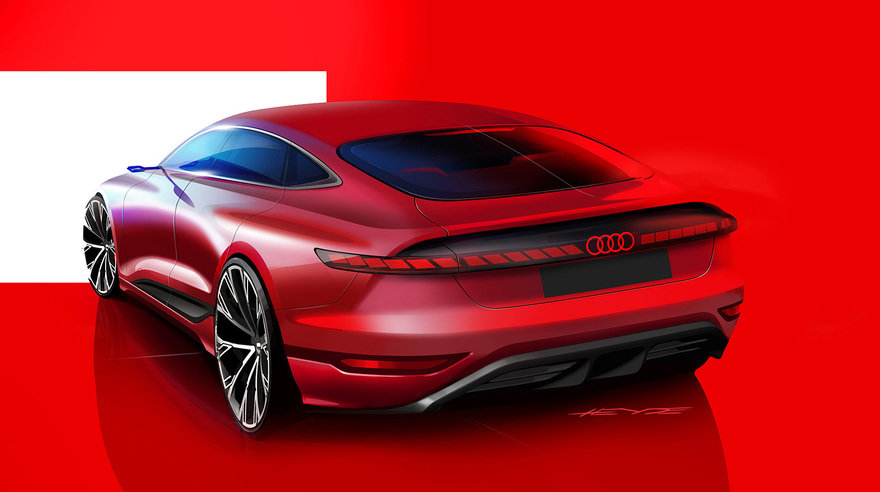 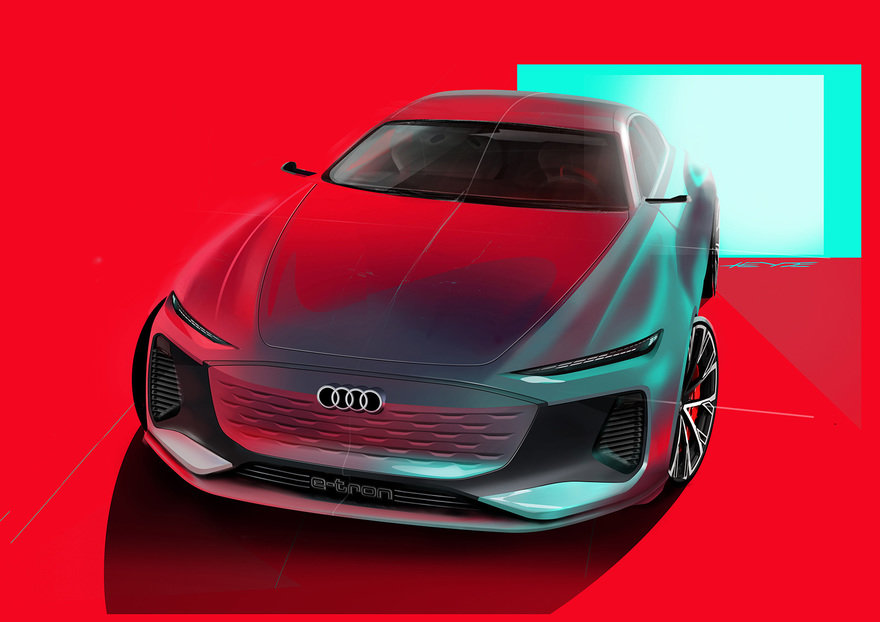 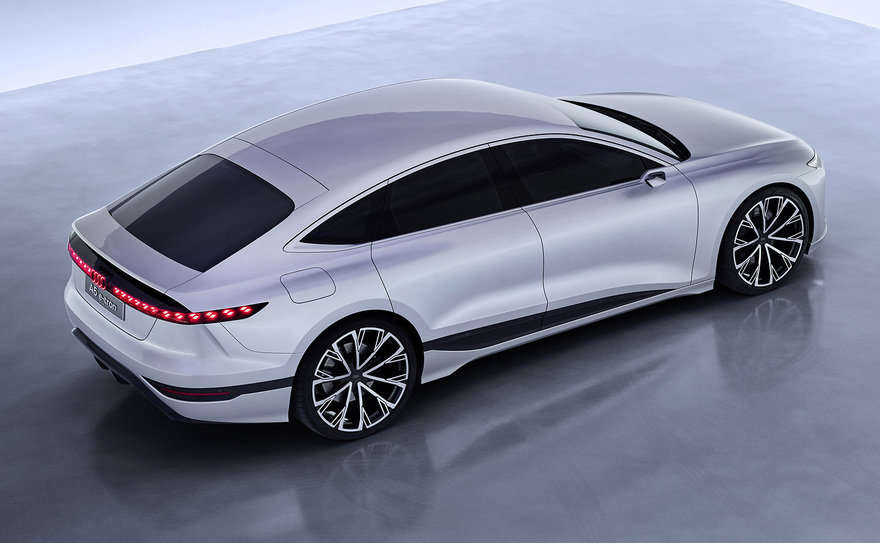 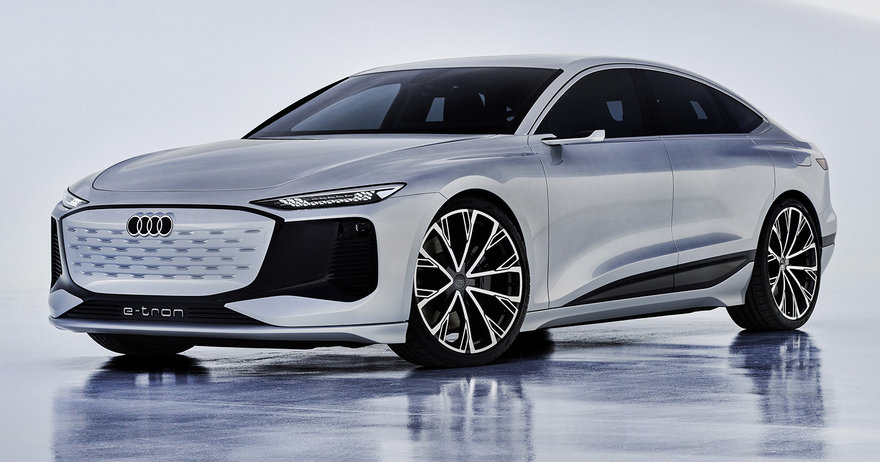 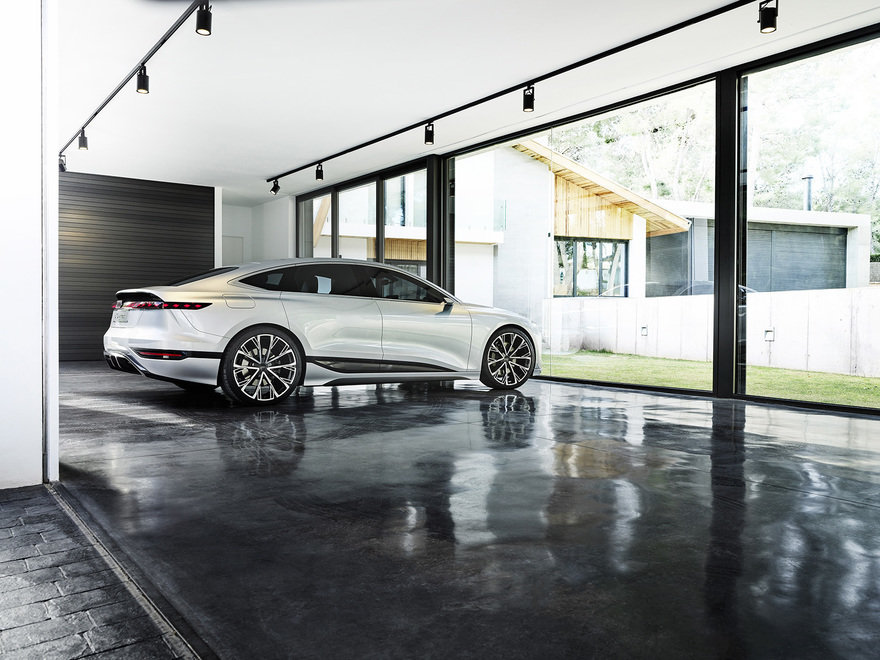 But what most caught our eye in the press release wasn't the renderings, but this whimsical feature, that seems most uncharacteristic for a sober German carmaker: 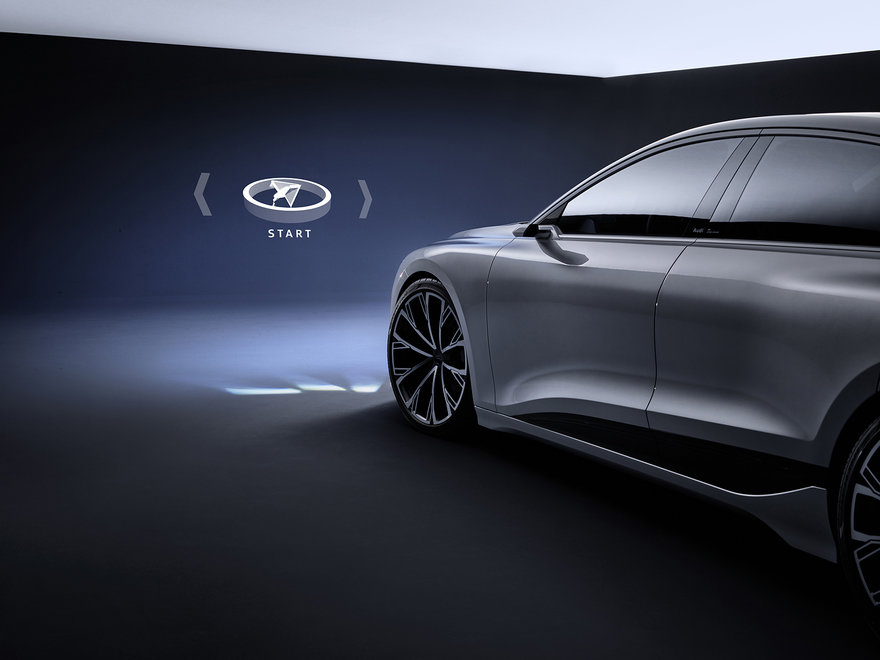 "[When] the Audi A6 e-tron concept is parked in front of a wall during a break to recharge the battery, the driver and passengers can pass the time playing a video game projected onto it. Instead of on a small screen in the cockpit, they'll see their respective game's virtual landscapes projected onto the wall in XXL format – and all this via the Digital Matrix LED headlights. Players can stand next to or directly in front of the vehicle for a particularly good view of the game, which is several meters wide. 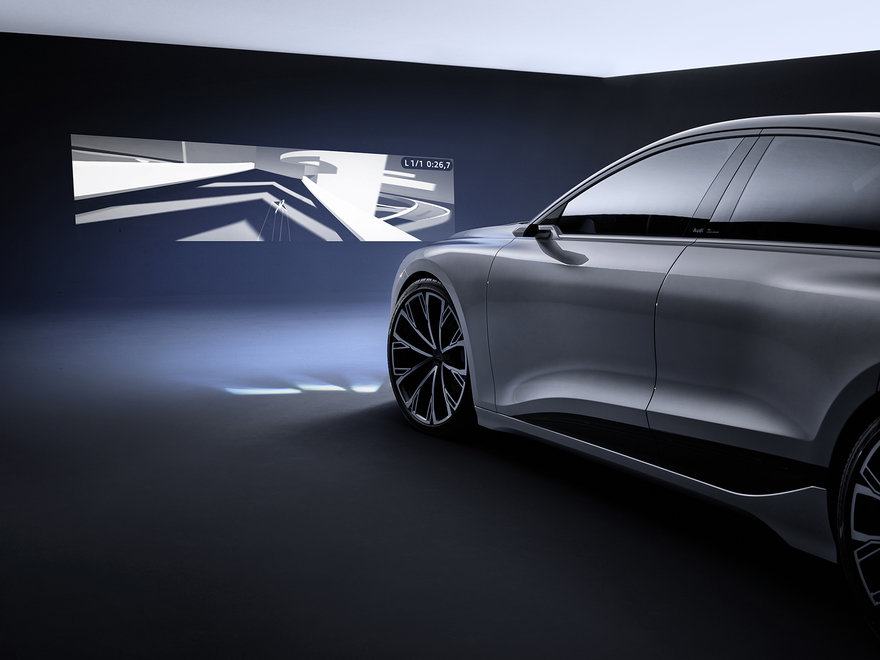 "Players control the game via smartphone. And even the game itself is an Audi product – Audi designers conceived and developed it especially for the Audi A6 e-tron concept!" 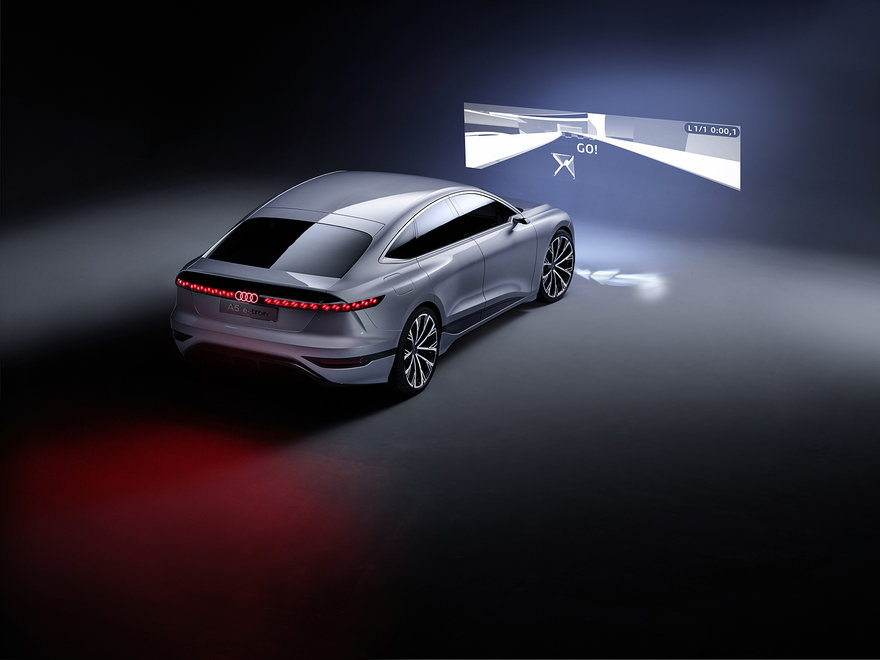 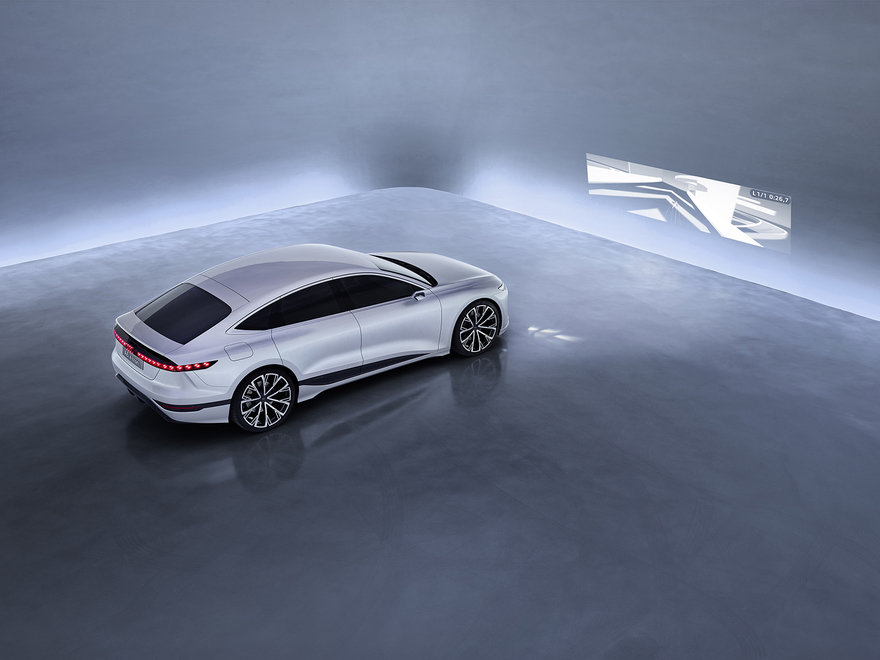 No word on what the game is like, but in the renders it looks like some kind of abstract course-navigating type of thing. At any rate, I'm guessing it's not a first-person shooter.

It also begs the questions: Will charging stations of the future feature projection screens? And will we one day be watching sports clips, news segments and movie trailers like this?