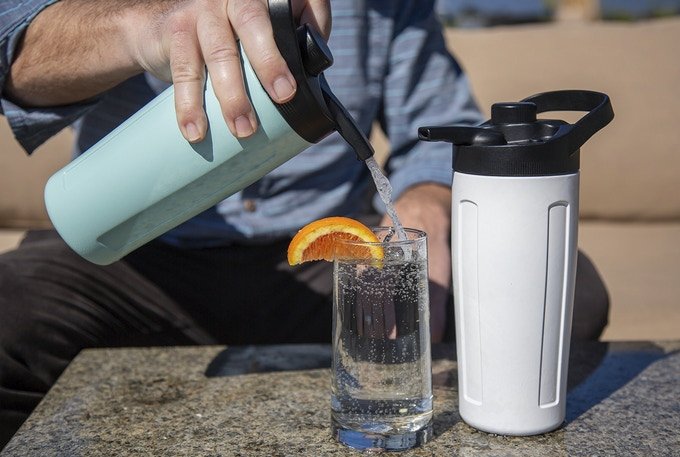 It all started, as many things do, with beer. "At one point, Portland had more breweries per capita than anywhere else. That and strip clubs," jokes Brian Sonnichsen, the product designer and co-founder of Portland's GrowlerWerks, which specializes in devices that deliver cold and refreshing draft beverages on-demand. "But we decided to stick with beer." A mechanical engineer with over nineteen years of experience designing everything from inkjet printers at Xerox to fuel power systems, Sonnichsen, who studied at Massachusetts Institute of Technology and 13 patents under his belt, is also a passionate home-brewer on a mission to elevate the art of the beverage.

Growlerwerks began with the launch of the uKeg Pressurized Growler for Fresh Beer, a high-tech growler that maintains "perfect carbonation" from the first pour to the last and can produce small-batch concoctions ranging from sparkling sodas to cocktails. Receiving support from more than 10,000 backers on Kickstarter, the team followed this success with a pivot to coffee, launching the uKeg Nitro Cold Brew Coffee Maker, an integrated cold brew coffee maker and dispenser that looks like a steampunk prop. This month, GrowlerWerks celebrates the uKeg Twist Hard Seltzer Maker, a portable hard seltzer-maker that's available on Kickstarter till May 4 and potentially arriving at a BBQ or backyard picnic near you. 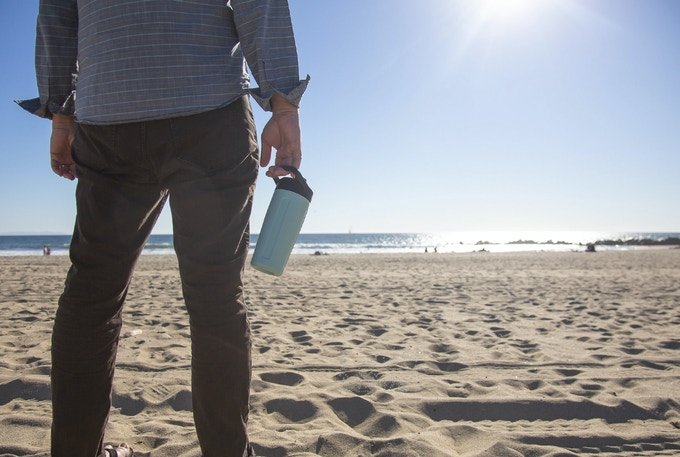 A toast to technology

Passionate brew-lovers, the GrowlerWerks team is a brain trust of engineering know-how: President, co-founder, and Portland native Shawn Huff studied Chemical Engineering at the University of Washington, where he won a "best innovation" award in the school's business plan competition. Fellow co-founder and product designer Evan Regen honed his mechanical-engineering skills in the fuel cell industry.

When testing for their newest creation with family, friends, and fans, the team recognized the need for a product that could quickly and easily create hard seltzer, the fastest-growing new category in spirits. "It's the most common drink they wanted to mix for themselves, but there was nothing out there that allowed them to do this easily." The team wanted the uKeg Twist to be sleek and easy to transport. "A half-gallon is good to bring to a party, but not really to take a seltzer to work," explains Regen. "We were looking to make something that would carbonate instantly, be portable, and be the only thing you needed." 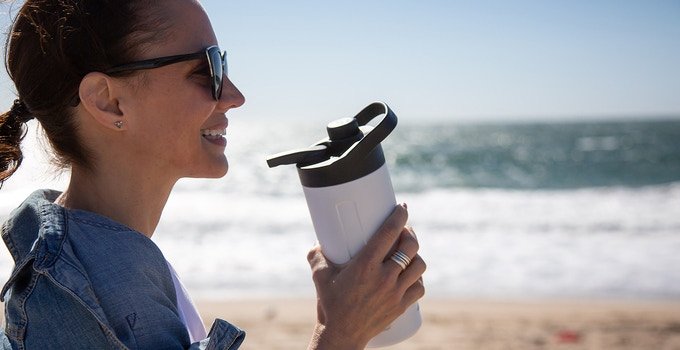 A new kind of spritz

"Seltzers take too long to make yourself. Soda siphons go flat right away, and SodaStreams are clunky," says Sonnichsen, explaining that you can't easily create mixed drinks with, or transport, many mass market seltzer-makers, which often require you to pour mixtures into an insulated bottle. "Evan thought up the Twist idea, and it made sense—you can do it all, wherever you are. You can even mix inside the bottle, adding in a dose of vodka, and have ready-to-go hard seltzer in seconds," he says, noting that many of the hard seltzers on the market are sugary malt beverages that can leave a nasty aftertaste. GrowlerWerk's creation offers a more health-conscious alternative that users can fully control. 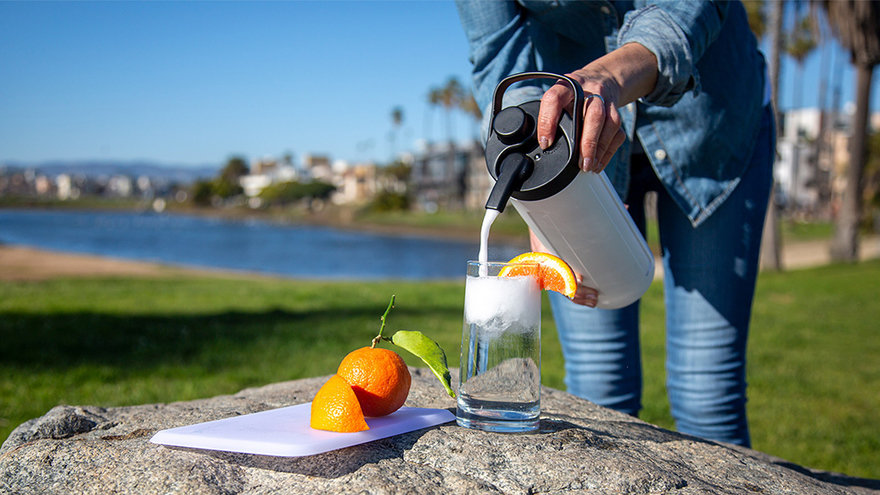 How the drinks get made

"Our first prototype for uKeg was literally a glass growler with a bike valve added to the top," explains Regen,"we drank half the beer, pumped the thing back up with CO2 from a bike emergency pump, and left it in the fridge for a couple of days." When the team later opened it up and saw the beer had stayed fresh, they knew they were onto something. "From an engineer's perspective, the uKeg was a fun combination of the 'hard' engineering we were used to and the more aesthetic design that we never really got to use when you designed things like fuel cells and hydrogen reformers." With the uKeg Twist, as with all GrowlerWerks products, an engineering analysis was needed behind the scenes. "I like to say that most of our projects start with an excel spreadsheet instead of a sketch. At the same time, we get to see people use and interact with the things we make in the real world. It's not all hidden under a hood or tucked away in an industrial plant." 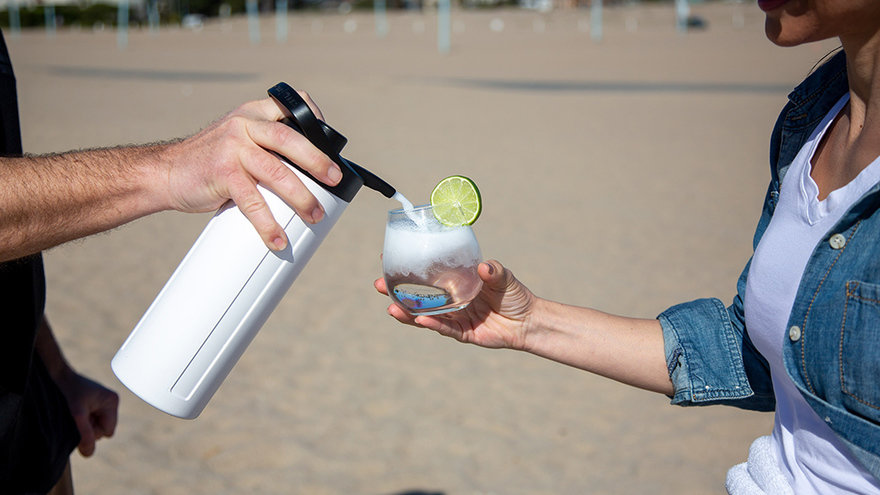 Started at the bottom

Since the launch of original uKeg, the team has grown from working out of Sonnichsen's basement—" we also took over the rest of the house, with the dining room as the conference area and the backyard as the film studio"—to a nearby warehouse, and the pages of Food & Wine, Esquire, and Men's Journal. They offer a few words for would-be homebrew entrepreneurs. "One thing we learned is that Kickstarter backers like to be part of the process. The more details of the product design we share, the development and manufacturing, the good and the bad, the more supportive the backers are. In the end, everyone wants to see this thing come to life, and it's so cool to see when people get this brand new thing in their hands and love it."
Sonnichsen explains that half the fun of running a company like GrowlerWerks is making products that help people enjoy life just a little more and connecting directly with fans and backers. "In the end, Kickstarter has helped us produce better products than we would have on our own." 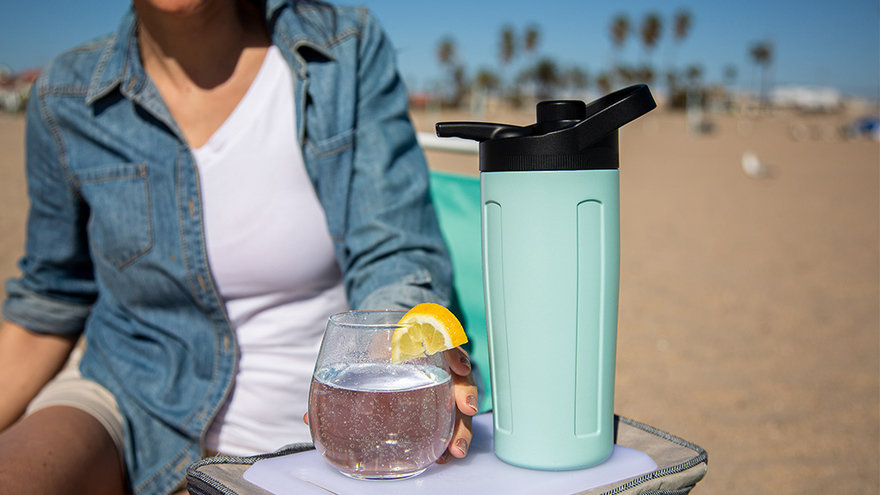 For now, the team is looking toward enjoying the uKeg Twist out in the world once things go back to "normal.". "While it's fun to go meet our friends at a bar, being with a group of friends, hanging out on the grass on a warm afternoon in a busy park, with all the kids, the dogs, can be magical," says Regen. "And now, with so many cities allowing to-go cocktail options, meeting friends in the park for after-work drinks feels like something lots of people have just discovered."

The uKeg TWIST Hard Seltzer Maker is live on Kickstarter through May 4, 2021.