It increases sales, safety and convenience

Talk about good timing. In October 2019 Wing, a drone delivery service and subsidiary of Alphabet, gained permission to start running trials in Christiansburg, Virginia. Residents of the town, population 21,000, were initially skeptical. "It sounded unrealistic," said Cassie Brugh, who owns a local coffee shop with her husband Luke. Nevertheless, they signed up to be one of the vendors. 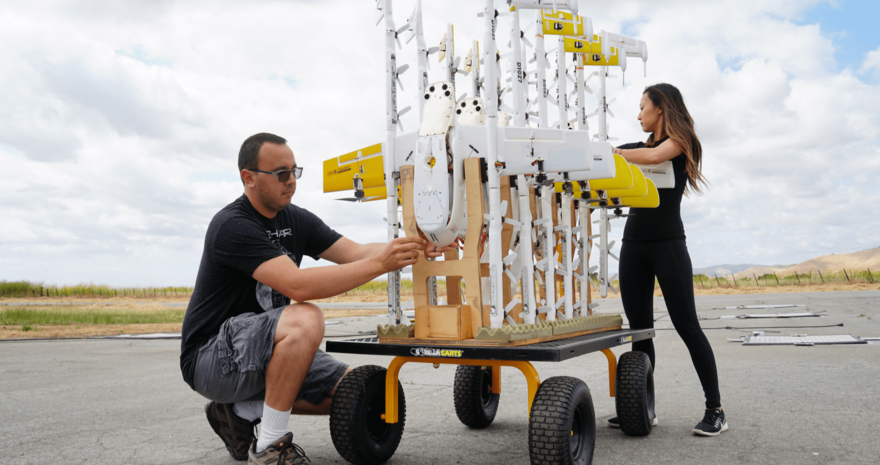 A year later, with the pandemic in full swing, Wing became a crucial part of life in Christiansburg. "Somebody is able to place an order on their phone in the app, and within 10 minutes it's at their house," says Luke Brugh--who found he and Cassie were now selling, via drone, double the amount of cold-brew than they had sold a year earlier, prior to the pandemic. 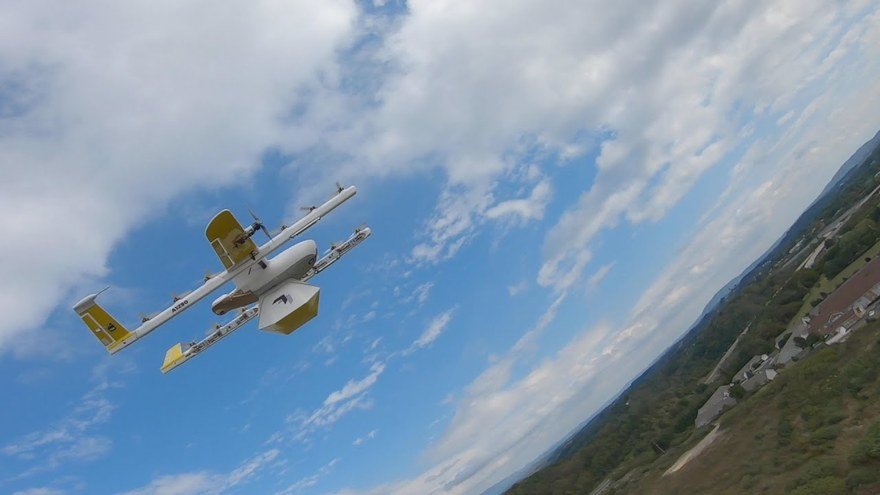 Residents not only had the Brugh's coffee orders delivered to them, but food, medicine, clothes, toys, library books, FedEx packages, Girl Scout Cookies and even toilet paper. Some residents use the service as frequently as two to three times per day. "I've had nothing but positive comments," says Christiansburg Mayor Mike Barber of the service. "I'd like to see it expand." 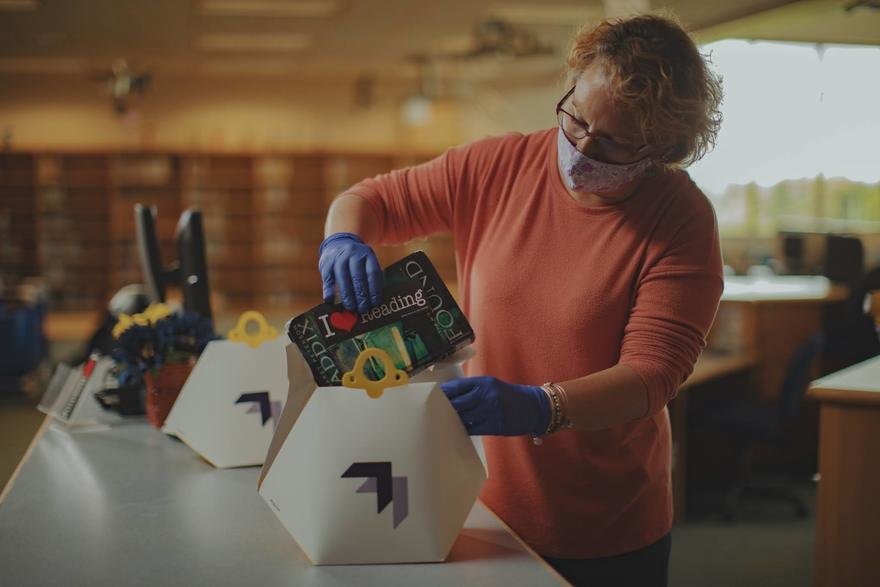 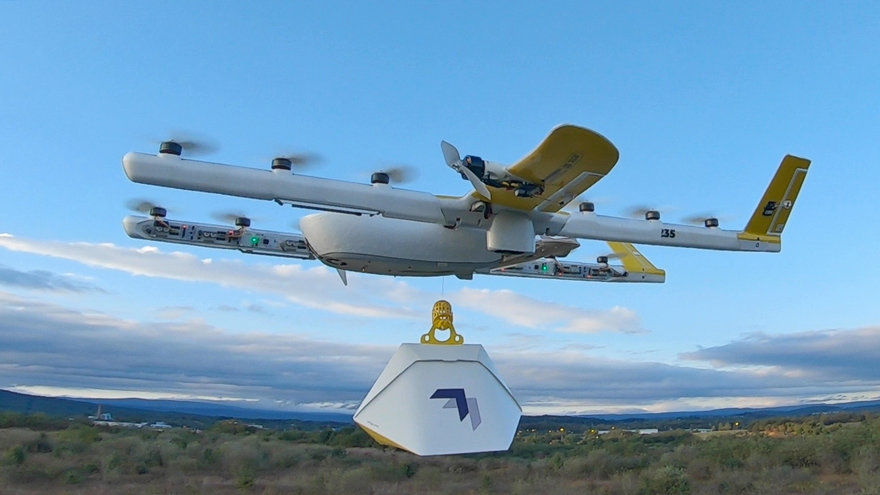 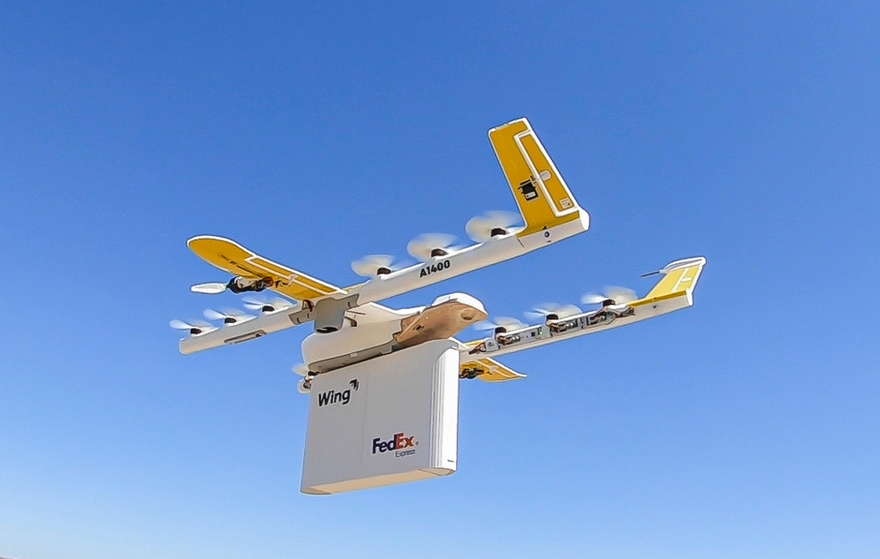 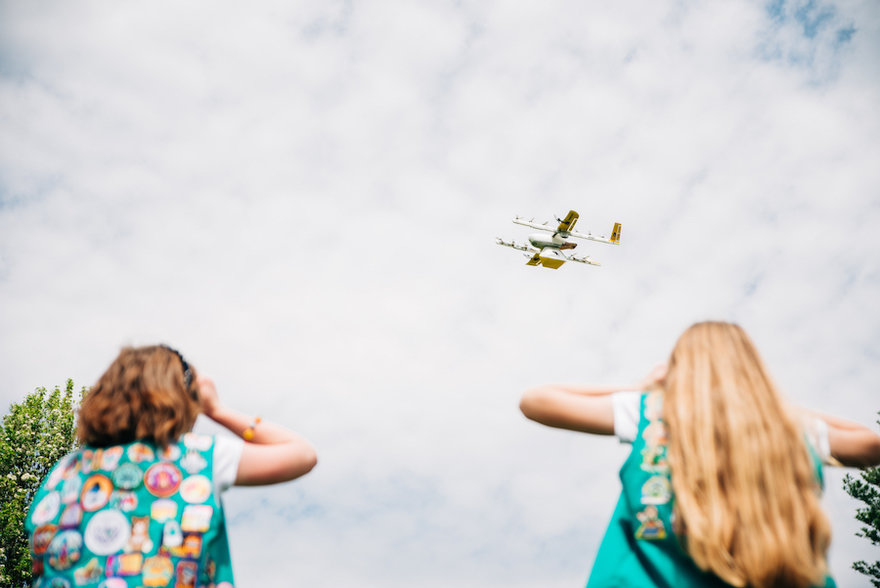 Residents place orders via an app. The vendor bags it up, and takes it outside where a drone is magically waiting overhead (it's not clear where they're staged). For safety reasons the drone doesn't get close; it stays up high and lowers a wire. The package is attached, the drone pulls the package up and flies off. At the drop site, it lowers the wire, and the package automatically detaches as it touches the ground.

The Brugh's doubling of sales isn't necessarily an anomaly. Measuring the Effects of Drone Delivery in the United States, a study done by Virginia Tech's Office of Economic Development and Grado Department of Industrial & Systems Engineering, concludes that adding drone delivery to communities stimulates their economies:

Meanwhile, the technology could support up to 66,000 people per metropolitan area who lack access to a vehicle (up to 6.6% of residents), and help up to 22,000 people with transportation challenges obtain and adhere to their prescription medication.

"Our findings suggest that drone delivery can improve the lives of consumers by expanding access to services, reducing unnecessary travel and saving time," the report concludes. 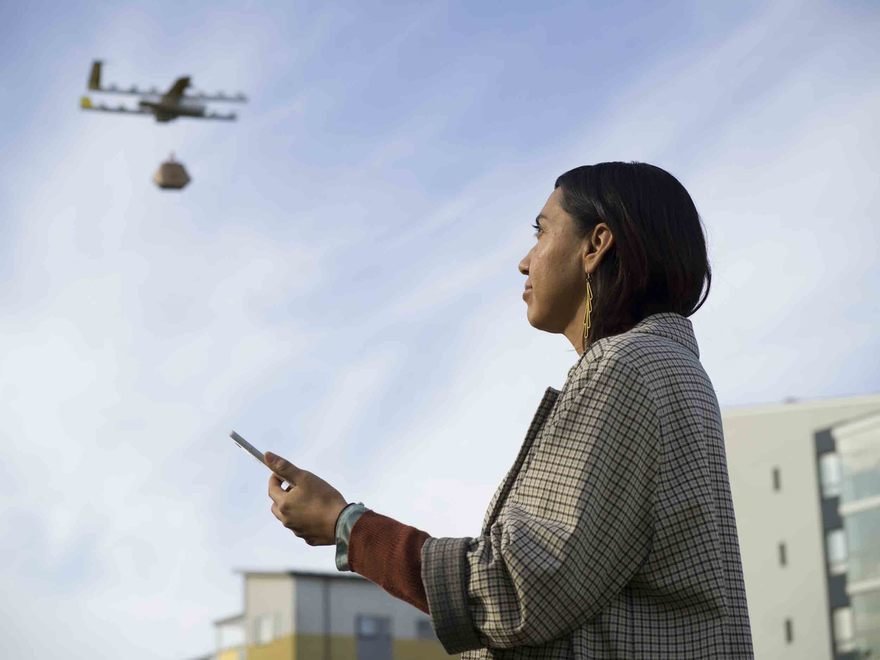 Here's the use cases Wing demonstrated prior to launching in Christiansburg:

And here's the actual residents of Christiansburg, a year later, recounting the utility of the service:

In the rural area I'm in, I'd use this service in a heartbeat. Ice coffee I can make at home--but whenever something breaks on the farm, I'm looking at an hour or more in the car to go get a replacement part, or days if I have to mail order it. Assuming the delivery fee is reasonable, I'd rather pay it than spend the gas money and more importantly, the time.