An Example of Terrible UI Design: The Gas Gauge in the Volkswagen Atlas

Minimalist at the expense of legibility

I recently had my Volkswagen Golf Alltrack at the dealership for routine maintenance. As a courtesy, this dealership will give you a loaner car if you pre-request it. This time they gave me a new Atlas, their largest SUV model.

This was just before the gas crunch hit, but fuel was still on their minds. "We're now charging for the fuel you use with the loaner car," the VW service guy told me, as he handed over the keys. "Last year we lost $300,000 in fuel costs with loaner cars."

That figure sounded high to me, and I assumed he meant VW dealerships nationwide. He then explained that they'd use the odometer and GPS tracker in the car to calculate my precise mileage and thus, fuel cost. "Okay," I said.

"You don't need to fill it up yourself if you hit empty," he added. "We'll fill it up and just charge you, it's cheaper for you that way."

This sounded dubious, but with no other choice I drove off in the Atlas to run some errands. I hadn't gone far before I glanced down at the fuel gauge, and saw this: 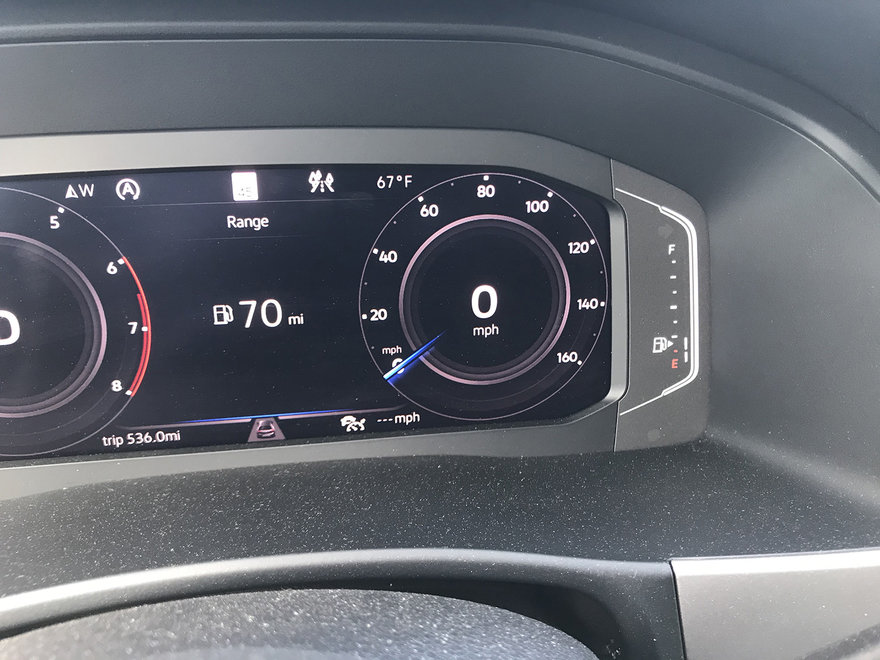 Jeez, almost empty right off the lot. I called the VW service guy. "Hey, just a heads up, the tank is already almost empty," I said.

"Well, the tank should be at least a quarter full," he said. "Fill it up if you need to, and we'll figure it out when you get back."

At the next stoplight, I took a closer look at the gauge: 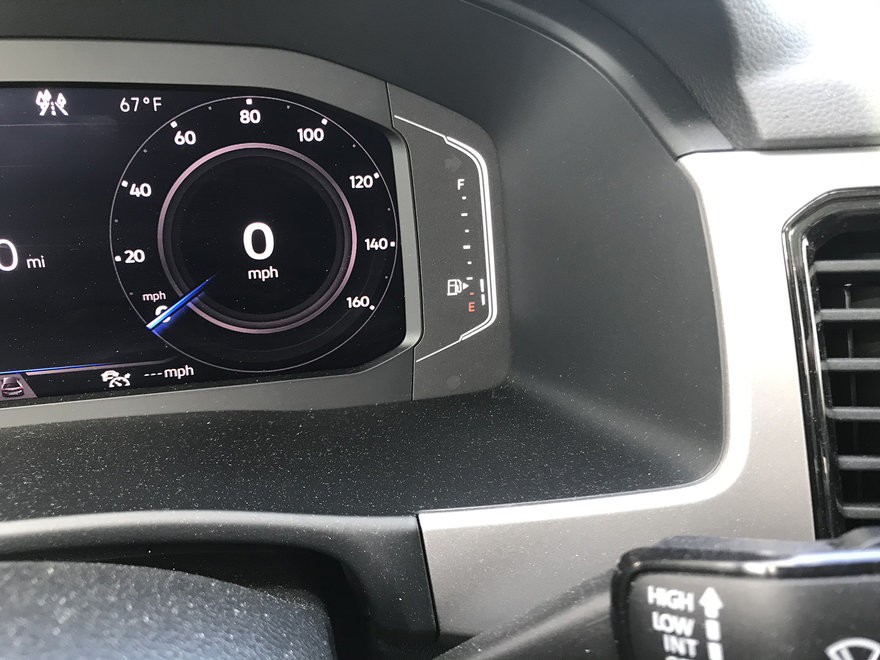 Now that I wasn't glancing down at it while driving, I could see it was in fact 1/4 full. But what terrible design! What I saw, during the initial glance, was the illuminated red E and the arrow right next to it.

In a car, that arrow is meant to indicate what side the fuel filler is on (it's rumored that Ford designer Jim Moylan came up with this in 1986, to industry-wide emulation). However, on a vertical scale, arrows like that are typically used to indicate precise measurements against tick marks--picture a wall thermometer--and that's how my mind took it in.

Sitting at the red light, with time to study the gauge, I could now spot the white bars on the side. 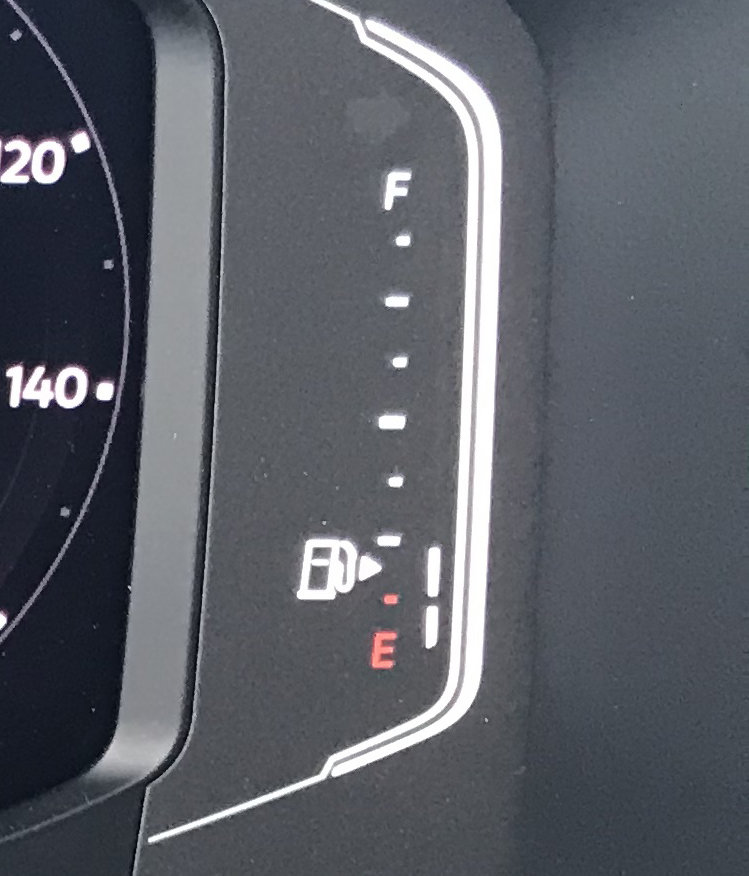 Those little white bars--which are, unhelpfully, right next to the also-white vertical trim--are actually the things meant to indicate the fuel level. And I completely missed them at first glance.

I think this is truly horrible design, overly minimalist to the detriment of legibility. The gauge in the Alltrack is a much more sensible dial, with a red needle to boot. It's much easier to see precisely how much fuel is left. 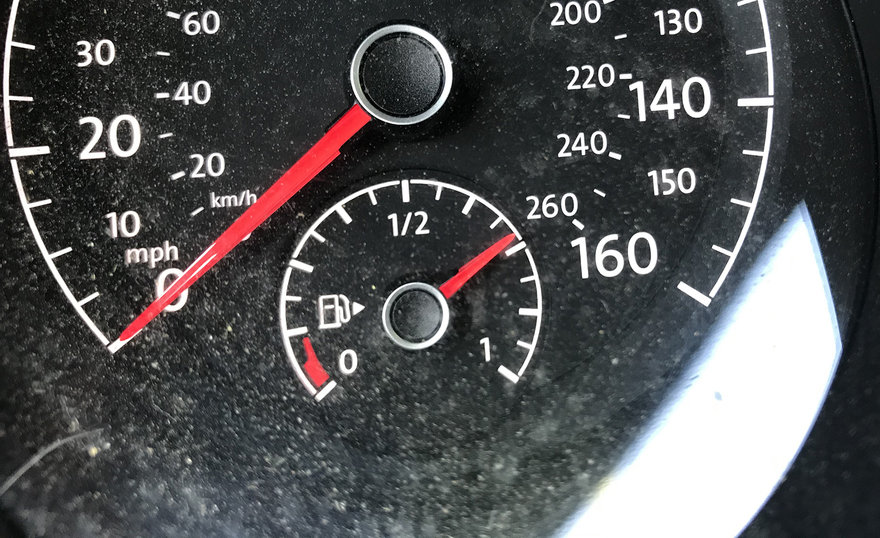 Is it just me? Would you glance down at that gauge on the Atlas and instantly read 1/4 full?