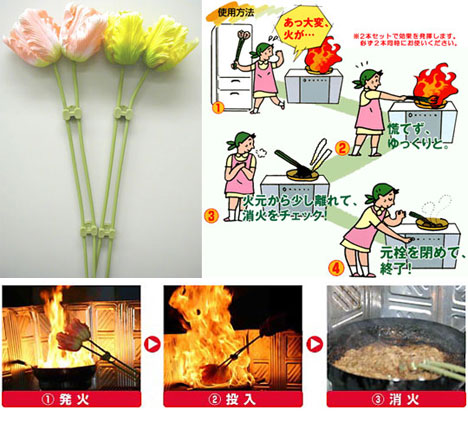 First seen on RandomGoodStuff and now running the blogs like wild you-know-what is this ingenious fire extinguisher device in the form of plastic silk flowers. (Can I say that?) The best part of this invention is that the flowers magnetically stick to your fridge so you've got some rescue where you need it.

When placed over an oil or grease fire, the flowers work by melting into a film that stops the burning. Hmm. No doubt it'd be tough to clean that "film" up, but better than shopping for a new house, of course.

(Polite, very un-frantic video of the device up ahead.)