An inmate who can draw shows you jail hacks

The Temporary Services art collective was friends with a guy named Angelo, who was locked up for the long haul in a California prison. As it turns out, Angelo had drawing skills, and TS asked him if he would illustrate a book of the various inventions he and fellow prisoners had come up with to make incarceration more bearable.

That was in 2001, and the resultant book was published a couple years later. Now they're re-releasing it with an additional 80 pages of drawings and descriptions from Angelo, who has since passed away. From the book, here are some examples of jailhouse ingenuity: 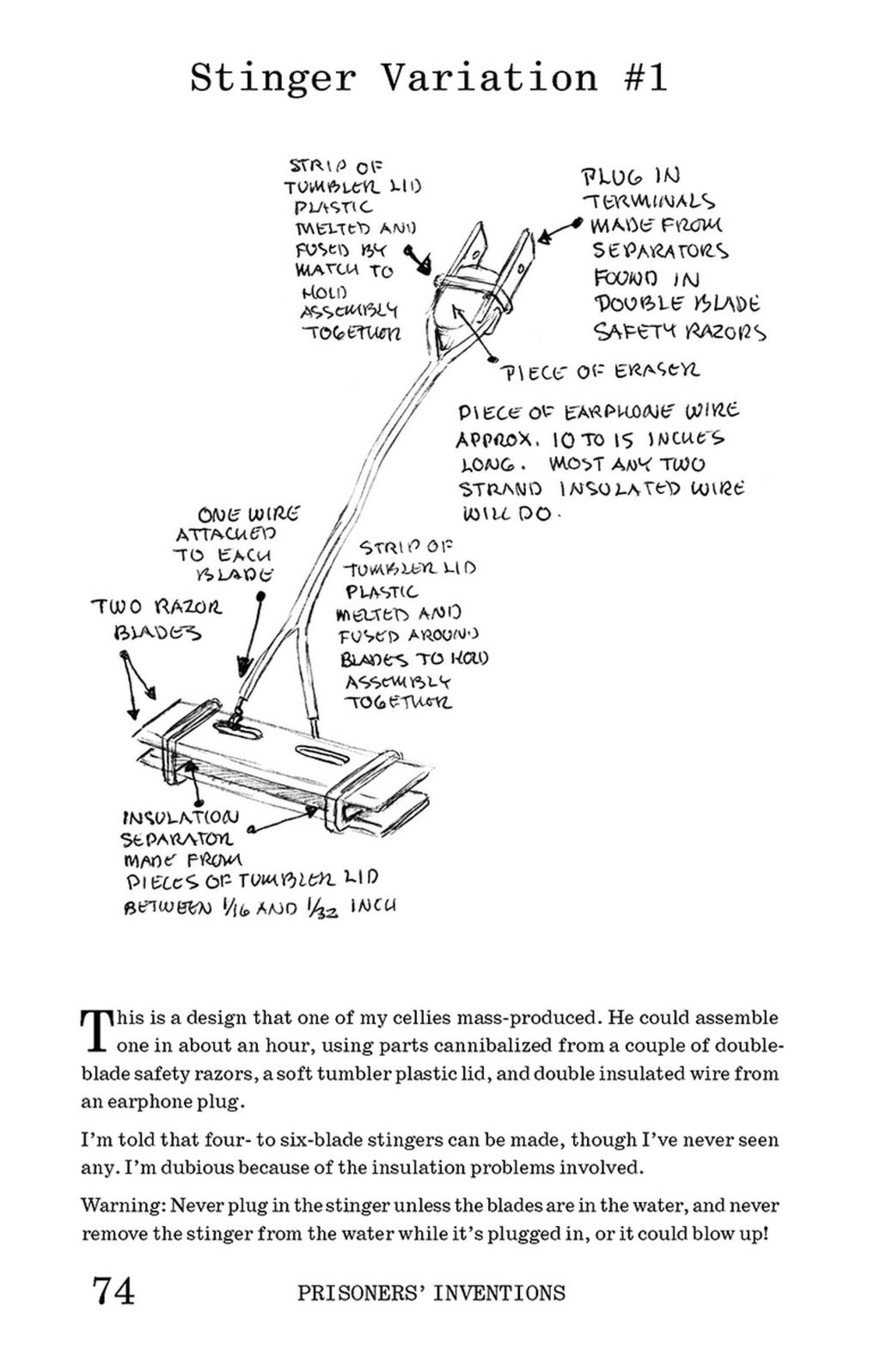 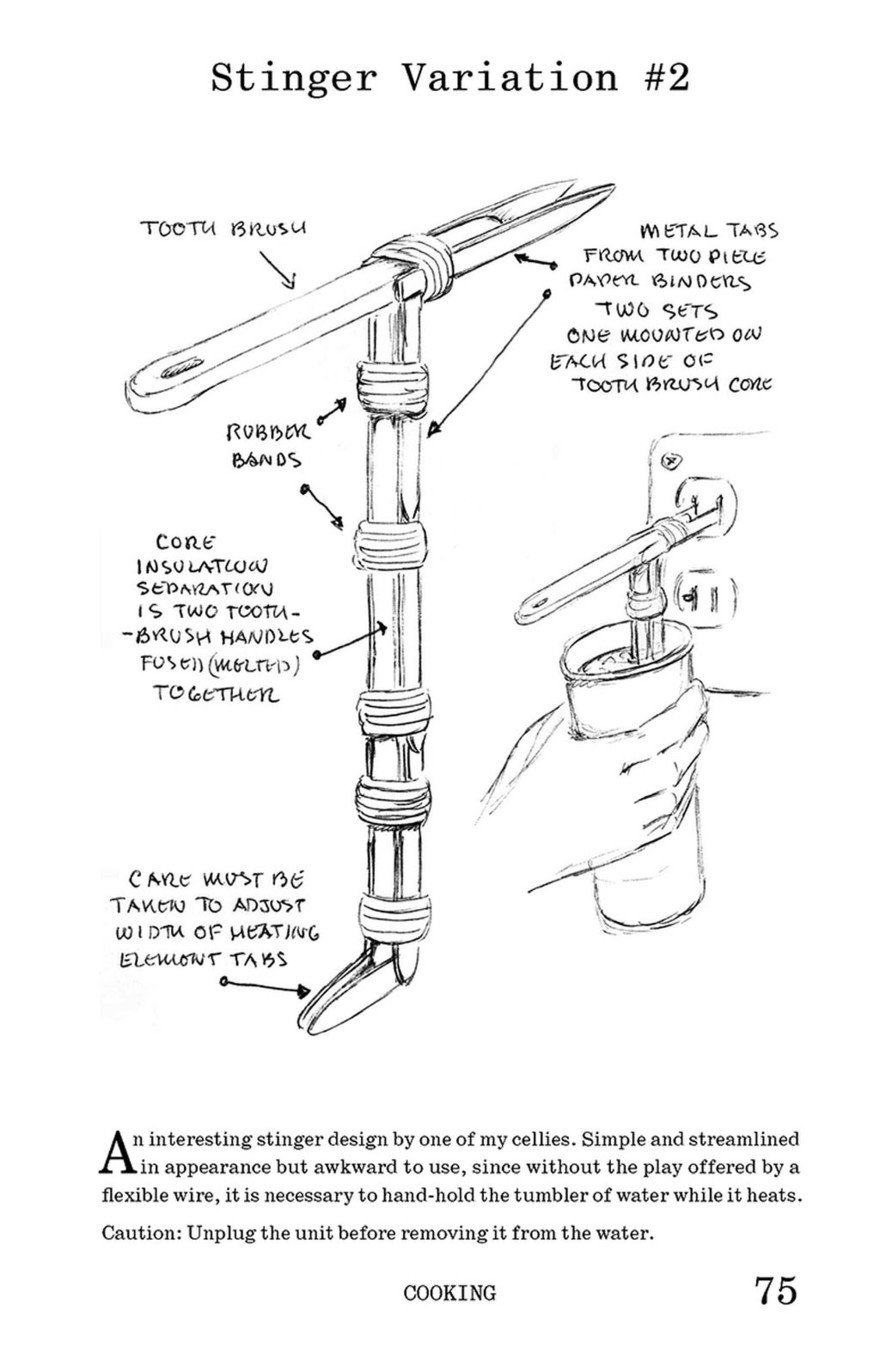 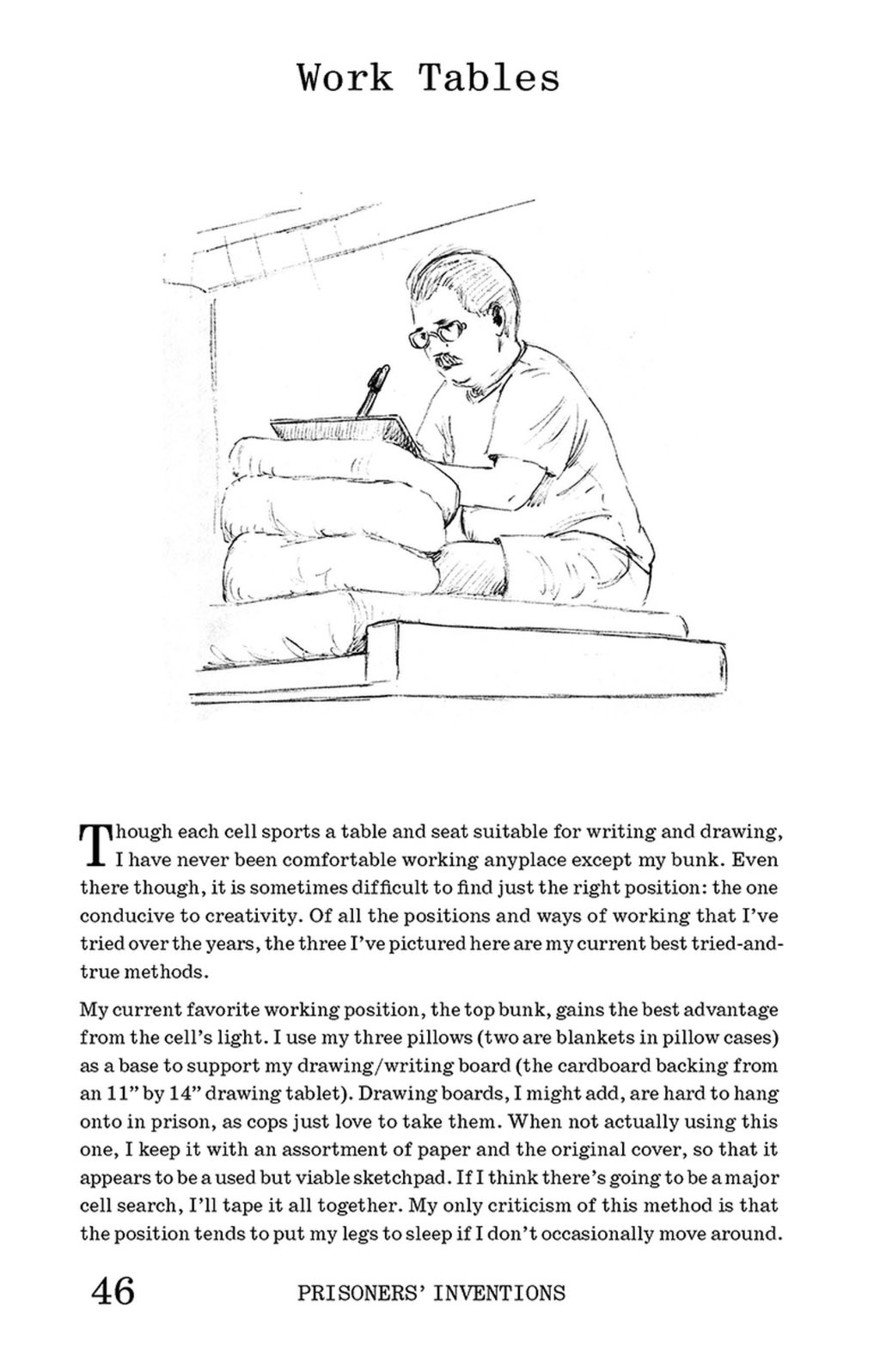 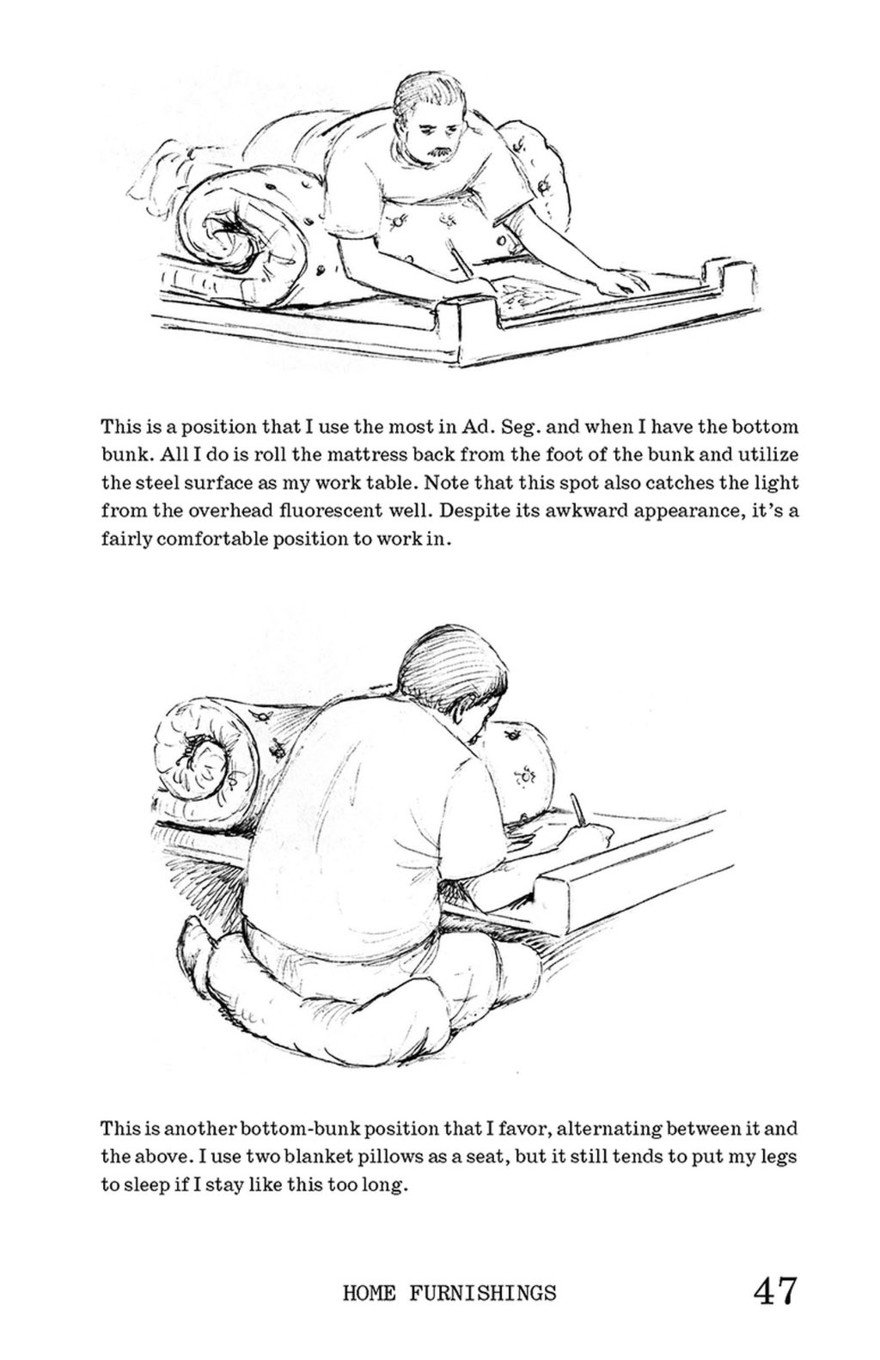 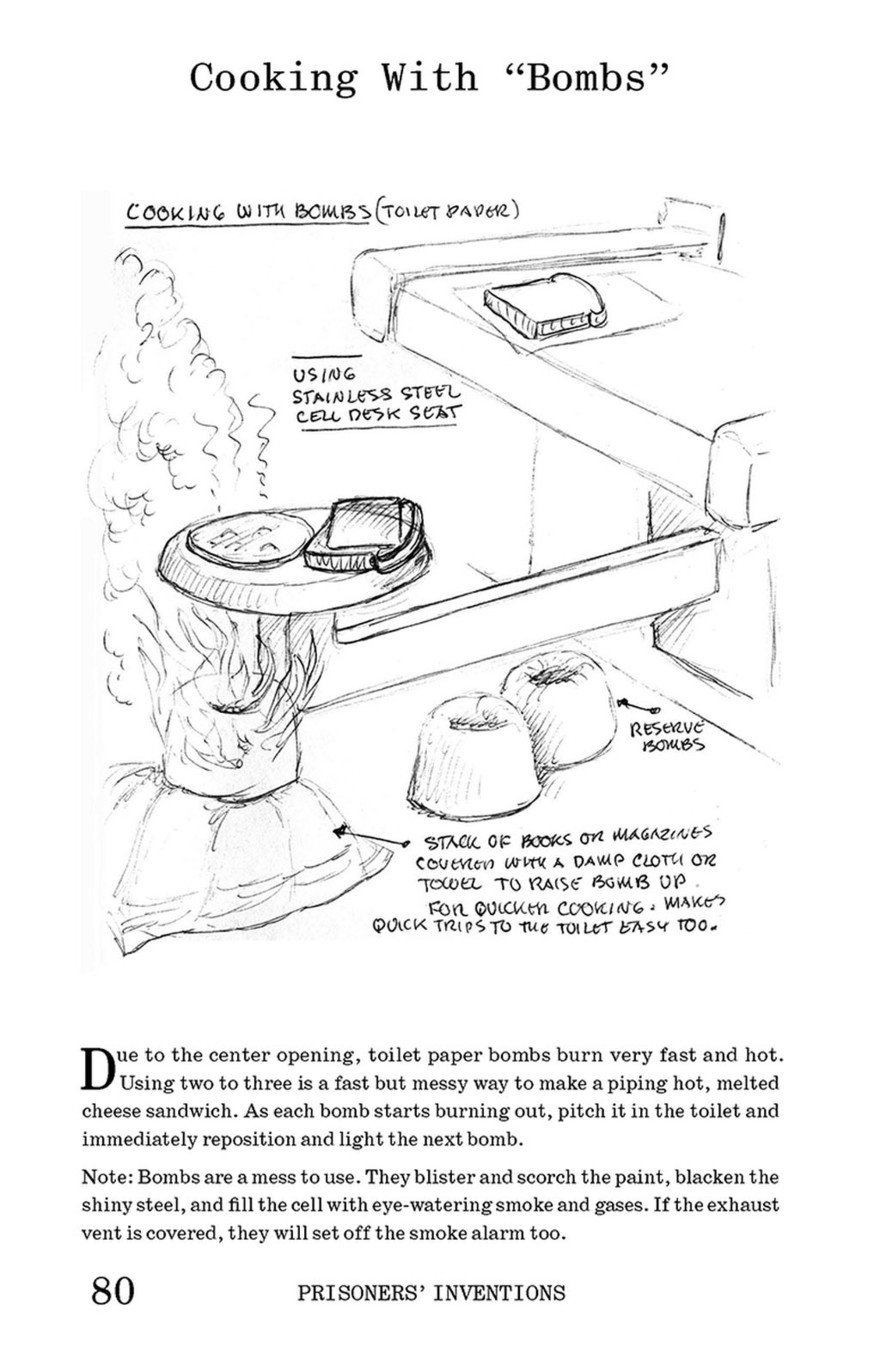 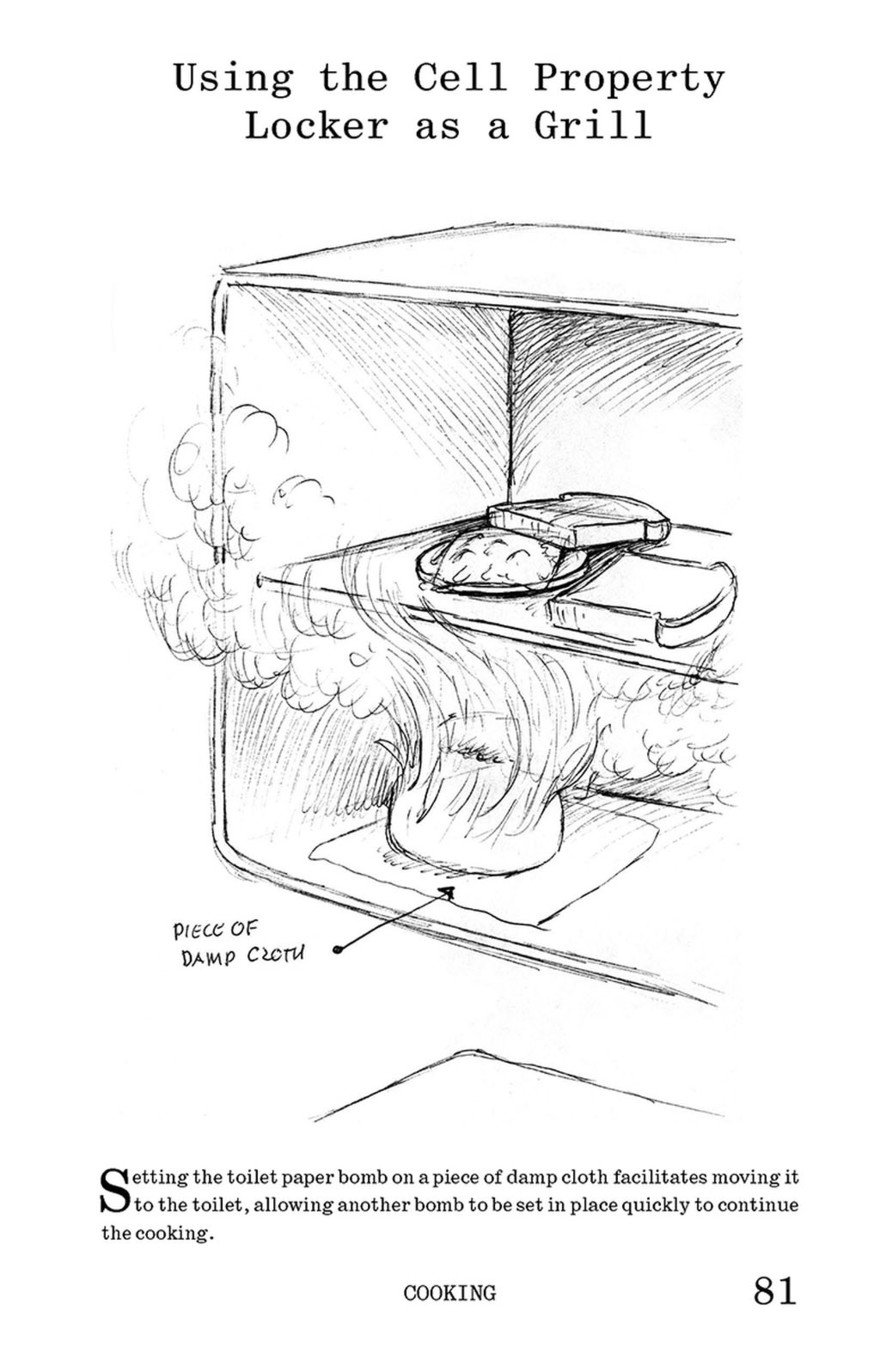 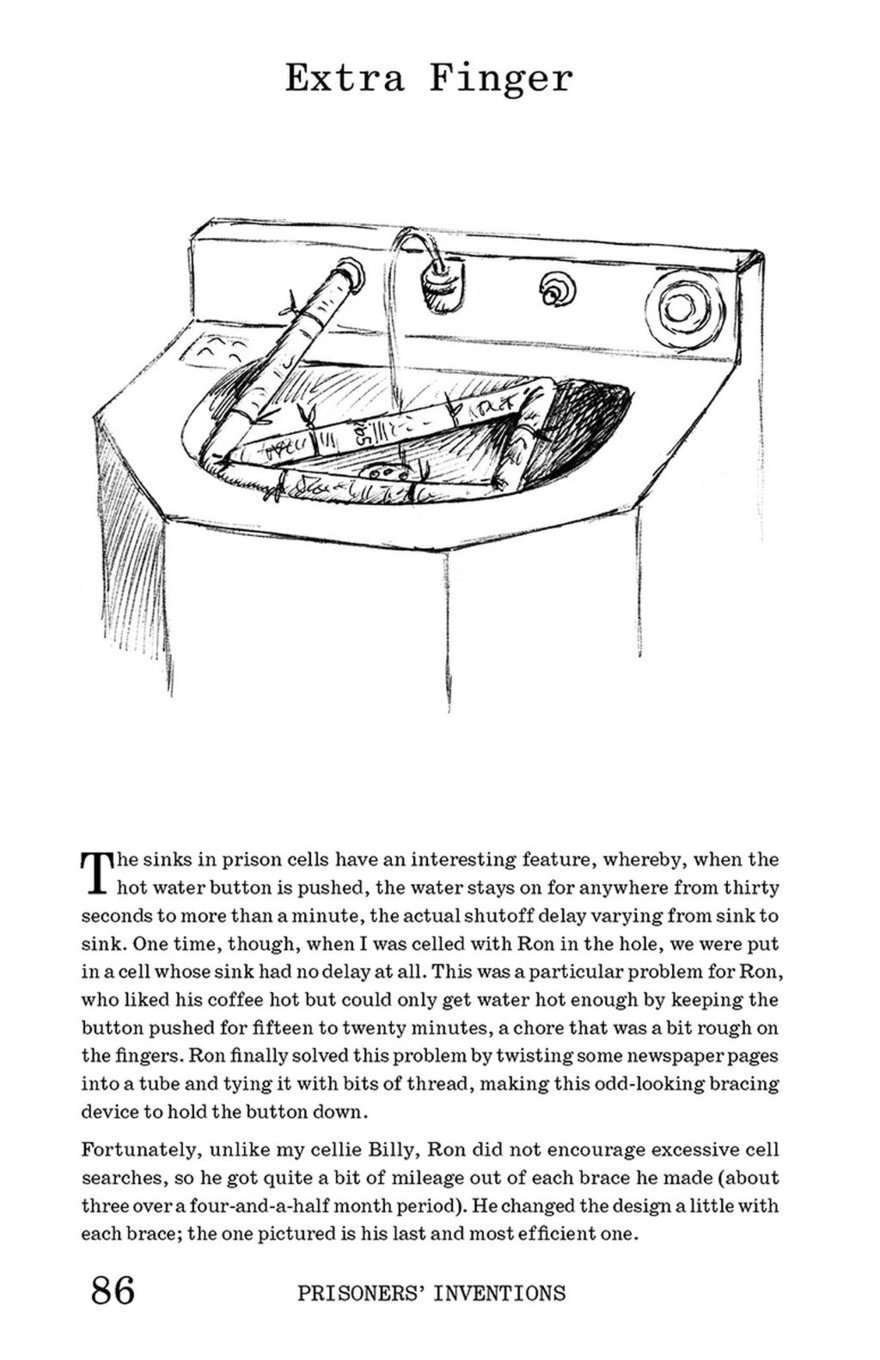 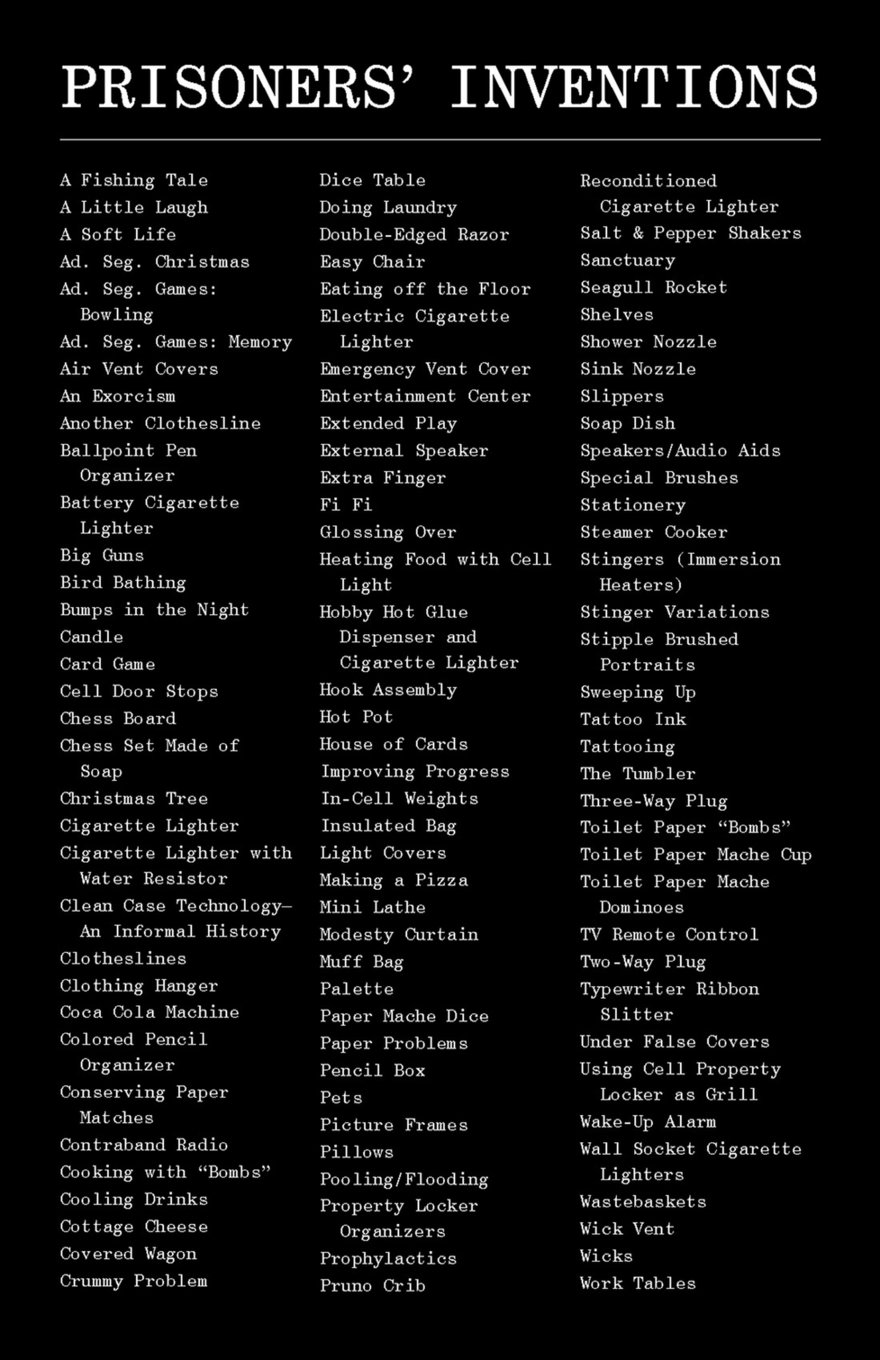 The new edition of Prisoners' Inventions is available here, and retails for $20.