This doesn't look like much and will never make it into the MoMA, but I consider this great design. Inventor Maurice Ribble has invented an easy-to-use, no-frills object that solves a practical problem experienced by the target market. 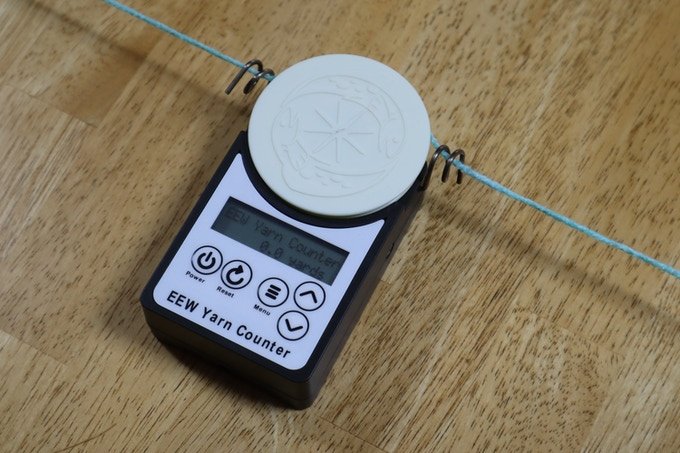 That market is knitters, for whom it would be helpful to know exactly how much yarn is in that ball they're about to start a project with. "There are a lot of knitting or weaving projects that need equal lengths of yarn, such as a blanket made up of 25 knitted squares," Ribble writes. "This tool lets you measure out the yarn for those squares ahead of time." And it's bound to appeal to the thrifty; knowing exactly how much yarn you've got allows you "to pick a pattern because you will have just the right amount, and you won't have excessive leftovers." 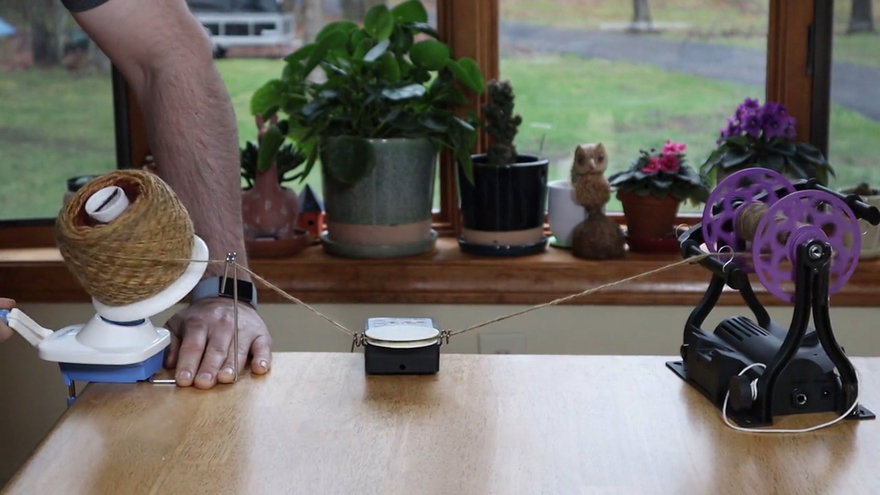 - "Another great use for this counter is when knitting socks. You can easily divide the yarn in half, so you can use all your yarn and have the socks the same length."

- "Knitters and crocheters can measure yarn as they use it to track progress, estimate remaining yarn, and pick better yarn transition points."

- "Weavers who use sectional warping will find the counter invaluable in helping them measure many identical warps." 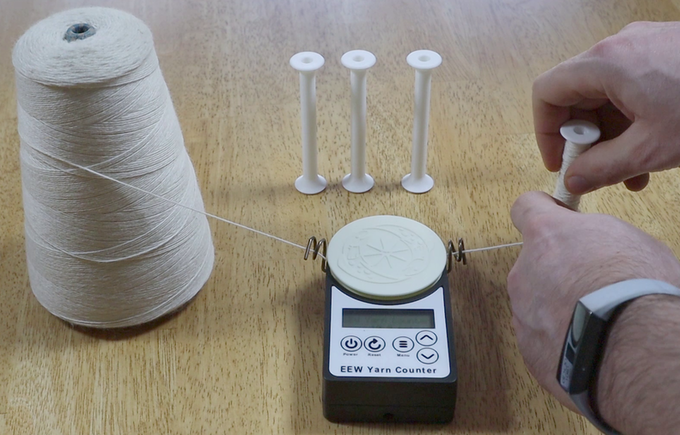 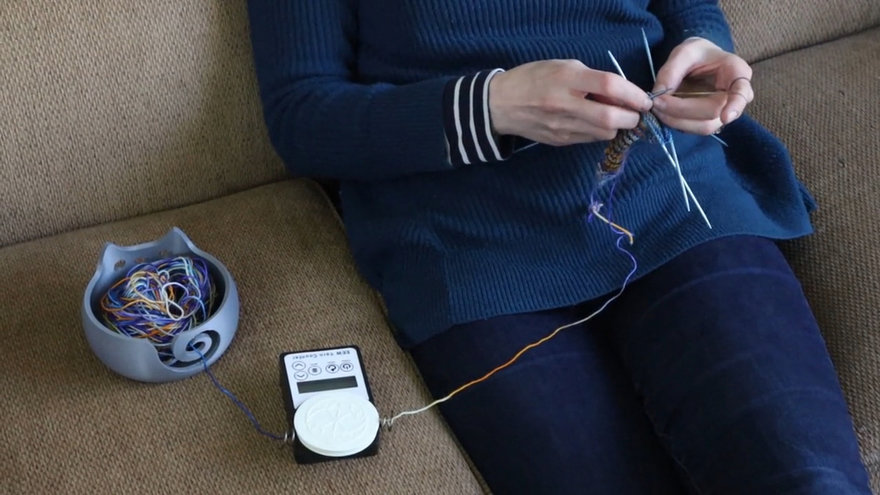 The screen and buttons are unfancy and basic, which is exactly what I'd want in an object like this.

Watching Ribble's presentation, it's clear that over the two-year development process, he did the things a good designer should. He took feedback from testers and discovered that they wanted to use the device in ways he did not anticipate, then modified the design to suit. He thought through the UX and concluded that having to thread the yarn through an eye would be fiddly, and that the pigtails on either side were a better physical solution. He figured out how to compensate for the stretchiness of yarn affecting the accuracy.