Keepstick is a bit thicker than your average, pencil-shaped stylus, but functions in much the same way. Using its capacitive tip, you can use it to do daily activities such as sign for credit card payments at retail checkouts, use your smartphone's touchscreen, or press elevator buttons, all without having to touch any of the items' physical surfaces. 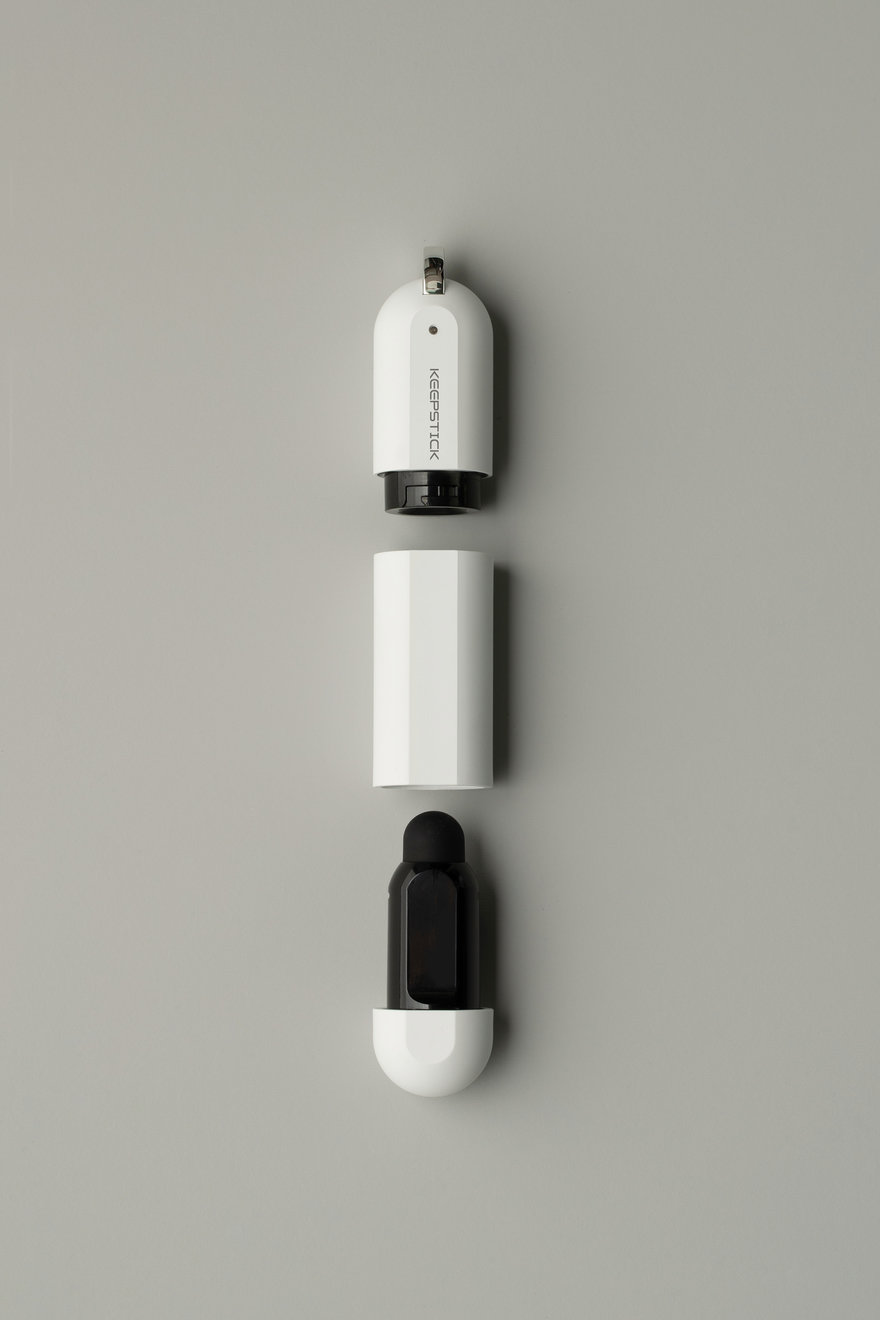 You also can use the UVC light in the device's cap to sterilize contaminated surfaces. By activating the light, the user employs Ultraviolet-C radiation to break down chemical bonds that allow microorganisms to multiply. As a result, Keepstick not only helps you to avoid collecting germs on your fingers by touching common surfaces, but also allows you to sterilize various items such as your smartphone, wallet, credit cards or keys.

The product comes with its own clear, shoebox-like polycarbonate (PC) container where you can store items to be sterilized. The design –– conceived by Hyeri Lee, chief designer at Seoul-based SAQ Design Consulting Inc. –– allows you to attach the Keepstick's UVC light component to the box, and then use the UVC rays to disinfect the items inside the box. She notes that one can even sterilize disposable masks in this manner. The UVC sterilizer touch stick is equipped with USB-C charging ports to enable easy recharging. 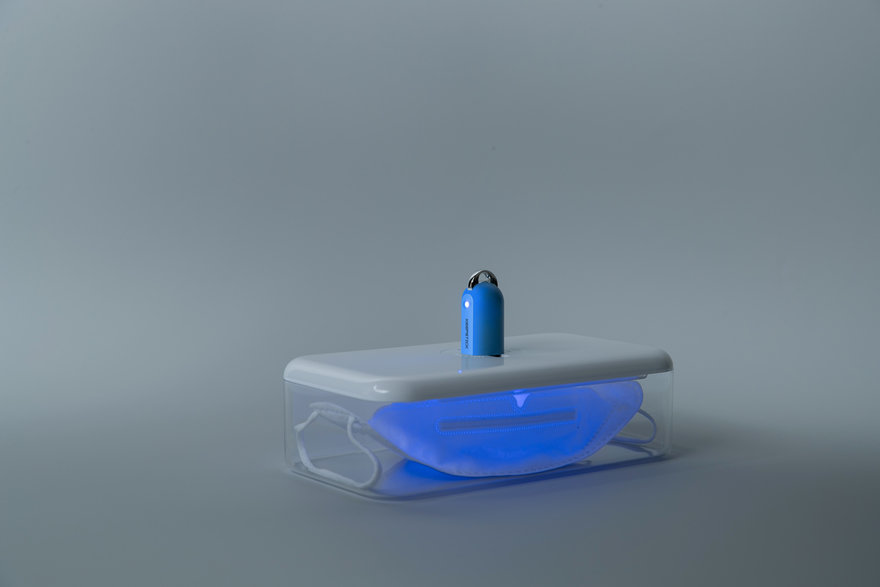 The PC storage box can be used, together with Keepstick's UVC light, to sterilize items such as cell phones, keys, face masks, etc.

When the MERS (Middle East Respiratory Syndrome) viral epidemic broke out in South Korea in 2015, Fuman CEO Steve Seo learned that the main cause of the virus spread was through the hands as well as the respiratory system. His aim at that time was to create a product that could prevent contagion via touch. The company researched it, but never commercialized the idea. Then, when the Covid-19 pandemic spread, the Fuman and SAQ restarted their work in this area, and were able to quickly develop the Keepstick concept.

"SAQ is very good at expressing our ideas and making our products more valuable," Fuman Director Sangyeob (David) Oh said in an email interview. From concept to production, he added, took less than a year. Fuman currently sells Keepstick online in South Korea for 89,000 won (roughly $80), and he said, "we are planning to launch Keepstick on Amazon in the second week of May."

The acrylonitrile in ABS imparts chemical and thermal stability, the butadiene provides toughness and strength, and the styrene allows for a nice, glossy finish to parts made from the resulting polymer. The resin also has high tensile strength and is very resistant to physical impacts and chemical corrosion, which allows the finished plastic to withstand heavy use and adverse environmental conditions. 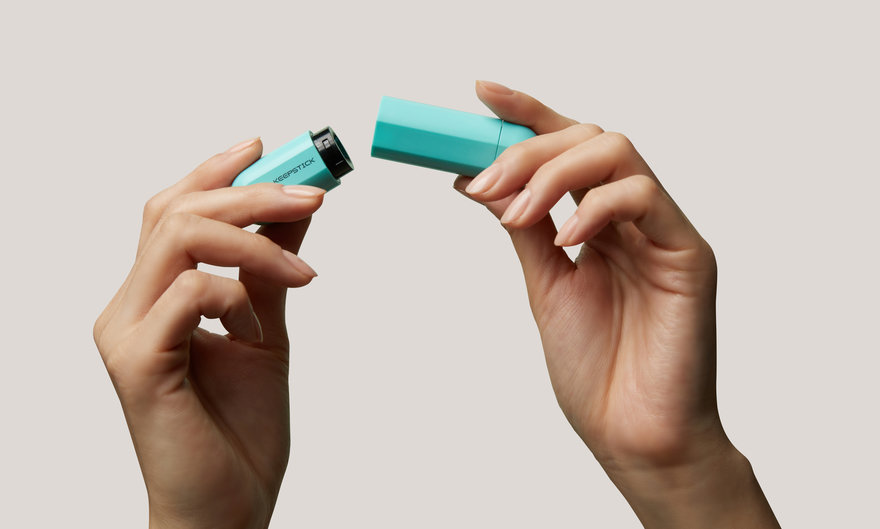 The ABS body easily snaps away from the part housing the UVC light, which can be used to sterilize various items.

SAQ's Lee says she has worked on multiple projects for Fuman over the years. For this they asked her to come up with a product and form factor "that has the advantage of being able to be used in various places, which is fashionable and easy to use." Available in a number of stylish colors, Keepstick can be worn around the neck, like a necklace, to keep the device nearby and handy.

Once again, the workhorse engineering thermoplastic ABS has brought its various attributes to bear on a product that couldn't serve a timelier purpose than that of Keepstick.