It's never been more clear, what the world needs right now is input from younger voices. Year after year, WantedDesign puts these perspectives front and center in their Online Design Schools Workshop, a collaborative workshop that pairs teams of students from different schools to tackle a design problem in under one week. 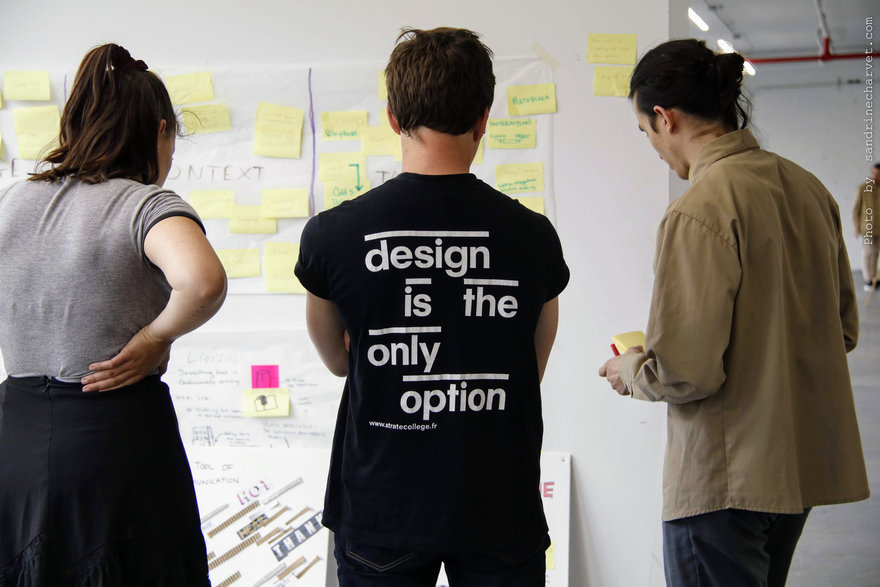 The 2021 workshop, beginning June 7th, is led by Art Center College of Design faculty members Dan Gottlieb and Michael Neumayr. Presented with the support of Tarkett, the International Interior Design Association (IIDA), NYCxDESIGN and media partner Core77. Produced since 2012 as part of WantedDesign events in May, the format has been adapted for an online format this Spring.

Each year, students approach projects under a specific theme—in the 2021 workshop, participants will consider issues of sustainability through the exploration and design of: public furnishings, objects, interactive installations, play equipment and experiences that have us rethinking our fragile relationship with nature in the urban context.

The winning team will be published on Core77, and the overall event and projects shared via WantedDesign and partner channels. WantedDesign will also be hosting a final presentation on June 11th from 2-4 PM EST that is open to the public (you can register to attend via this link)

Core77 recently had a chance to sit down virtually with Dan Gottlieb, Michael Neumayr, and Art Center Department Chair of Environmental Design David Mocarski, to learn more about the upcoming event and what they're expecting to come out of this week-long exercise.

The 2021 workshop theme is "NEO-NATURE, rethinking our relationship with nature in the urban context"—after a year and a half fraught with a multitude of issues, how did you come to settle on this focus?

David Mocarski: There are layers to that answer. What I mean is that the actual workshop theme was originally supposed to have been last year in New York, and it was perceived by the fact that in the world in general, everybody's driven by technology and the whole world is moving much faster. People seem to be losing in touch with their own realities in a lot of ways. So we saw people starting to react and thought, "wait a minute, we're losing connection with nature, we're losing connection with ourselves and humanity."

James Morales was the original professor who developed the concept. And, you know, we talked about it quite a bit and thought it would be a great time to take a pause, have this workshop and have younger young designers talk about their perspective on how we regain a relationship with nature. Little did we know we were going to have this year and a half here of turmoil that really sort of took it to a whole other level. It made us all realize we've got to ask deeper questions. So I think that's where we've found ourselves in an interesting situation as we moved into having to do this online. The last year has taken the question even deeper: if we have the opportunity to move forward in a positive direction, how can we do that and what are the options?

Michael Neumayr: Just how this whole thing came together is also so telling for what's happening in our times in society. The word 'layered' is the best approach to it because, again, our dear colleague James developed that whole awesome brief and we were supposed to do this in the spring of 2020, and then the world happened. I was lucky when Dan came on, and we started taking full advantage of new technology, in the sense of doing this co-creatively. And David of course was always our guidance here because he has these many years of experience doing [WantedDesign workshops]. But I think in a bigger picture, it's really very telling that we need to have a shift in the way we do things because we are all going through having a lot of work to do.

The bigger picture is, as David said before, we're losing this connection with humanity in all of us and everything else becomes less important. We are becoming these robots with work stuff, and forget that there's actually more to that. Because all that is important is that we are alive.

I really like James's approach, which is very philosophical, in the sense to really go deep, ask serious questions and be critical and say, we can keep going like this and make it look like everything's hunky dory, but it's not—it's bad. We've got to do stuff. And I think everybody, doesn't matter who or what field you're in, is pointing to the same realization that we can't keep going like that. Our theme of "NEO-NATURE" brings this idea into this urban context—students make this reconnection with nature in a place which has been destroyed by us, but we bring it back to life. 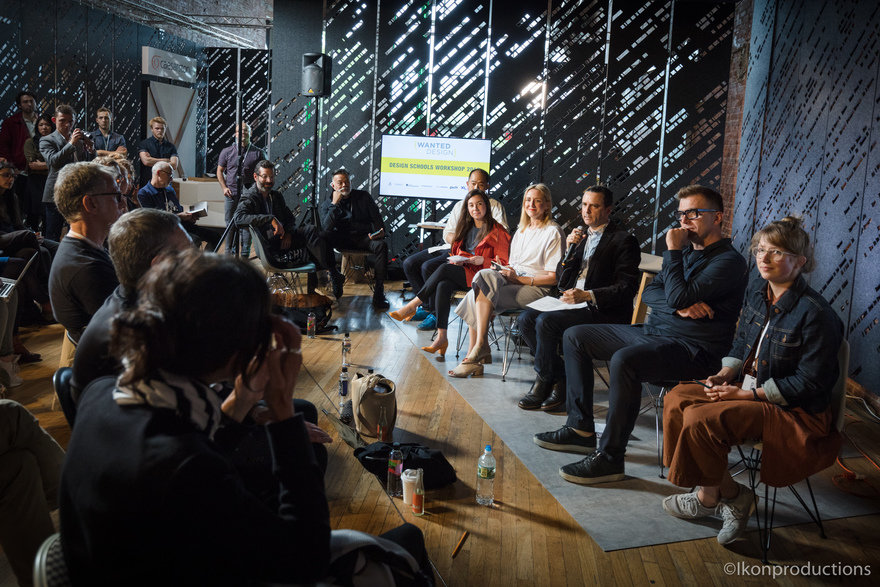 Dan Gottlieb: For me, some of the clearest ideas come in one of the readings, After Nature by Jedediah Purdy. This workshop is very much about framing environmental imagination. This idea when we look at nature, what do we see and what's the history of that? Do we see something that's kind of brought down from the heavens just for us? Do we see something that's capital to be managed, or do we see it as this more interdependent, ecology that permeates us and we permeate. And there's this idea, there is no more pristine nature, everything moving forward is impacted by humanity.

So the question comes, what is the next view of our relationship with nature, and what is a new kind of way of seeing. But also it's about what Purdy called "the uncanny", kind of not knowing when we look at nature what kind of consciousness might be looking back at us. So for me, those are the ideas that are really exciting, and this is an opportunity for the next, the younger generation to really propose these new lenses and new views. 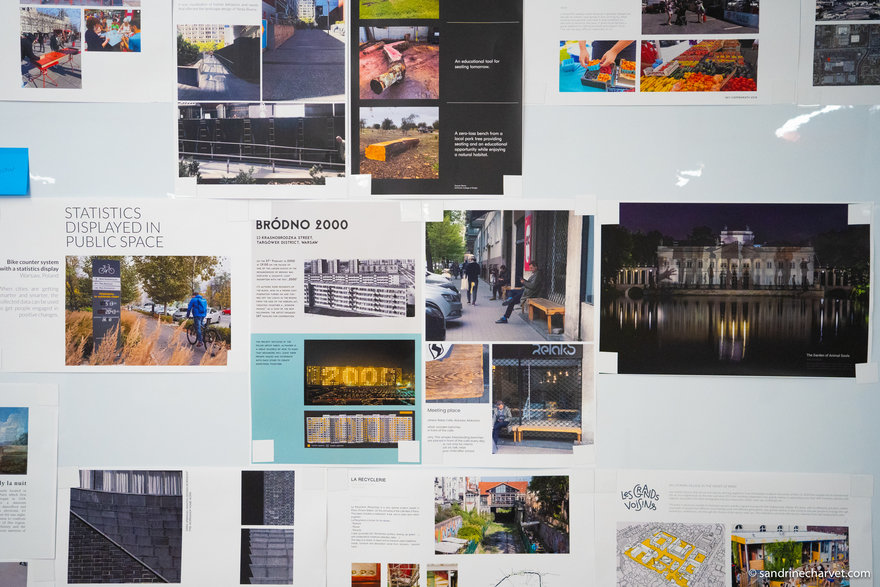 What do you think the deliverables will be from the student teams? Is there anything in particular that you are hoping to see?

DG: There are a few values I think we're trying to instill in the projects. This idea of public space that everybody has access to, to this resource or this kind of intervention. Because I think very much the privatization of nature is part of what leads to what Purdy calls "landscapes of inequality". So there's a public nature, there's outdoor nature, then there's also this human side to it, urbanism. So in the Design Schools Workshop, we're focusing in New York City, and we're celebrating the density, the human condition, along with natural condition and how those two things relate and kind of interface.

MN: I think a driver for us is always to really focus on a different way of how we used to do things. I think this workshop is as much about learning for me, for us, as is for students because I think they key factor is it's not the "I", it's the "we", that we all sort of come together, learn from each other, listen to each other and then create something awesome.

This whole team spirit is what's needed to bring change. And that's also why I find the workshop very interesting because due to to the global situation we're in, it's also made us realize we can do all this with a rather small carbon footprint—we have participants from Mexico, from the east coast and the west coast all working together to join and create change. We can put the team first, put why we're doing this first, and it's not so much about the individual achievement. It's much more about solving problems or, creating disruptive ideas together, and that's what I find super exciting.

DM: And I think we're hoping to be surprised! With all the Wanted workshops, there's a long history of working with so many different schools, different approaches towards design education so there's that sort of interdisciplinary attitude. I think it's more important to think about what is unexpected. Is there a fresher way to look at things? In terms of how we set up our educational process, we're always trying to be very nimble, very changeable and sort of look at how we need to sort of provoke our students to think differently, to think freer and more openly as opposed to forcing them into a sort of structure. So, you know, it's about opening up those doors and saying, you are the future.

What do you think will the most challenging part of this workshop might be?

DM: I think there's a resiliency that comes with it—you know, a lot of times, we have students who are so used to semester-long projects and things that last a long period of time. What we found with Art Center, we also do things called "design storms" that happen literally in three days and work with industry. You come in, there's a topic, and you've got this massive sort of like problem, you've got to unpack it, you've got to make really deep research and come up with really positive conclusions. And the next thing you know you've done something that previously is taking you probably two months or three months in a class to do, but you've actually achieved in three days.

And so it's sort of an interval, our students sort of realize that there's not such a prescribed timeline, that they're actually far more capable of crossing a lot more ground a lot quicker and they surprise themselves.

DG: From my perspective, one of the challenges baked into this is that there isn't one point of view that makes the most sense, or is privileged or is going to be the right point of view. There's really a negotiation of individual experiences, of perspectives, and of putting forward possibilities. So for teams to really negotiate that in a quick timeline and come to exemplify that in a physical form in a spatial proposal—that's plenty of challenge in a short amount of time. 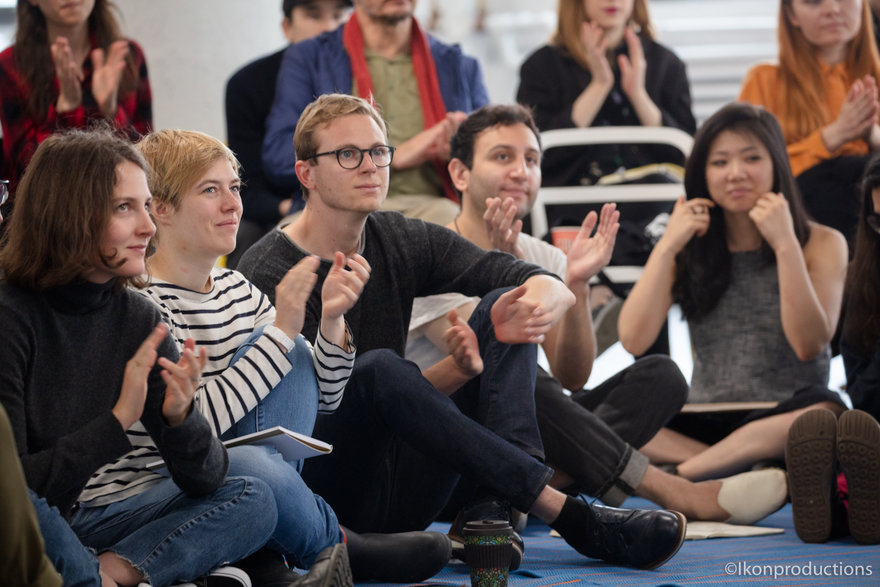 If you were a student coming into this workshop, what are the three things that you would want to know beforehand?

DM: Just take a little project on in the most honest and sincere way, from a very personal perspective. And don't worry about all the rules you've been taught. Ask bigger questions.

MN: And I would underline that by saying I think we are trying to create sort of an energies workshop, which is about creation and co-creation, not so much about having a perfect thing in the end. It's much more about coming up with a good idea, which we see then how it develops and flourishes into a product at the end. But it's also as Dan said, it's not about what we know, it's about all coming together to learn from each other and this creates one bigger picture as a result of each team's efforts. Yeah,

DG: I think those are fantastic points. If I had to add a third thing to that, maybe it would be students should really be considering the possibilities of interdependence and kind of the idea of biodiversity and human diversity in its broadest sense. Being really open about how those ideas permeate and materials permeate back and forth between us, between nature and cities. That's all to say, openness is what I think I would advise.