"Built for makers and doers"

Ford has announced the Maverick, a tidily-designed compact pickup truck that appears set to reignite that market. While trucks have steadily gotten bigger and more bloated, Ford is betting—accurately, I believe—that there are plenty of folks who'd like the convenience of hauling stuff in an open bed, but don't need the monster-sized, gas-guzzling vehicle that comes with it. 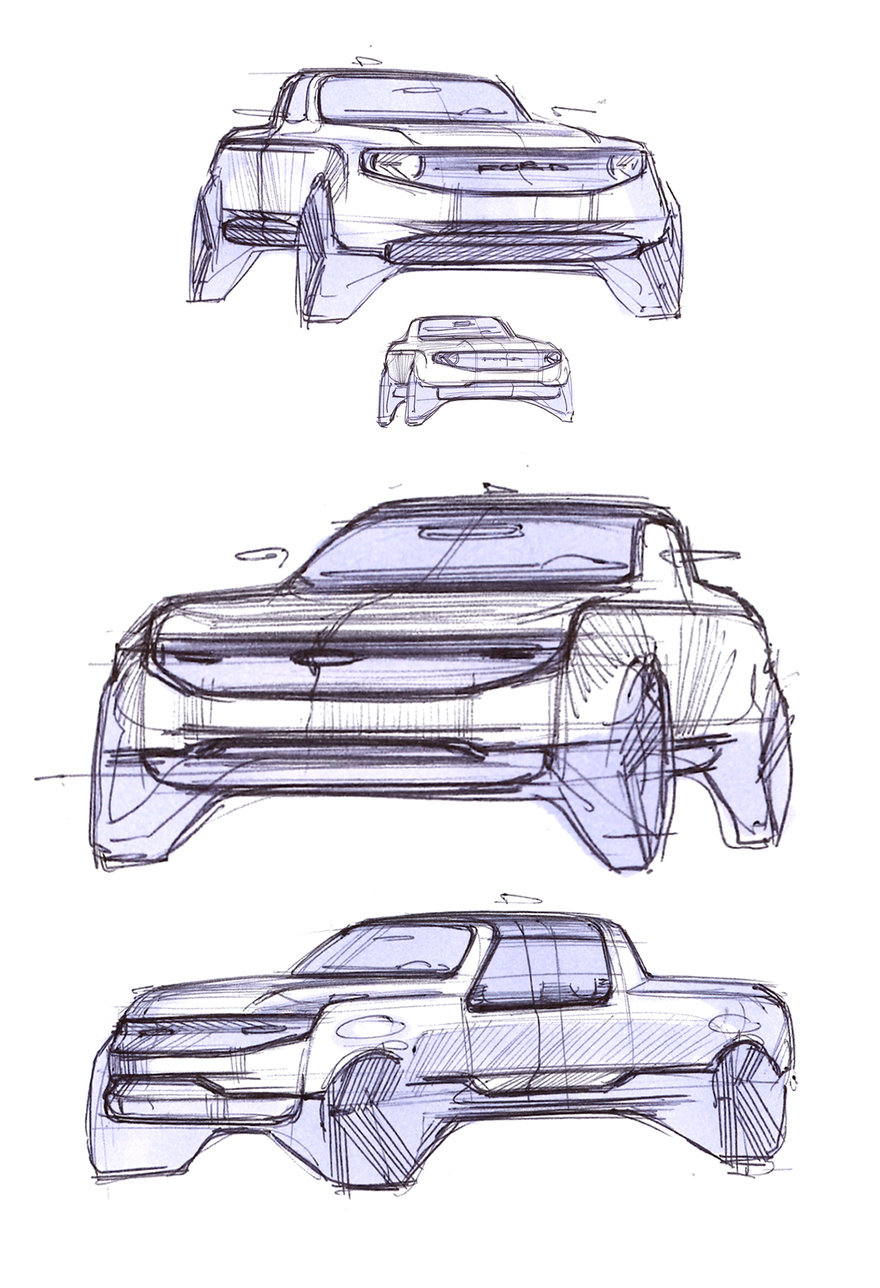 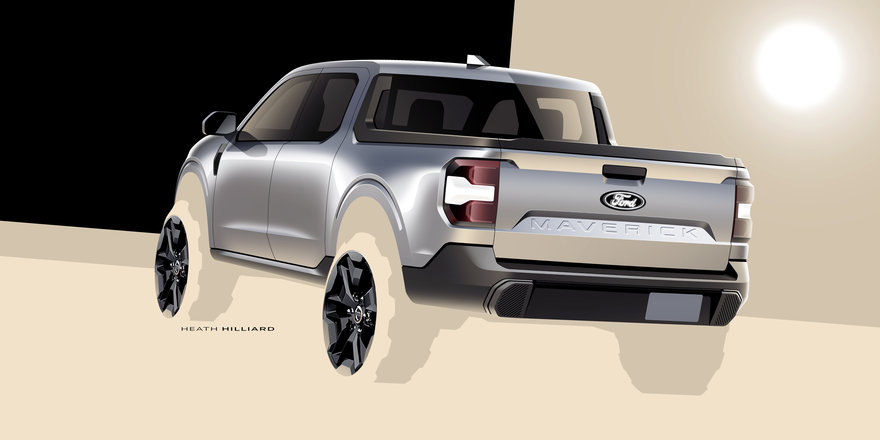 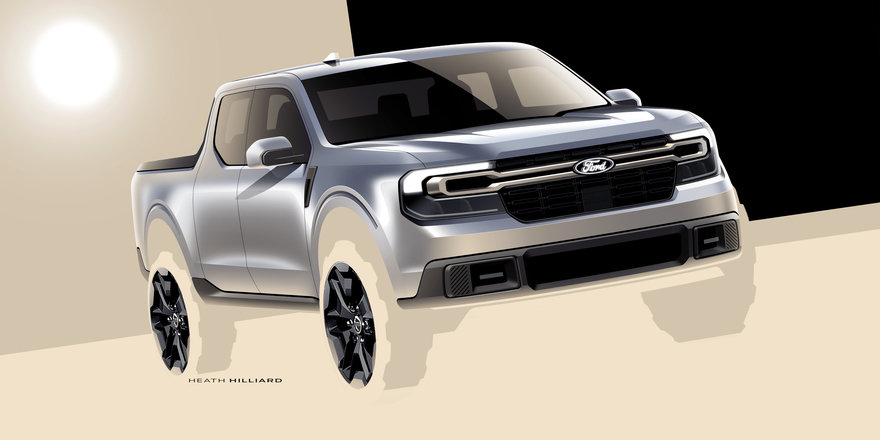 Three shocking figures attached to the vehicle are the starting price of $19,995; the projected city mileage of 40 MPG; and the 500-mile range on a single tank of gas. The latter two figures are achieved by means of a hybrid powerplant (a 2.5-liter four-cylinder and an electric motor); the low price is partially the result of the vehicle's reduced size and materials usage, I imagine, and the fact that it's front-wheel drive. (Those who want all-wheel drive will have to step up to a 2-liter gas engine, for which mileage figures have not been released.) 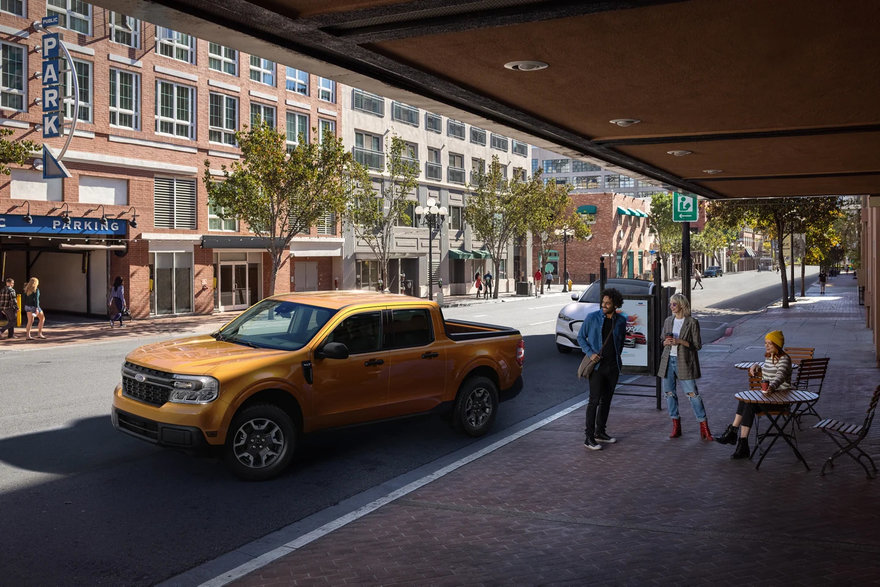 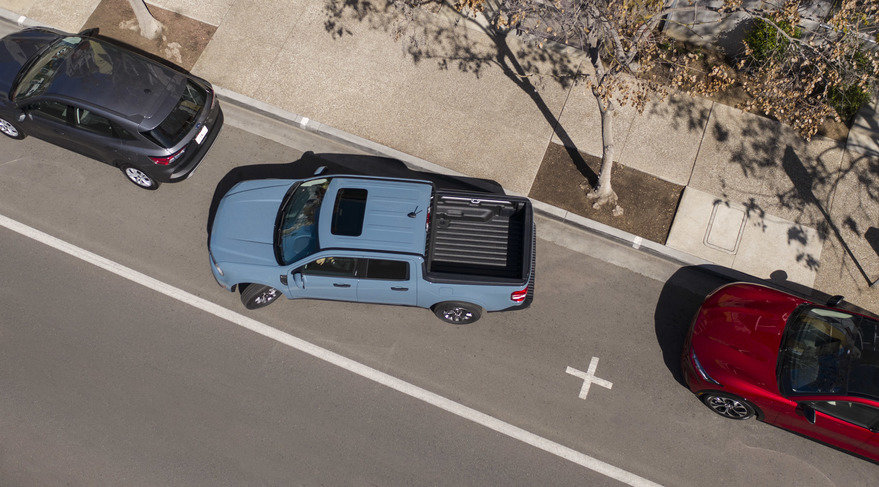 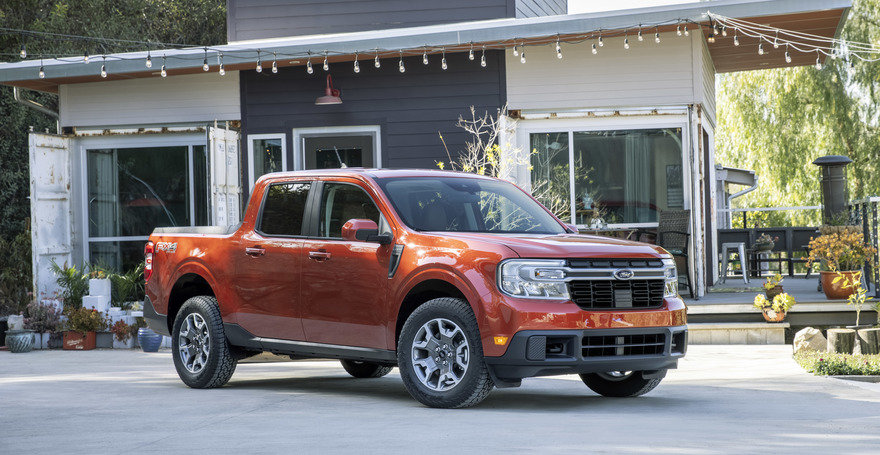 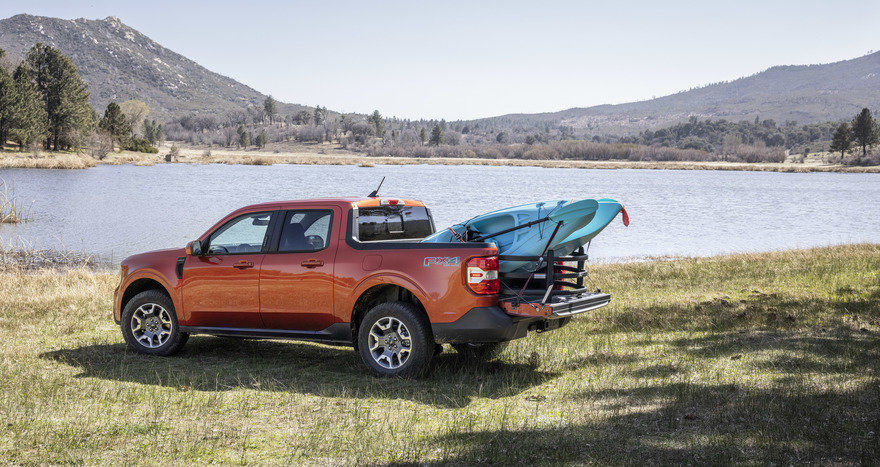 I think the Maverick is a smart move on Ford's part. I don't think it will cannibalize their existing full- and mid-size pickup market, as there are no shortage of Americans who feel they need a gigantic vehicle. The Maverick can carry five and is designed for "people who never knew they wanted a truck," according to the company, who adds it's "built for makers and doers." And it seems they've focused heavily on the UX for the interior: 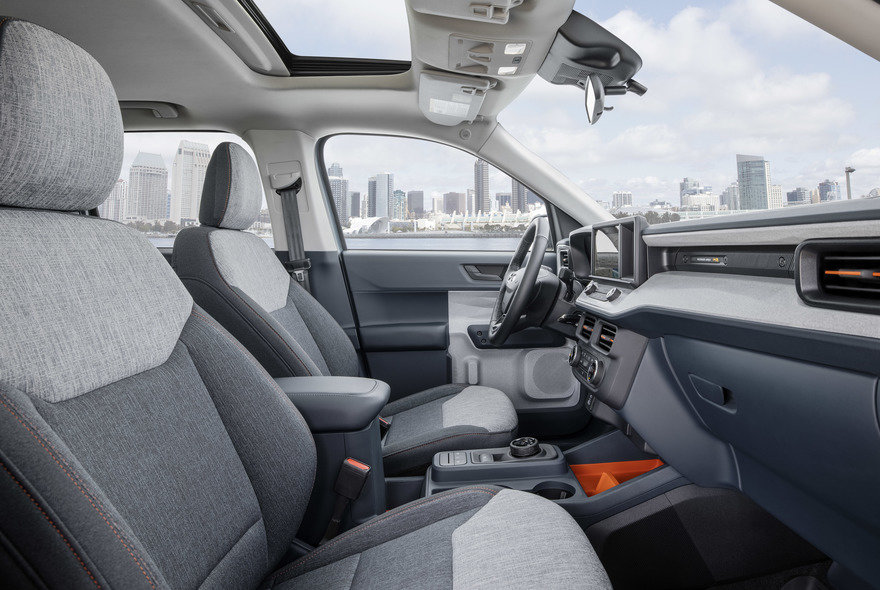 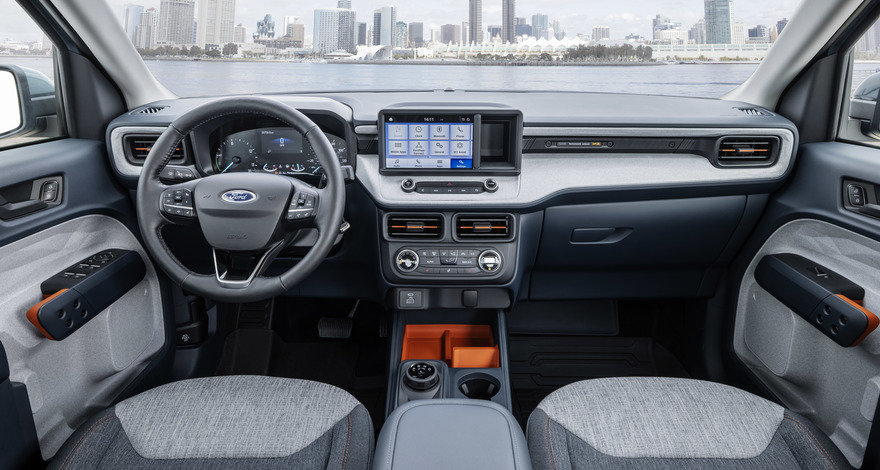 "What's key, he said, was understanding how people actually use the stuff they bring in, rather than just expecting them to find places to stash it. 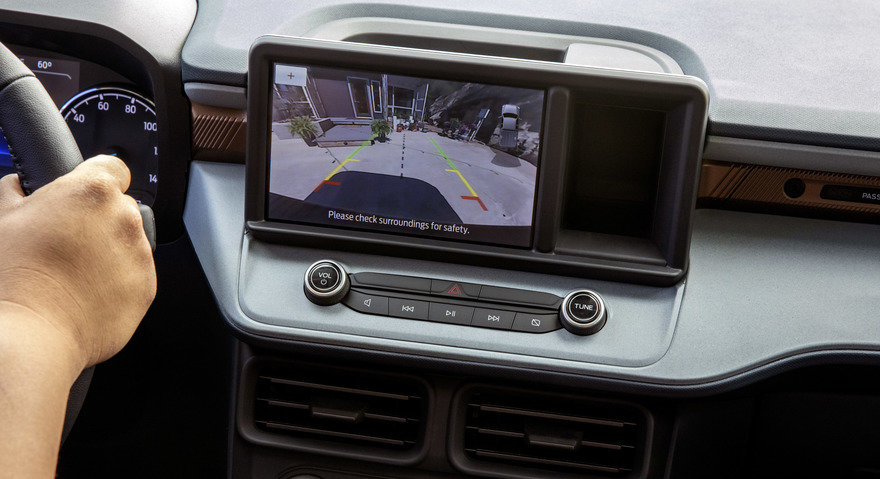 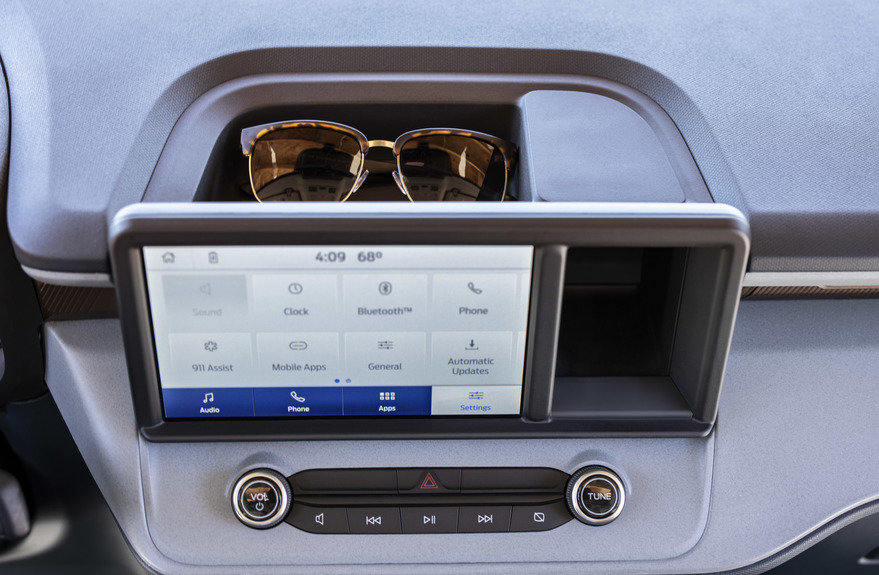 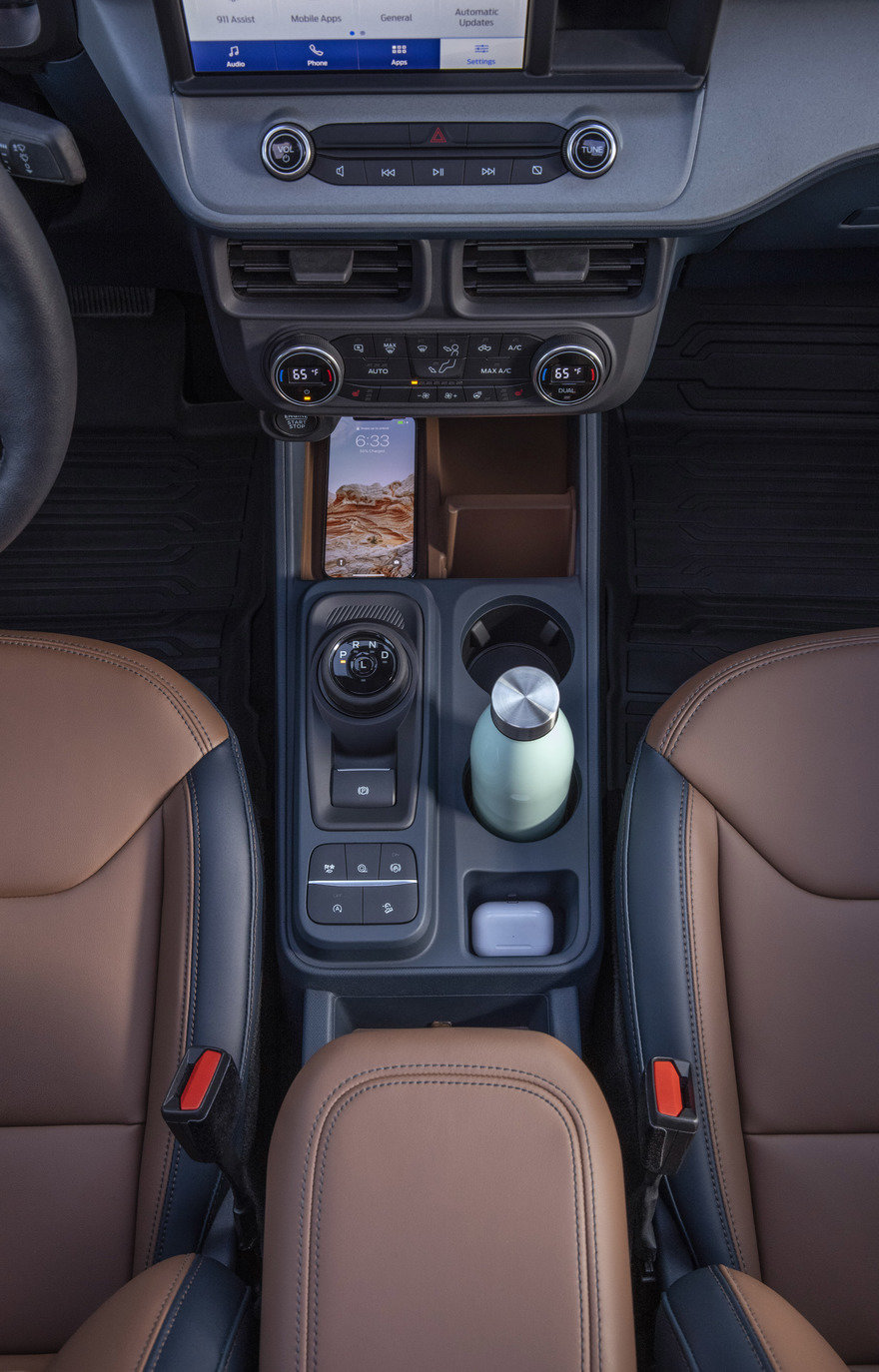 "Door armrests have a split design to allow a one-liter water bottle to sit upright in a bin rather than rolling around on the seats, while door pockets are huge and have lots of vertical clearance to store a tablet or notebooks. 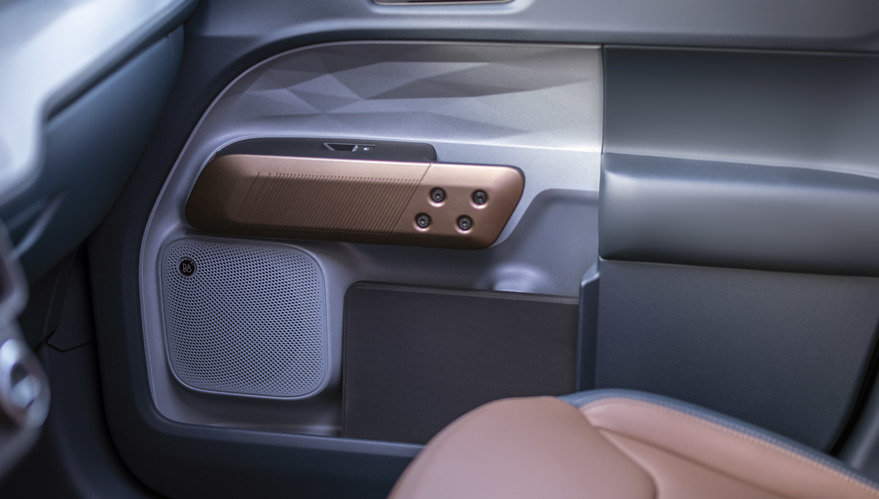 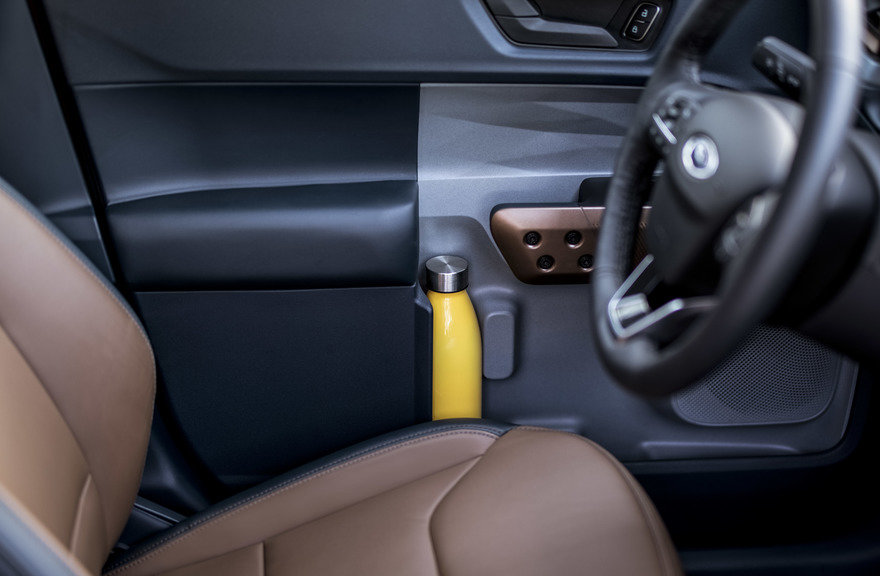 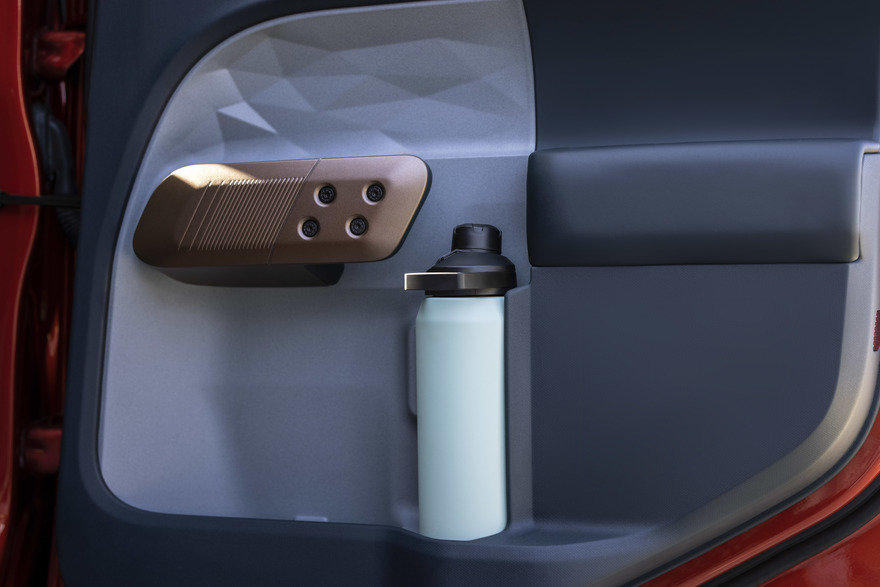 "There's a spacious storage bin under the rear seats that fits a fully inflated volleyball, laptop bags, roller blades, tools and other gear. 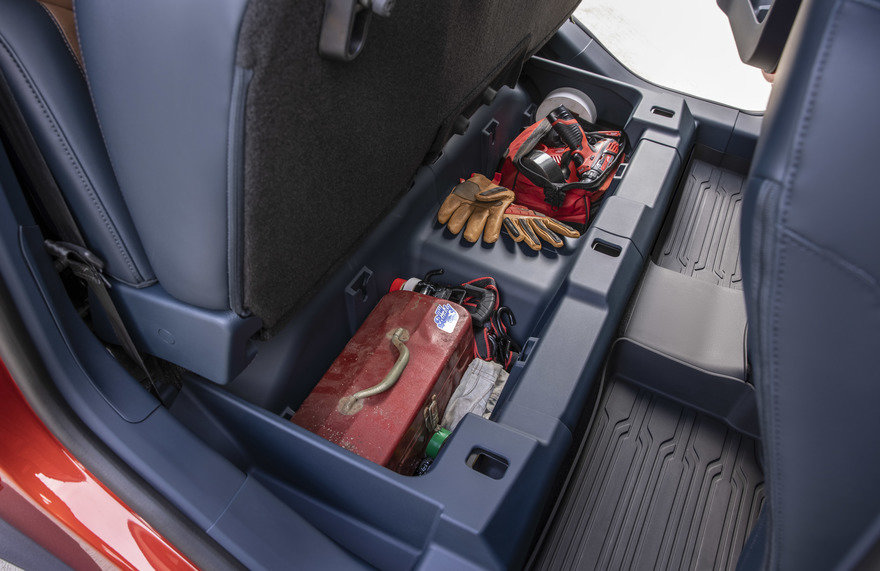 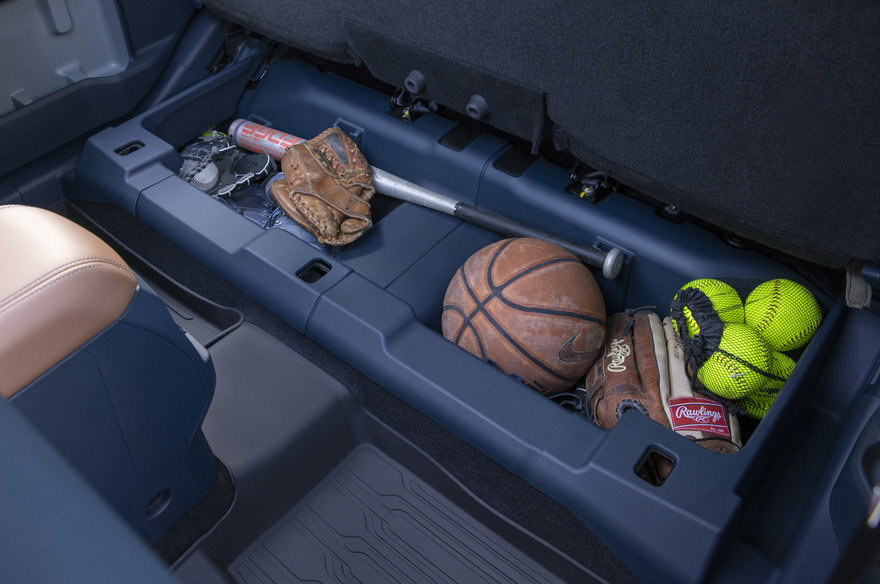 "FITS – Ford Integrated Tether System – is a clever multitasking solution for rear seat passengers. There's a FITS slot at the back of the front console that accommodates different accessories for endless personalization. An available accessory package includes cupholders, a storage or trash bin, cord organizer, double hook for grocery bags and purses, and under-seat storage dividers. More FITS slot creations are in development and Ford is working to publish the slot geometry so people can 3D-print DIY solutions to further fit their lifestyle. 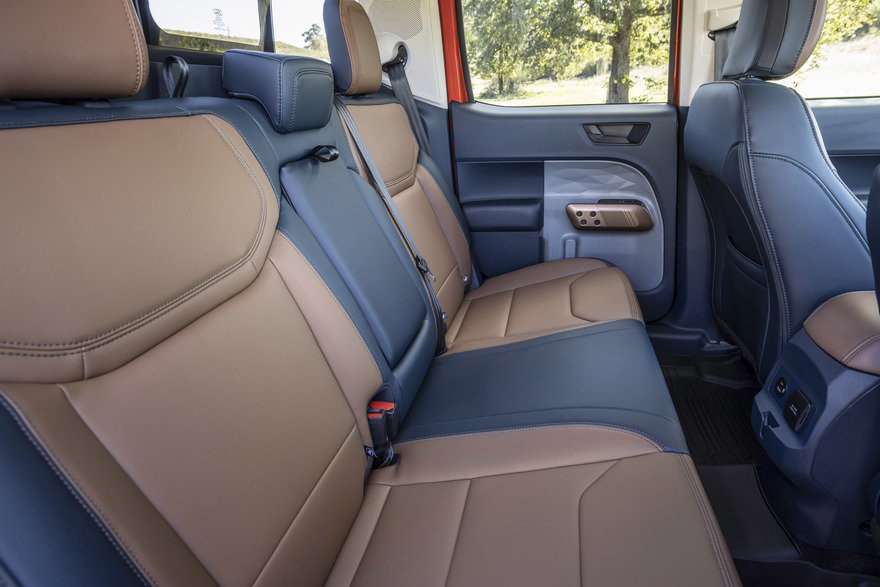 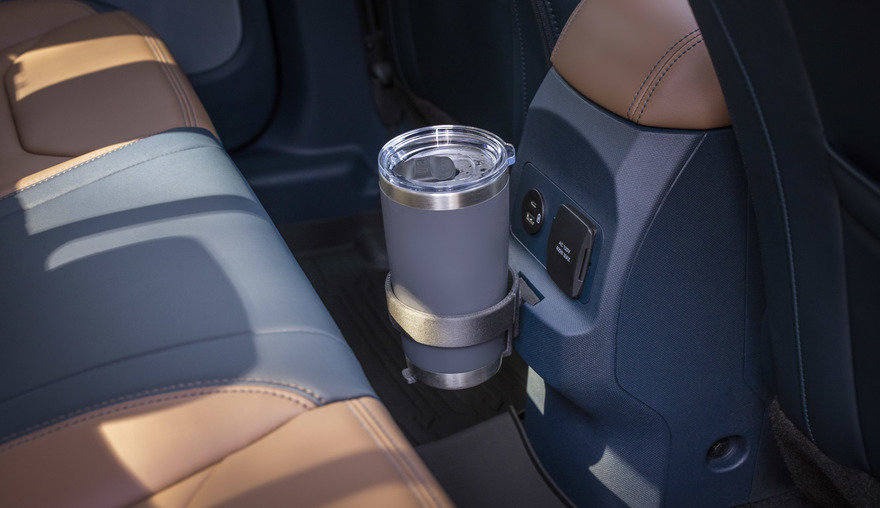 "Those accessories can be stored in multiple slots under the rear seats, which could also be used for novel applications on their own. 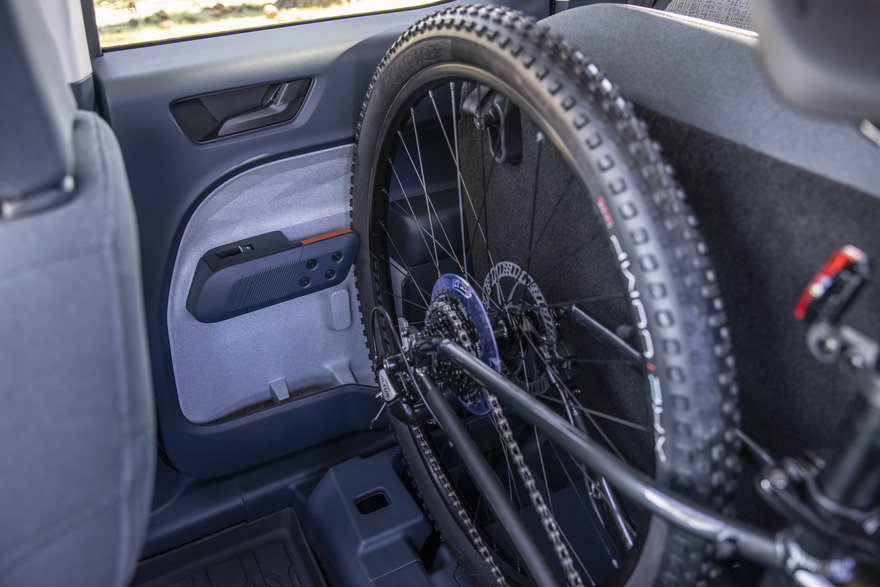 In the graphic below, which shows the Maverick's size relative to the other trucks in Ford's lineup, you can see that it looks as easy to climb into as a car: 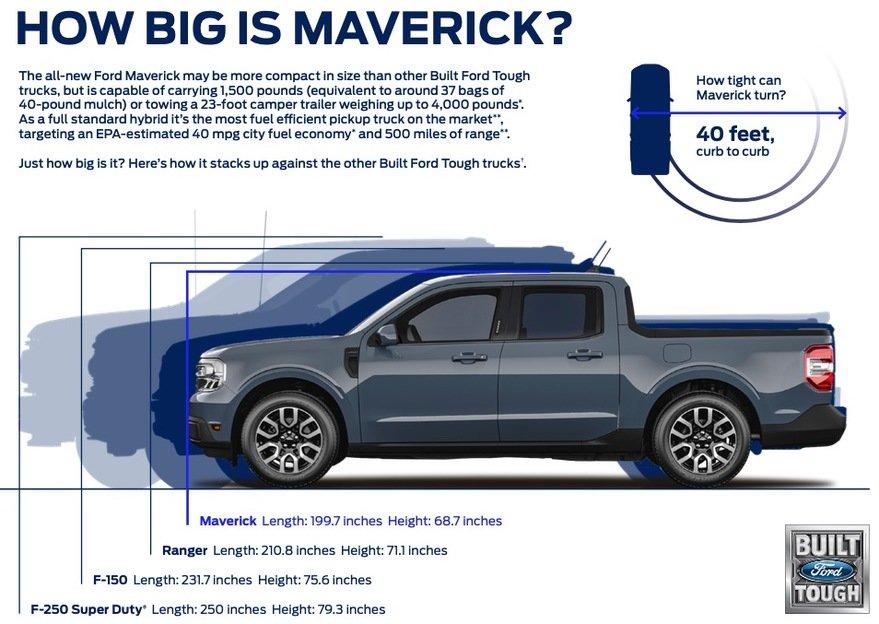 The box seems positively tiny at 4.5 feet in length, but there is a ton of design that went into it. Enough that the bed is actually getting its own entry, up next.

The Maverick will hit the streets this fall.