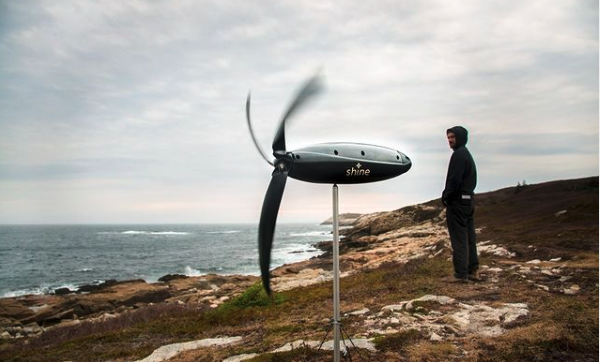 What if you could capture the power of the wind and carry it with you on your next camping trip? This is the idea behind the Shine Turbine, a "person-portable turbine" able to sustainably fast-charge handheld electronics like phones and cameras while generating electricity in a range of weather conditions. The device is an easy-to-use, 3 pound, 40-watt turbine able to pre-charge at home, using a standard wall outlet which, when collapsed, is roughly the size of a water bottle. Ideal for adventure travel, off-grid living, or even for use as a backup generator, Shine Turbine produces and stores a power-to-weight energy ratio superior to typical clean energy producers like solar panels, thermoelectric stoves, and water turbines. In fact, solar panels of comparable size are only about 5-10% as efficient, especially in low light.

"We're offering wind power that fits in your backpack," says Cat Adalay, CEO and Founder of Aurea Technologies and creator of the Shine Turbine. "Wind is the second-largest producer of clean energy in the world, yet most people don't have direct access to it." Previously, wind turbines were larger-than-life, and difficult to transport—think of the imposing wind farms you may have seen on your last road trip. Now Adalay and her team, all outdoor enthusiasts with backgrounds in science and engineering, anticipate that Shine Turbine will let users produce their own clean energy on the go "day or night, rain, cloud, or shine." 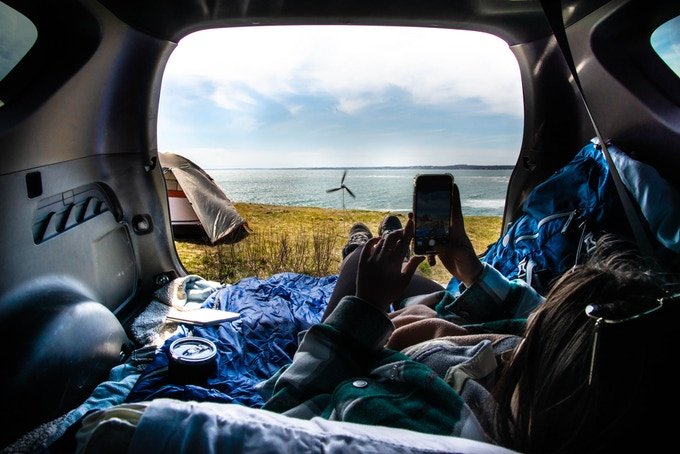 Aurea, Shine's parent company, is Cat Adalay's brainchild. Growing up in Halifax, Nova Scotia, one of Canada's windiest and most rugged enclaves, Adalay had a heightened appreciation of nature in all its forms, and witnessed the ways we undermine its ability to heal and sustain us. "When I was shown Al Gore's documentary An Inconvenient Truth in high school, that was when it struck me that climate change would be the biggest issue of our lifetime," she tells us. Before founding Aurea, Adalay studied Mechanical Engineering at Queen's University, later running her own product design firm, specializing in hardware development and the design of innovations, including myoelectric prosthetic arms for amputees in refugee camps. "As I went on to study engineering, I realized that technology and innovation in renewable energy and micro-grid systems would play a key and crucial role in helping address climate change," she says, explaining that this realization, combined with her technical background and lifelong enthusiasm for sailing, led her to see the untapped potential of wind power. The Shine Turbine will be the company's first consumer product, with users able to create their own energy in winds as gentle as eight mph up to 28 mph. 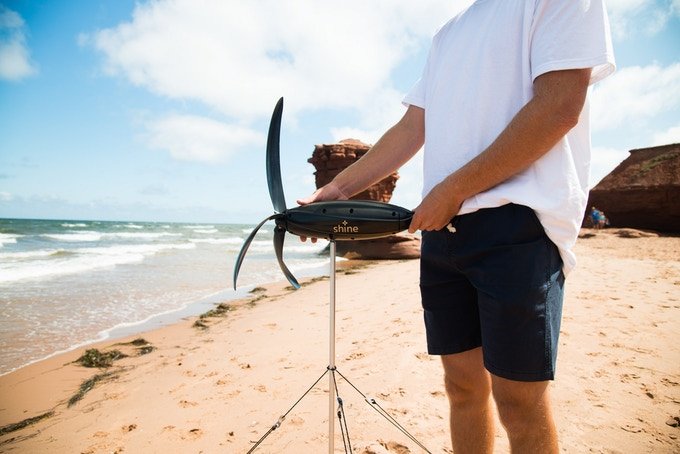 As Adalay points out, the wind has a cubic relationship with power: as wind speeds double, power output increases eight times. In designing Shine, she and the team crafted high-efficiency blades and a lightweight design to produce the greatest amount of energy, and the turbine's patent-pending technology is able to collect up to three phone charges' worth of power in as little as an hour. Shine can also operate day and night, its patent-pending blade and nacelle design reducing drag to increase the power output.

"Shine is just the beginning of our dream and plans to provide people with easy-to-use clean energy solutions," according to the team. "We've prioritized sourcing as many parts for our turbine locally as possible to help reduce our carbon footprint." In addition, Aurea has chosen to manufacture Shine in Nova Scotia to cut down on the emissions that come with shipping parts from overseas. 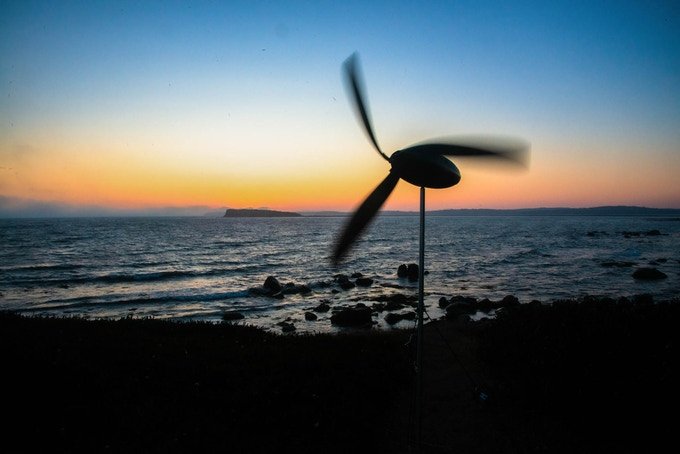 "The biggest challenge we had when engineering Shine was figuring out the right highly-efficient blade design while enabling the blades to fold onto the turbine's aerodynamic body," explains Adalay. "It was also tricky to figure out how to create a mounting set-up system that was able to be stored in Shine while still maintaining a weight of three lbs." She points out that additional challenges included placing the pivot point and components inside the turbine, optimizing it to automatically turn into the wind, and designing the blade hinge and blades to easily open and close. But the hard work was worth it. "Being able to develop something where everyone can access power rapidly, using the flow of wind, which is accessible almost anywhere is, for us, inspirational." 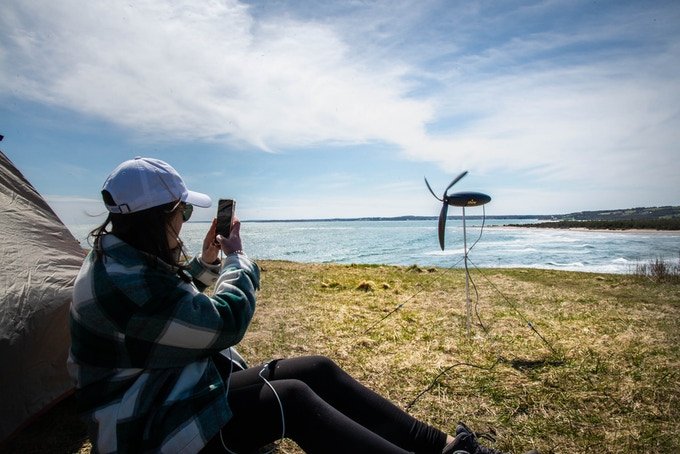 The team at Aurea Technologies is currently working on several additional high-profile projects, including RISE, a wind turbine system for charging infantry electronics. It's hoped that this 7 lb portable power system will greatly reduce the fossil fuel consumption and battery waste of the global defense sector.

"Shine is a stepping stone to enable us to develop further technologies that will empower energy independence, and for people to create micro-grids and their own sources of energy," says Adalay. "Regardless of the time of day, regardless of location, the wind is continuously accessible, and the potential of the turbine to access energy and transform it into electricity so it can rapidly charge their devices—that's something that hasn't been done before. This is changing the game, which is something that we're immensely proud of."

She notes that, ultimately, our culture will need many small-scale technologies to power smaller utility systems if we are to meet our climate goals, but this is a starting point. "Everyone on our team is united in the belief that Shine is not just a product to charge your phone. It is the gateway to enable us to develop bigger and better systems down the road. Ones that will enable people to quickly generate energy for applications that will reduce our dependence on fossil-fuel-based energy systems."

The Shine Turbine is available on Kickstarter through June 23.