This is what a "turnover" bridge does

Back when canals were the easiest way to move cargo, horses provided the motive power for the cargo-laden barges. These horses walked along an established towpath alongside the canal, pulling the barges by rope. Due to geography and logistics, sometimes the towpath had to switch from one side of the canal to the other. A simple bridge would suffice to get the horses to the other side, but the barge would then have to be temporarily moored while the ropes to the horses were unfastened so that they could cross the bridge, then everything would have to be hitched up again.

Well, some clever individual(s) figured out a way to design a bridge that would allow horses to cross it while remaining tethered to the barges the entire time. This design was called a roving/change-line/turnover/snake bridge, and it looked like this: 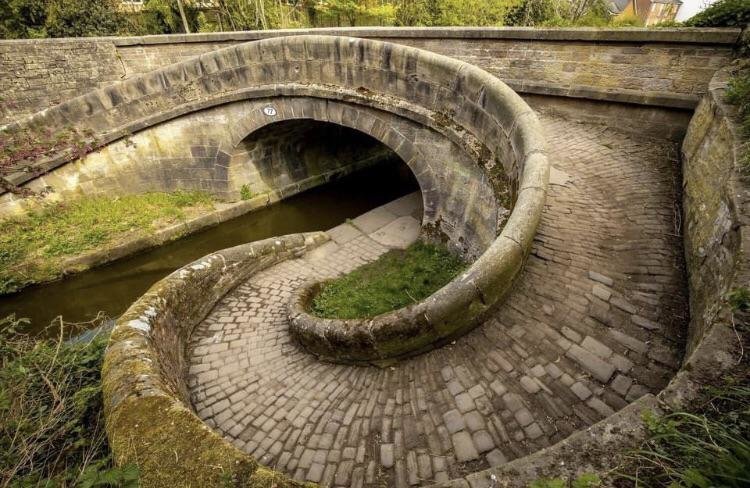 Note that the railings are rounded, so as to prevent the ropes from snagging on edges. That appears to be a consistent design feature, as seen on this second bridge along the same canal: 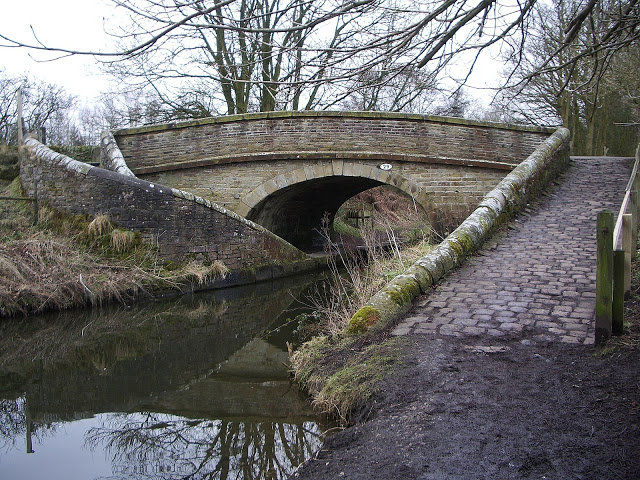 You just know the person who came up with this couldn't describe the concept to others well, and everyone thought s/he was crazy, but the person somehow got the bridge built, and the first time people saw it in action they were like "Well I'll be damned."