Put a smell on it

The next frontier for design is right under our nose

The composer Hans Zimmer scored the Pirates of the Caribbean series, The Dark Knight Trilogy, Interstellar, Blade Runner 2049 and many more blockbusters. Recently he has composed the sound of BMW's electric engines. Sound design is no news to the world of mobility. Car doors are meticulously designed to emit the right, trustworthy sound when slamming. And anyone who has flown in a Tupolev Tu-154 will appreciate how discomforting certain noises in planes can be. Design isn't just visual as the word's etymology suggests. We touch objects and hear objects. Ergonomic design is no news and sound design isn't either, but they are often overseen and even more so olfactory design.

We perceive the world with five senses: We see, hear, smell, touch and taste, which allows us to experience the world. Experience isn't based on a single sense, but a combination of many. The taste of a burger is dependent on what it looks and feels like. That's why modern plant-based steaks are shaped like their beefy counterparts - to ensure similarities in look and feel will provide a "beefy" experience. Things are experienced as a combination of multiple senses, and therefore the orchestration and interaction of sensory impressions will increasingly be part of design. Take sound, sight, and the development of voice interactive devices - they allow us to order our groceries by speaking out loud. The look and weight of the device also plays a role in whether we would want to own such a device or not. If it doesn't look good or seem functional, why would we want it inside our house? Similarly, the new generation of AR and VR devices will provide multiple sensory experiences, but the device also needs to look slick. A far cry from the Google Glasses of 2013.

Successful products are often a combination of many senses, and as we move towards a more sustainable economy there will be increasing focus on designing shareable experiences rather than traditional consumer products. A good example is Noma, the Copenhagen restaurant repeatedly chosen as the world's best restaurant. Noma is not only admired for the delicious servings, but also for the holistic experience: the aesthetics of the servings, the smells, the interaction between guests and personnel, the interior and exterior design of the restaurant etc.

A classic branding exercise with olfactory design is Singapore Airlines. In the 90's, Singapore Airlines created its own fragrance to be an inherent part of their brand. The scent is a blend of rose, lavender and citrus, it is worn by flight attendants as a perfume, blended into their hot towels, and is disseminated subtly throughout the cabin space. Other airlines have followed suit.

Another example is the "new car" smell that you find in a brand new auto. Some people love the smell so much that they buy "new car-scented" air fresheners. The "new car" smell is meticulously planned and, of course, designed. Audi has a "nose" team that smells the interiors of cars and materials samples. Materials that release certain volatile organic compounds, via outgassing or off gassing are researched and selected, resulting in different "new-car" smells between brands. For example, the luxury "new car" scent of a Bentley interior will have oak and leather tones, very different from plastic and vinyl smells of an economy car.

The scent of "newness" is not only restricted to automobiles and their closed interiors. Taking a cue from the auto industry, I helped create a metallic and rubbery "new bicycle" smell to compete with the attractiveness of cars while working for Biomega. The idea was an exercise in lifestyle branding. Working with an industrial scent producer in Denmark we mixed the smells of oil, machined metal, rubber and flowers to accentuate the materials and convey the outdoorsy lifestyle of biking. The smell in itself on a human isn't pleasant, but it works on a bike as part of the sales process and the initial ride.

Multi-sensory engagement is part of a good experience for most products but we've only scratched the surface of olfactory design. Olfactory design can be broken down into certain types. You have literal smells, such as freshly made waffles or pancakes defused in the street to lure you into the creperie. Allegorical smells which we know from perfumes. What does Sauvage by Dior smell like? Like Johnny Depp's lone macho cool? French perfumiers have an extensive list of genre-like perfume categories, with the cologne type being the oldest and arguably most notorious. You have static smells, specially designed to remove the notion of time by masking other smells. Think of Vegas casinos that want to keep you immobile for as long as possible. Or large department stores that release scents of pine and oranges around the holiday season to put you in a festive and free-spending mood. There are many more categories to be invented and compartmentalized. 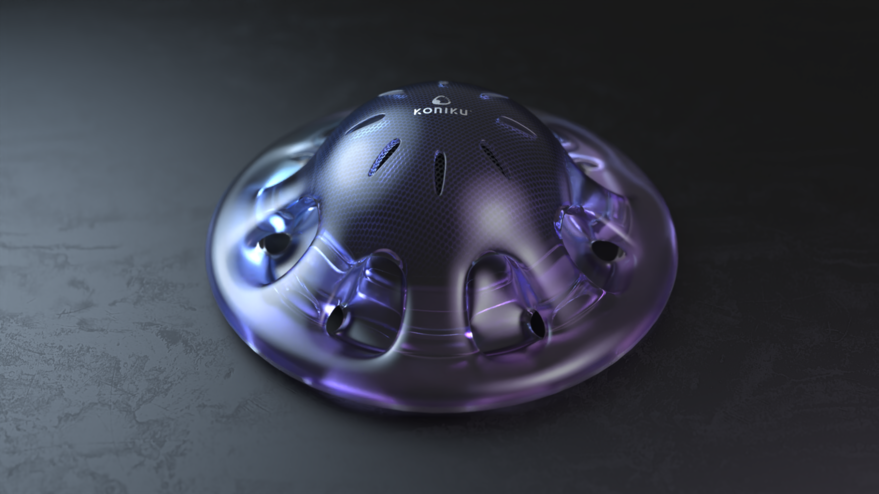 Within the next few years, we'll see research and development of products that integrate more of our senses - including our olfactory capabilities - at a whole new level. Objects will sing, speak, touch, move and increasingly interact with your perception. We'll see more products like the Koniku Kore, a kind of wetware computer based on the olfactory sense of a canine, ready-made to replace classic security scanning at the airport. We'll see VR experiences upgraded with the sense smell: if you order a steak in a VR world, why not make the experience smell like it?

As experience design becomes increasingly popular, the designer will have to become sense-agnostic and understand the vocabulary of all senses. The designer's next move is to put a smell on it.

Put a smell on it