The R2: An Autonomous Car Designed to Carry Things, Not People

Startup Nuro gets to take a fresh crack at auto design

All established automakers have definitely asked their design teams: How should the design of a car change when a driver is no longer required?

It takes a startup, however, to ask the question: How should the design of a car change when it drives itself—and it's not meant to carry people at all?

Nuro's answer has already been rolling around on the streets of Houston. The startup is in the business of last-mile delivery—ideally in underserved areas, the company says—and reckons the best way to get goods to people is to save people as much of the trip as possible. "It's time for robots to do the driving," the company writes. "Our custom autonomous delivery vehicles are designed to drive in neighborhoods. And because they only carry goods, they prioritize the safety of others. It's a safer, smarter approach to everyday errands." 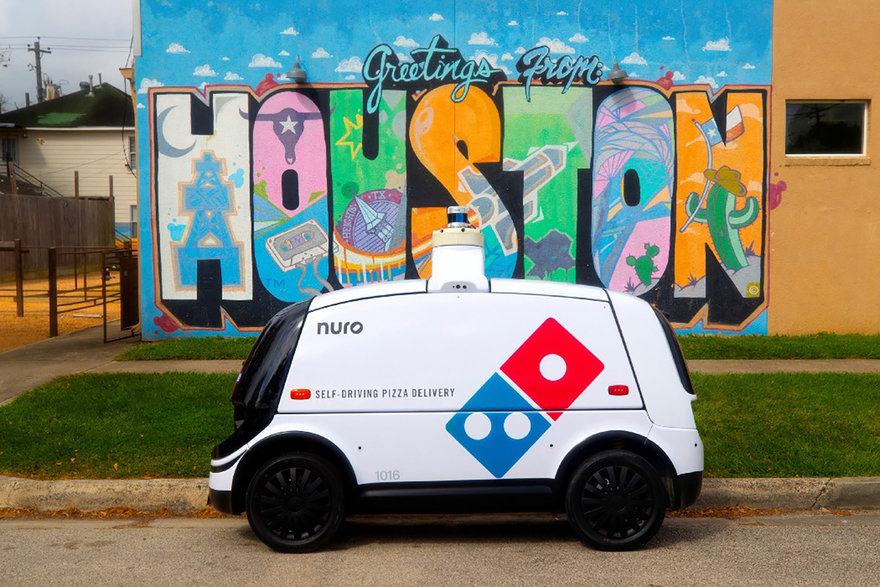 In April the Nuro R2 began delivering Domino's pizzas to select customers in Houston, after exhaustively mapping the test neighborhoods with a fleet of instrument-riddled Priuses. Now they've announced a partnership with FedEx, who has committed to using a fleet of Nuro's deliverybots (which are electric, by the way). The eventual goal is to grow that fleet "to a scale that will be transformative for logistics and for everyday life," writes Dave Ferguson, Nuro's Co-Founder.

Back to the design of the R2 itself. It can't be a coincidence that it shares its name with a certain friendly robot, and like R2-D2, Nuro's vehicle is electric. (I always assumed R2-D2 was electric, you never see Luke pouring gas into him.) And by looking at the R2, we can guess at least two things the designers were thinking:

It's got to be friendly-looking. This is a new type of vehicle and we don't want it freaking people out.

Thus the form of the R2 has no caffeinated-CAD-jockey creases, brutal surface changes, zigzags or pointy bits. The body style is rounded, soft-looking, gentle even. No angry, slit-like LED headlights, but old-school round ones, like on a VW bug. An expansive windshield, even if no human is looking out of it, as if to say "Relax, I'm obviously a car-like object, you've seen stuff like me before." 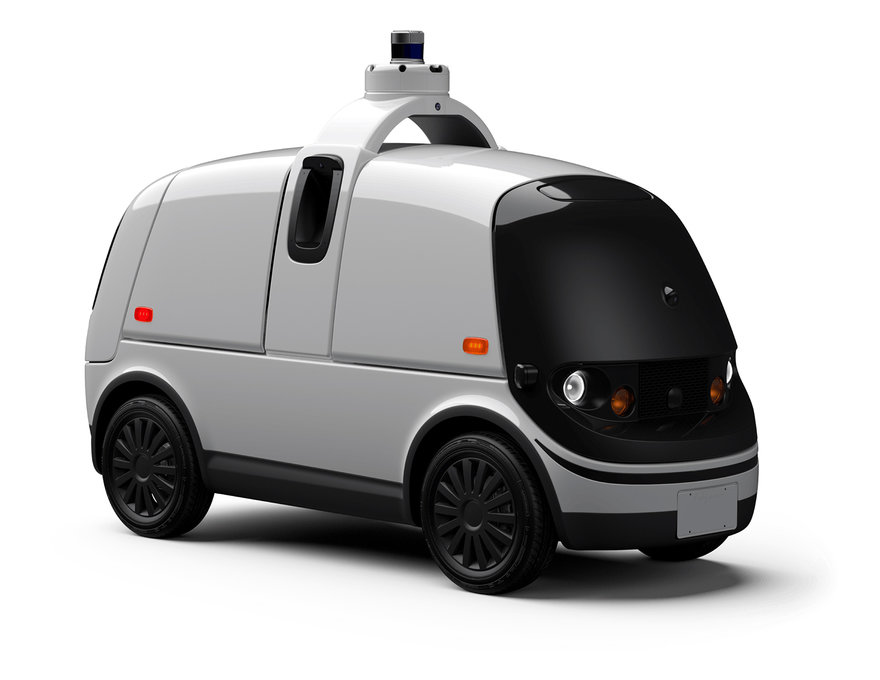 There's no reason the thing needs to be car-sized.

Since the designers decided—presumably for safety reasons—to have the packages only accessible from the curb-side of a two-way street, there are only doors on one side. And you don't want delivery recipients having to lean into the vehicle and reach across the entire width of a car to get at a package in the back. Thus the R2 is accessibly narrow, which I feel is good UX design. And the gullwing doors are a nice touch as well, admitting plenty of natural light, revealing both the packages and the friendly teal color within. There's no ducking and having to reach into the dark space of an unknown vehicle. 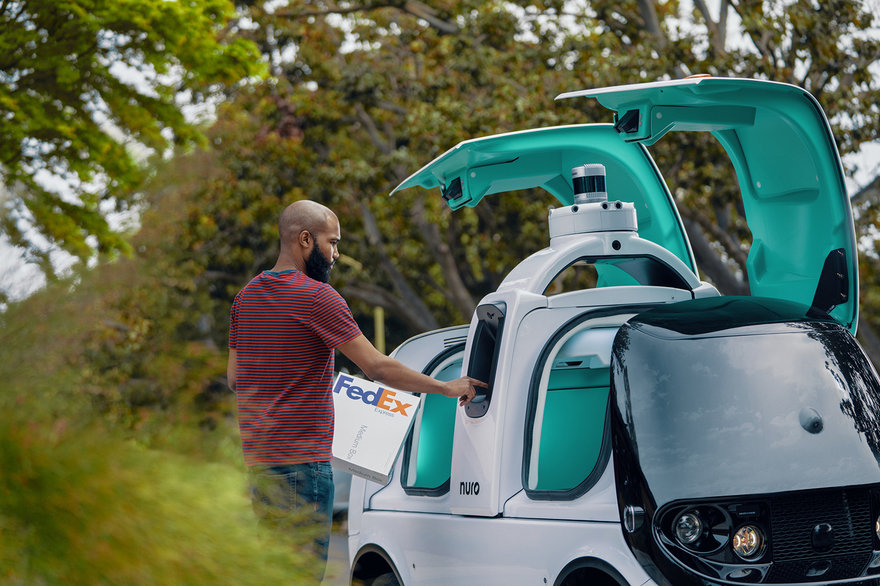 The company doesn't actually say much about the design, but does confirm that "We designed it differently on purpose," on their website. "When we founded Nuro, we set out to build a new class of vehicle designed purely for transporting things instead of people. We wanted to build a self-driving vehicle, but not just a driver-less vehicle—a passenger-less vehicle, too. 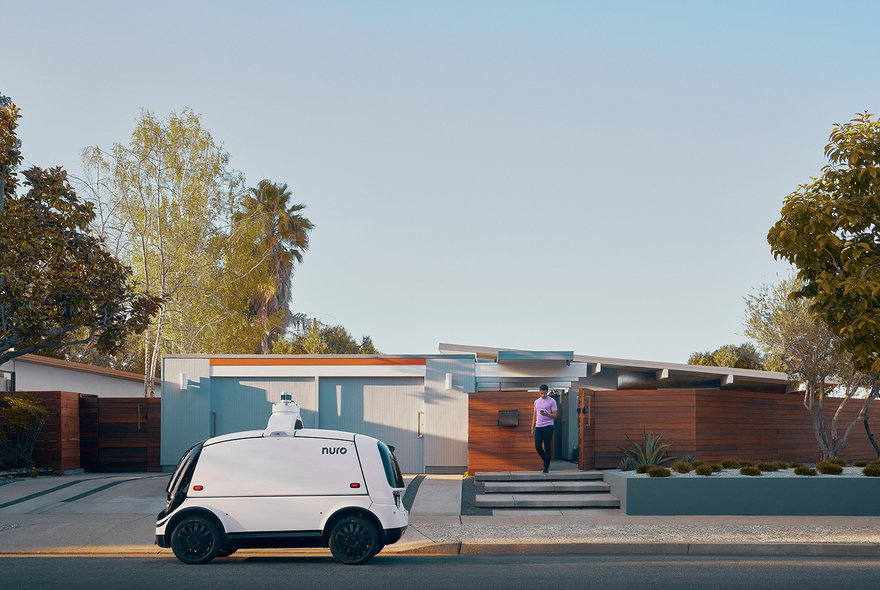 "We were convinced that this kind of vehicle had the potential to be safer than passenger vehicles: more nimble, narrower, and better able to prioritize the well-being of other road users. And by building such a vehicle, we could also lower vehicle cost, improve the customer experience, and accelerate autonomous technology deployment by solving problems jointly through both hardware and software development." 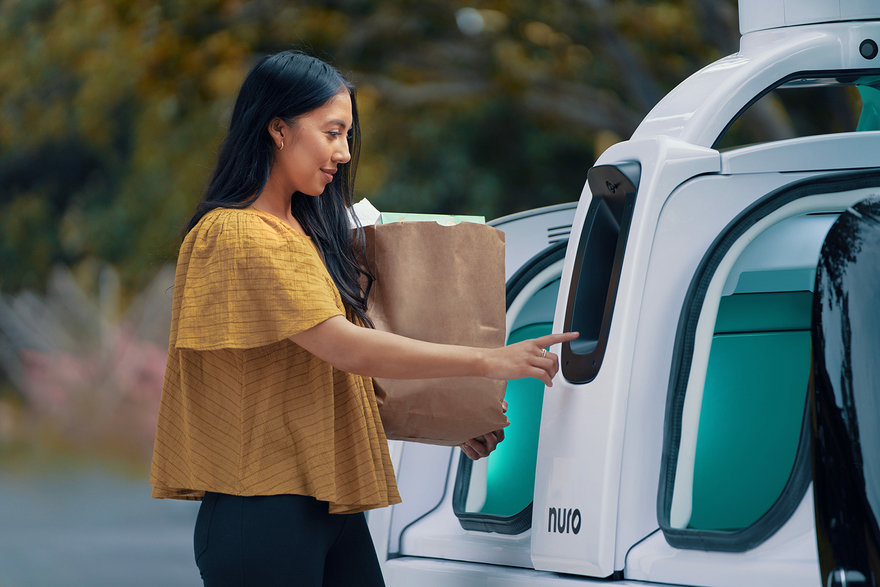 In terms of safety, it's worth noting that with no passengers to worry about jostling, the R2 can slam on its brakes as hard as it wants. "R2 can come to a quick emergency stop when necessary without concern for the groceries, pizza, or other items onboard," the companys says. "But rest assured: if your pizza gets damaged along the way, we'll make sure to send another one without delay." 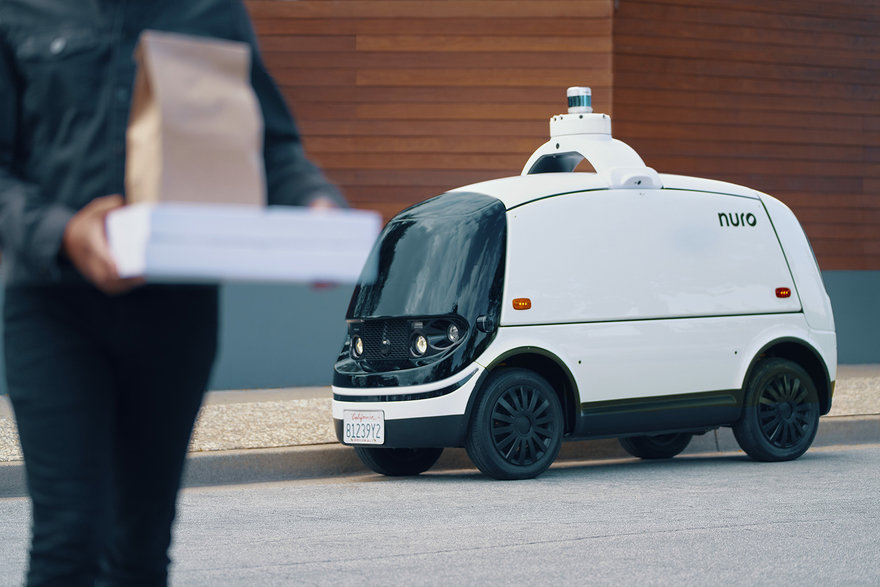 The R2: An Autonomous Car Designed to Carry Things, Not People