Now that sneakers have become coveted objects exceeding their mandate as mere footwear, Istanbul-based industrial designer Elif Bulut has designed packaging for them that reflects their increased status. Her Standbox concept would be used not just for shipping or storage, but for display as well. 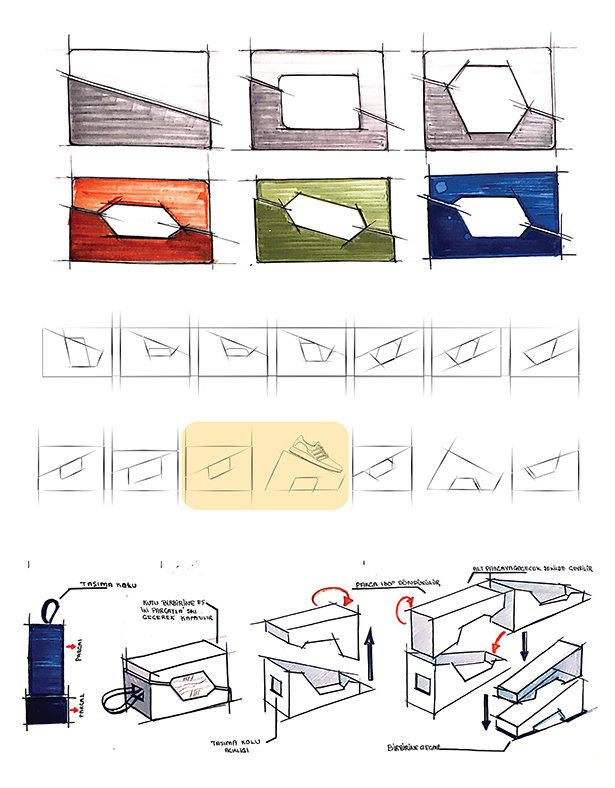 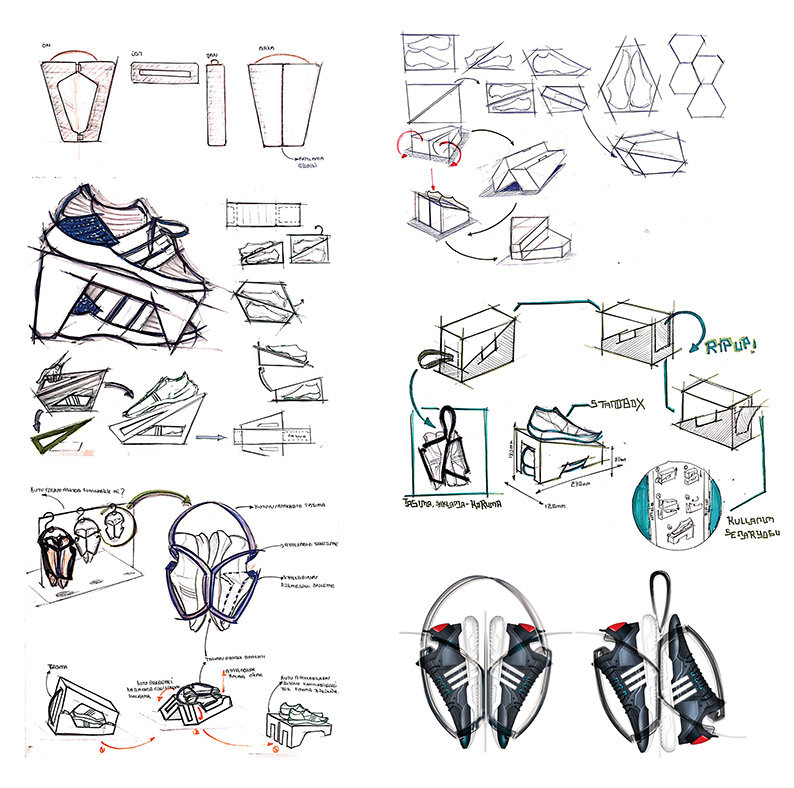 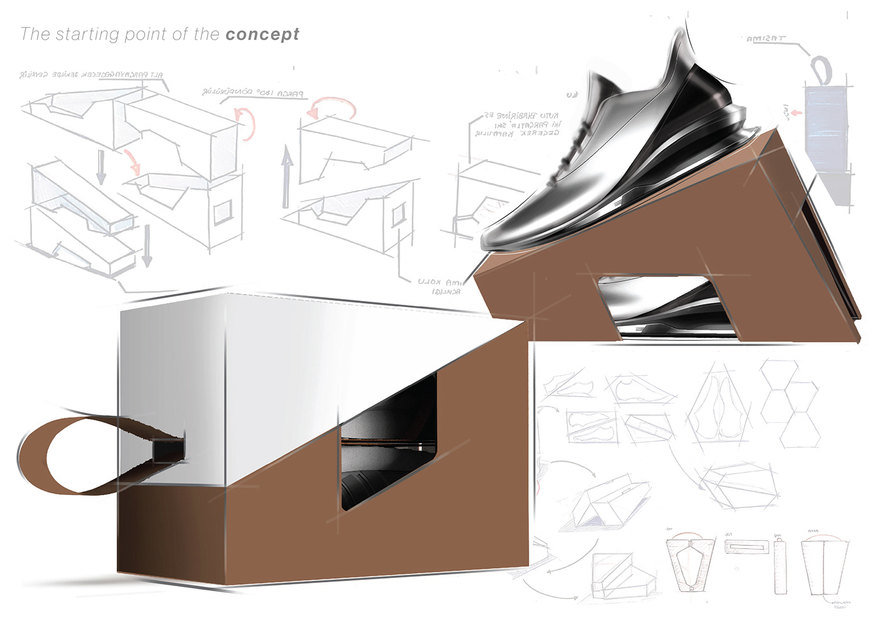 "Thanks to its form, [Standbox] is smaller than its counterparts and has the potential to display shoes on top of each other," Bulut writes. "It provides energy and space savings to its manufacturer, seller, and user during production, distribution, and storage stages. The manufacturer can distribute more products at once so that the carbon footprint drops; the seller and user do not need an extra plastic organizer to store and present the shoe. 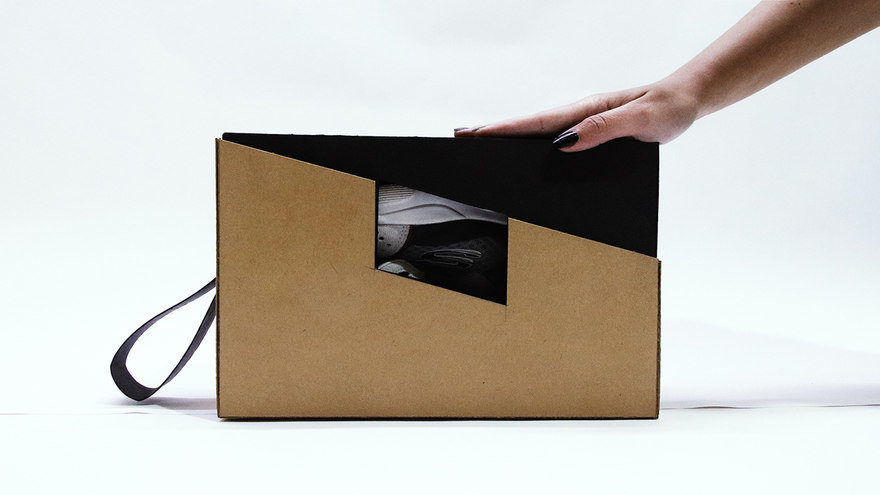 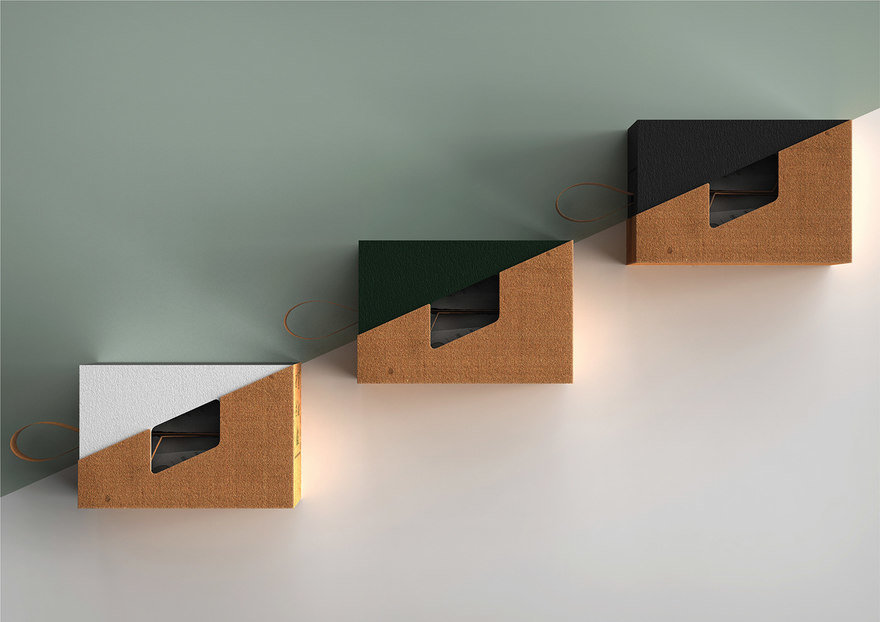 "Unlike other shoe boxes, it can be carried on its own without the need for a plastic or paper bag. 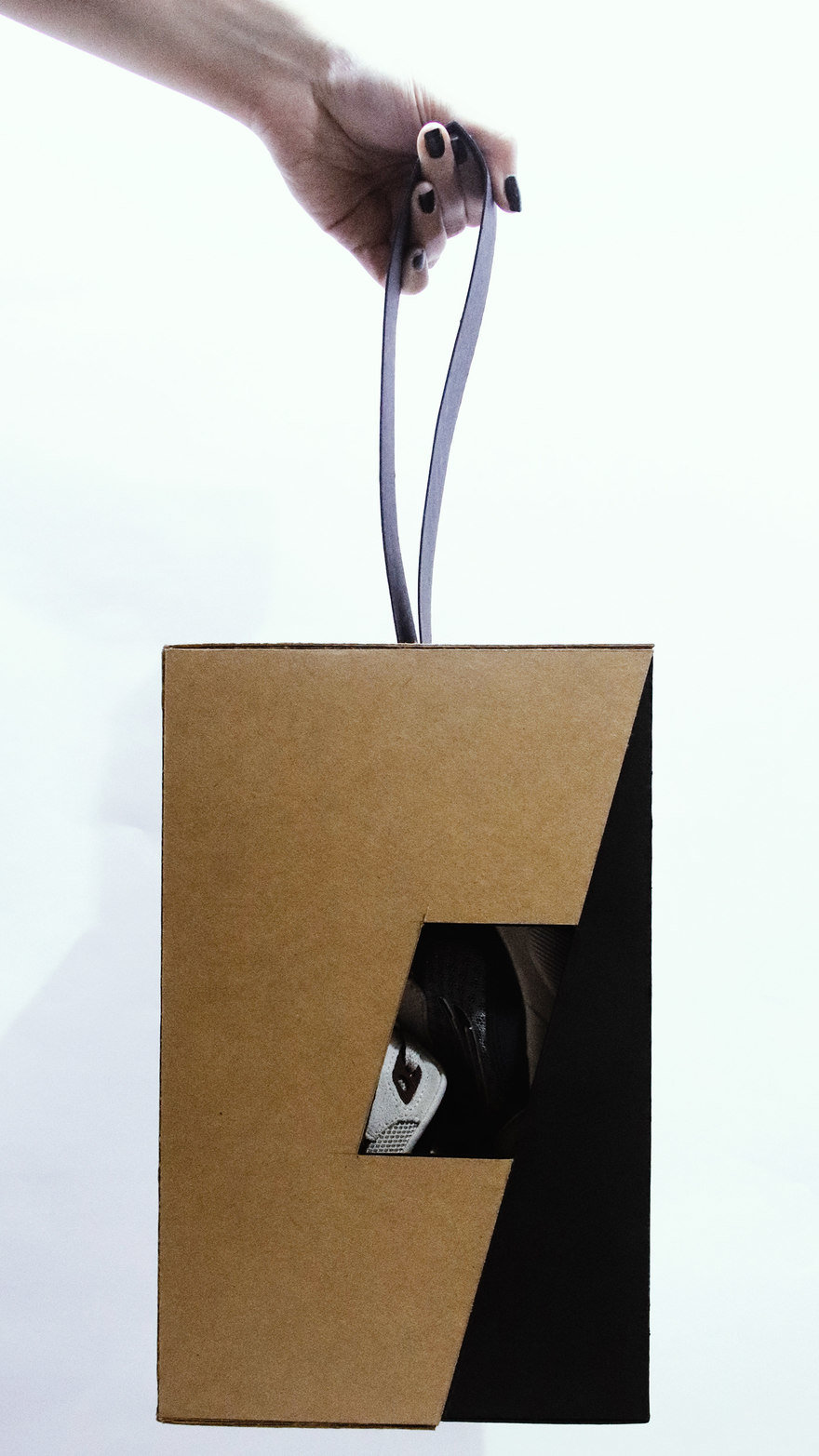 "In short, the Standbox is a packaging design that aims to use energy resources less, take up less space than its counterparts, to minimize the need for extra plastic and cardboard." 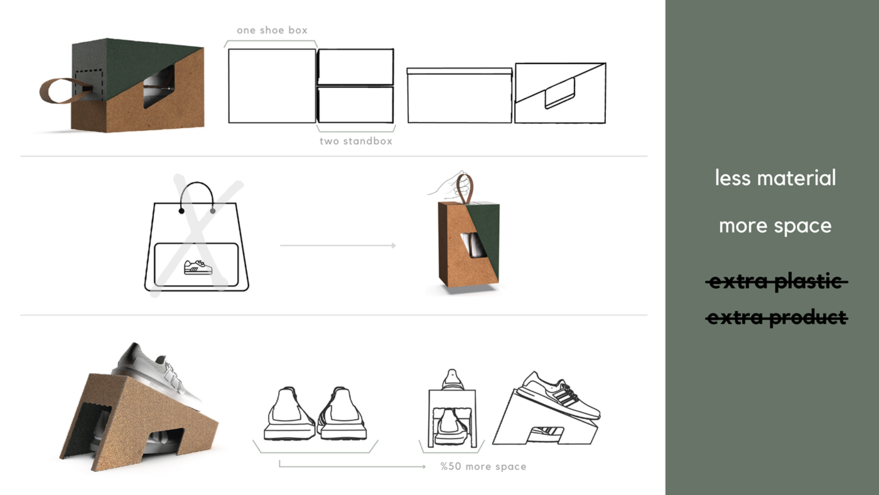 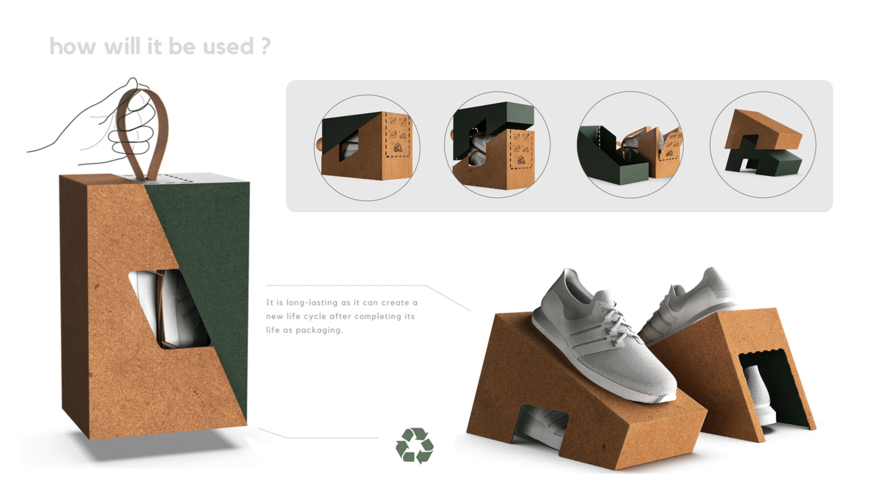