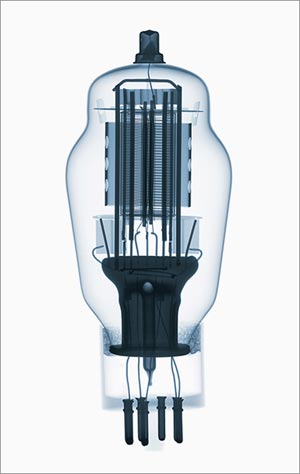 Working with high doses of radiation isn't always easy. To minimize a patient's radiation exposure, medical x-ray techs grab their blurry stills in a fraction of a second; Veasey needs to bombard his subjects with ionizing radiation for as long as 12 minutes to get crisp shots. So to capture human forms, Veasey works with either skeletons in rubber suits (normally used to train radiologists) or cadavers that have been donated to science. When a corpse becomes available, he has at most eight hours to pose and shoot before rigor mortis sets in.

Veasey's book simply titled X-ray is due in October and he's currently building a $200,000 studio with 35-inch-thick, lead-lined concrete walls which will let him see through almost anything.