Yesteryear Prop Store is an Etsy shop whose founder, Michael, has carefully studied the neon signs that populate the cityscape in Blade Runner. He knows precisely which scenes they appear in, like that encircled kanji character that shows up multiple times: 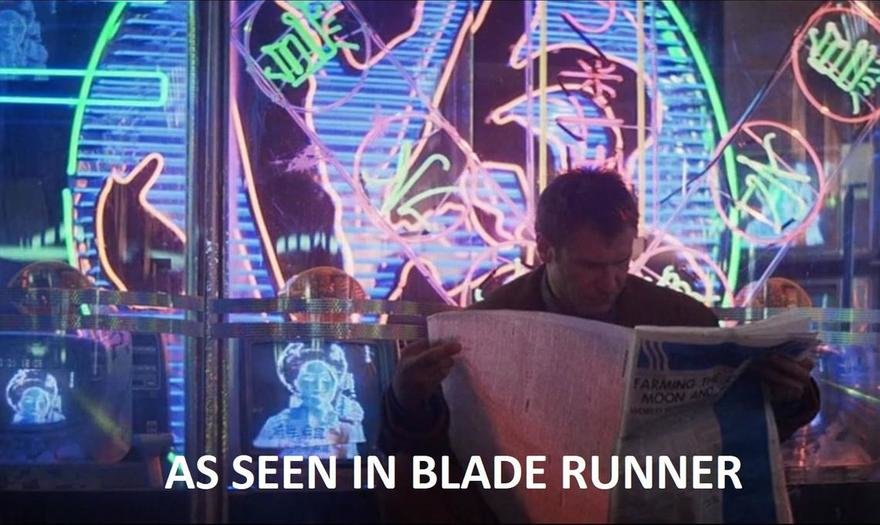 "The Kanji is a Japanese character meaning 'origin,' which is very symbolic in the film. Two color variants of this sign appear throughout the film, but the pink-blue-green version is the most prominent and memorable. This version is seen at the opening of the film when the camera pans down from the White Dragon neon sign onto Deckard as he's reading a newspaper.

"The second time we see the same sign is in the deleted scene, when Leon is walking up the stairs to meet fellow replicant Roy Batty, on their way to see Chew. The third time is when Deckard shoots Zhora and she crashes in slow motion through multiple plate glass walls."

Michael shrewdly bet that if he fabricated replicas, die-hard fans of the movie would pony up for them. He was right. Even with asking prices ranging from $650 to $2,000, he's moved almost 70 of them on Etsy, and garnered rave reviews in the process. 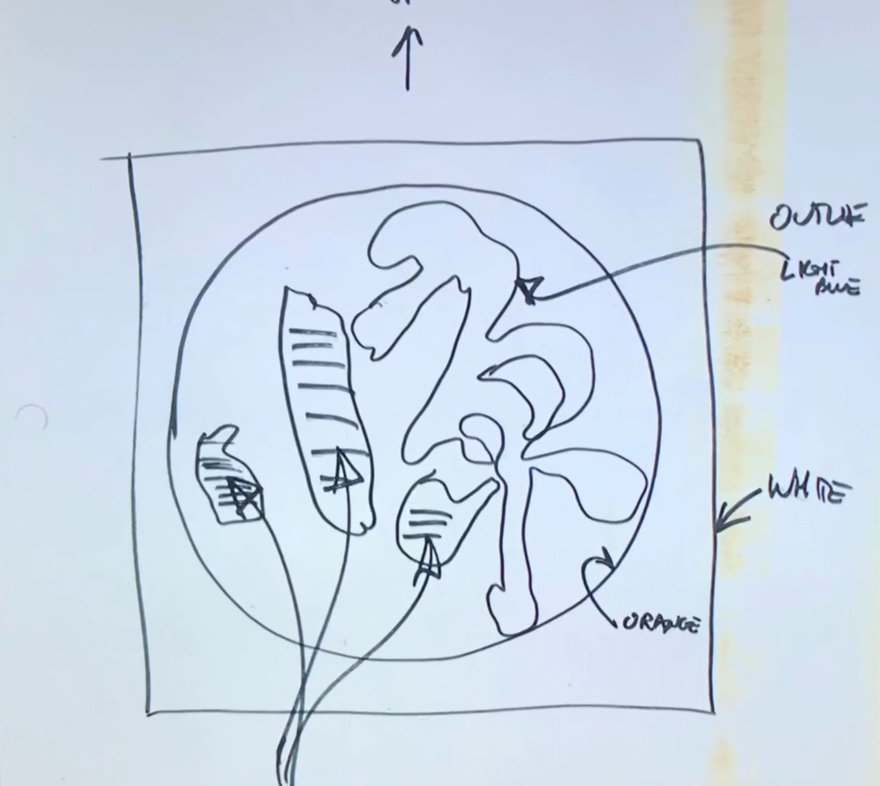 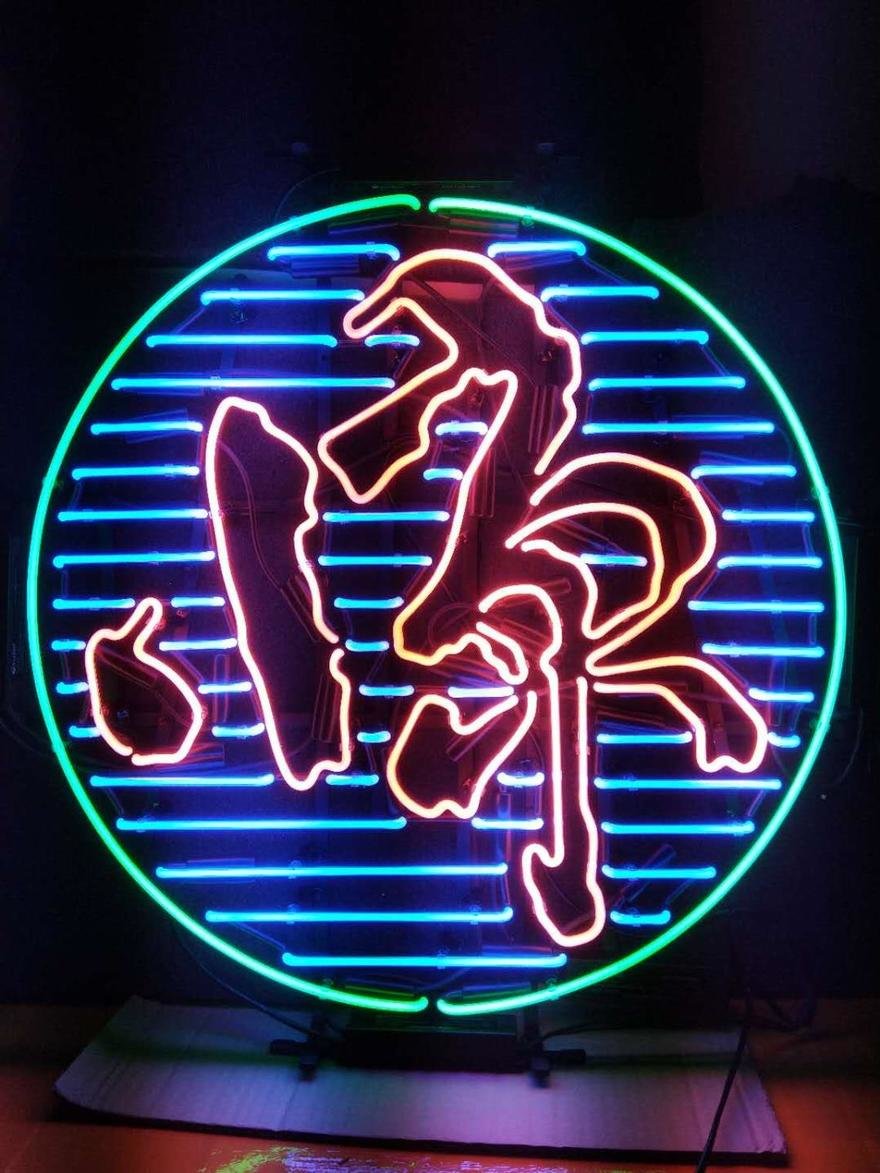 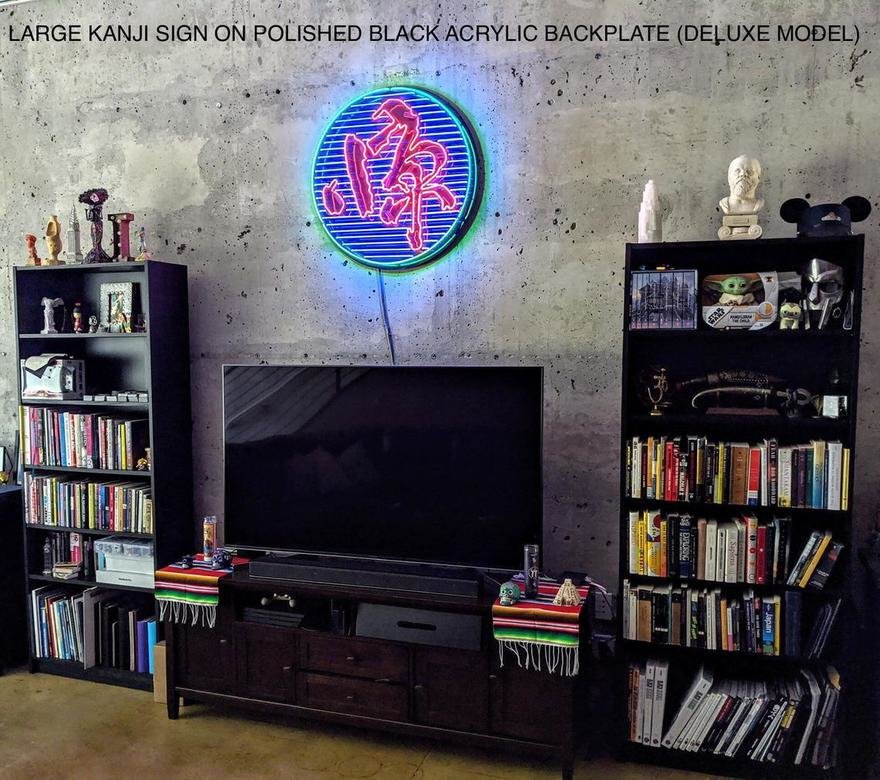 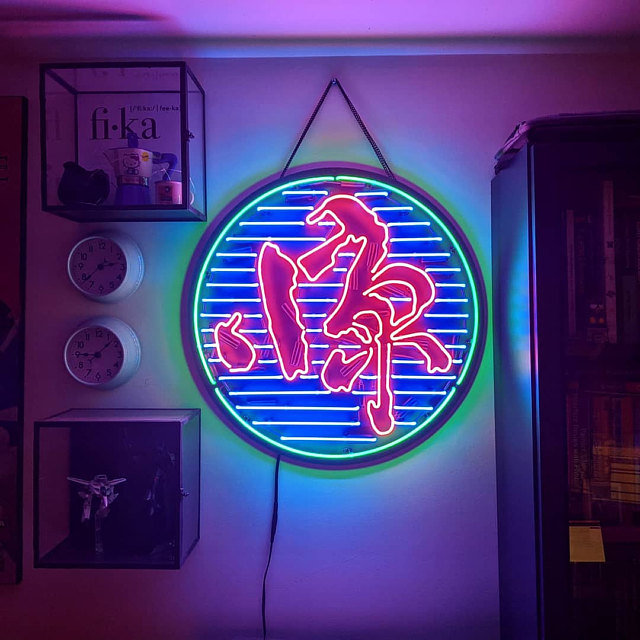 In addition to the kanji sign, he's got the Snake Pit sign from Zhora's workplace, an approximation of the dragon sign from the noodle stand, the RCA sign from outside Deckard's apartment, and even the big-ass TDK sign Roy Batty delivers his final lines in front of. (The signs have been scaled down, naturally.) 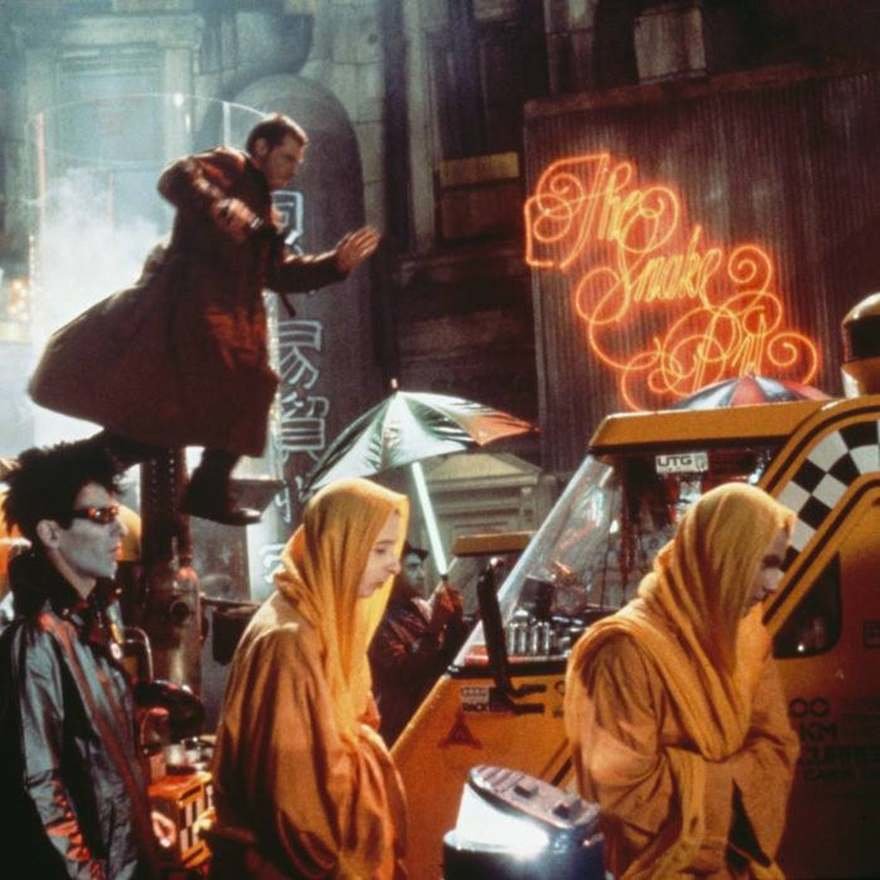 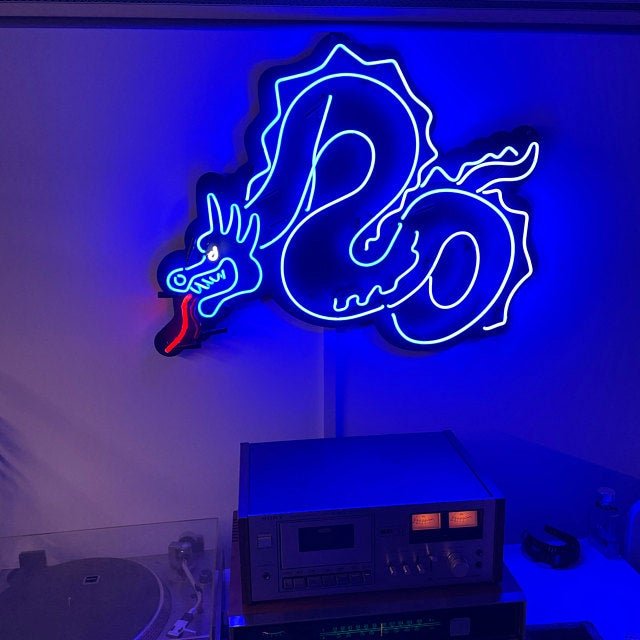 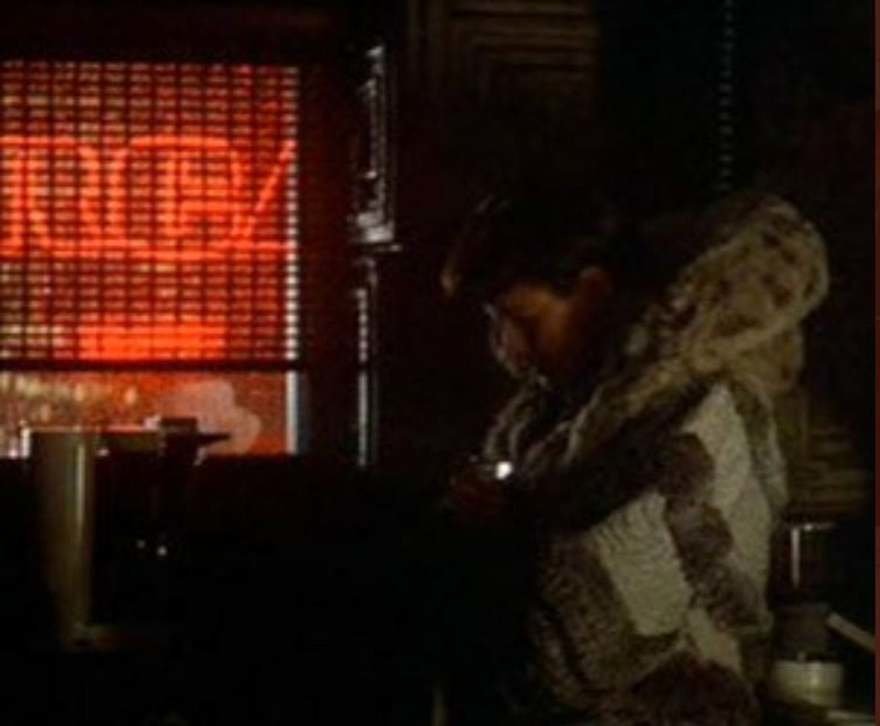 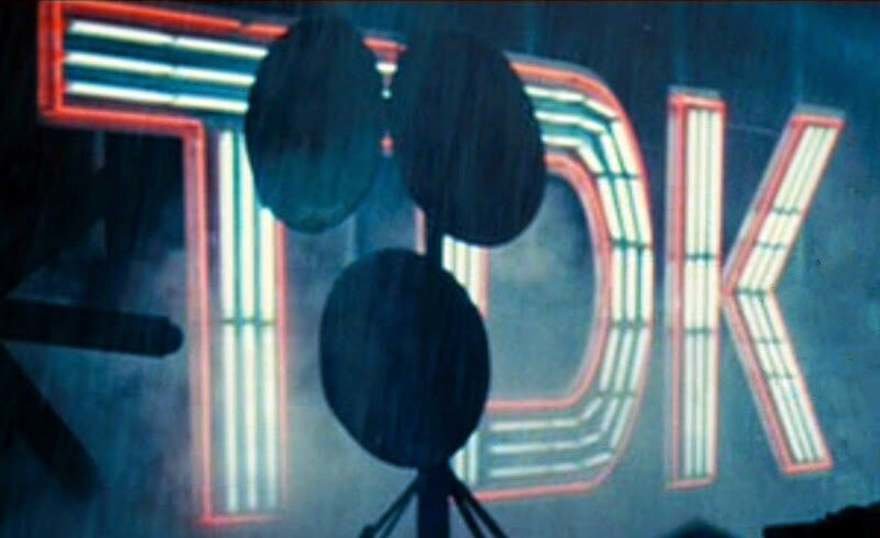 While these are undoubtedly unlicensed, Michael has acknowledged the original creator:

"The Kanji sign, like the White Dragon and so many other signs and graphics, was designed by graphic artist Tom Southwell. He discusses his inspiration for the sign in the fantastic documentary, 'Dangerous Days: Making Blade Runner.' This sign is dedicated to Tom and his genius vision, and to whom full credit is due for the Kanji sign's origins."