The newest shower head from the eco innovators fuses green tech with thoughtful design, saving up to 50% of water waste at an accessible price. 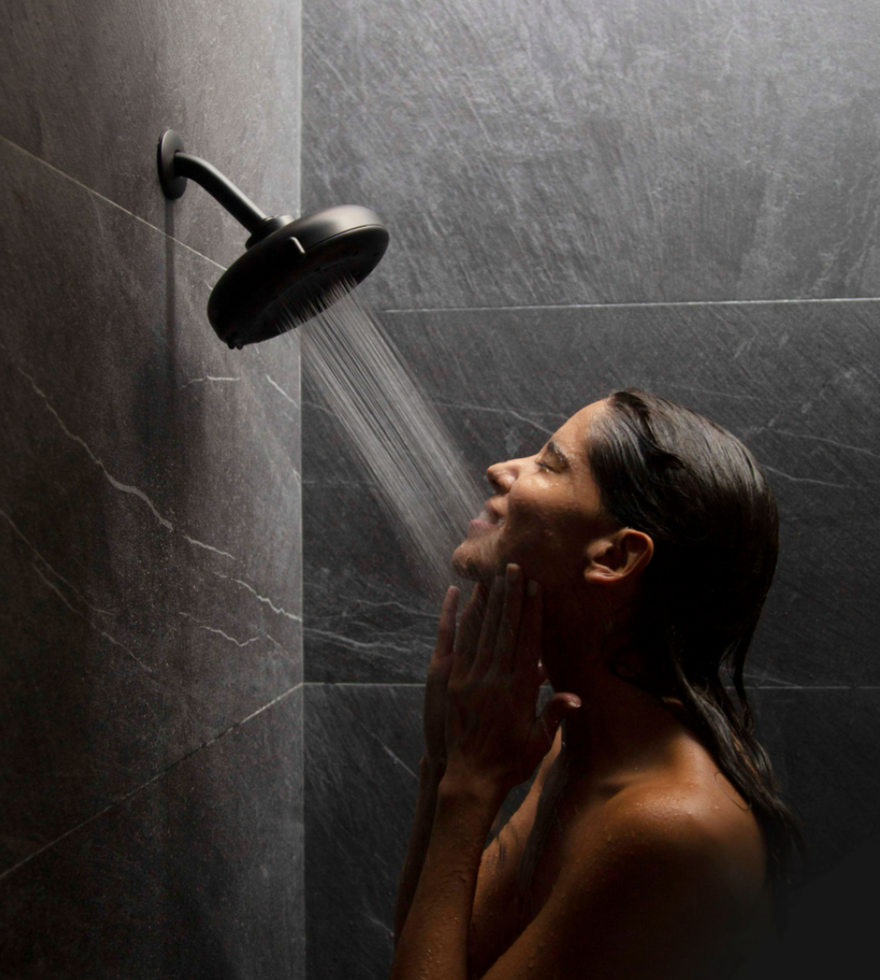 With temperatures skyrocketing and drought a growing global concern, saving water has never been more crucial. So Nebia, a San Francisco-based start-up specializing in eco-friendly spa-style showers, is on a mission to eliminate water waste—in the process engaging thousands of enthusiastic backers on Kickstarter. Now, with the company's fourth campaign, Nebia by Moen Quattro, live on Kickstarter until Aug 12, they're offering a sleek, water-saving alternative to traditional showers with an easy installation process and affordable pricing, making it their most accessible product yet.

"Our vision has always been to bring great water-saving shower technology to everyone," says Philip Winter, Co-Founder, CMO & President of Nebia. With the Quattro, the product of six years of lab testing and engineering, the team has been able to refine its models, tweak its custom atomization technology, and streamline manufacturing, enabling the company to offer its innovation at an accessible cost. Nebia has also explored the use of more sustainable raw materials, including recycled ocean plastic produced from fishing nets, and infinitely reusable metals. The result is a device that brings a refreshing, luxe showering experience, the kind found in 4-star hotels and spas, to the average home while living up to its "green" promise, saving approximately 50% of the water normally used by showers.

To date, the Nebia community has conserved more than 300 million gallons of water, with a staggering 50,000 units sold globally, and the team hopes to increase that number to 1 billion gallons by late 2021. With the Quattro's affordability, this goal is well within reach. 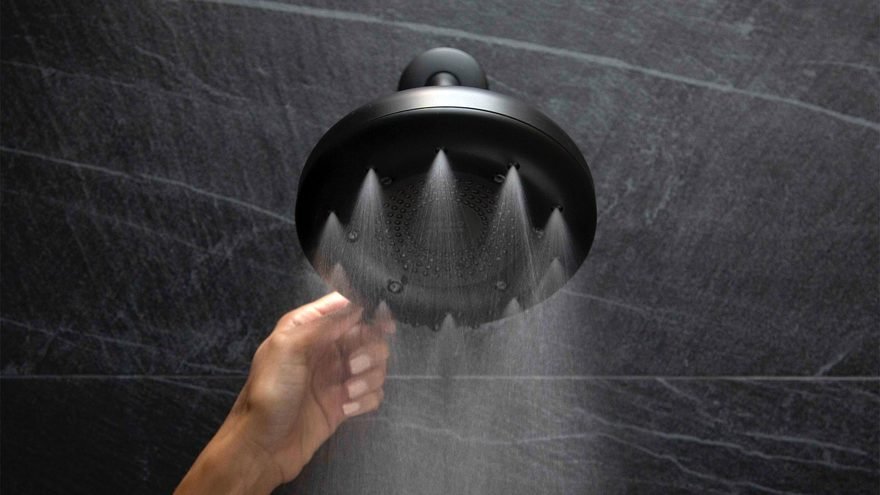 In search of the perfect shower

When Nebia's team launched its high-end shower system on Kickstarter in 2015, it was still in the emerging stages of its design research. "At that point, our nozzle technology was very new, and we were using a lot of commercial technology, which meant that it was expensive," says Winter. However, he explains the team was able to refine its designs over the years while developing new proprietary nozzle design, permitting Nebia to reduce key manufacturing costs dramatically. "Our strategy all along has been to democratize great water-saving showers. That is how our company is going to have the most impact."

The team credits its advancements, in many ways, to Nebia's Kickstarter experience; its design is the result of hours spent researching what backers want and need through home visits and extensive in-office interviews. "This is the shower head we dreamed about when we started Nebia, a product that takes the best nozzle technology, delivers great experiences, has best-in-class water savings, and does that all affordably," says Gabriel Parisi-Amon, Co-Founder and CEO of Nebia. After evaluating the Nebia nozzle portfolio, the team asked how they could best use this technology to deliver a superior shower experience beyond the typical mist and spray functions, making prototype after prototype. "Over a dozen modes were tested, and hundreds of prototypes, in our office shower, and in people's homes. Sometimes we were taking two showers per day in the office, testing," Parisi-Amon explains. The process helped to narrow down the modes to four choices, with final designs ranging from Nebia's trademark atomized "spa" spray to a high-water-pressure stream, capable of working in almost any shower setup. The new model also features the brand's most effortless installation yet, a 1-2 minute process that's as easy as, pardon the cliche, "screwing in a lightbulb." 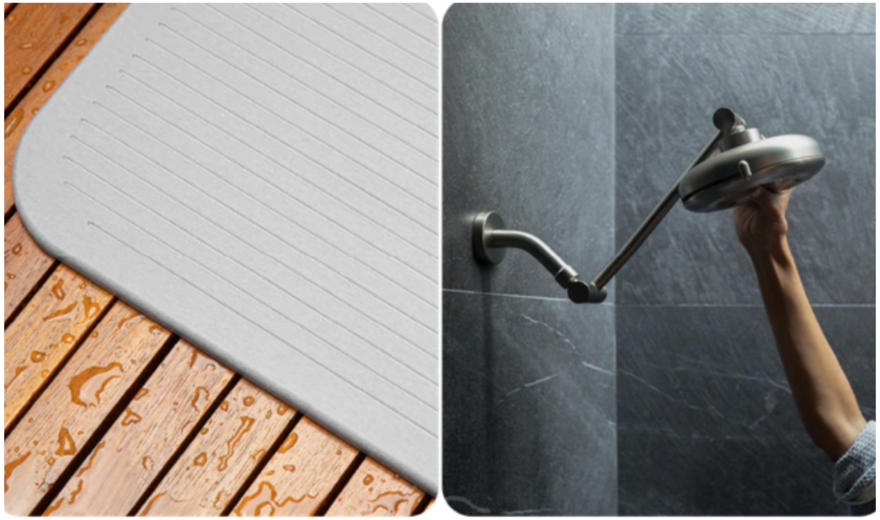 Creating change, one shower at a time

To create the Quattro, Nebia again teamed up with Moen, the most popular shower brand in North America, fusing innovative nozzle technology with quality engineering and manufacturing at scale. "The partnership is crucial to accelerating our goal of saving as much water as possible," says Winter. "Our mission is to transform how people interact with water by building innovative products that people love to use and that are better for the planet. If we are doing our jobs right, in ten years, there will be a Quattro that has continued to evolve and improve." And with this newest launch, all four modes will flow less than 1.5 gallons per minute, compared to a 2.5 GPM standard shower, enabling the average family of four to save over $300 per year on water and water heating costs.

"We knew that Quattro was ready to ship when we tested the prototypes with independent customers in their homes last October, and several effusively asked if they could keep them. We had tested hundreds of sprays in our office, and we were confident that these were best-in-class and saved a lot of water. But you never know what happens when you send them out into the world. So when we got the overwhelmingly enthusiastic feedback from in-home tests, we knew that we had some compelling spray experiences."

The Quattro campaign also comes with rewards including the Nebia Adjustable Shower Arm (aka NASA), 18 inches of additional motion range for increased power, and the Quick-Dry Earth Mat. Made of diatomaceous earth—a naturally occurring silica-based material composed of stone and algae sediment found in waterbeds and deserts—it dries within minutes, preventing germs and mold from growing.

A refreshing change of pace

"At the end of the day, we want to give customers the choice of upgrading their shower and saving water. And we believe Quattro is a huge step in that direction," says Winter. Currently, the team is working on several exciting product launches, with sustainability and new materials at the core. "We don't want people to buy this shower because it saves water, although it can in a meaningful way. We want people to buy Quattro because it gives them the best shower experience they've ever had. Everyone deserves a fantastic shower—we just don't want it to come at the cost of the environment."

Nebia by Moen Quattro is available on Kickstarter until Aug 12.