Is this a scam, or an earnest second effort?

I just watched this video of Si Freedman, who says he is both an osteopath with 30 years experience and an industrial designer, making what seems to be a reasonable case for rethinking ergonomic chairs:

I liked the bit about using less materials, and solving long-term pain issues with more purposefully-designed seating sounds wonderful. Freedman has started a company called Hesed Design to realize this vision, and is attempting to launch his chair design on IndieGogo. 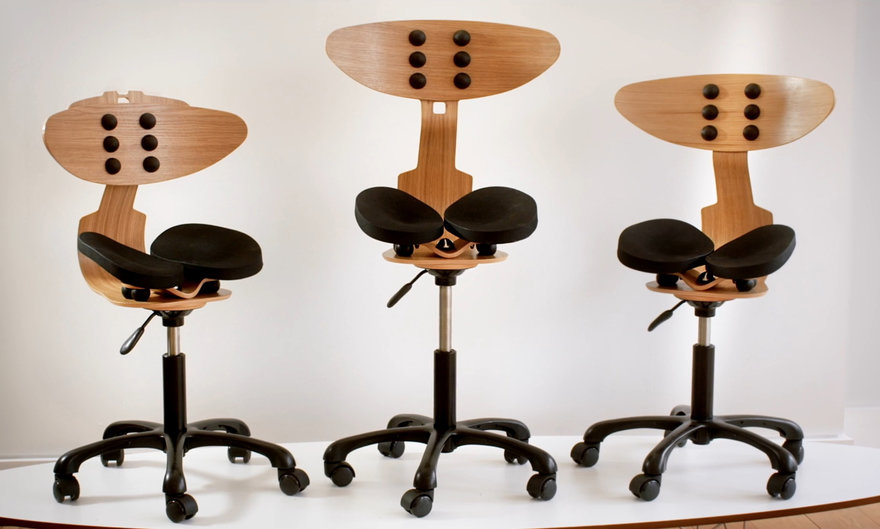 There's just one problem—or maybe four. About seven years ago Freedman, then using his full first name of Simon, successfully launched a similar design on Kickstarter, to the tune of £340,141 (USD $470,653 today) in pledges. This did not go well for the backers. Many reported never receiving the chairs at all, with no response from Freedman. Of the ones who did receive the chairs, many claimed they were so uncomfortable as to be unusable. Others reported that due to a manufacturing defect, the chairs would collapse, pitching the sitter forwards and onto the floor. Still others reported receiving an e-mail from Freedman warning them not to use the chairs due to said manufacturing defect—with no refund offered.

You can read through the comments yourself here. (Warning: There's nearly 900 comments, many of them pretty angry.)

At press time the IndieGogo campaign, which is under the name "Hesed Design" and doesn't have Freedman's name anywhere on the page, had $29,912 in pledges on a $69,273 goal. I'll be very curious to see how this one turns out.