One data visualization researcher looks to have gotten it right

On this farm, I've learned the weather app shapes your day more than the calendar app. Outdoor work is only efficiently executed when cooperating with the elements. Weeding is best done after a thunderstorm. Mowing slopes can only be done when it hasn't rained for at least three days. On 100-degree days, heavy work has to be done in the shade. A fully-laden wheelbarrow can only travel across dry ground. And if a thunderstorm's rolling in, I know there's a chance we'll lose power, giving me some time to prepare.

Long story short, I spend a lot of time glancing at weather apps. Some of them really suck. While they all draw from the same databases, design is the differentiator.

The Accuweather app is probably the worst. Look at this typical screen grab: 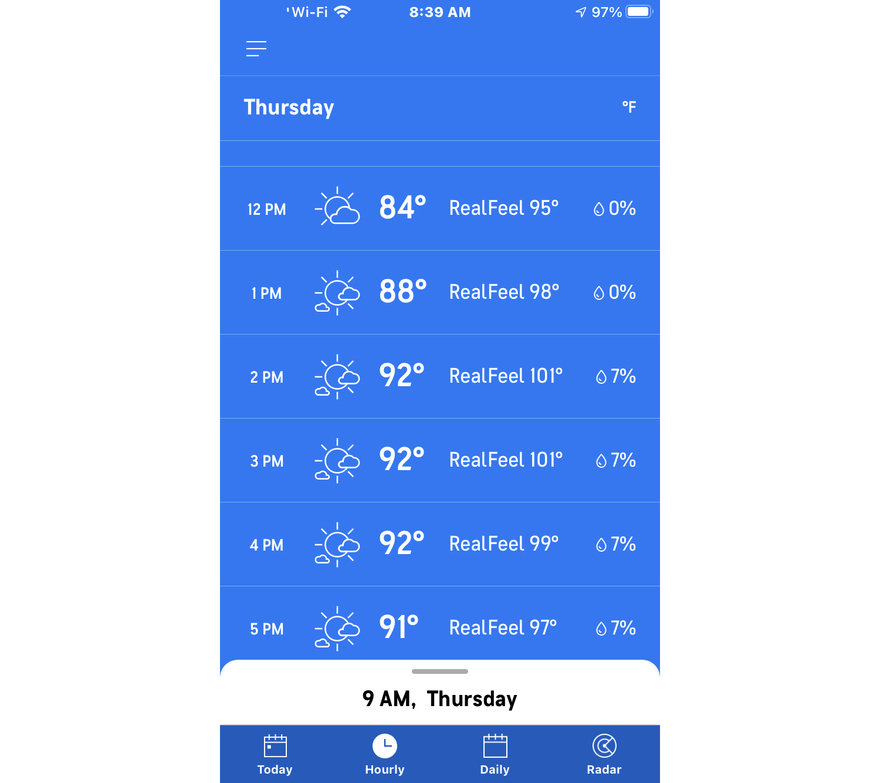 You've got this powerful mini-computer and screen that could convey any color you want, yet they've gone with a monotone set-up, a tiny, minimalist font, and difficult-to-parse "flat" icons for the weather conditions. ­Color should be used to differentiate different weather patterns and/or temperature.

The Accuweather app also commits the sin all weather apps do, which is to prioritize the actual temperature over the perceived temperature:

And look at this stupid circular dial. You're supposed to visually go around this circle to comprehend what the next four 15-minute quadrants of weather are going to be like? 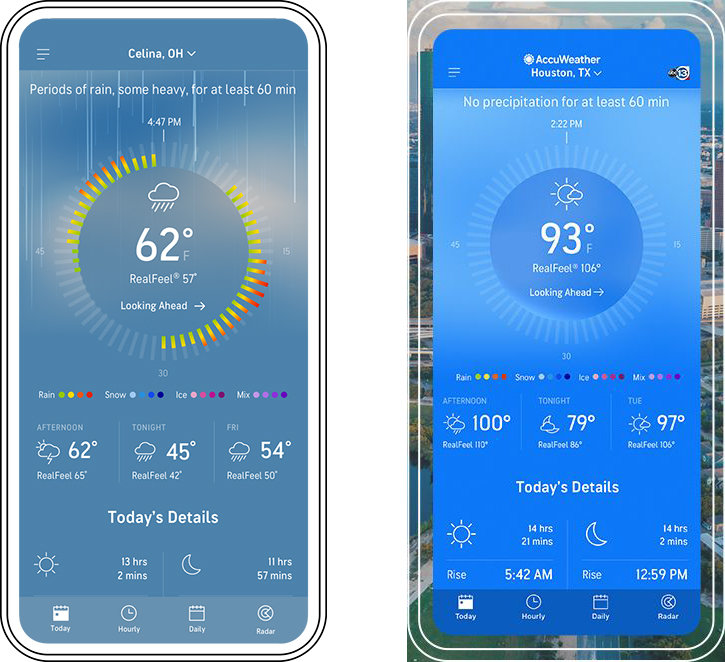 My neighbor swears by the Dark Sky app. I've tried it and find it just okay. It doesn't make good use of color. I don't like that the default setting is to list the conditions in two-hour increments, but at least the temperatures are positioned to give you a visual idea of when it rises and falls. And at least it has a "Feels-Like" button you can hit that only shows you the perceived temperatures. I wish that was the default. 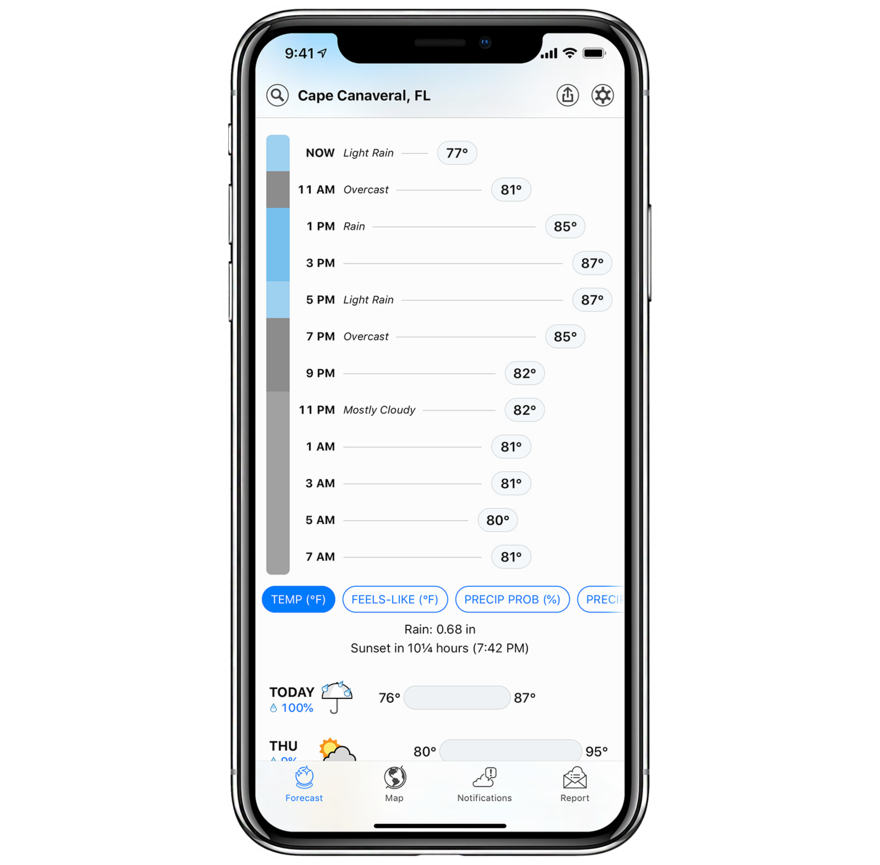 The orange warnings that pop up from time to time are helpful. They're easy to spot, and anytime I see that orange, I know I have some immediate work to do: Closing windows, covering things, moving machines under roofs, warning my wife so she can shelter animals, etc. I also like the visualized graph of rainfall intensity. 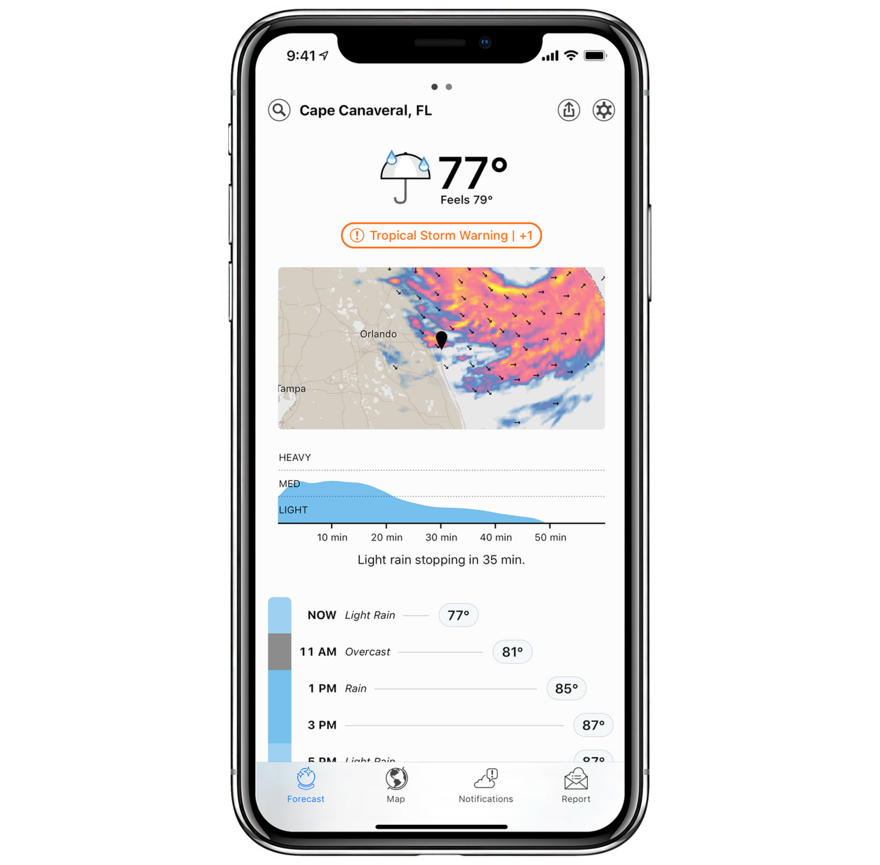 I just stumbled across another app, this one called Weather Strip. It was created by Robin Stewart, a data visualization researcher, and it makes brilliant use of color, graphics and the functionality of a swipe-able screen. 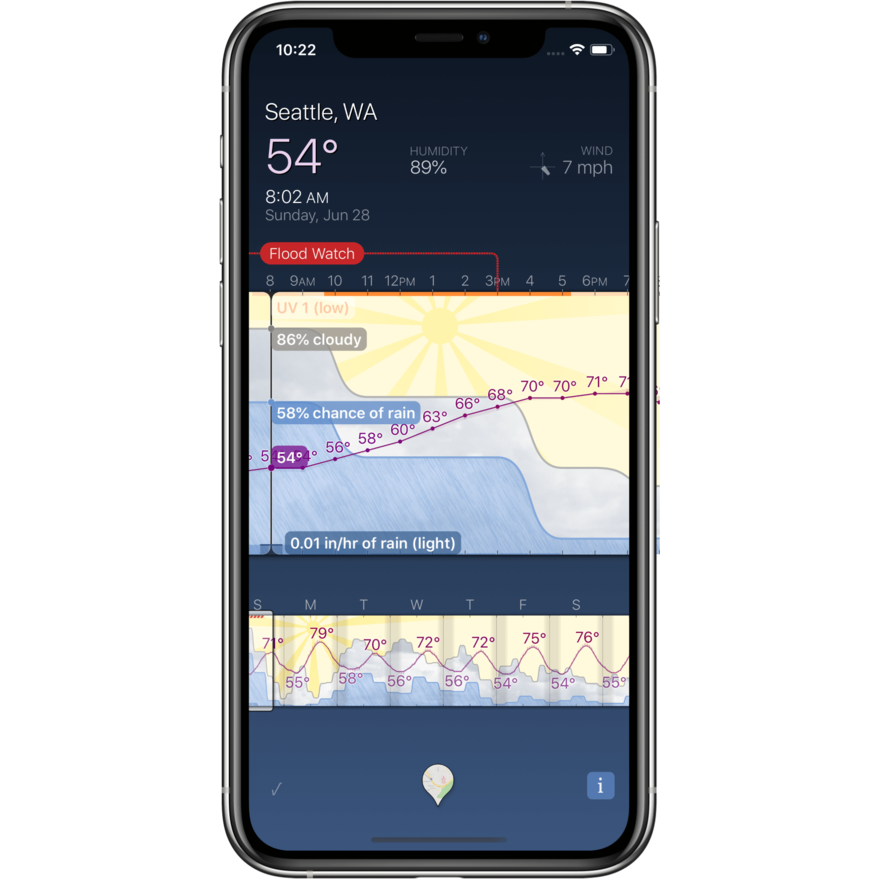 Presenting the temperatures on a graph line, and having that line intersect with colored areas representing weather patterns, is brilliant. It is easy and intuitive to grasp what the "shape" of the coming day will be, weather-wise. 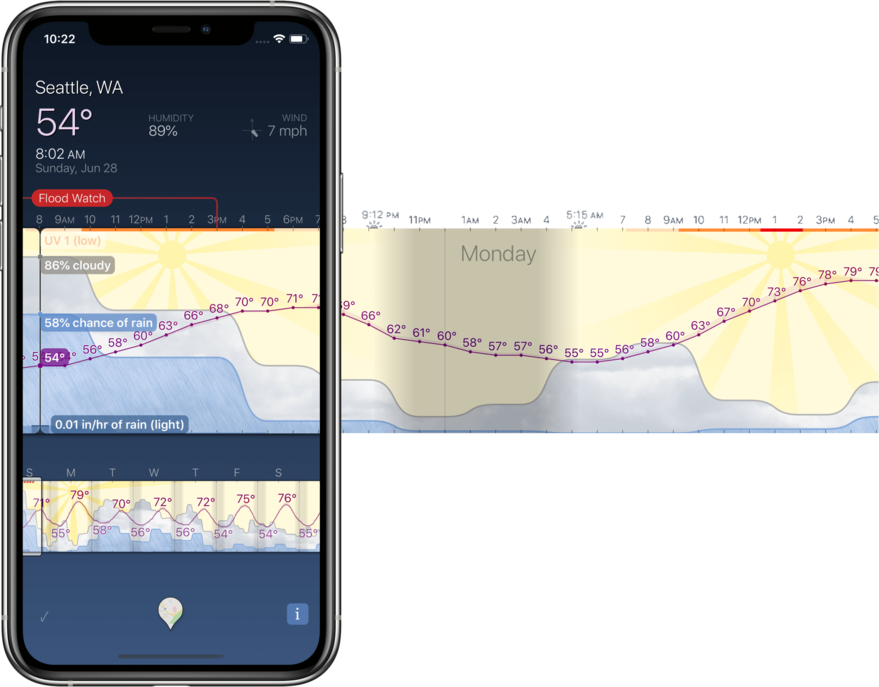 I've only just started using Weather Strip, and haven't decided if I'll stick with it or not. The other apps are free, but this one, after the free trial, runs $3.99/year. So far it's promising.