Rotterdam-based product designer Chris Kabel, an Eindhoven alumnus, has run his own firm since 2001. "Happy to share my latest large scale facade project," Kabel writes, "made of a specially designed brick: Binder Klinker." 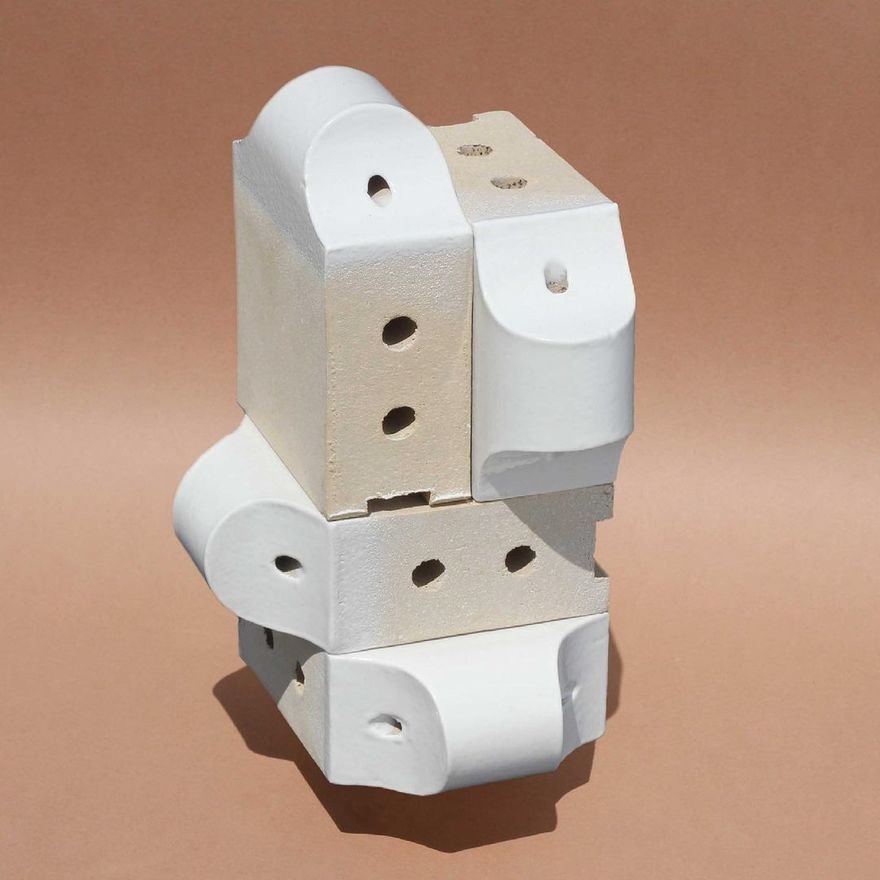 "Once the Rozenprieel neighborhood in Haarlem was a pleasure garden with hatcheries, parks and meadows. Due to the population growth in the 19th century, it became the most densely populated area of Haarlem, with little place for urban green." 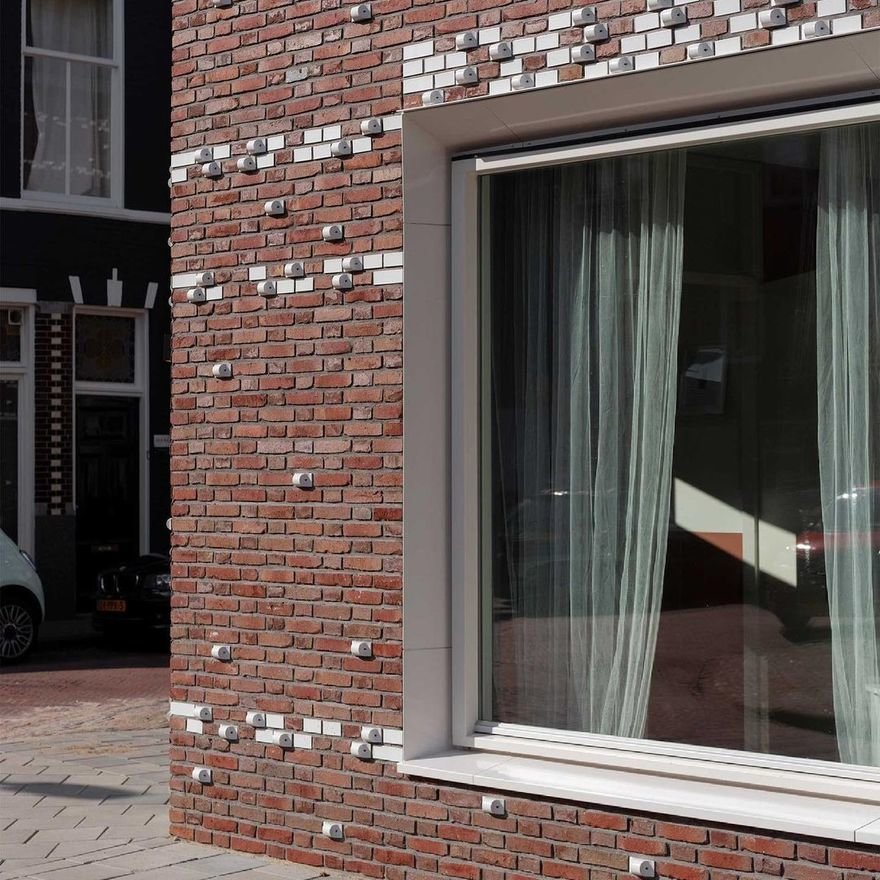 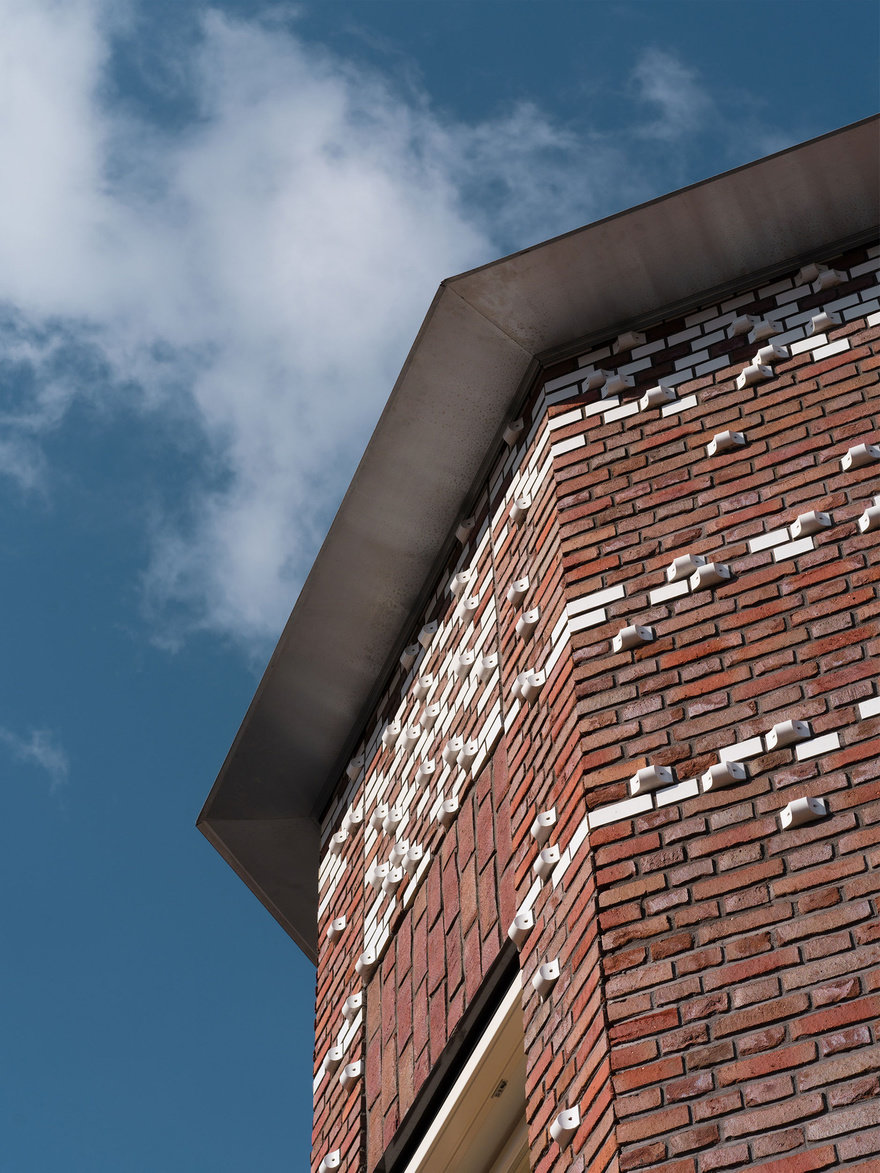 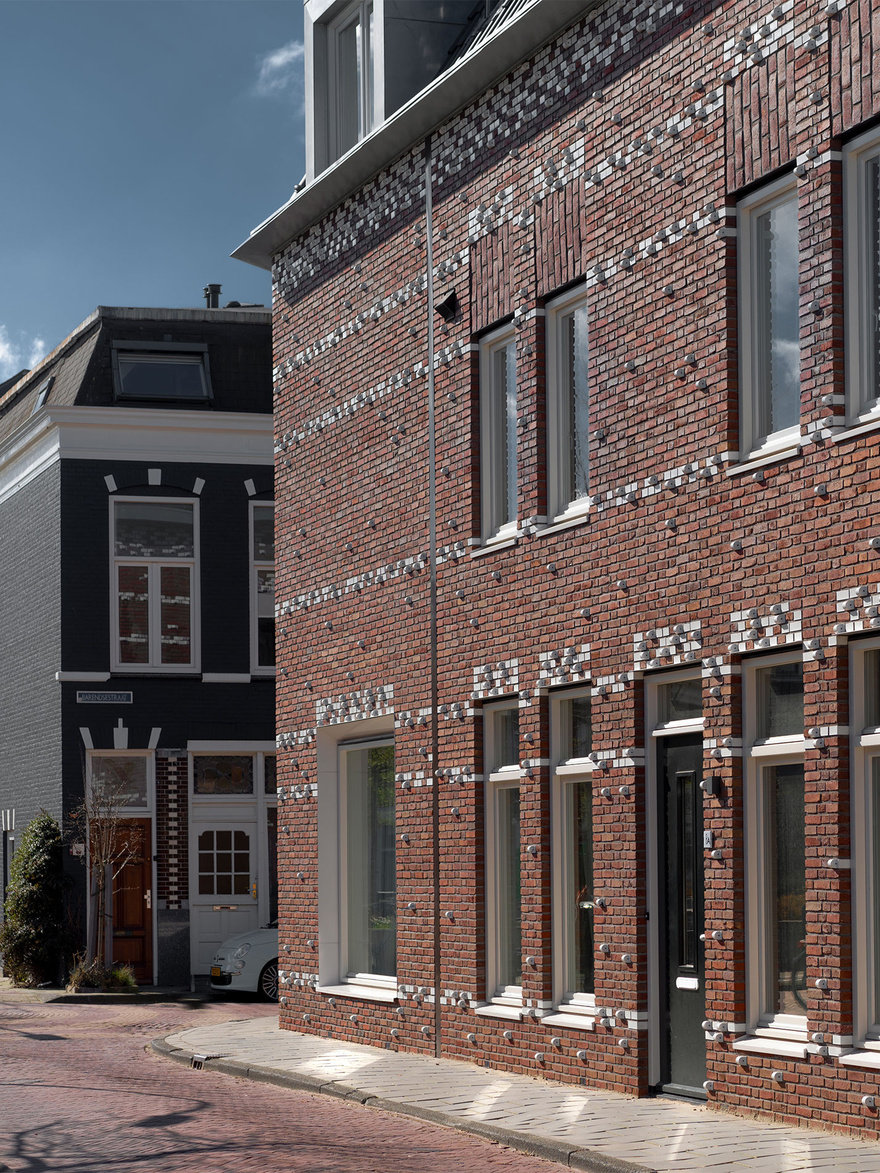 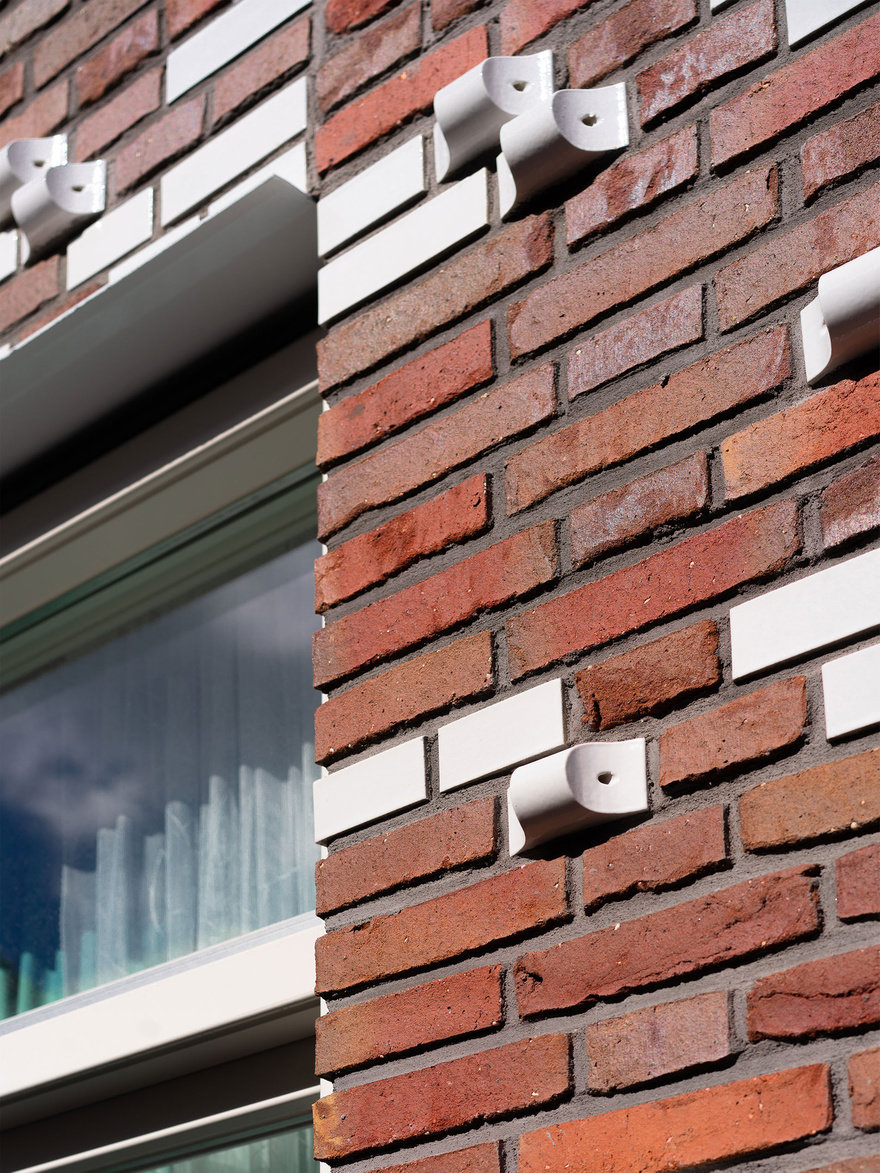 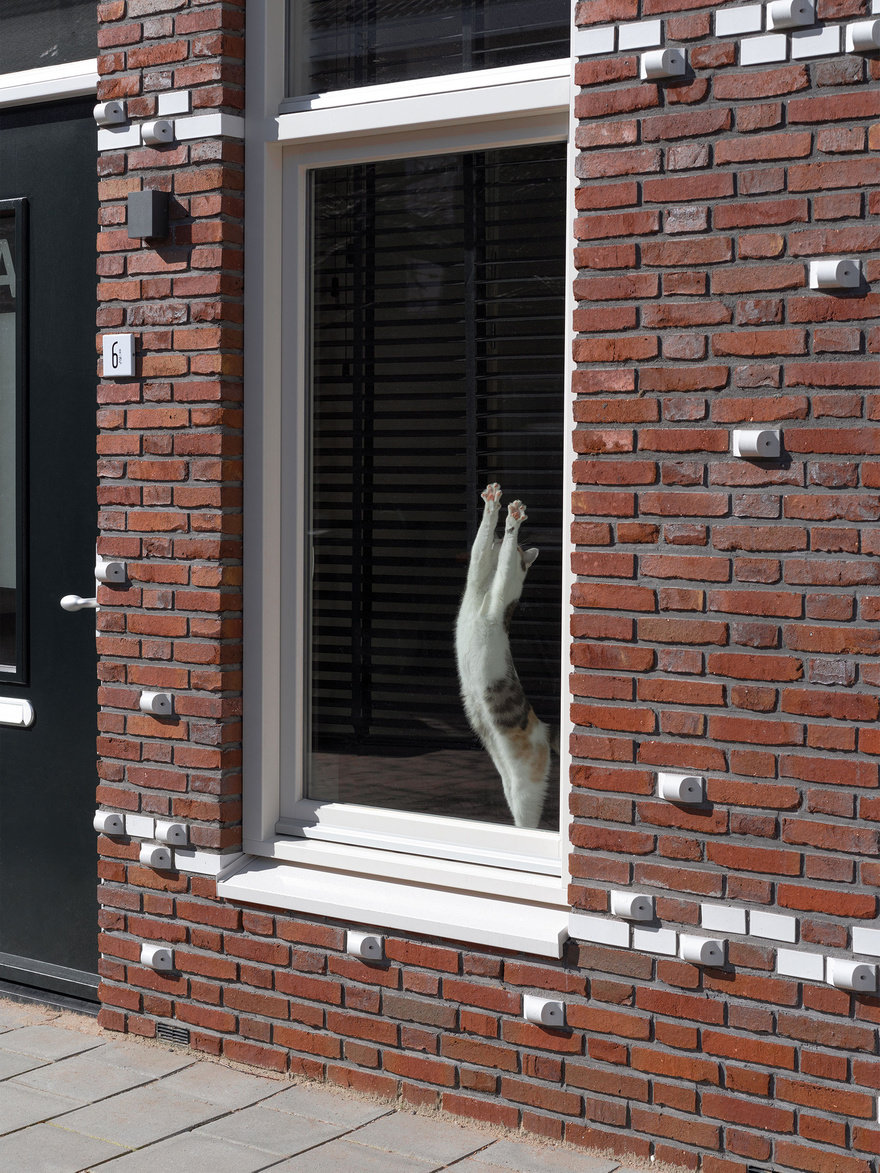 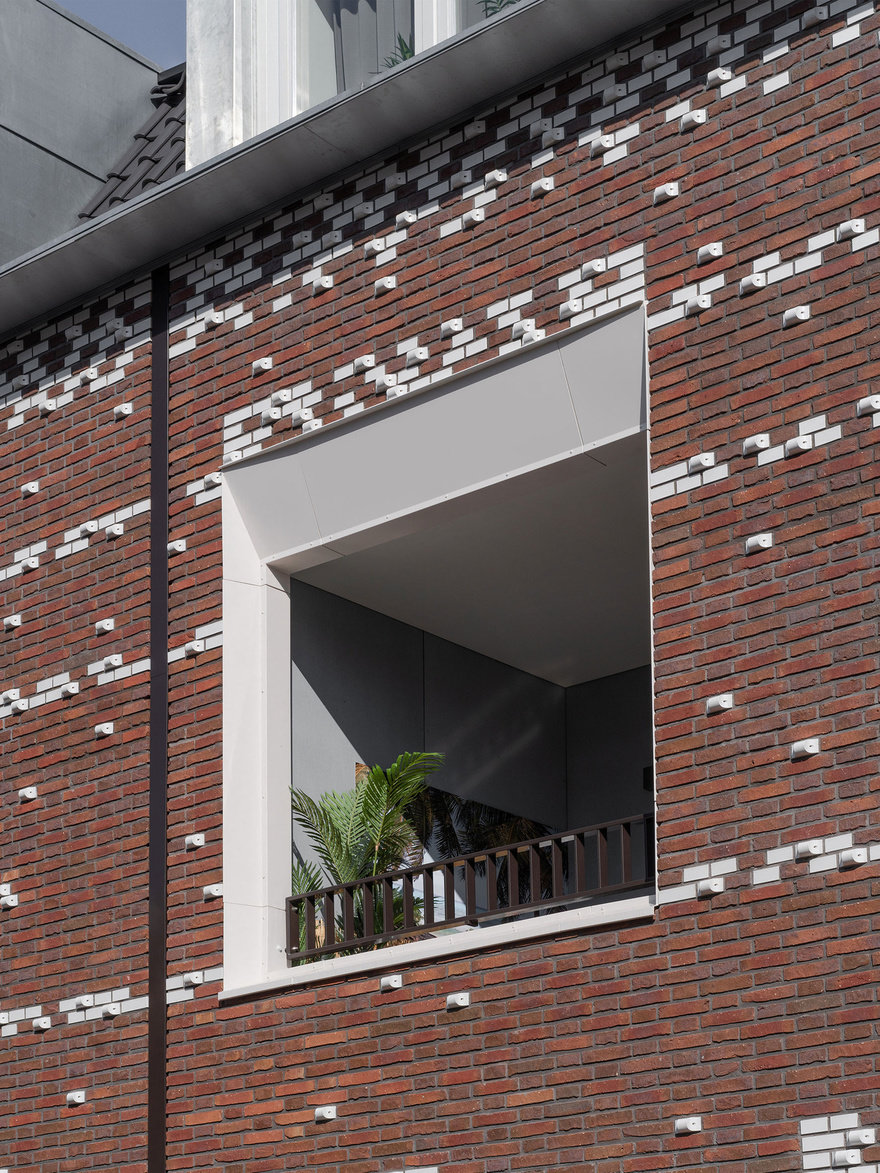 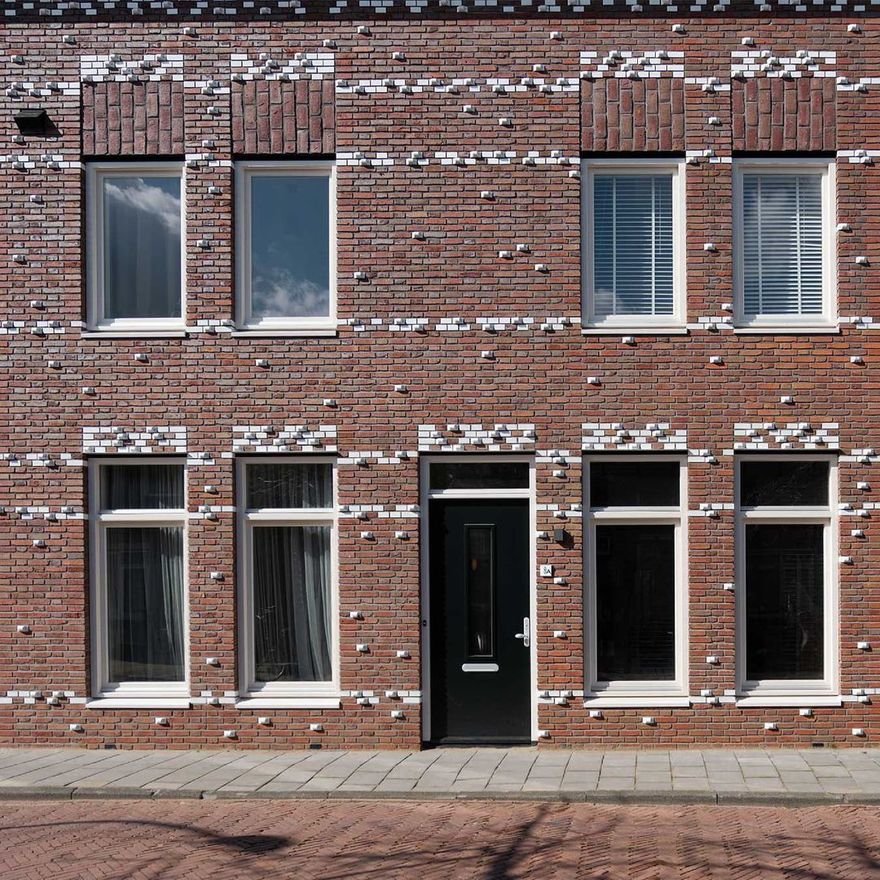 "To inspire the current inhabitants to guide plants along their façade, we developed the Binder Klinker (the Dutch word klinker means sintered brick). The special brick protrudes from the wall and has a hole that allows plants to be attached to the façade with a rope." 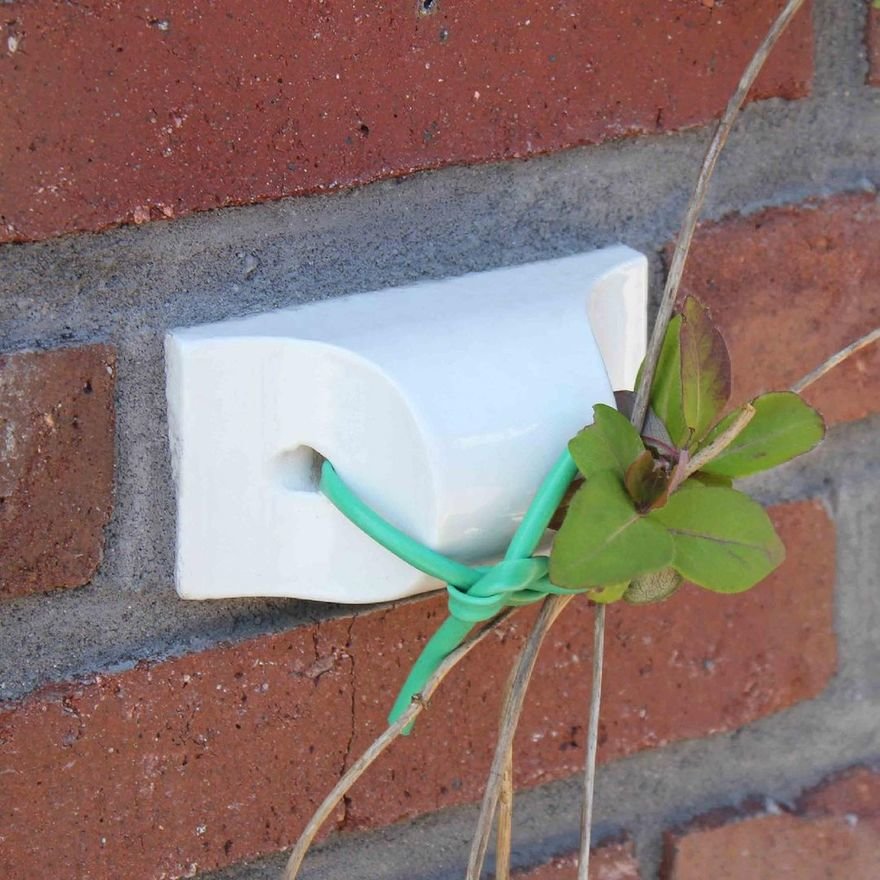 This is no concept; Kabel developed the Binder Klinker for a housing project in the Rozenprieel neighborhood, designed by Amsterdam-based architecture firm M3H. "It gives new meaning and function to vernacular architectonic elements like the white ribbons and the windowsills," Kabel writes. "Next to that the brick is an open invitation to plant and guide Wisteria, Rose and Honeysuckle along the brick façade." 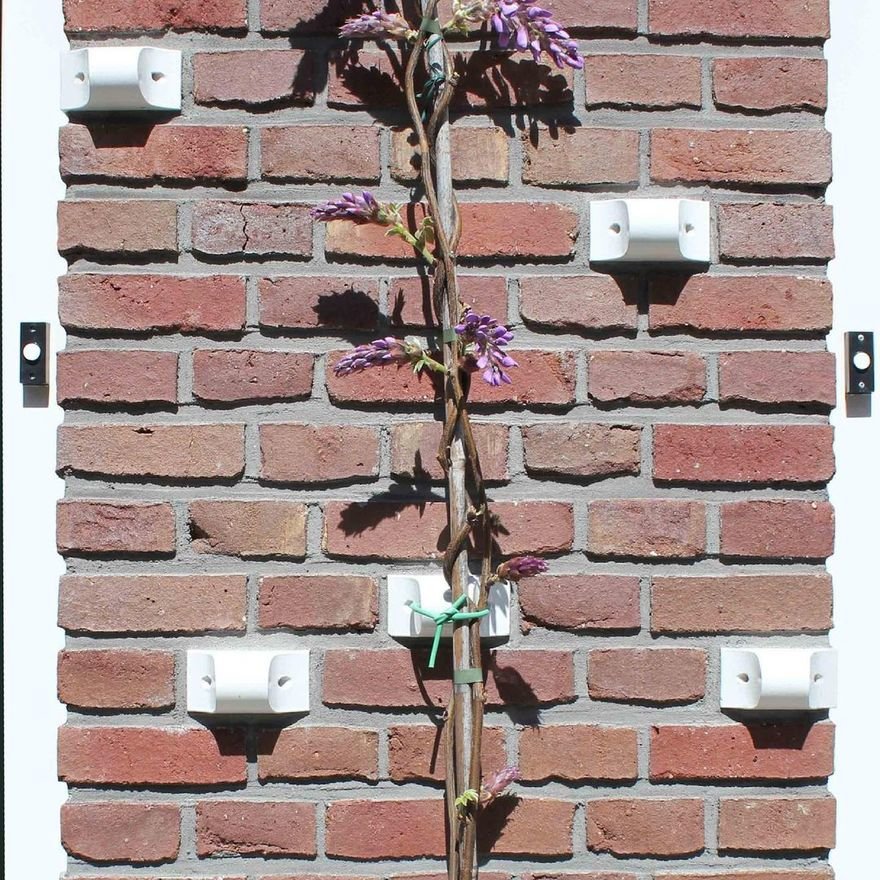