Ford Develops a Mustang-Themed Cologne With a Gasoline-Like Smell

At the UK's recent Goodwood Festival of Speed, Ford unveiled a new creation that wasn't a car. Instead, this: 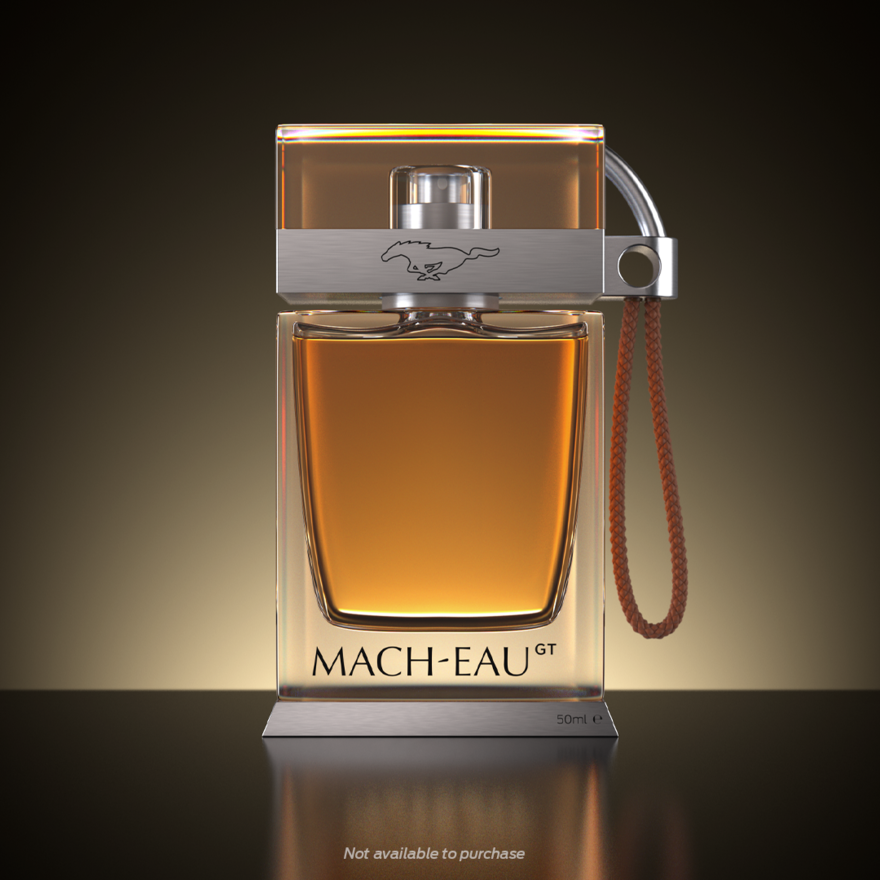 That's Mach-Eau, a fragrance they commissioned from British perfumer Pia Long. And apparently it has notes of gasoline and other traditional car smells. It appears they created the cologne as a marketing gimmick to push the gasoline-free, all-electric Mustang Mach-E GT:

"In a Ford-commissioned survey, one in five drivers said the smell of petrol is what they'd miss most when swapping to an electric vehicle, with almost 70 per cent claiming they would miss the smell of petrol to some degree. Petrol also ranked as a more popular scent than both wine and cheese, and almost identically to the smell of new books.

"The new scent is designed to help usher these drivers into the future of driving through their sense of smell. Rather than just smelling like petrol though, Mach-Eau is designed to please the nose of any wearer; a high-end fragrance that fuses smoky accords, aspects of rubber and even an 'animal' element to give a nod to the Mustang heritage."

Ford says the scent is "not available to buy," but instead is "part of Ford's ongoing mission to help dispel myths around electric cars and convince traditional car enthusiasts of the potential of electric vehicles." Maybe they spritz you at the dealership if you test-drive a Mach-E?

Ford Develops a Mustang-Themed Cologne With a Gasoline-Like Smell