The Tokyo 2020 design is, of course, 3D-printed recycled plastic

Due to COVID, Olympic medalists in Tokyo will have to put their medals on themselves. That's a first. Another is that the podium they'll be standing on is 3D printed, and made from recycled plastic gathered by the Japanese public, including plastic waste fished out of the ocean. 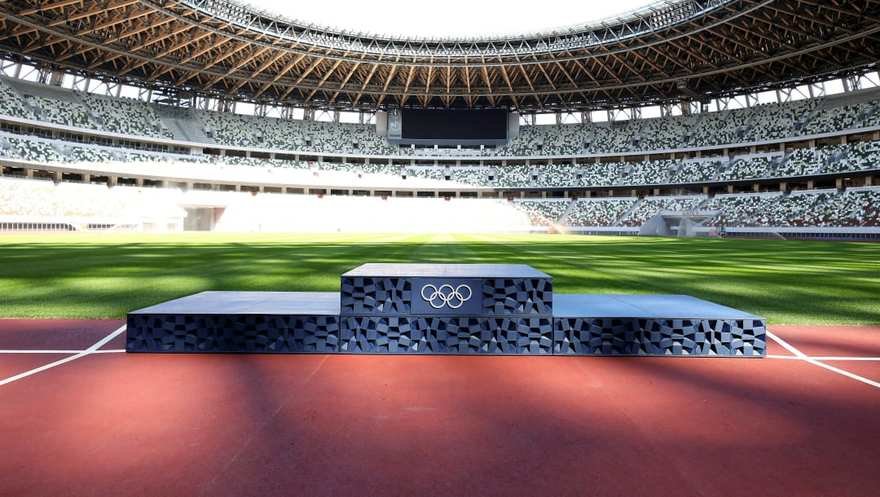 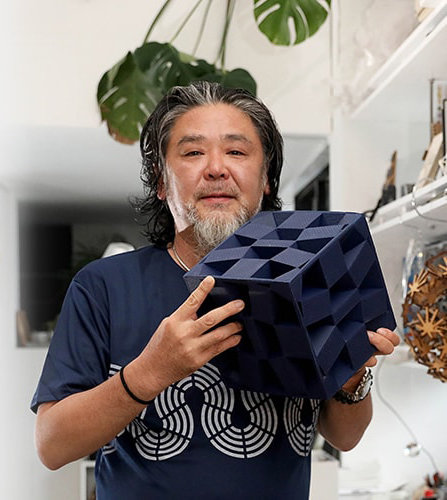 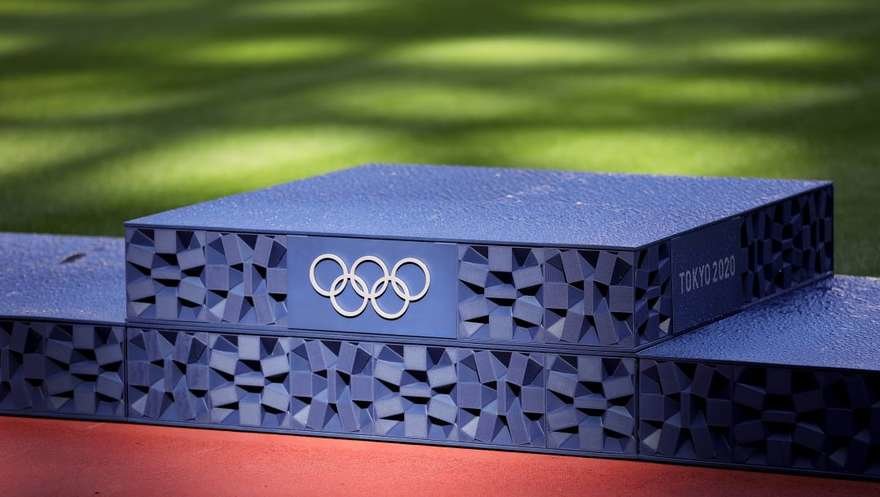 But looking at it, I realize I can't recall what a single other Olympic podium looked like. So here's what I found in the Olympic archives for the Summer games, and you can see the progression in design styles. 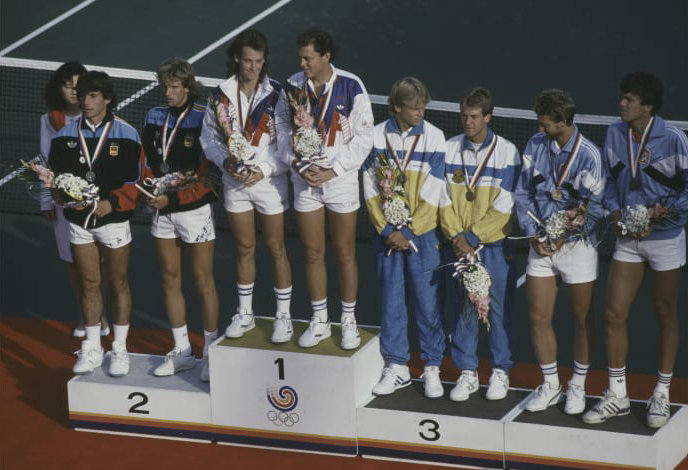 Okay, podium design was clearly not a high priority in '88. But at least they color-coded the tops and numbered them. 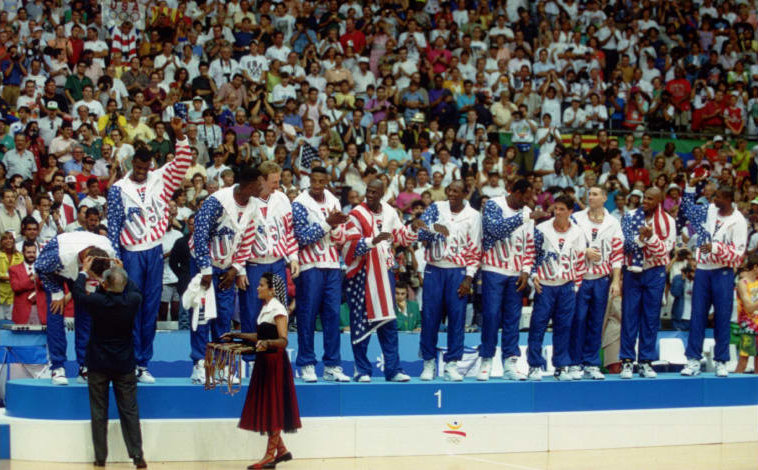 Numbered, but apparently the only paint they had was blue and white. Basic AF. 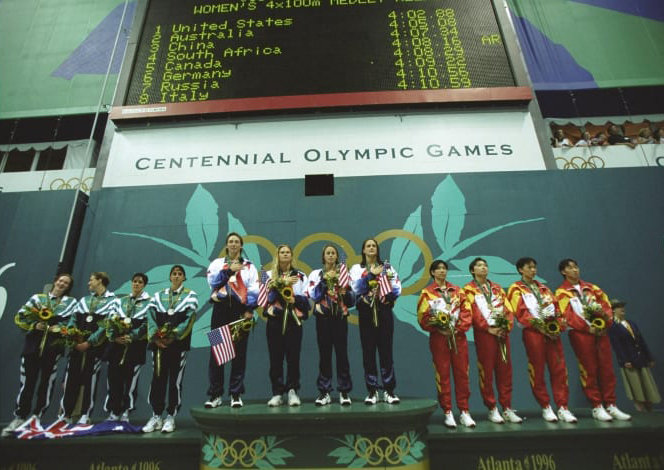 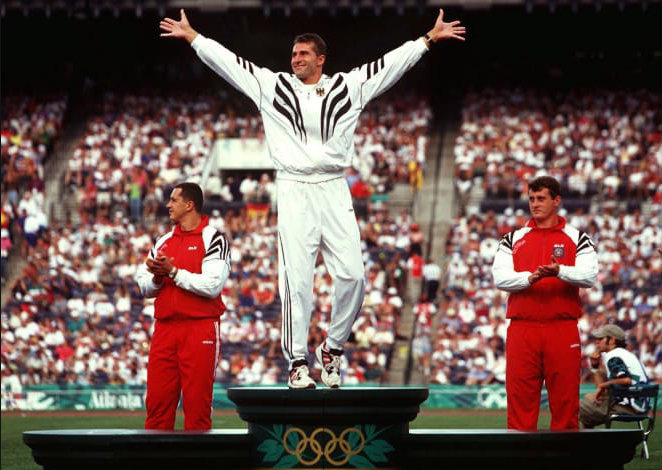 Atlanta ditches both the numbers and the color-coding, but goes logo-heavy. Welcome to America. 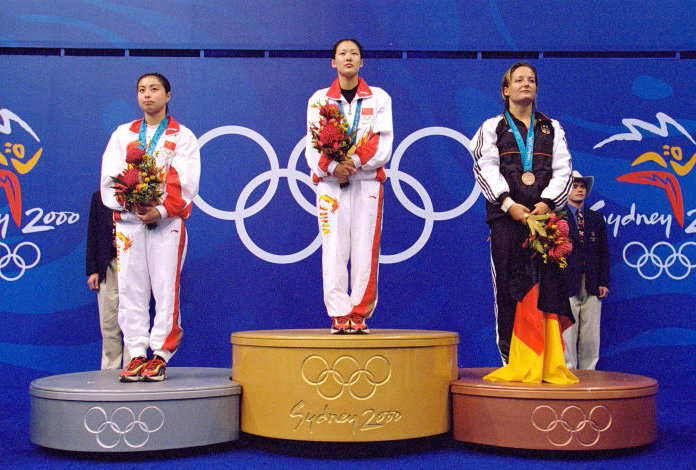 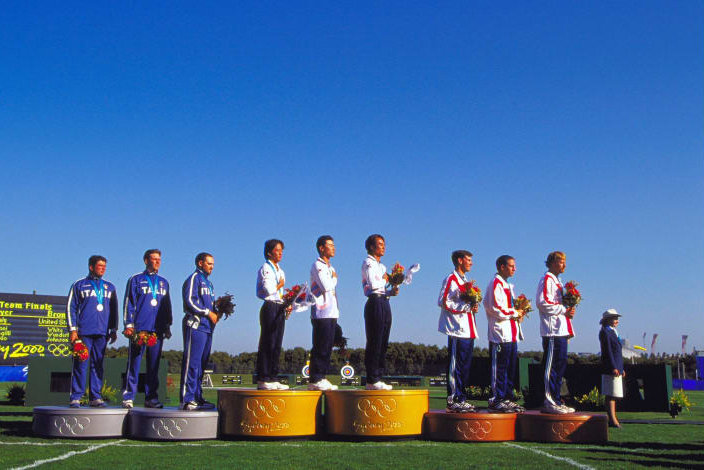 Sydney's is probably the best design for those with small TV screens; you can still clearly see which podium is which. But I also realize, looking at previously color-coded podium designs, that there's no consensus on what color "bronze" is. 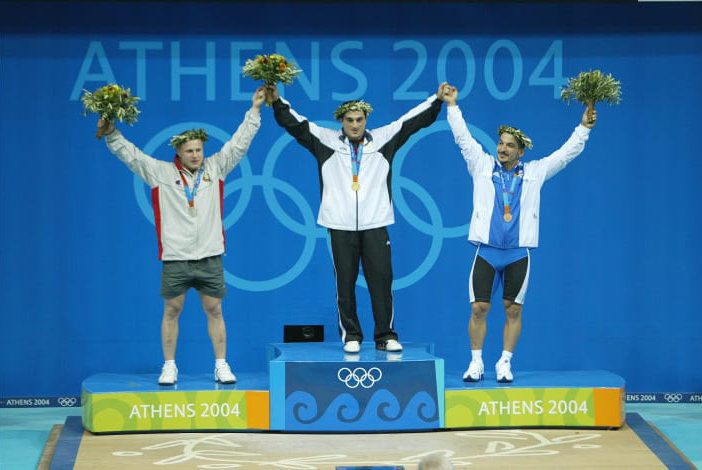 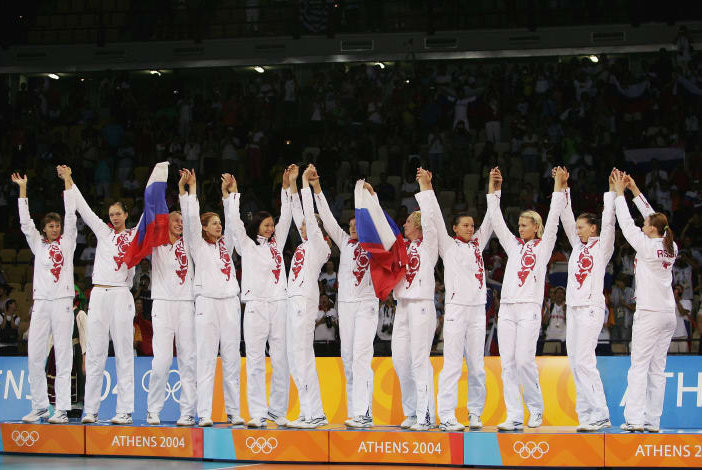 I think I've seen better props at grade school plays! This looks like someone bought a new color printer and was excited to experiment with it. I expected more from the town that hosted the first Olympics. 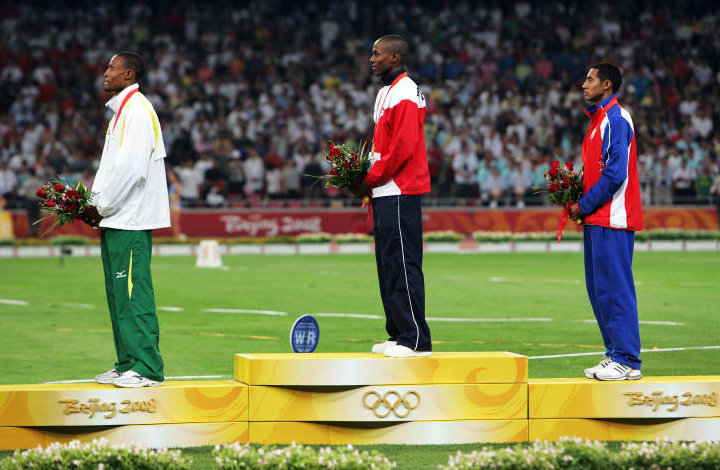 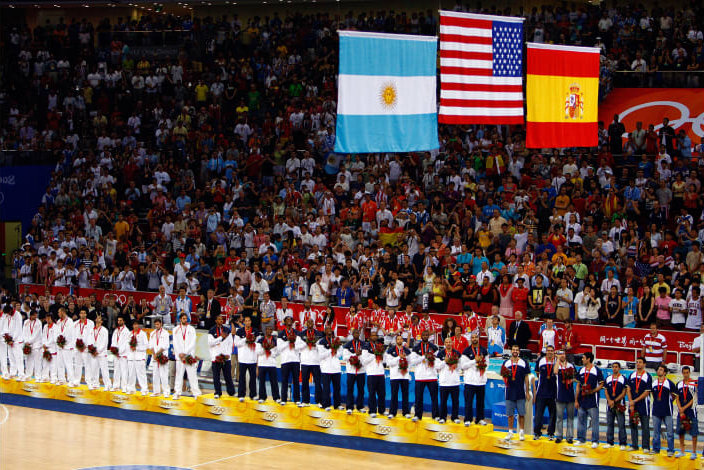 Who'd have thought it would be Beijing that introduced innovation? Here they've done something different than all of the others thus far: They introduced a small shadowing detail in the individual podium layers that, when multiplied over a larger assembly, creates a visually interesting pattern. It's almost a metaphor for the power of the masses. 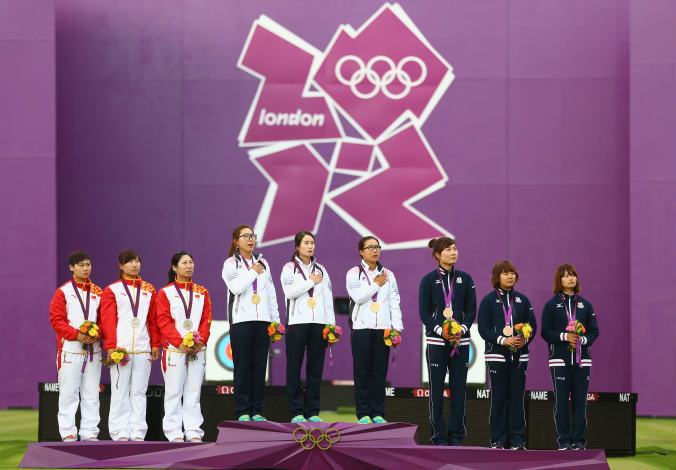 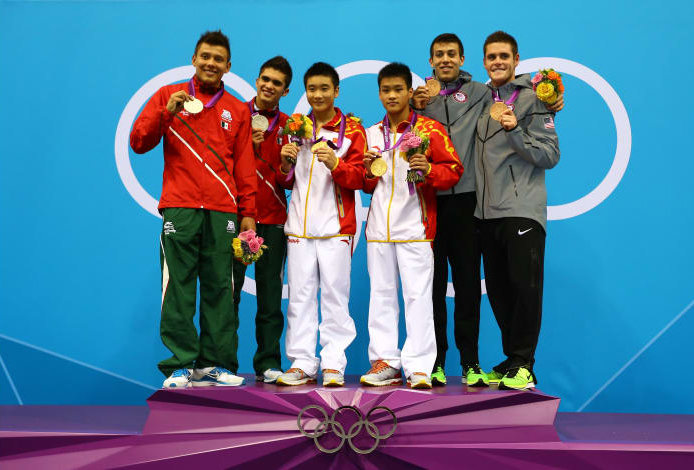 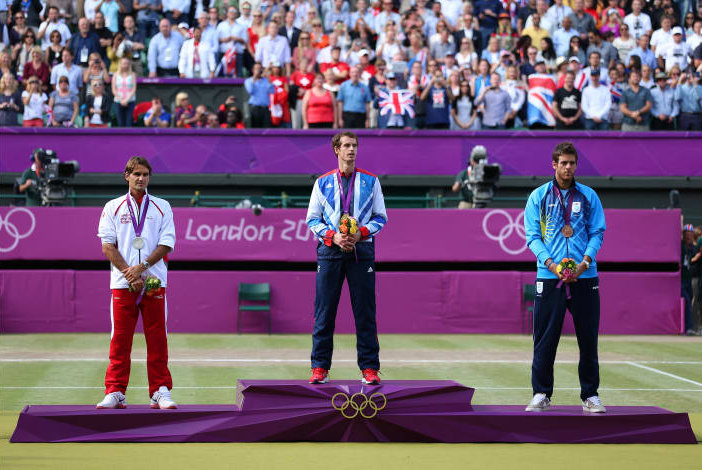 London goes full-blown designey. You can hear a British art director shouting at the fabricators: "More facets, gents!" or "Warp speed ahead!" 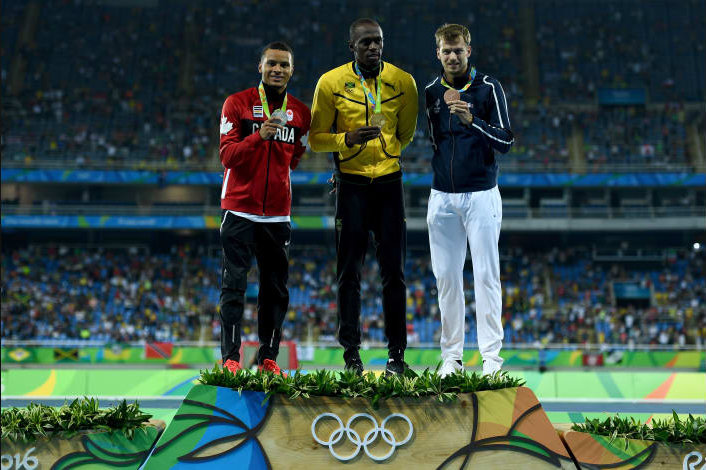 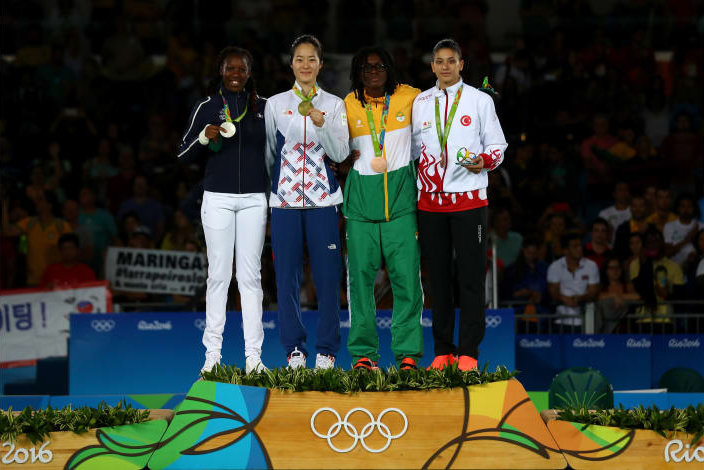 Rio goes craftsy and, well, they can get away with it; it's Rio. No one would expect anything less than fun and festive. 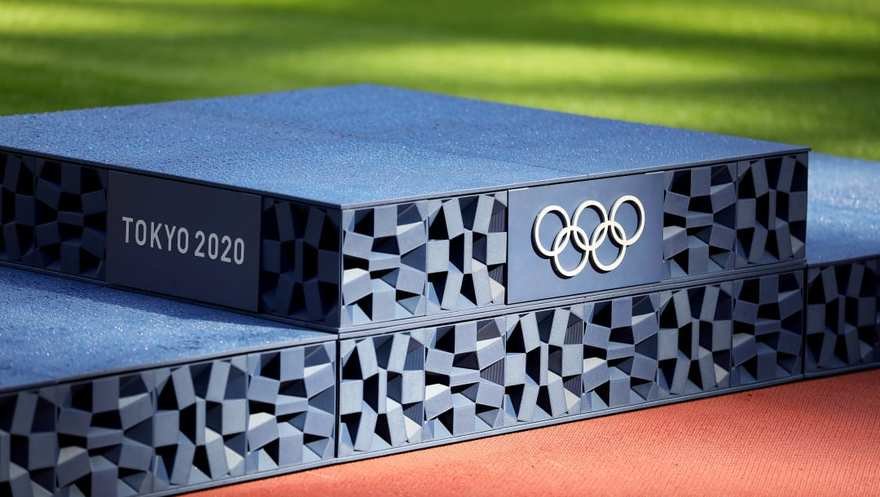 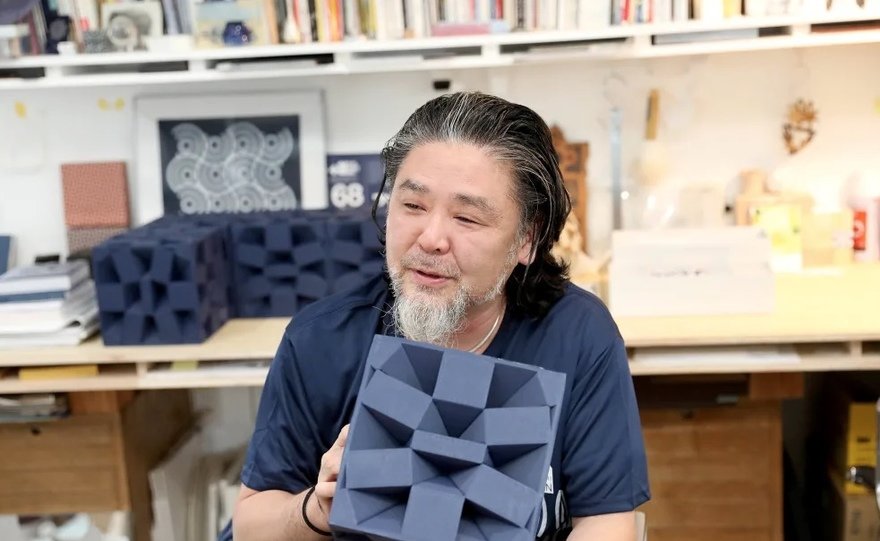 "The key concept here was 'connection.' For instance, a polka-dot pattern is made up of 'individual' circles that are laid out to form 'groups' of circles. The way they are aligned is determined by 'rules.' Rules, as in sports, are certain restrictions that serve as an essential platform. The proactive rules in my case were based on simple arithmetic-level geometry, or maths-level geometry when things became a bit more complex. The rules were a means of expression. This seems analogous to society. Rules exist to forge beautiful connections and create beautiful things."